DTT SUPPORTER
DTT BOTM WINNER
I am definitely not an upholstery guy, but I managed to fit a new seat cover (with Lenny's help). It's a big improvement. I may have to re do a couple parts that stretched weird. 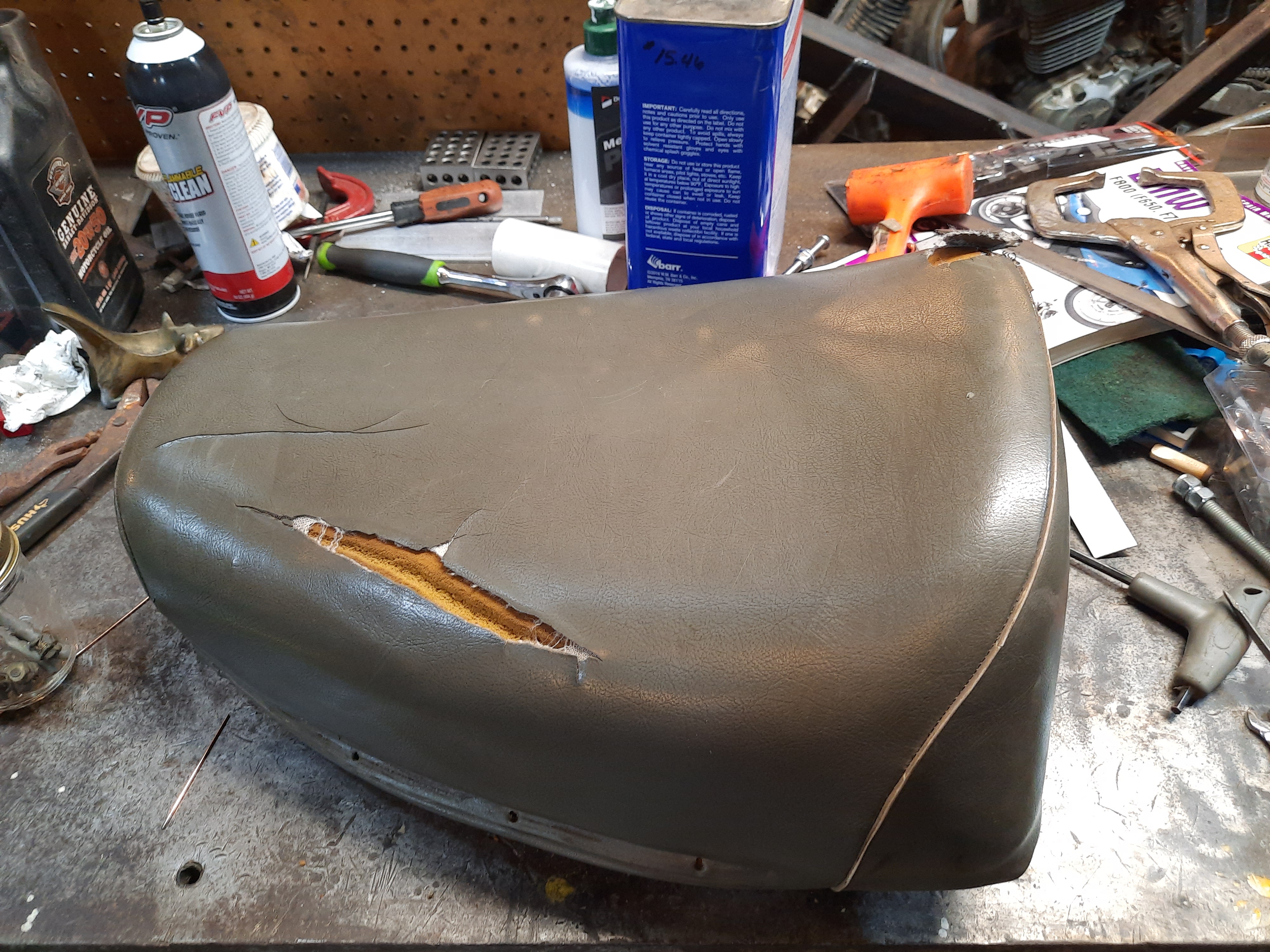 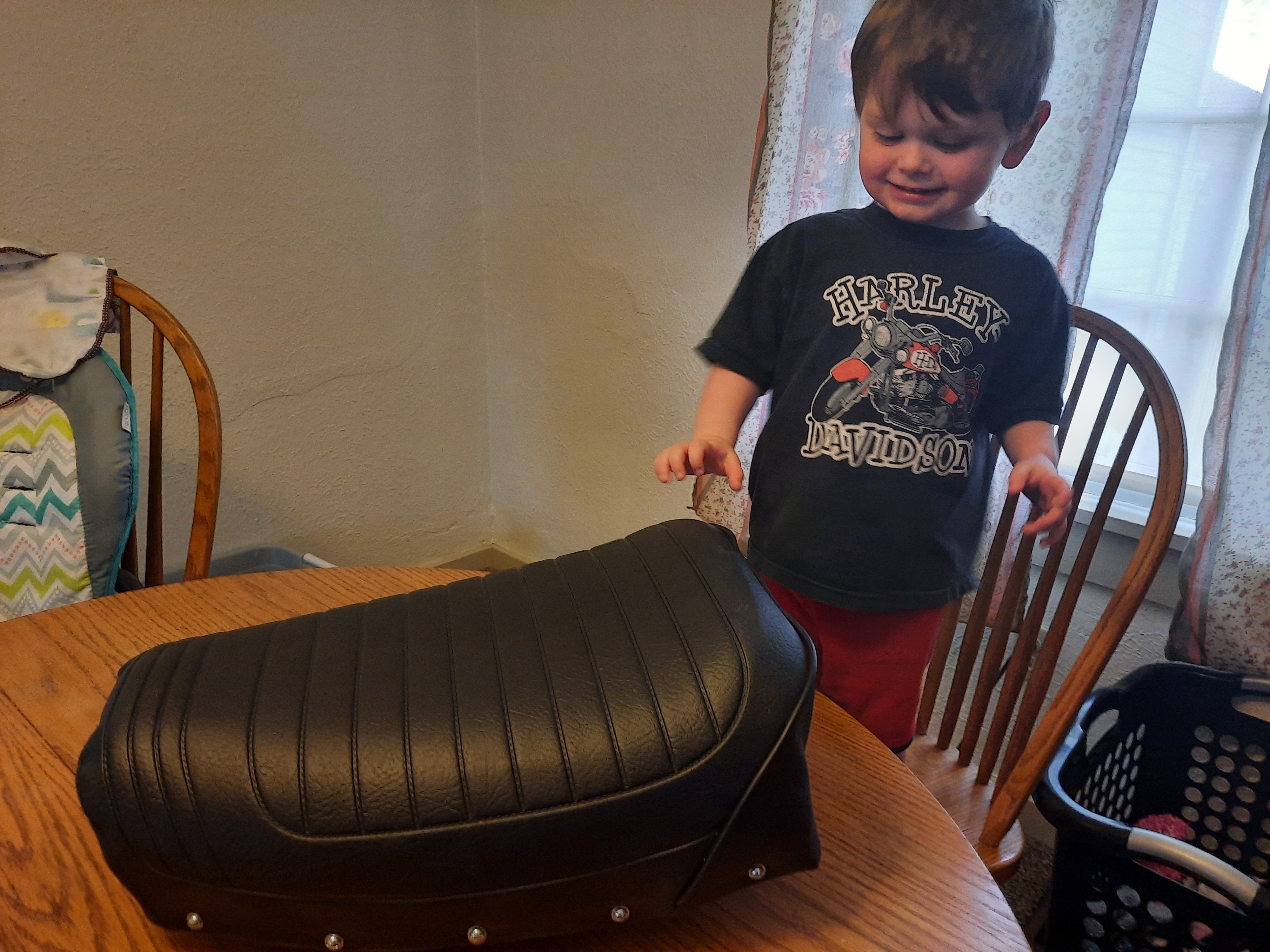 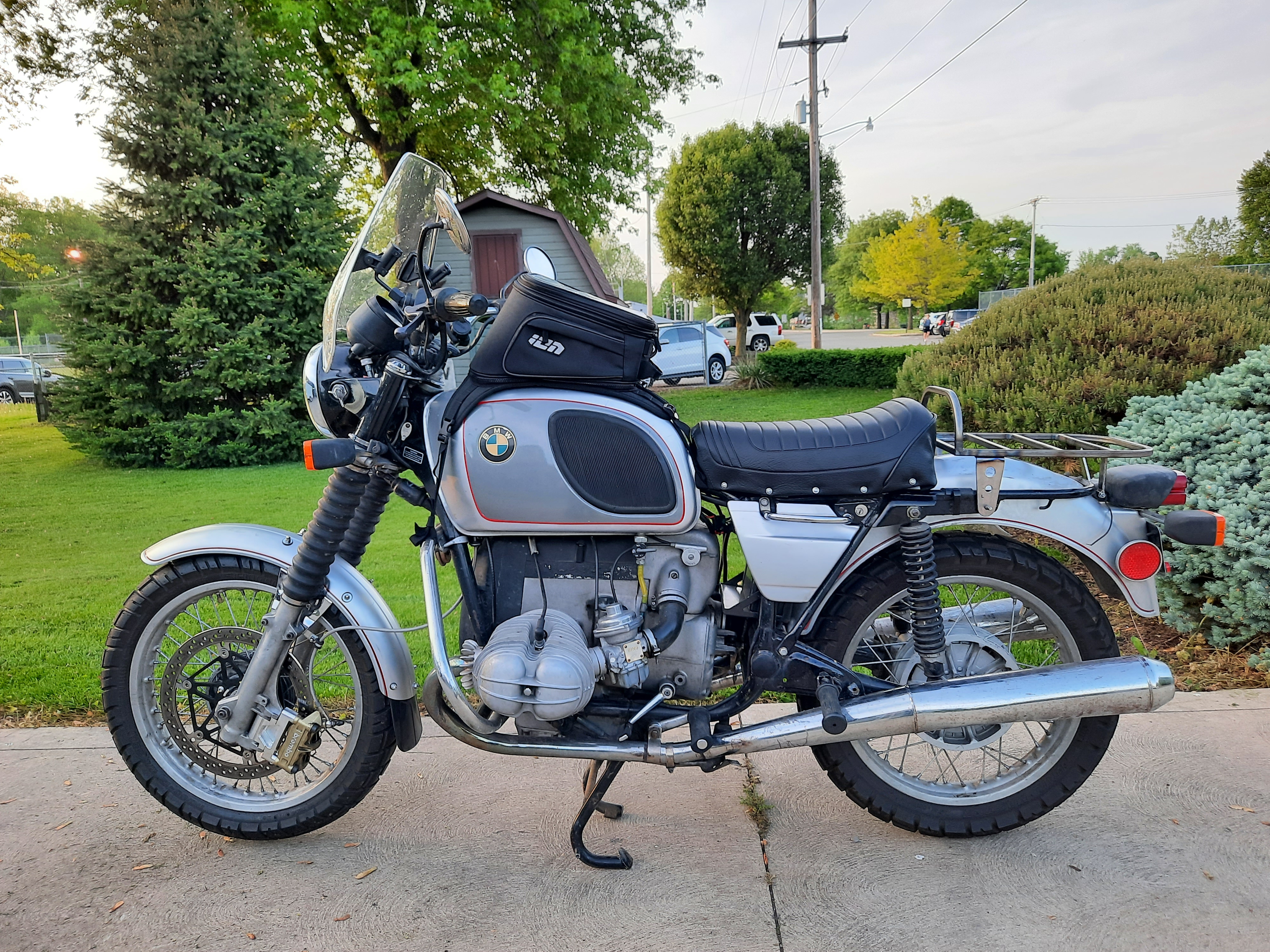 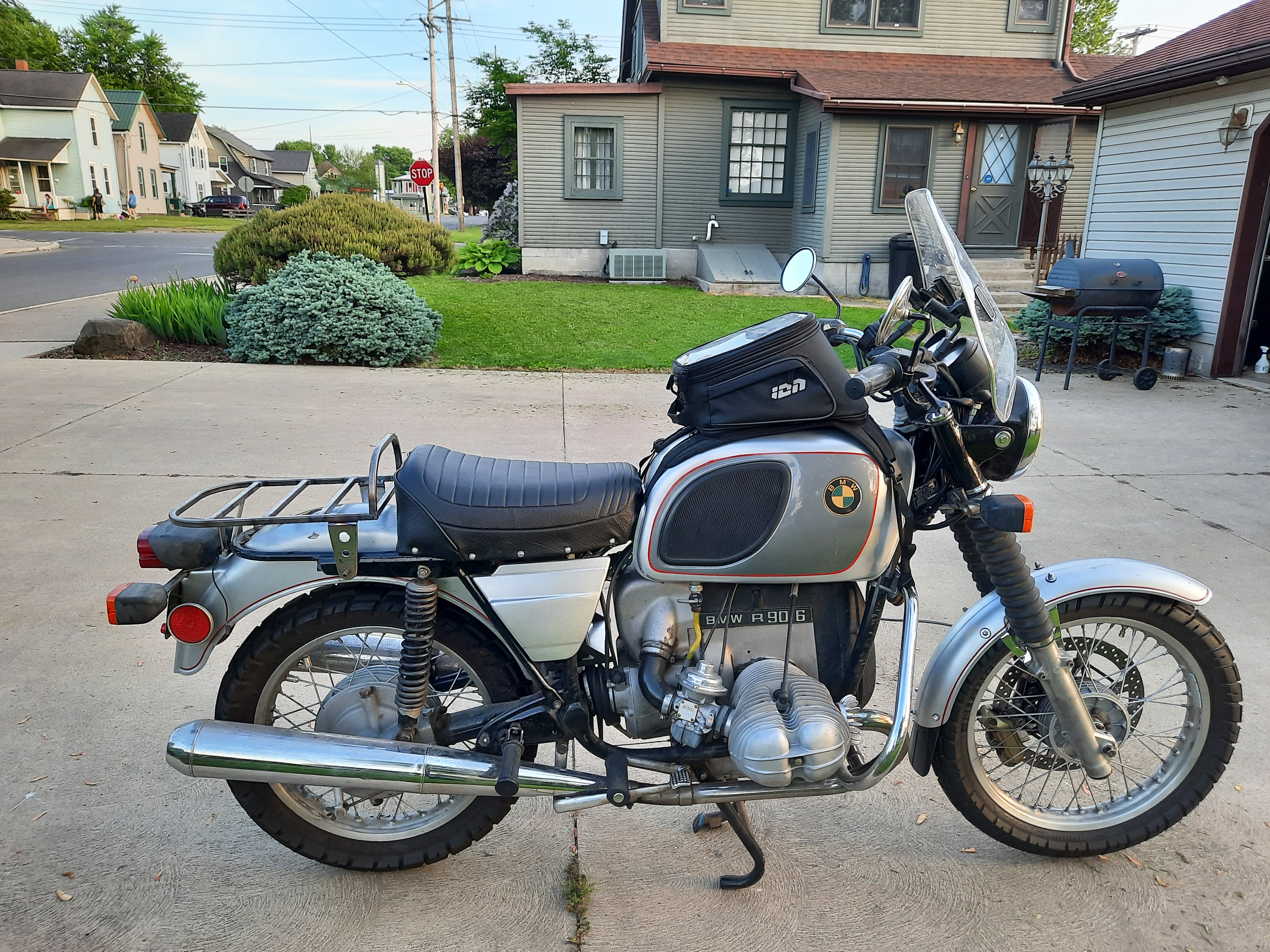 I'm working on fabbing up the pannier racks. Hopefully the paint will dry on them and the rear rack before the dgr this weekend.

I hacked up the pannier racks and made new mounting brackets. I may or may not get a change to spray bomb them before the dgr. 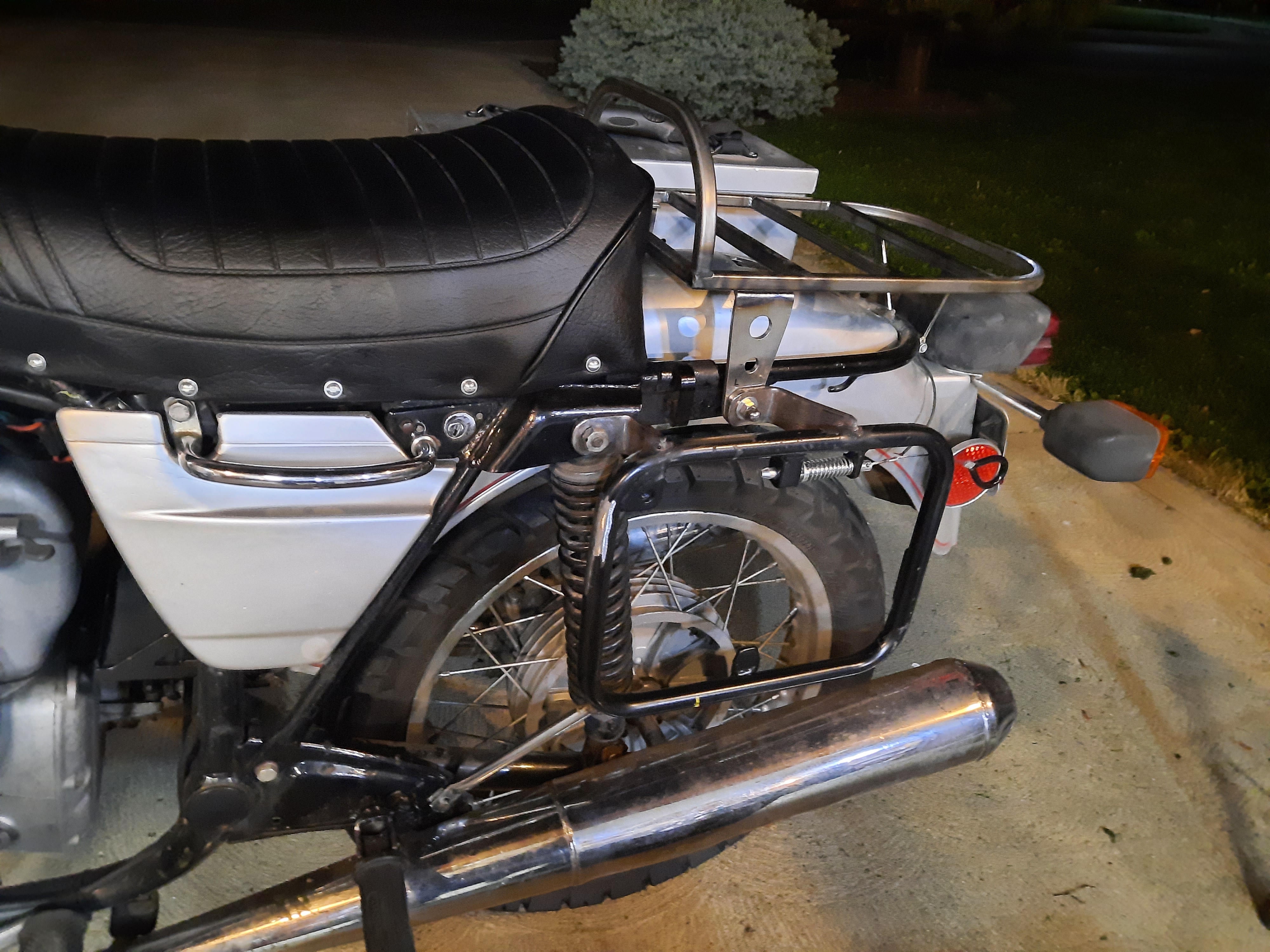 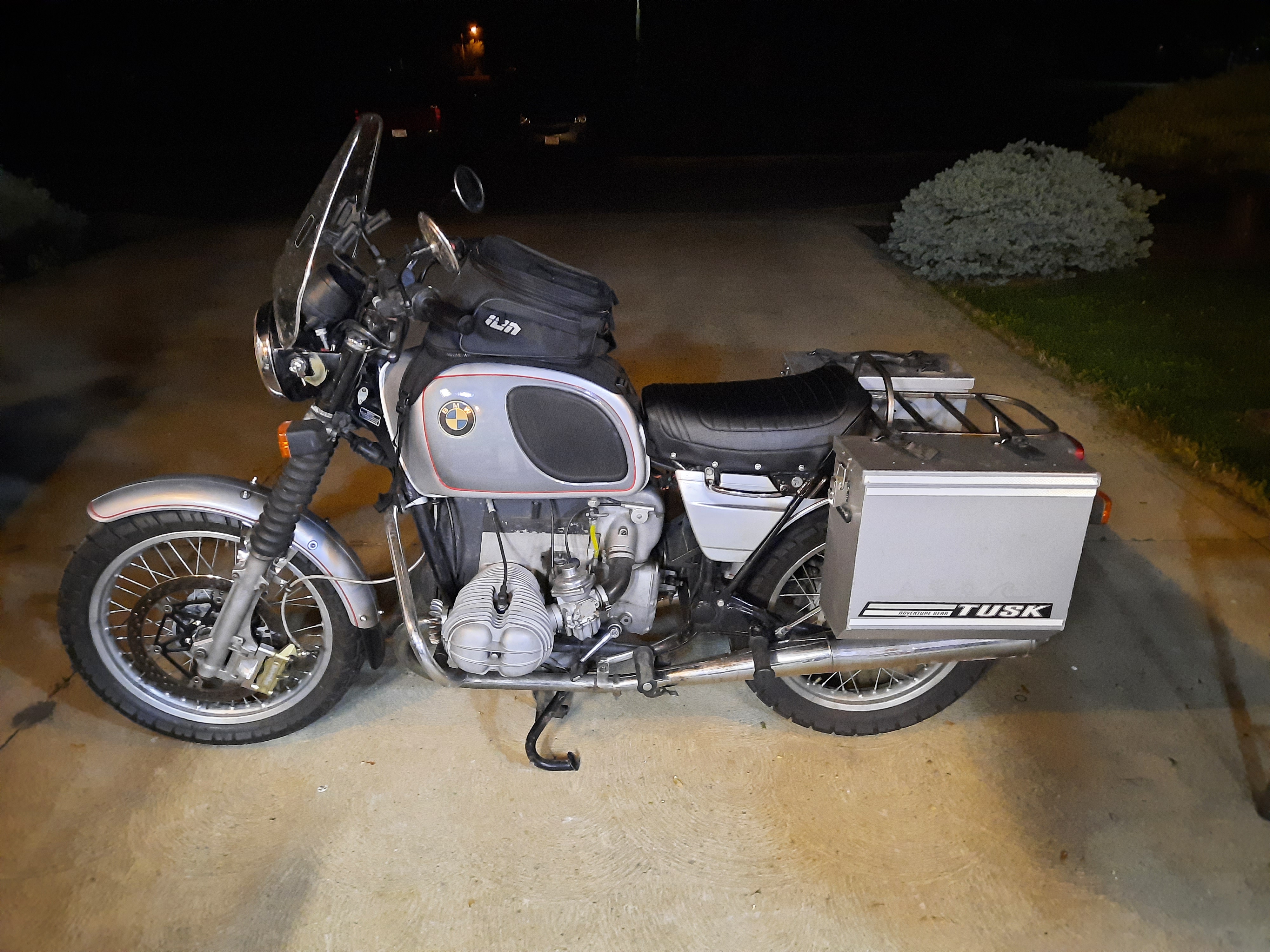 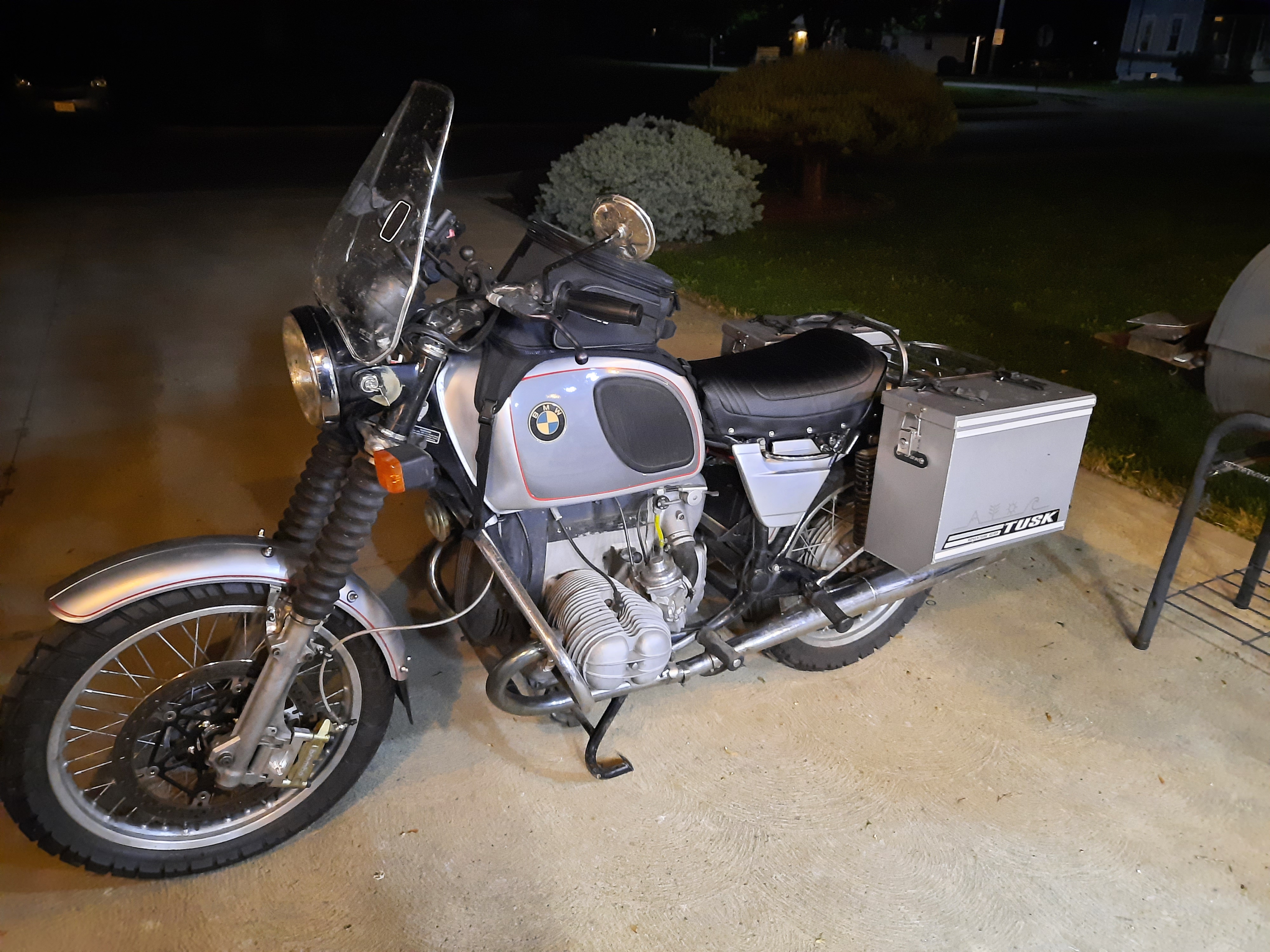 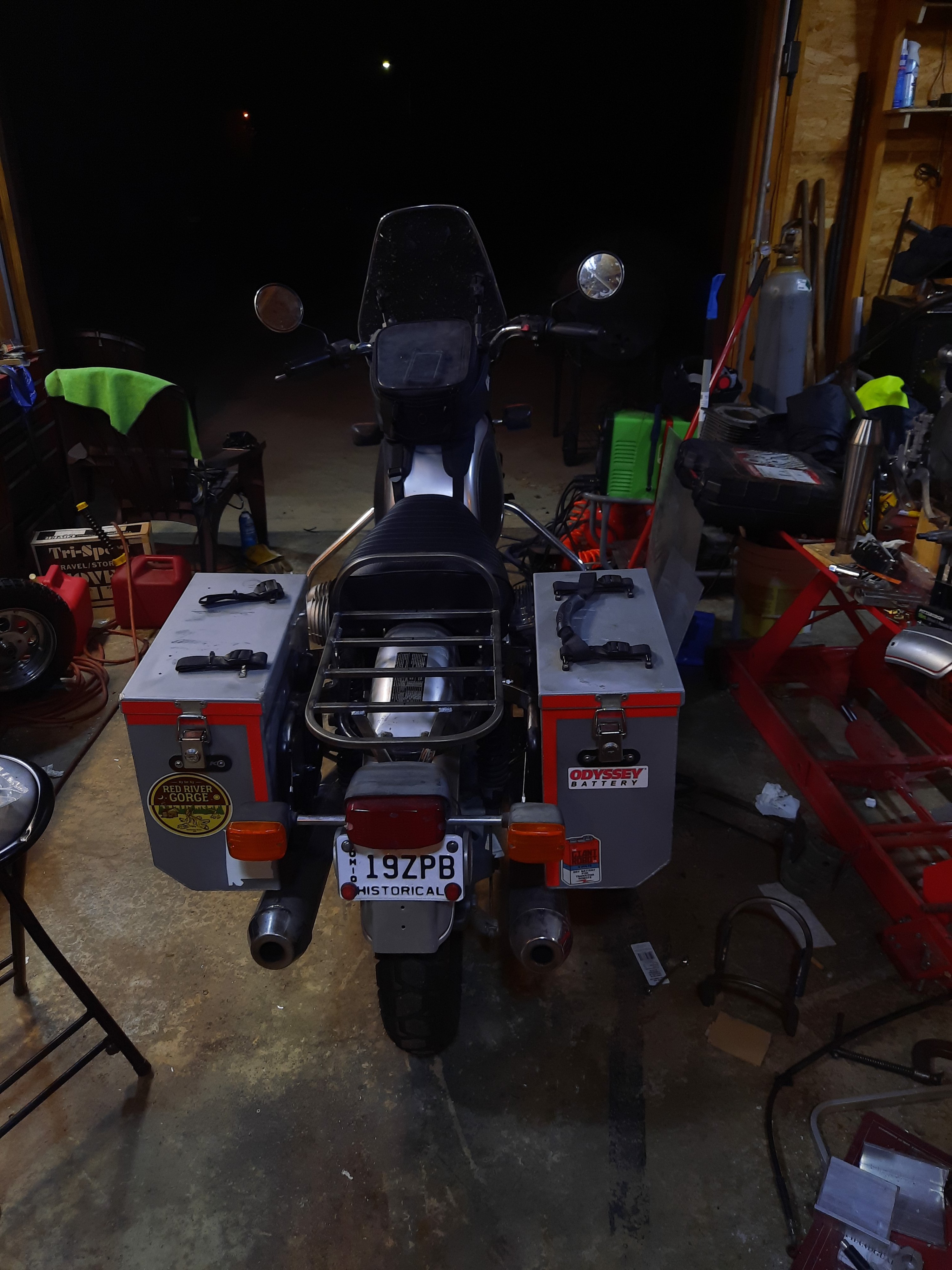 DTT SUPPORTER
DTT BOTM WINNER
Yes sir, it's starting to look the part. I believe it'll handle the "there and back again" thing for you just fine.

(Go back to the beginning of this thread, this bike has come a long way from it's king n queen seat and huge fairing. Nice work, as always, Levi!)

DTT SUPPORTER
DTT BOTM WINNER
Another dgr in the books on the old airhead. We had right at 100 bikes in the Columbus ride.

Nope, the racks and mounts didn't end up getting painted before the ride lol 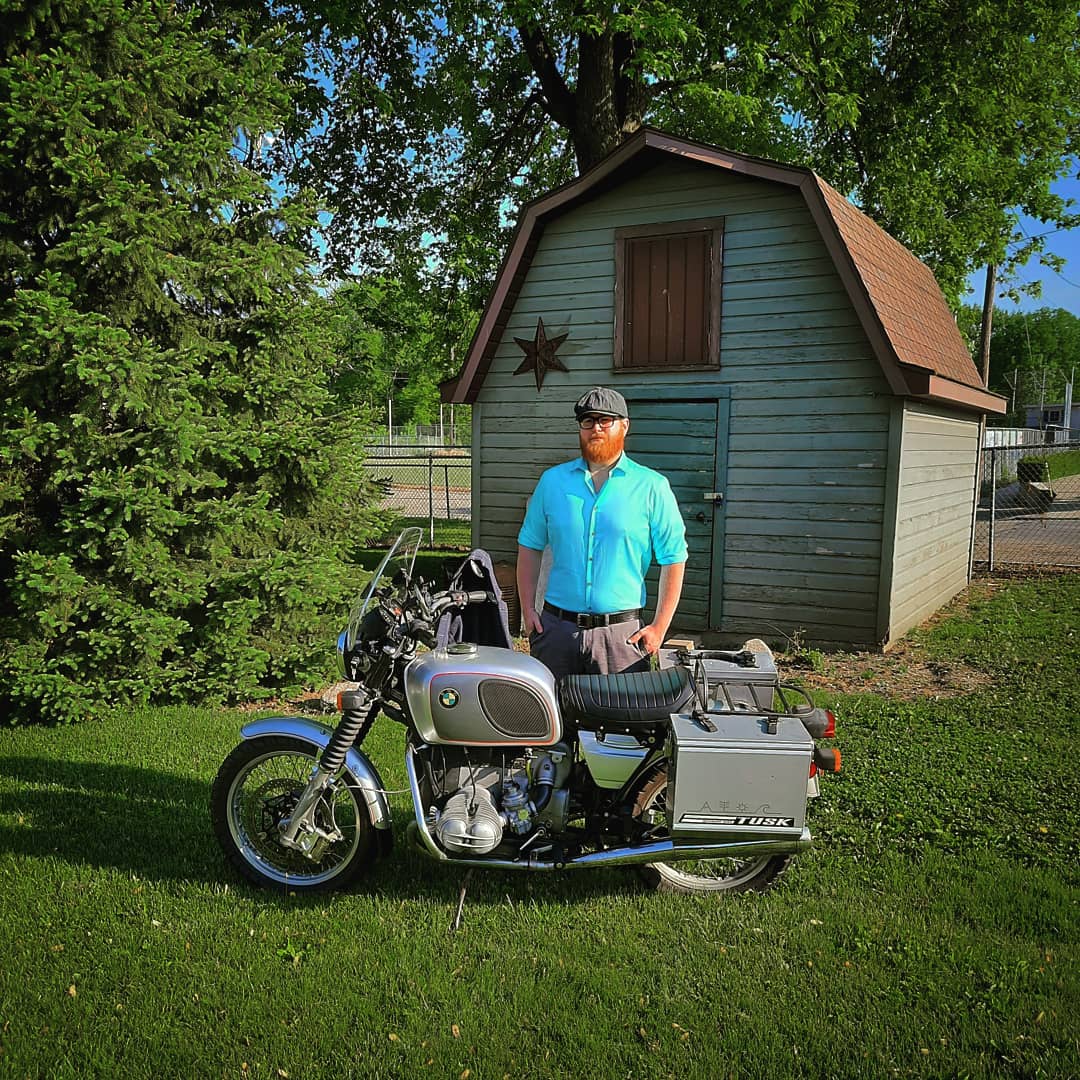 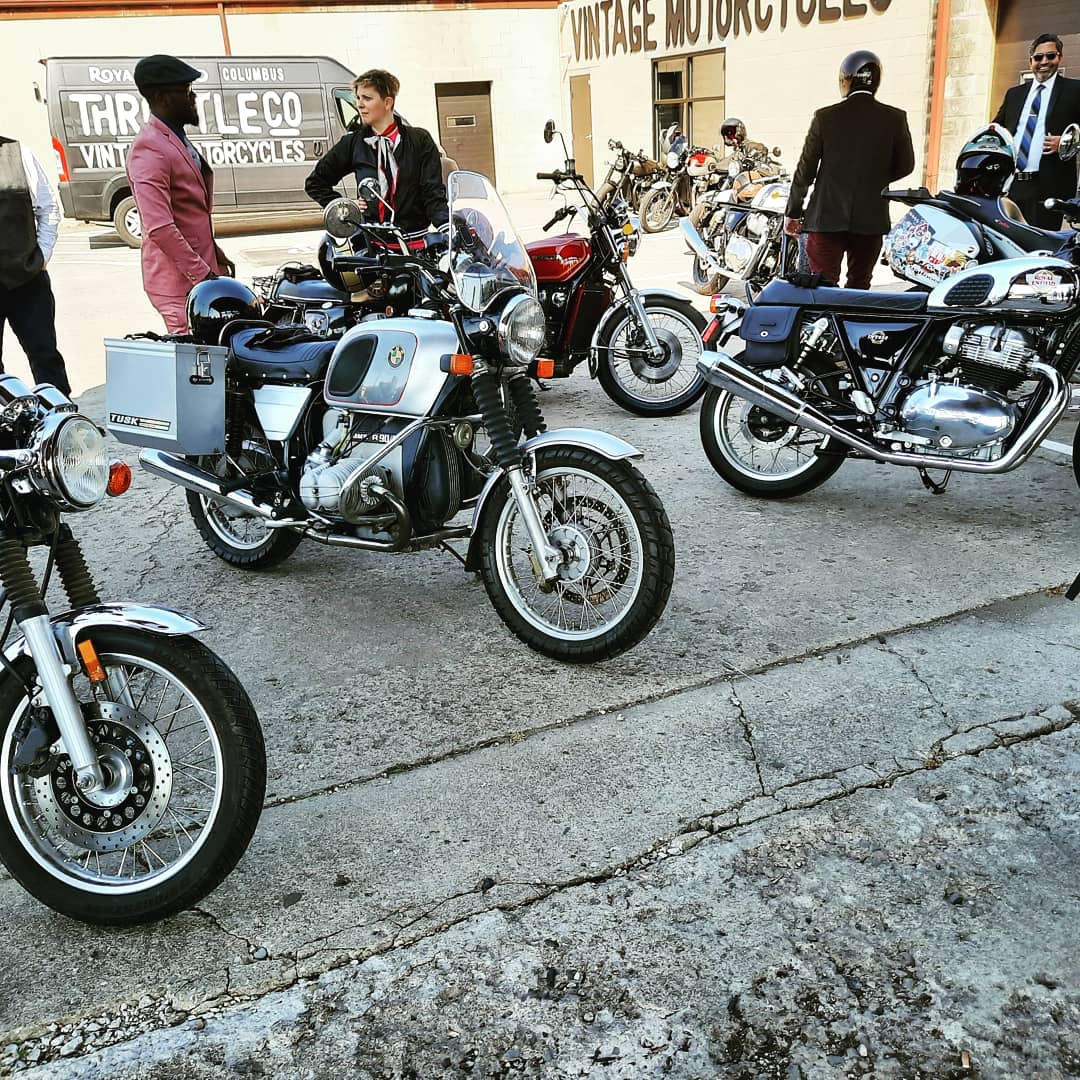 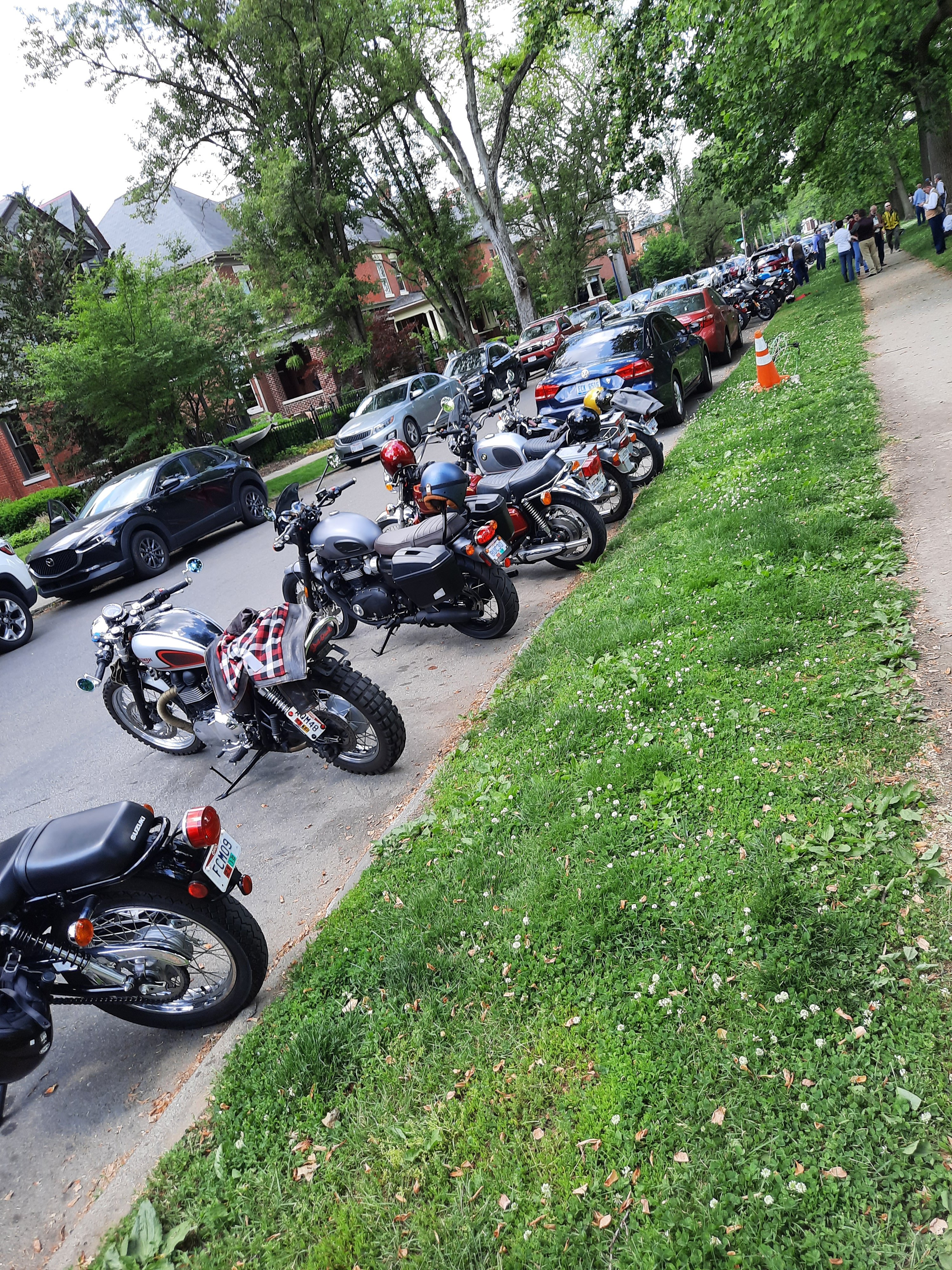 DTT SUPPORTER
DTT BOTM WINNER
Looks great and you had perfect weather for it! Sorry you had to go it alone again this year.

ridesolo said:
Looks great and you had perfect weather for it! Sorry you had to go it alone again this year.
Click to expand...

It was great weather. And no worries! I ended up having to go to a retirement party in the afternoon. about a 200 mile day after all.

DTT SUPPORTER
DTT BOTM WINNER
This thing still needs the pannier mounts and rack painted, a skid plate made/ mounted and a few other things, but in the mean time I'm still just riding it. I'll admit that I don't munch as many miles as I did before I had the F800ST in the garage, but I still love riding this old bike alot. 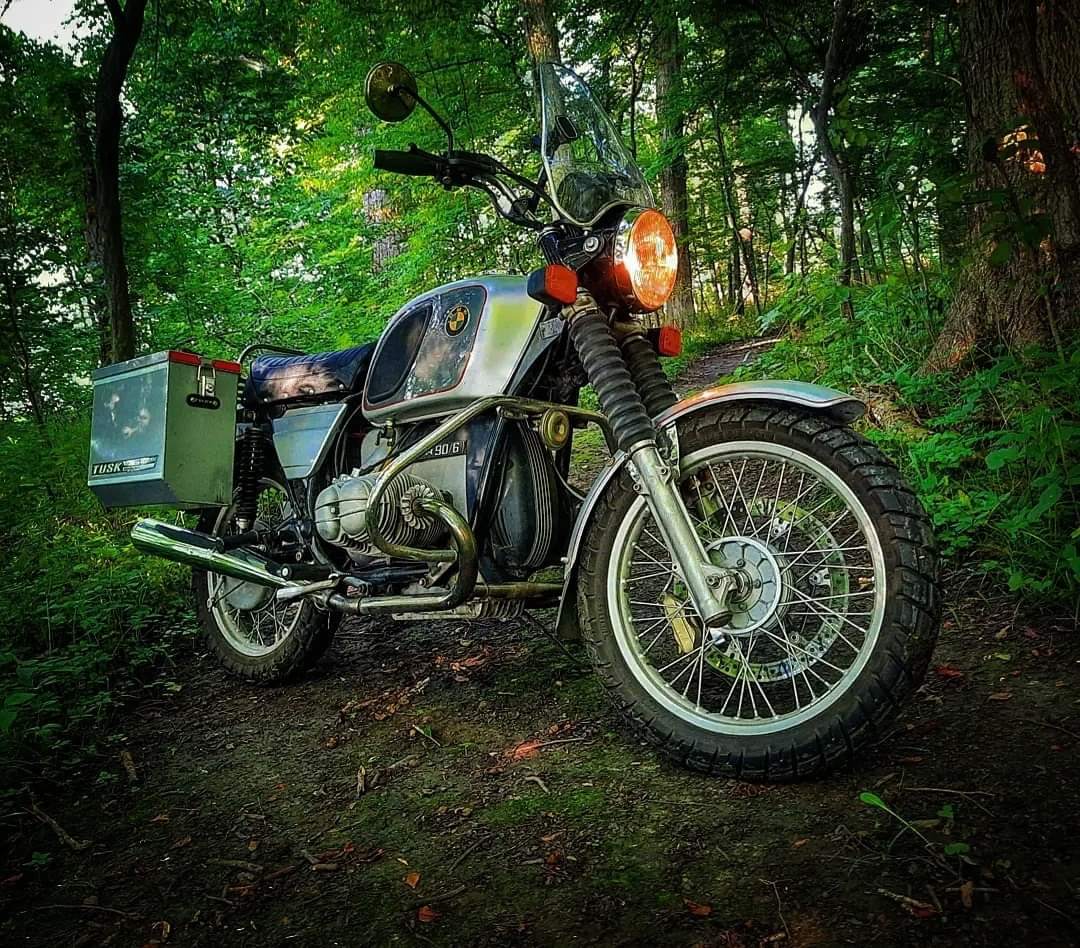 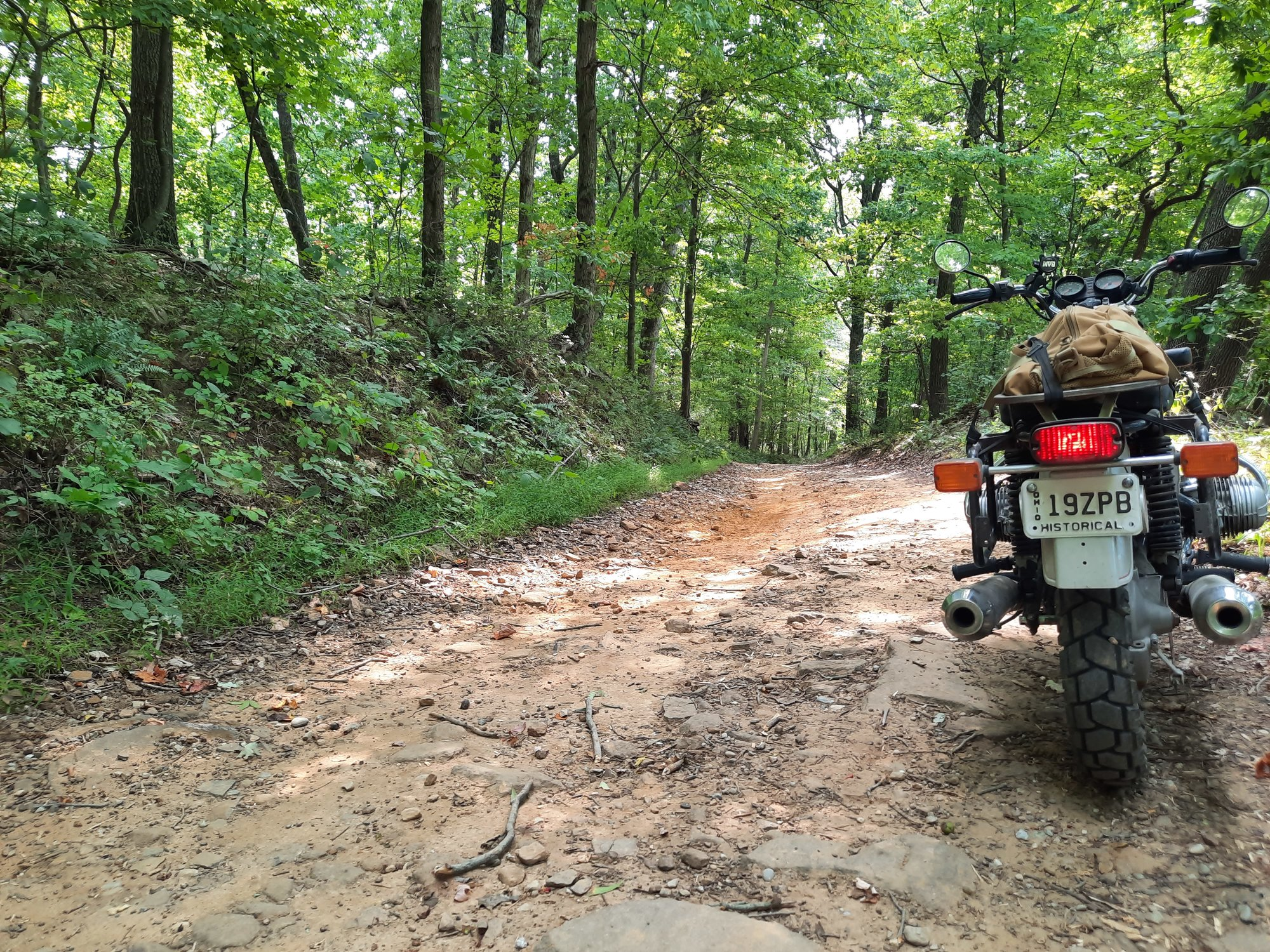 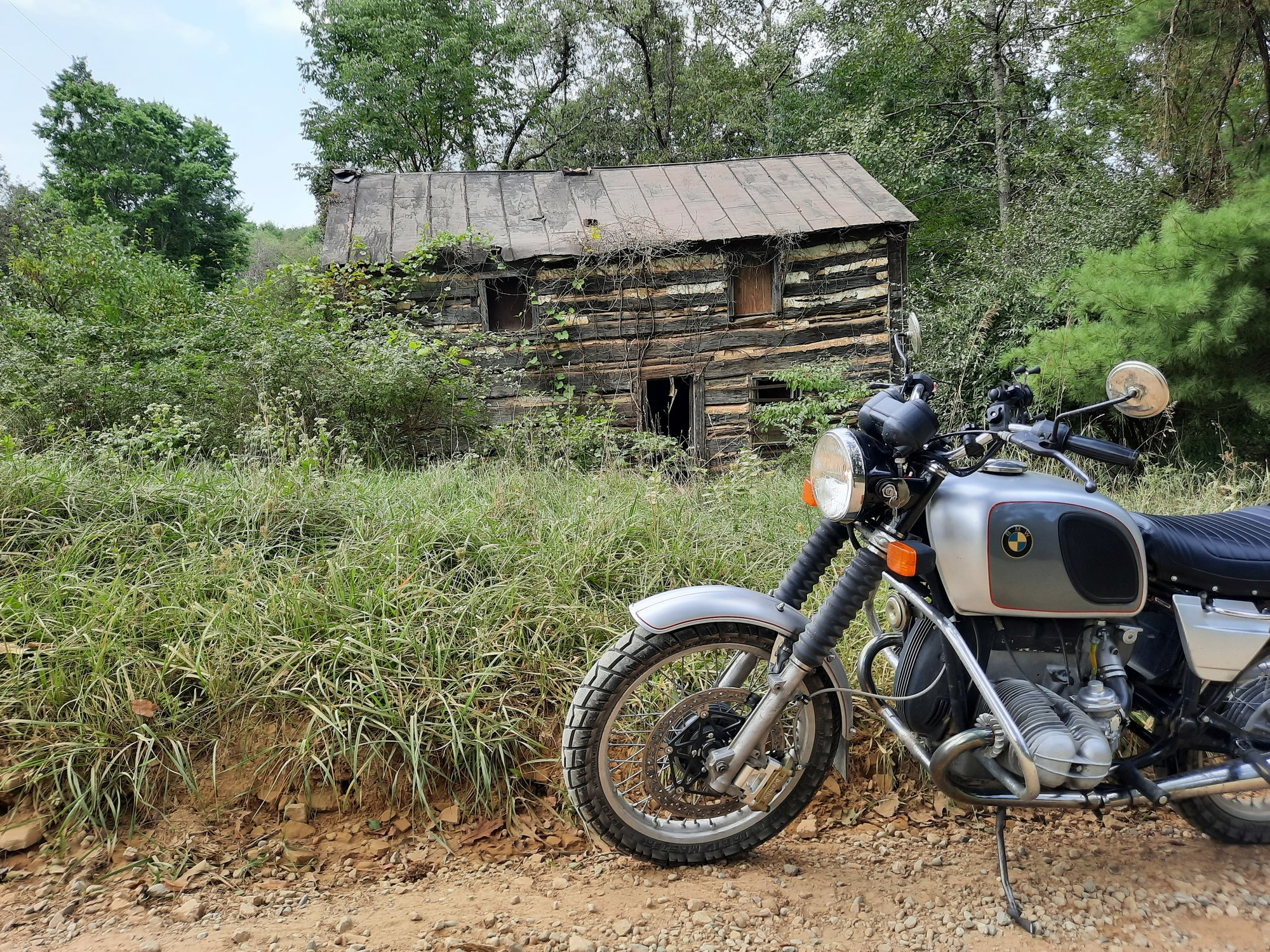 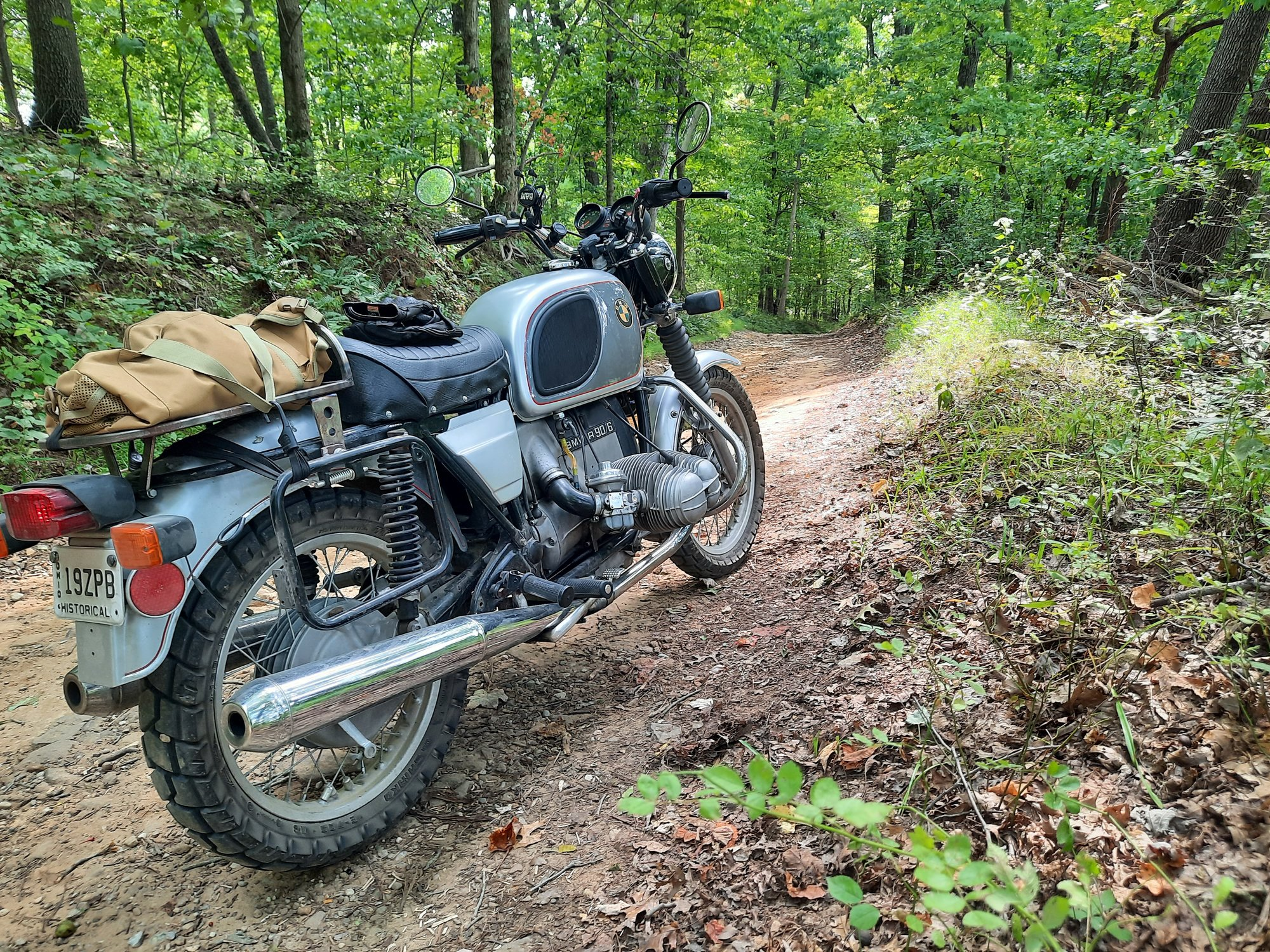 Not to far from where you turned off to head back on the ride with dad and I last weekend.

Sweet bike, man. Somehow I missed this thread. Time to do some catch-up!

Love it man. Rock hard reliability and dirt road capable. You could go anywhere on that bike.

john83 said:
Love it man. Rock hard reliability and dirt road capable. You could go anywhere on that bike.
Click to expand...

I hope to go all the places on it eventually. Today turned over 99k miles (up from 82k when I bought it). It's been such a solid bike. 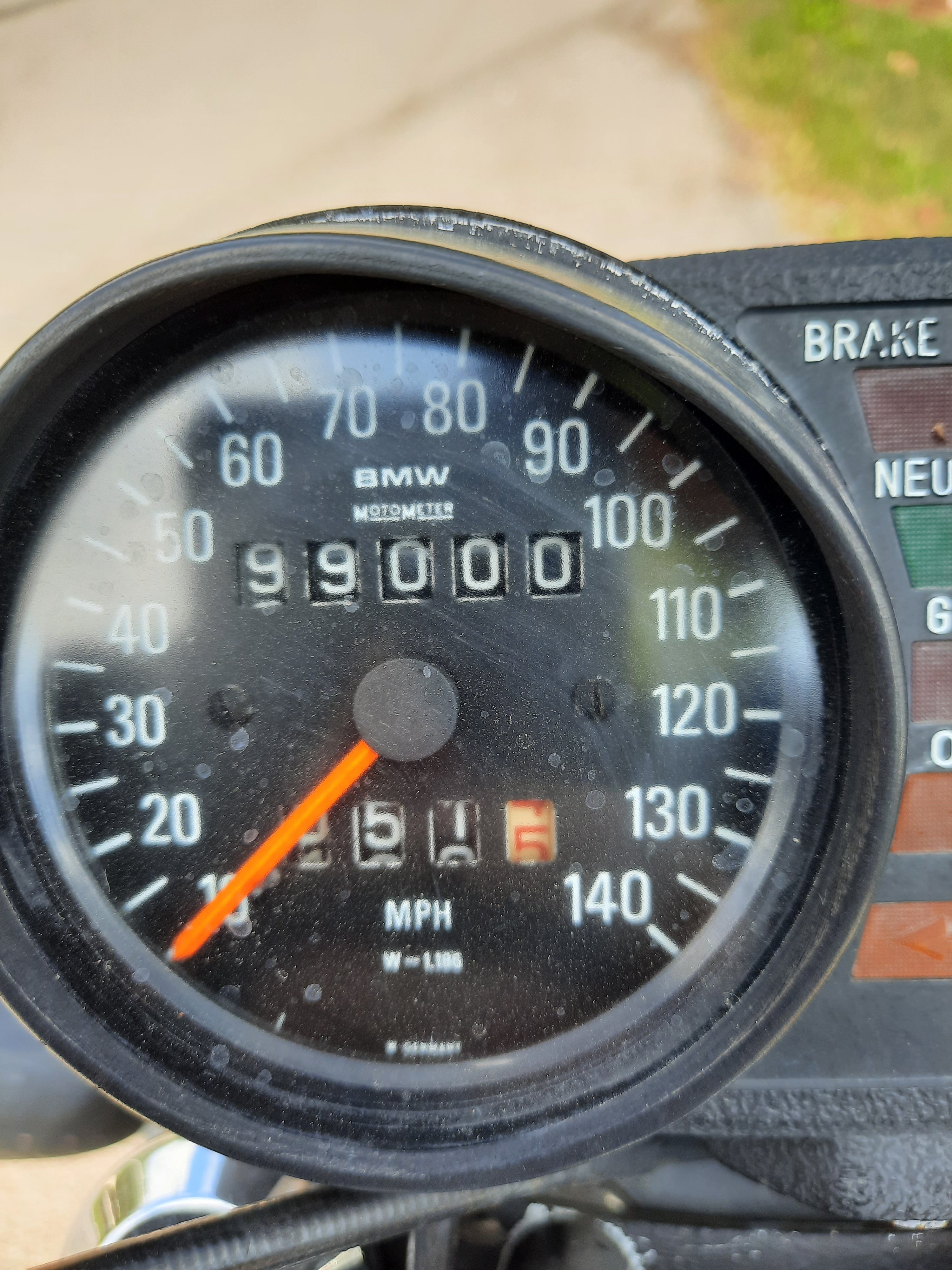 DTT SUPPORTER
DTT BOTM WINNER
Barber was great this year. It was a bit low on traffic in the upper swap this year, but I ended up finding some goodies to go towards this buildup. I told myself that I would not bring home any new projects this year, but instead would only buy parts to further my current projects to the finish line. I did that with the exception of a $5 xs650 hub to put on the shelf.

@irk miller put me on the scent of a tank off of an r80, which is the same as as a /7 tank. I have been after one for a while, and though it needs a few pin holes repaired and re lined, for $20 I can't complain a bit. I plan to do what I can to fix it and retain the patina.

Next was a dr650 rotor that I'll adapt to the stock front wheel which will aid in simplifying the swap to dr650 forks. $5

Along the way I picked up a $10 triumph tank rack that I may adapt when repairing the tank. The biggest ticket item that I'm the most excited about are a really solid pair of works performance shocks, which were with a tub of airhead parts making me hopeful that they are sprung accordingly. They are super well made items and rebuildable to boot. They were $25.

In the same pile was a later airhead oil cooler and thermostat. I am still undecided if I'll run it, but for $50 it was hard to pass up, as they are regularly north of $200

On the way home, I stopped at a guy's place in Cincinnati to pick up a rad set Flanders crash bars that I had found on Facebook marketplace for $25 a few weeks back. They have a much better shape than my current ones, and will do what I want better.

The whole pile pictured was $135 bucks if my math is right, which in today's market could easily be the retail on any one item (minus the tank rack). I'm well chuffed with the haul. 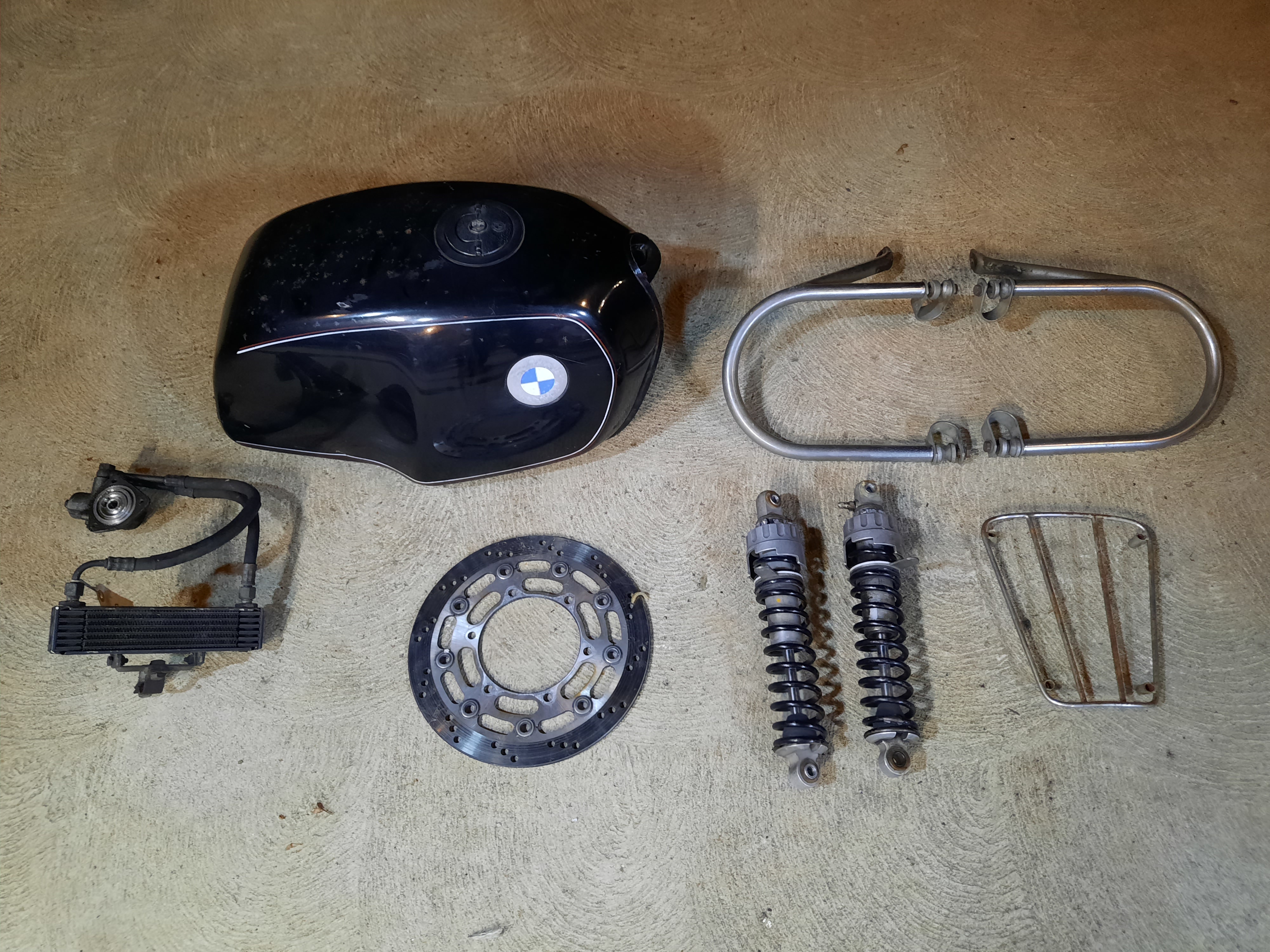