A very cool picture of my Uncle Jack 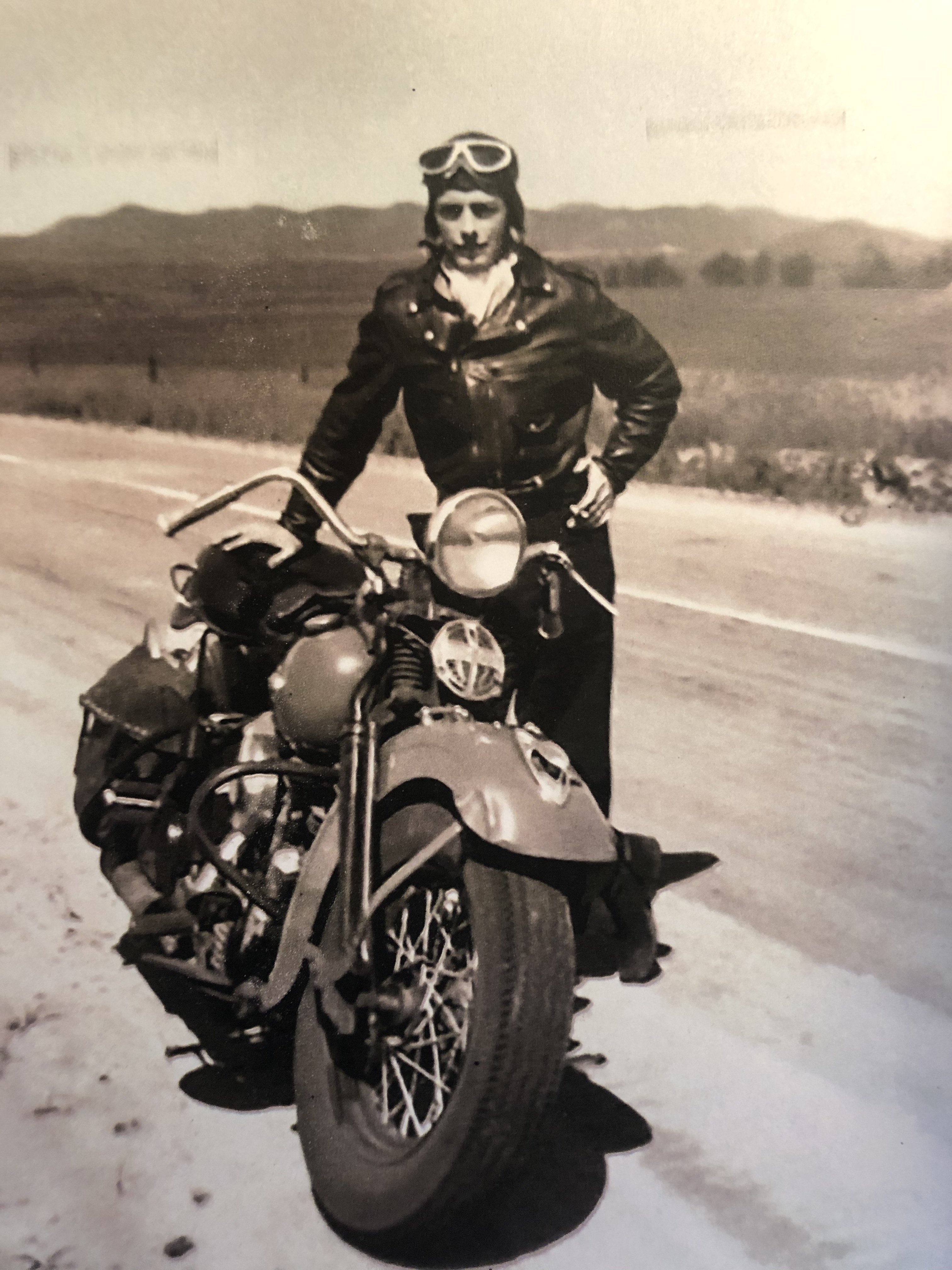 Jack Hayes (Gunner Hayes) was my mother's eldest brother. He was born some time around 1925, the first of 13 children. His father (my grandfather) served in the trenches of The Great War as a machine gunner. Jack served in the Navy for 30 years, having signed on during WWII. He rose to the rank of WO4. There are many stories about him that I wish I had heard about while he was still living. He was a very colorful character. I still have most of our email correspondence.

Anyway, I do not know where or when this picture was taken. A surviving uncle said he had a 1927 and a 1929 Harley-Davidson. Clearly, this one is later. The jacket is likely a Schott Perfecto. Anyway, I love the picture and I love it more because it is my Uncle Jack!

Anybody here care to take a shot at the motorcycle ID?

SONICJK said:
That is an awesome picture you should print it and toss it on the wall
Click to expand...

It was a crappy old photo in an album of my mother's. My daughter got all of the family photos and is digitizing them. I grabbed this one and handed it off to a friend with a very high resolution scanner. He enhanced it as best he could and added the brown hue. He gave me a print. You're looking at a photo of that print, taken with my iPhone. I need to contact that friend and get him to send me the digital of the image. It should be a John Wayne size poster in my garage!

Please note, my uncle is sporting that jacket long before Brando wore it in The Wild One.

Cool photo, cool uncle! Yeah you should put that on your wall, a copy in your garage would be cool too!

One of those fine people who work at the Barber Museum in Alabama identified the bike for me. This bike is identical. 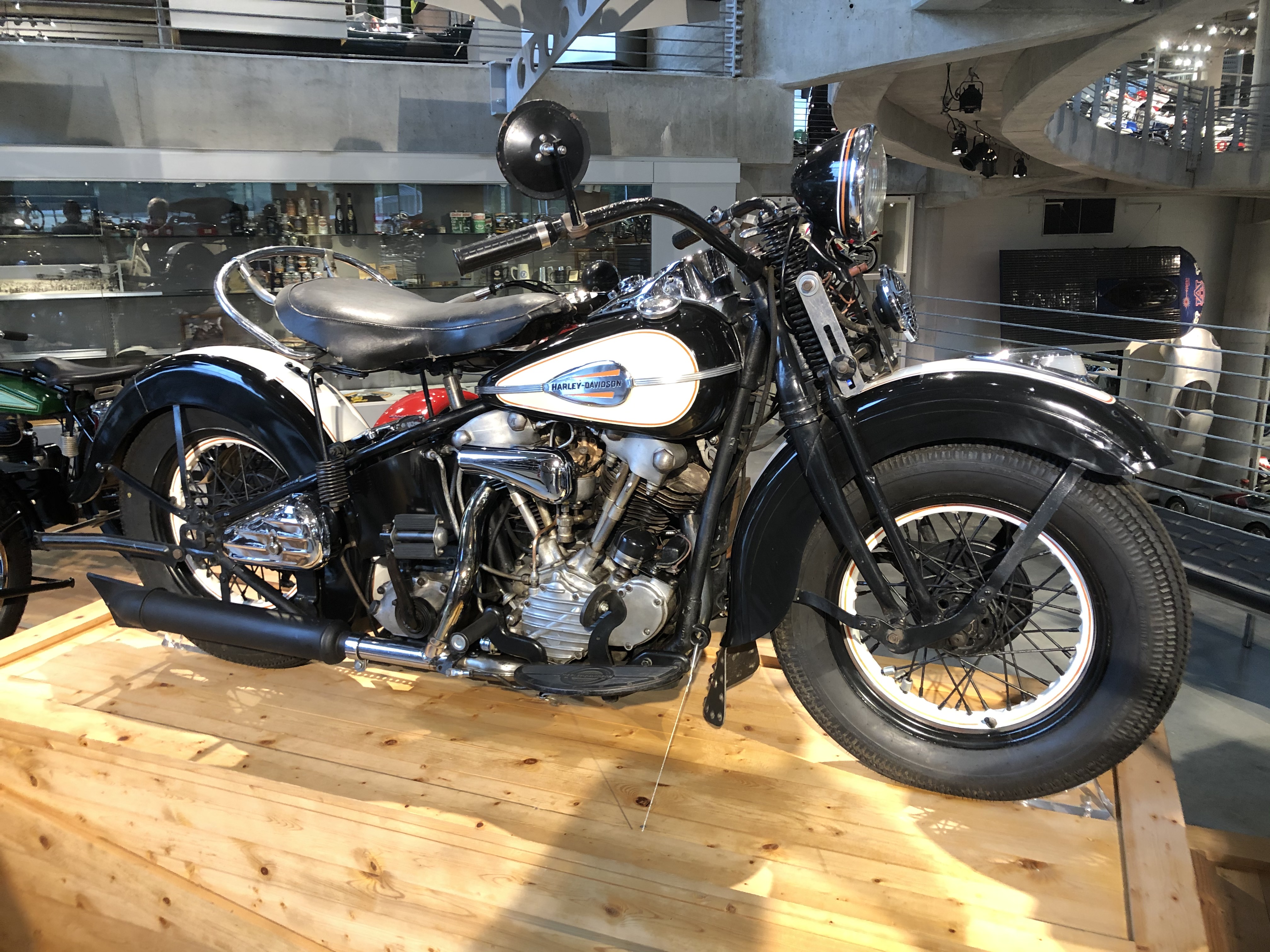 That bike was made between 36 and 47 and had been modified by the rider. Very cool picture. I would have loved to meet him.

Rider52 said:
That bike was made between 36 and 47 and had been modified by the rider. Very cool picture. I would have loved to meet him.
Click to expand...

Yes, the one in the museum has no identifying plaque. Where I'm concerned, it doesn't much matter. If I had to guess, my uncle was riding a prewar bike. According to my mother, that photo was likely taken by his then wife on a trip from California to visit family in Western NY, probably shortly after the war.
E

Your Uncle is wearing Terminator 2 Arnold Schwarzenegger Leather Jacket that is my favourite movie and so is the jacket.

elliechamberlin said:
Your Uncle is wearing Terminator 2 Arnold Schwarzenegger Leather Jacket that is my favourite movie and so is the jacket.
Click to expand...

Schott Perfecto is still being built in the USA. 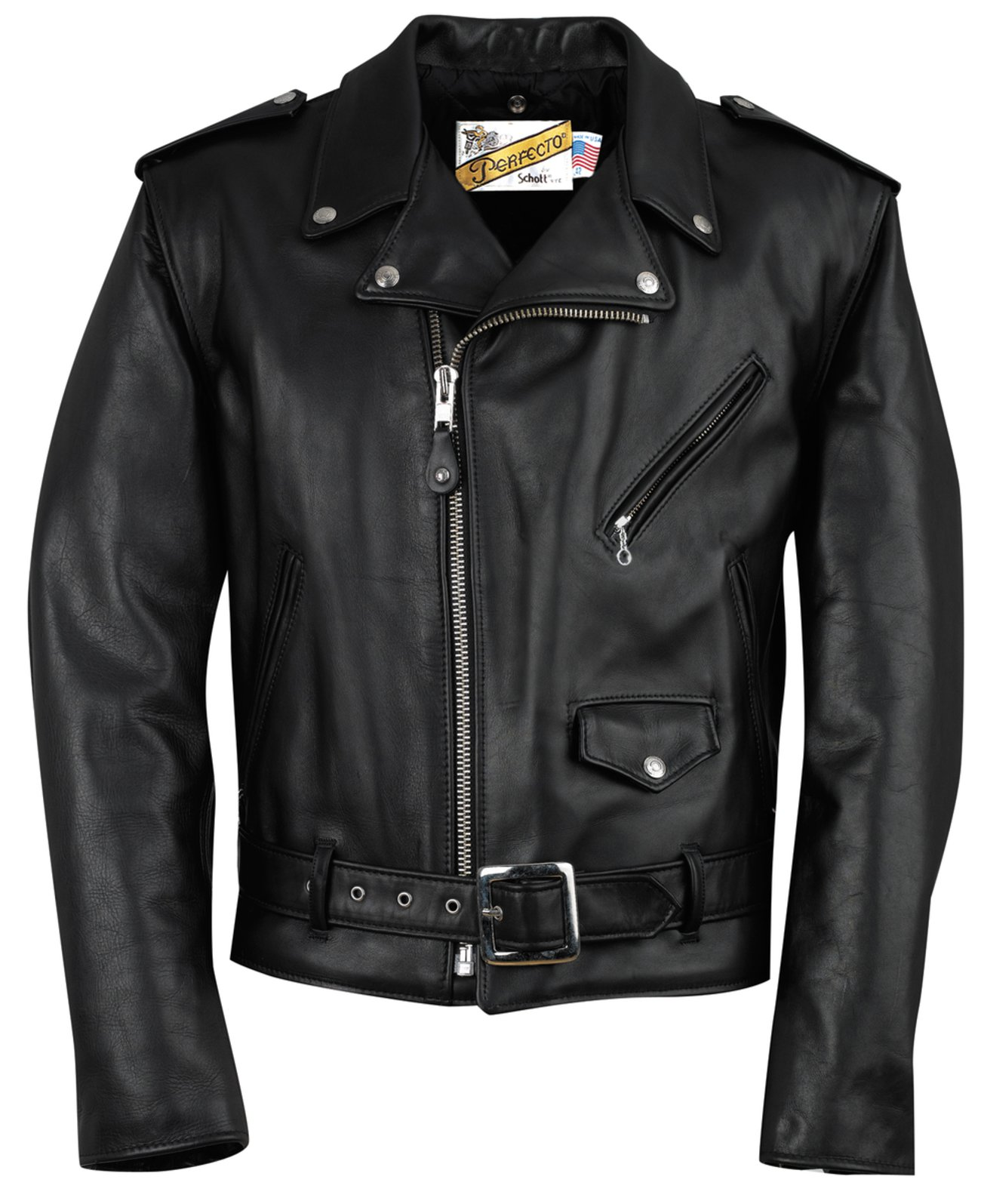 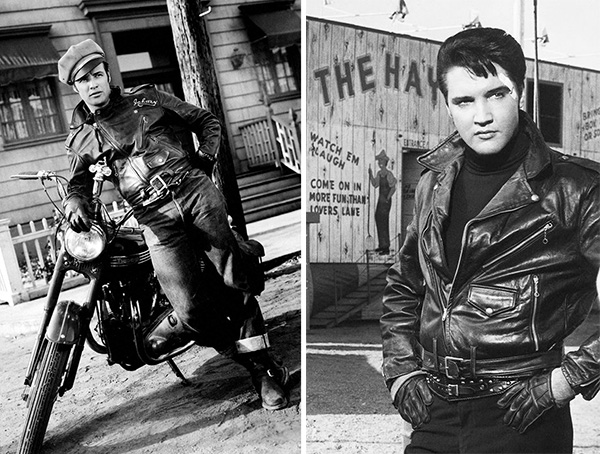 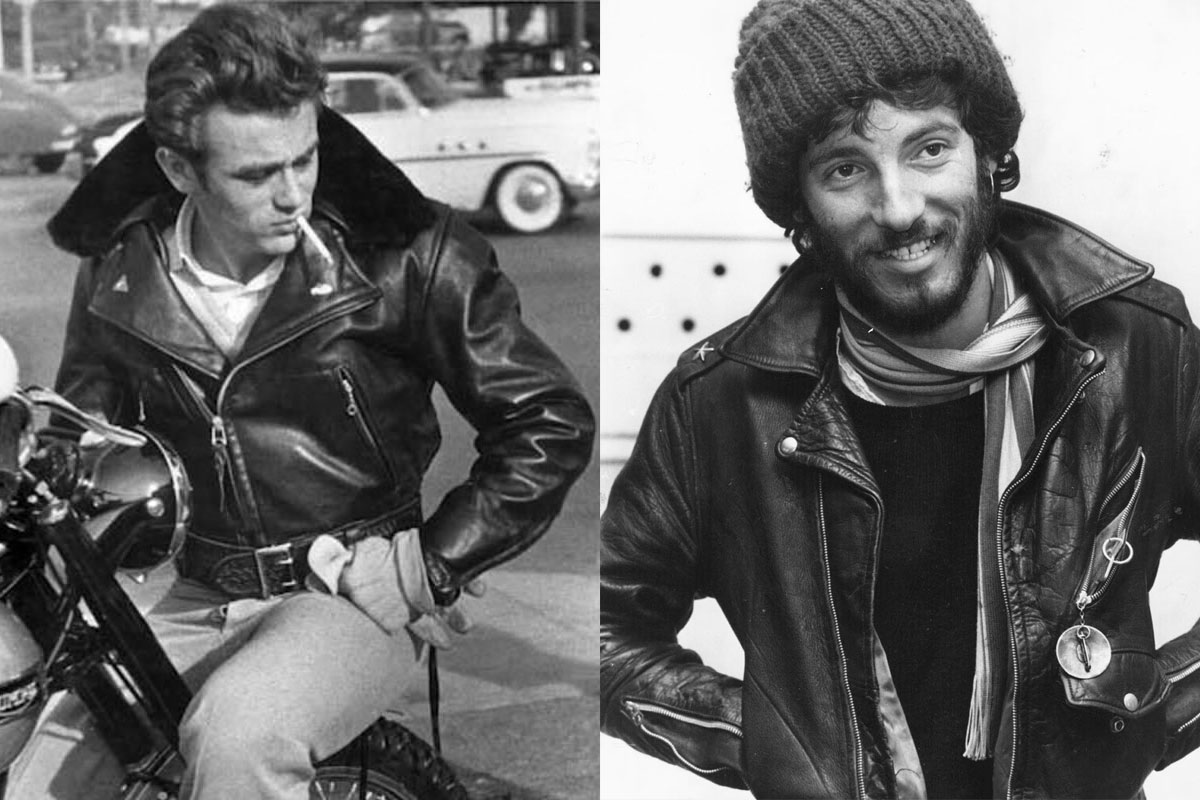 My uncle wore it first. Schwarzenegger wore a knockoff in the movie.
K

awesome pics from back in the day.

elliechamberlin said:
Your Uncle is wearing Terminator 2 Arnold Schwarzenegger Leather Jacket that is my favourite movie and so is the jacket.
Click to expand...

Considering Arnold hadn't even been born yet when that picture was taken, I have to question your statement. And your concept of time.