DTT SUPPORTER
DTT BOTM WINNER
A few weeks back @ridesolo and I made the 4 hour pilgrimage up to see @CharlieT and @TedT and the world renowned Checkered Past Cycles today in Galesburg Michigan. Somehow this sweet little Velorex 562 sidecar jumped in the back of the truck. I actually been talking with Ted about it for years but have never had the chance to make the trip until then. It's in good nick overall, but the fender needs a bit of friendly persuasion as well as a windshield and a seat back. 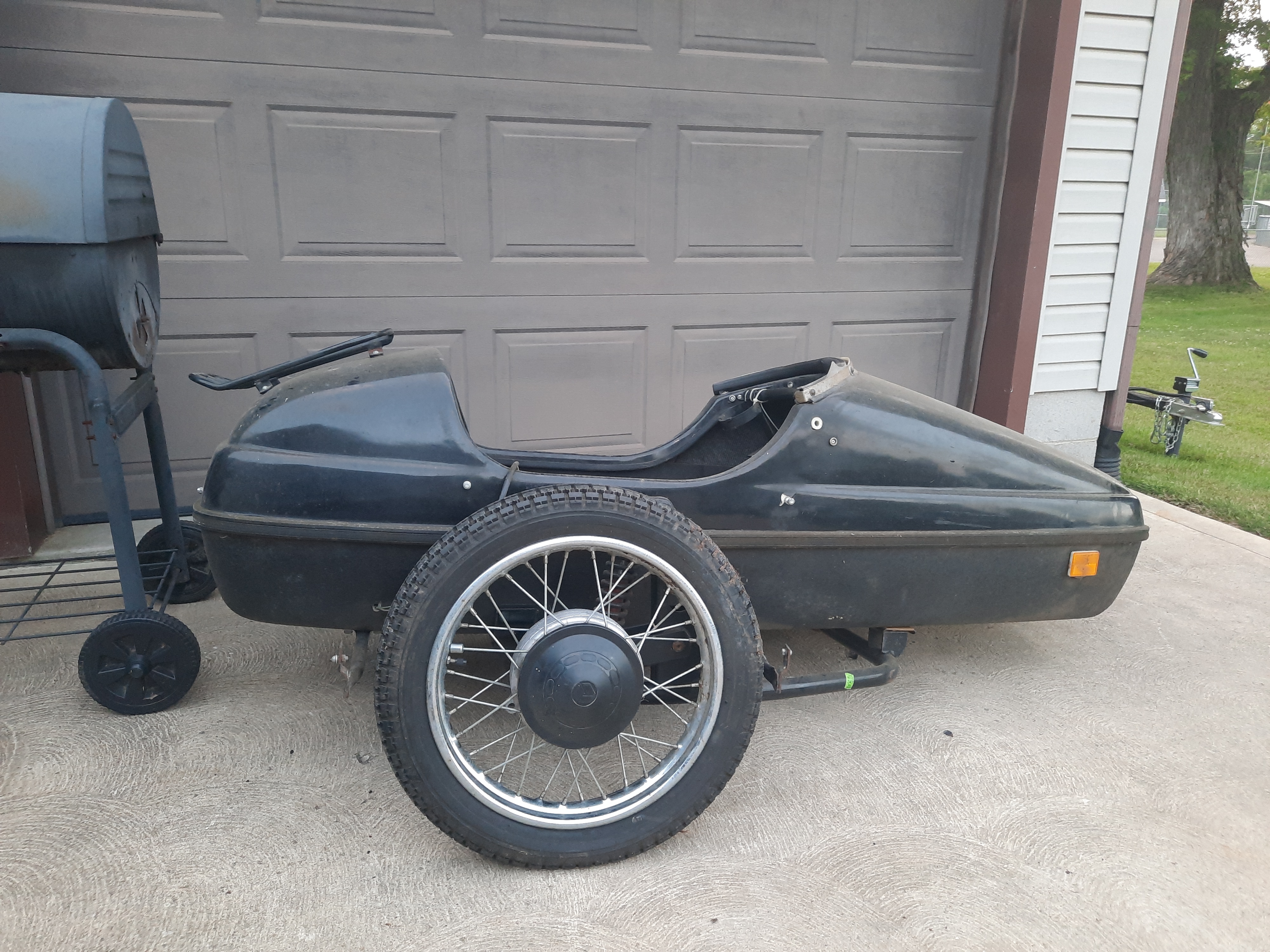 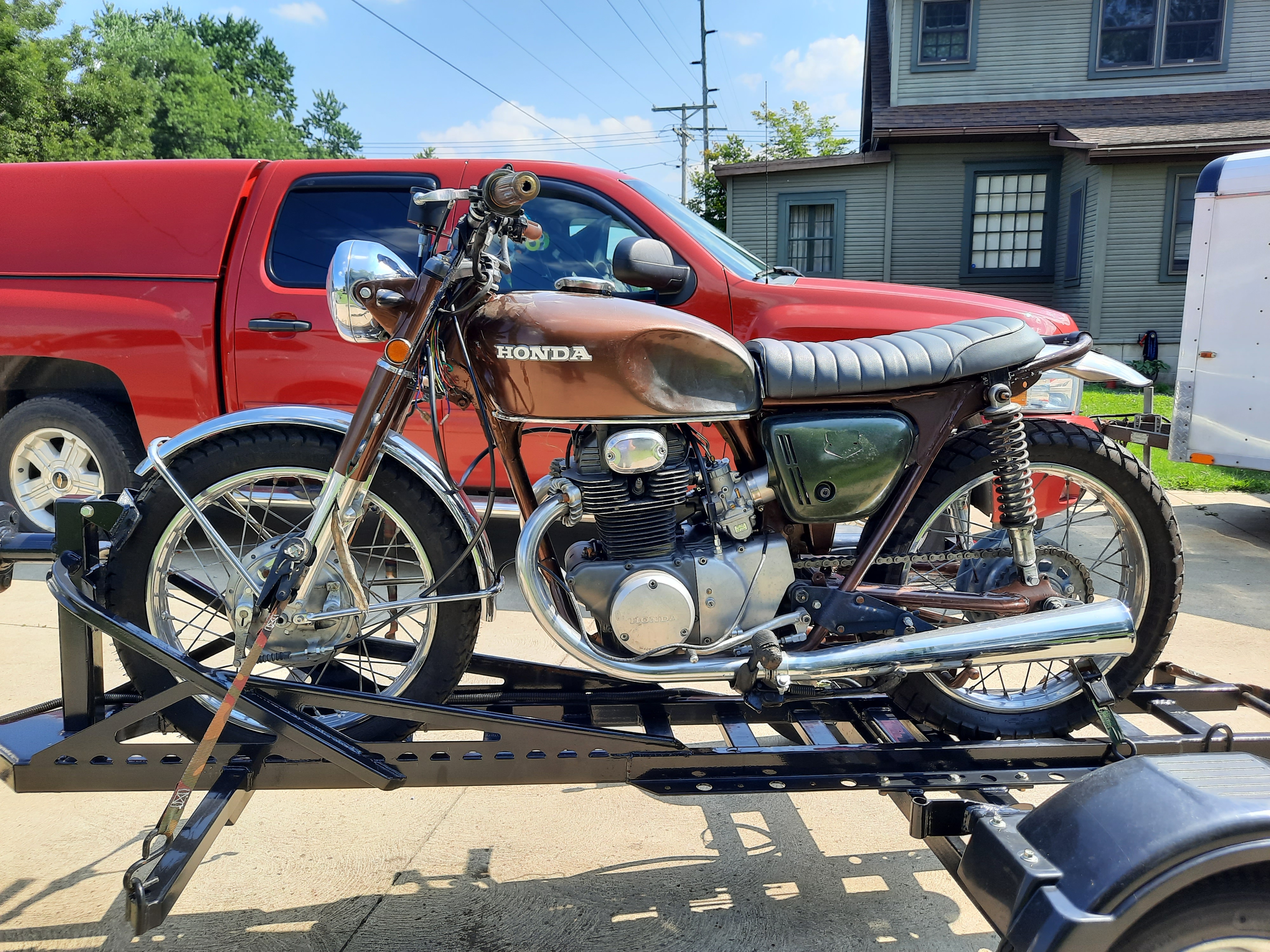 This bike was started and almost completed by @Ellwood many years back, then changed hands to @irk miller who put a few of his touches on it, then it got traded to me for an RD350 RoadRacer Project. It is a really solid and clean old bike, and has currently been handed off to @ridesolo for him to do his magic to the wiring harness. 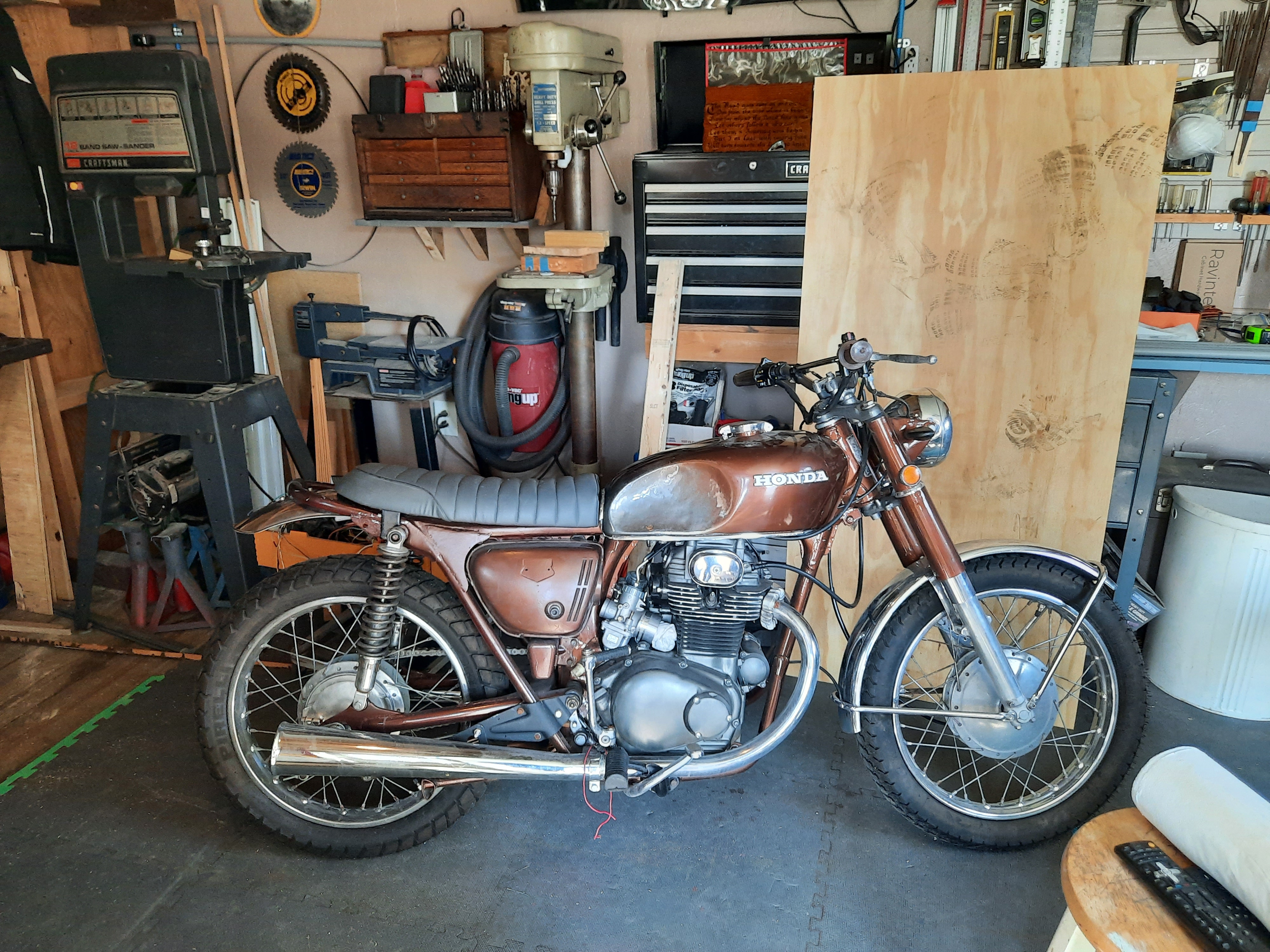 This whole project is being put together as a way to get my 2.5 year old son riding with me a bit more comfortably and safely. He already loves motorcycles and spends all the time he can riding the little SLB70 around with me. It'll likely spend most of its life putting around sparsely traveled country lanes out towards the family farm. 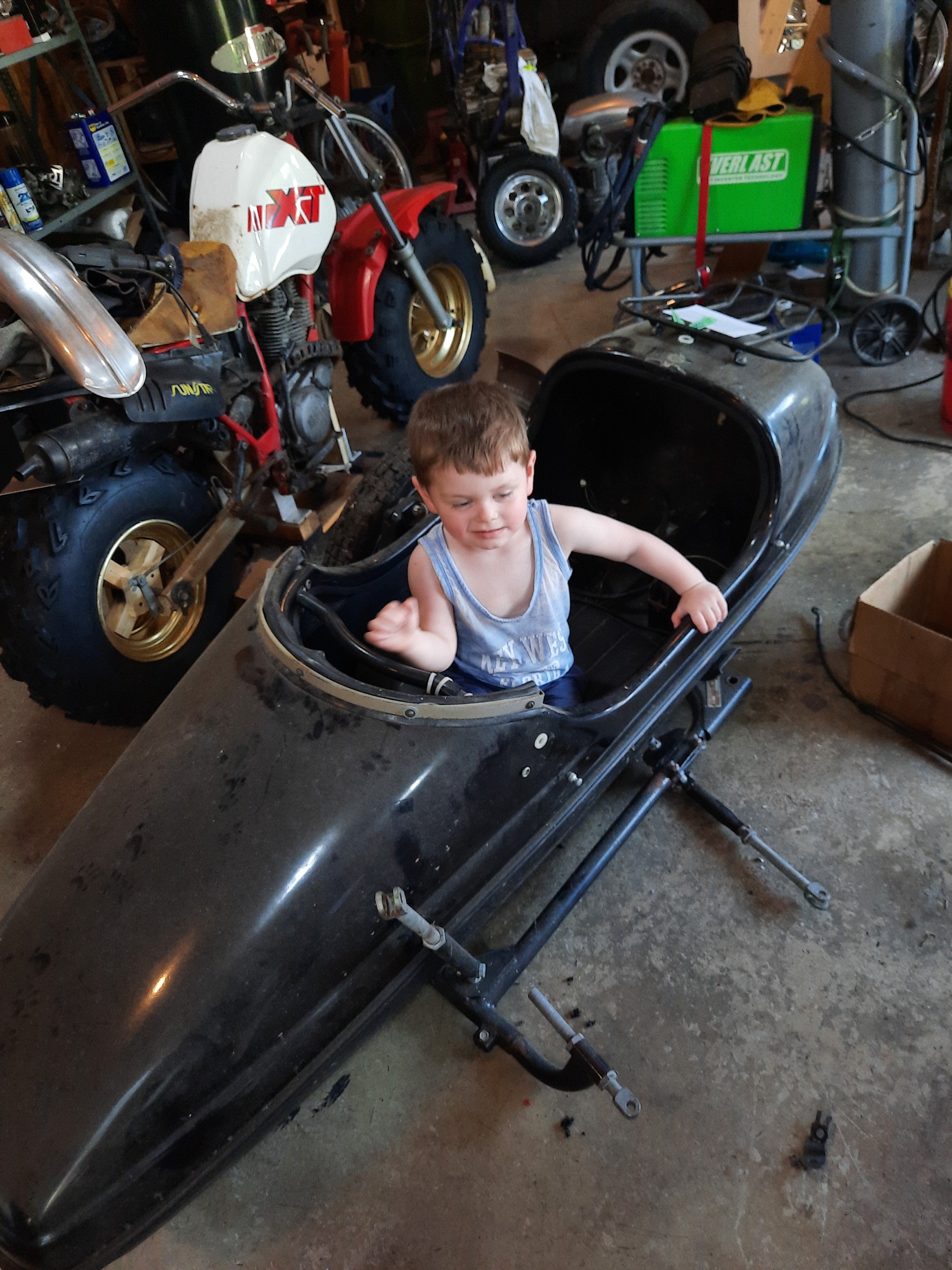 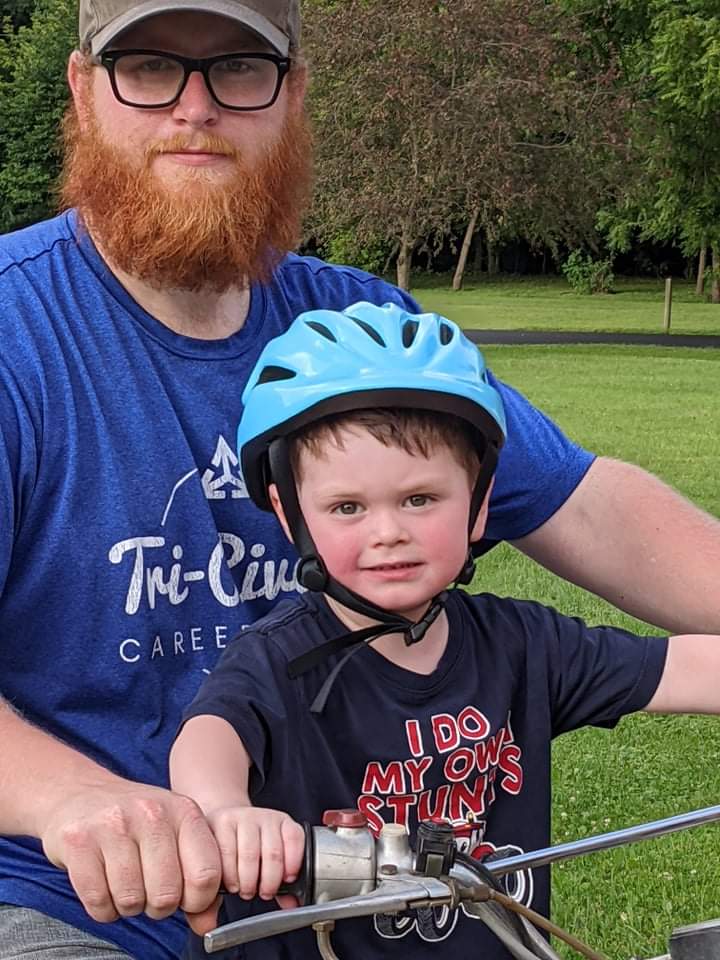 DTT SUPPORTER
DTT BOTM WINNER
The old girl has been sitting in my shop now for arond 24 hours. One of the previous owners must have had it stored near a Harley because it seems to have picked up the bad habit of "marking it's spot." I've now got something down to collect the oil drips.
Last edited: Jul 28, 2021

Nice! Signing up to watch.

DTT BOTM WINNER
So glad this has a special place.

DTT SUPPORTER
DTT BOTM WINNER
Pulled this project outta the mothballs. @ridesolo hasn't come to collect the shop storage fees yet, but I'll have him put it on my already long tab of "I.O.U.'s) 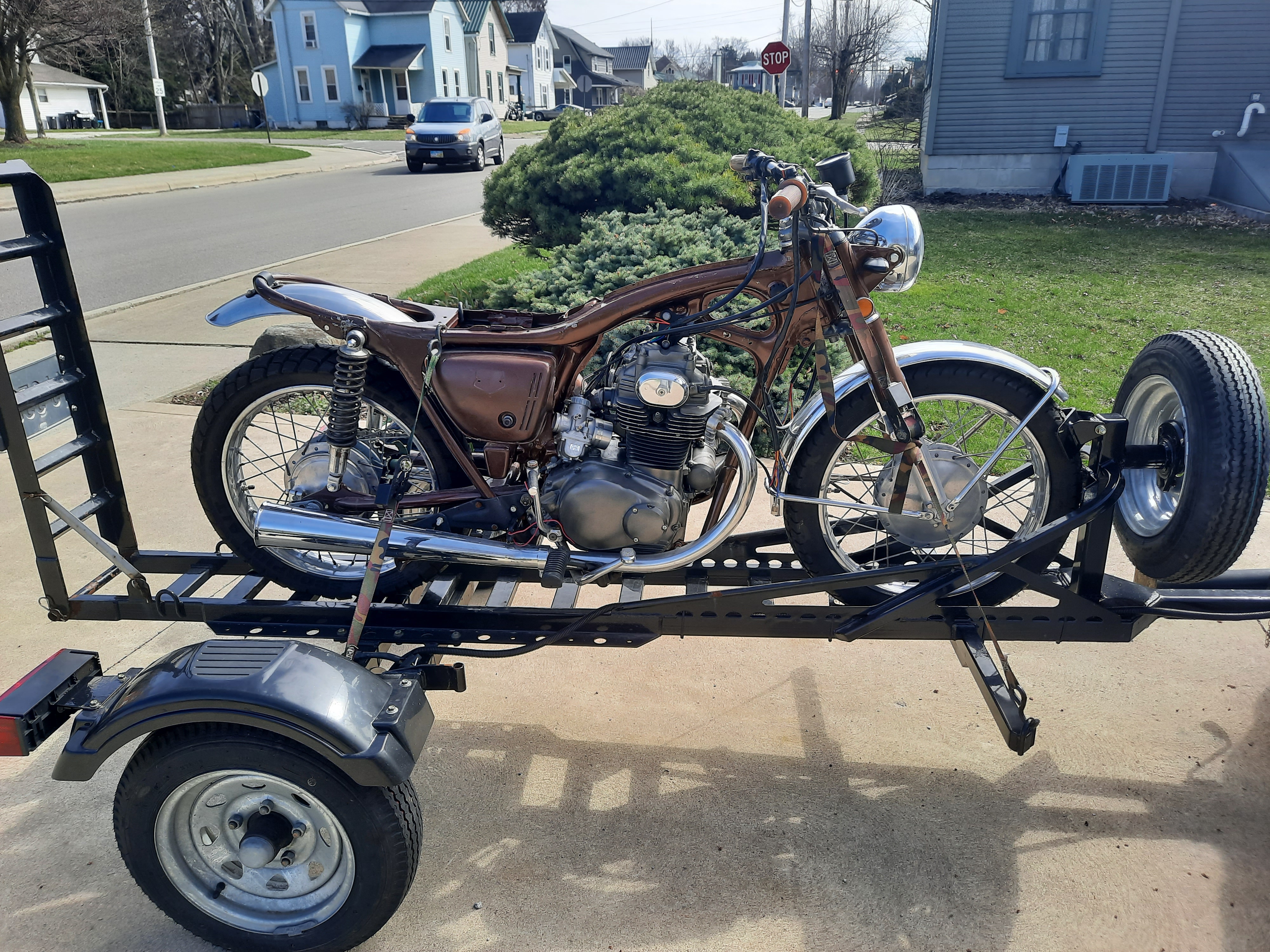 The weather is getting warmer and Lenny (now 3.5 years old) is getting excited about the sidecar. The plan is to get the wiring and carbs sorted on the cb350 and get it running and riding asap, then getting the sidecar mounted to it. This season, I won't be too concerned about how it looks or getting everything paint matched, but instead just getting it mechanically working and enjoy the summer/ fall of puttering around on it.

I have been doing a bunch of reading on sidecar setup, and one of the first things most advise you to do is set up the car on a roller dolley at level in both directions. I busted out the old machinist Jack's and got everything plum, then built up blocking on the harbor freight furniture dolley at the proper level. Then cinched it all down with a couple conduit straps. 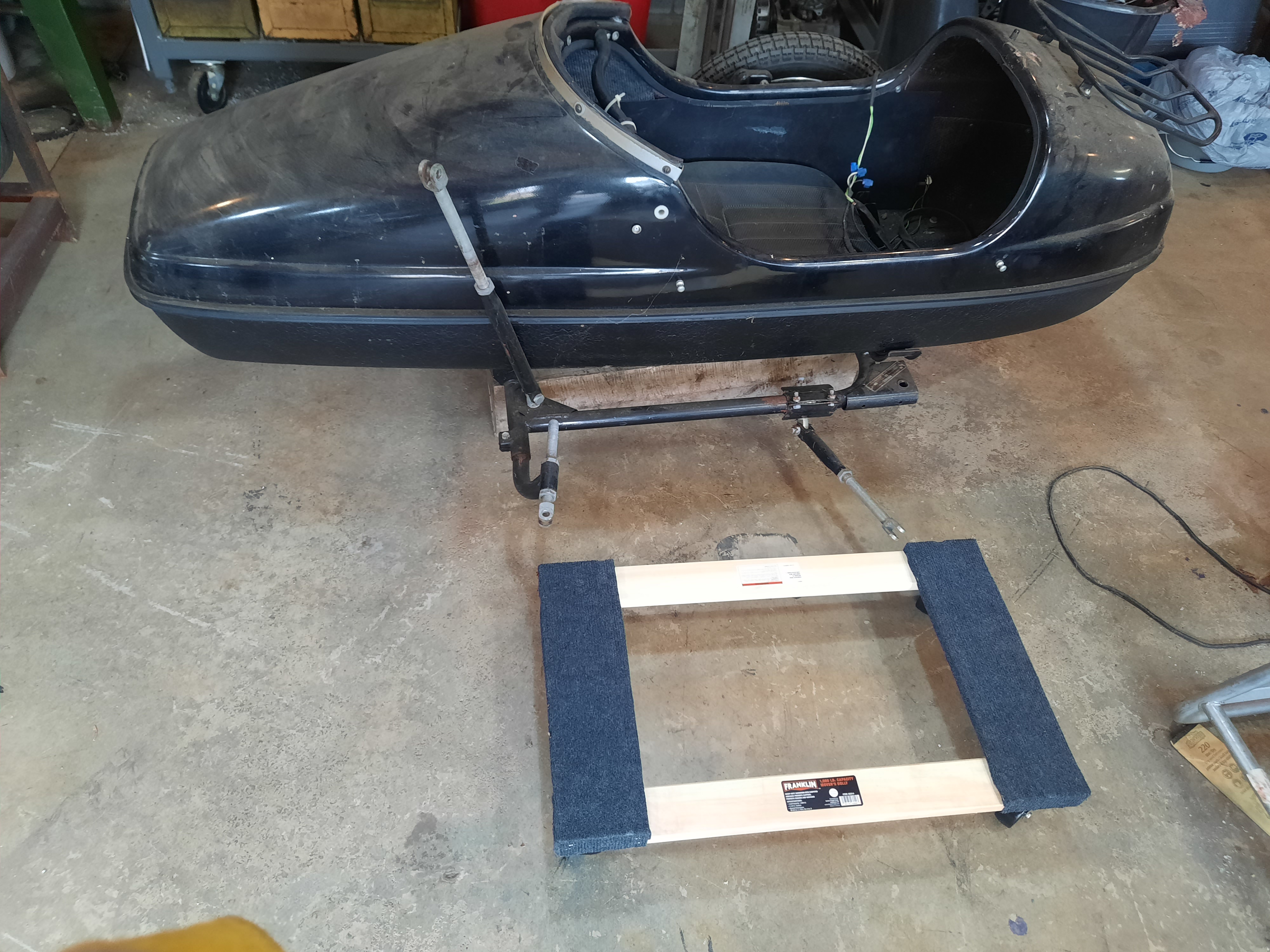 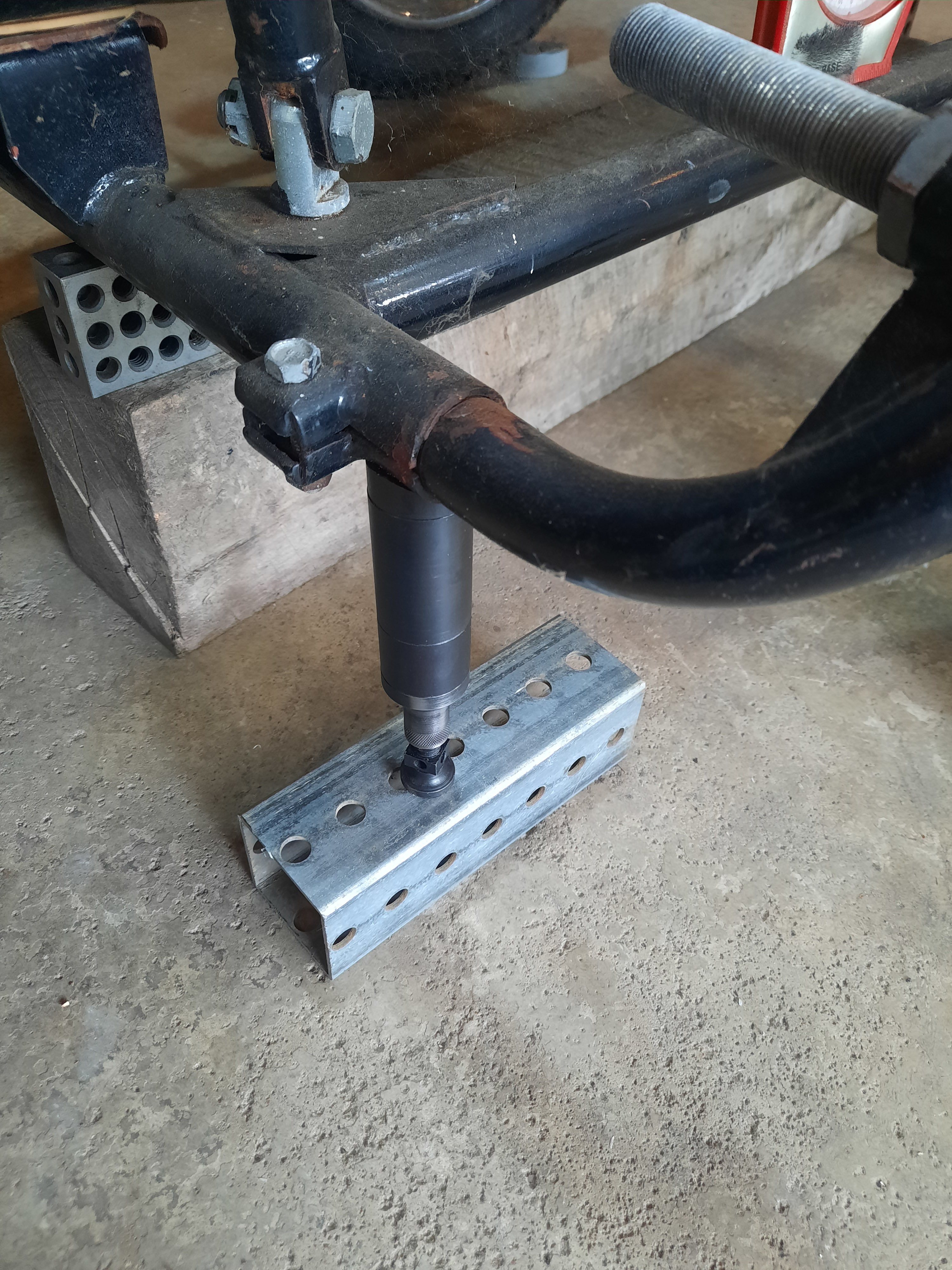 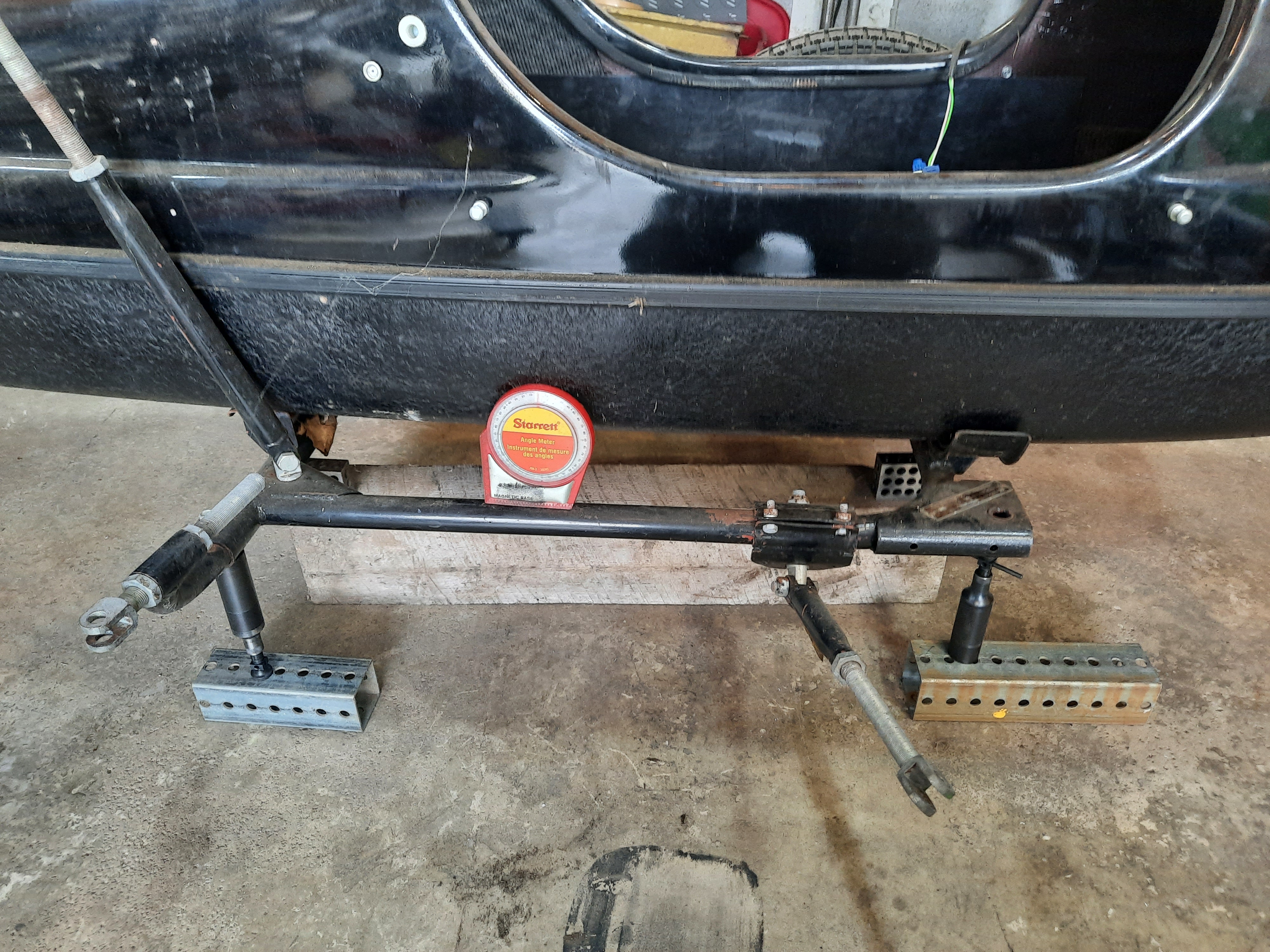 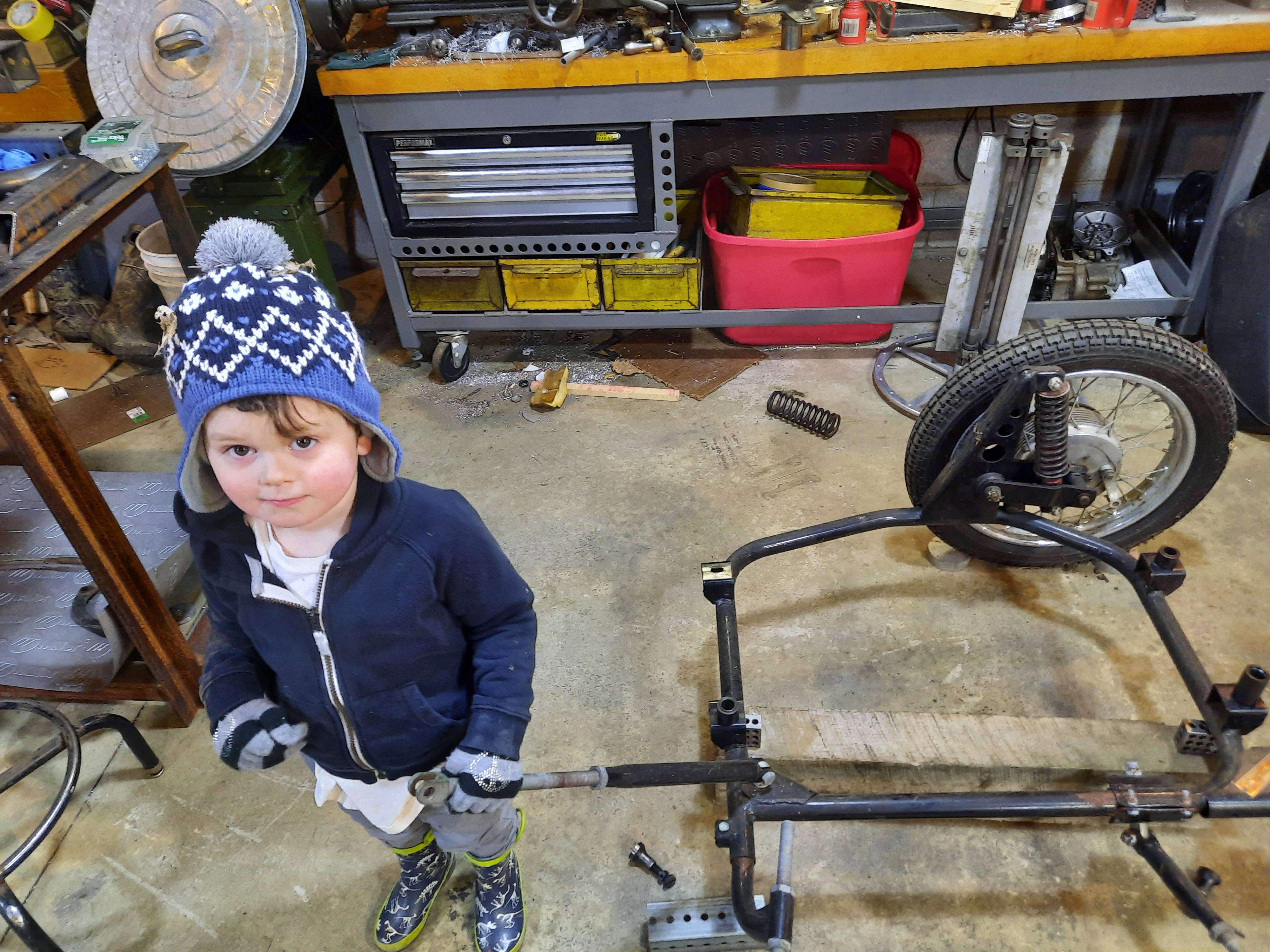 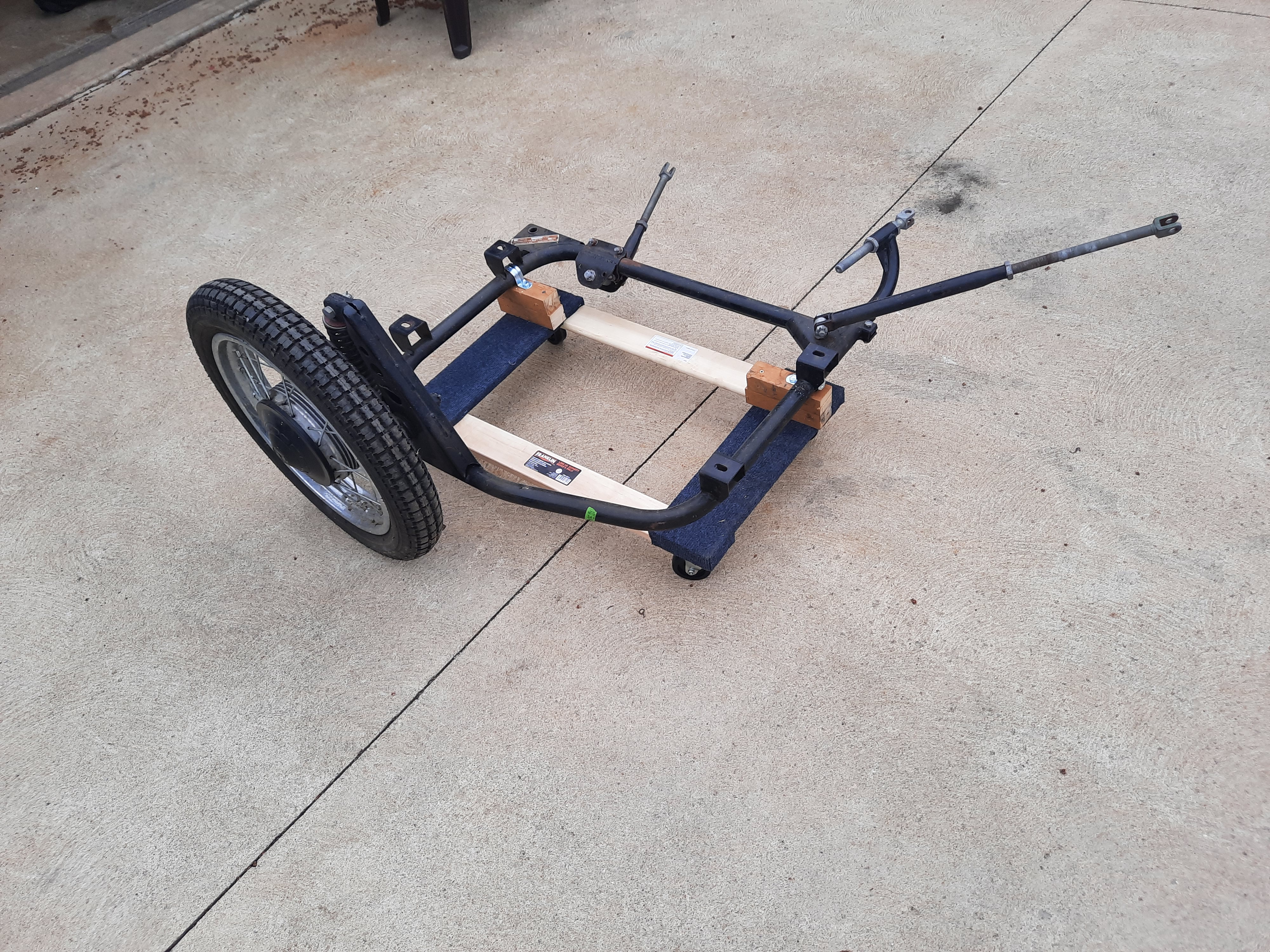 I couldn't resist rolling it out to get a rough idea of how it'll look next to the bike. Even though these velorex 562's are made for small displacement bikes, it still dwarfs the cb350. The car is a good distance father from the bike than it'll end up, but you get the idea. 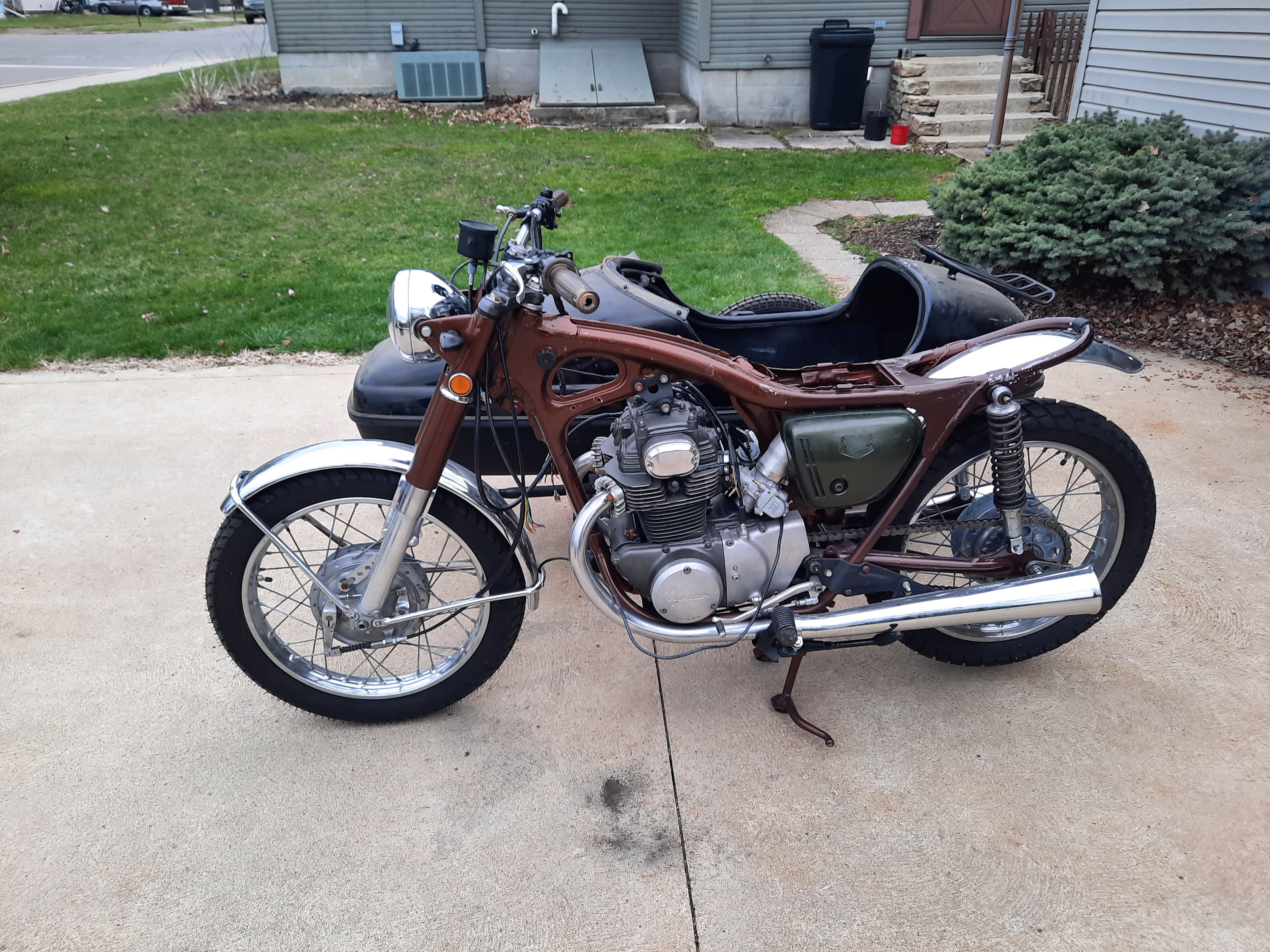 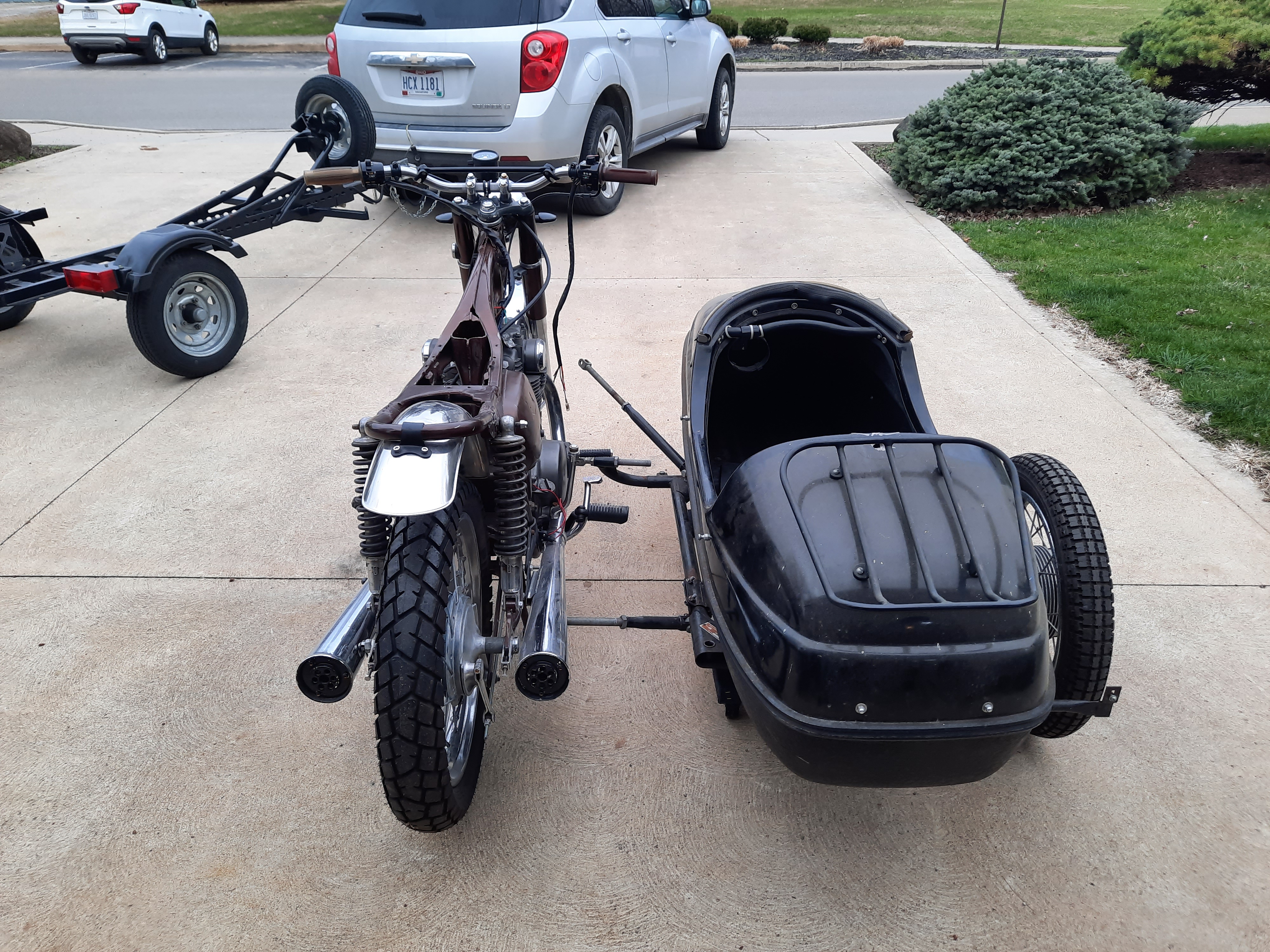 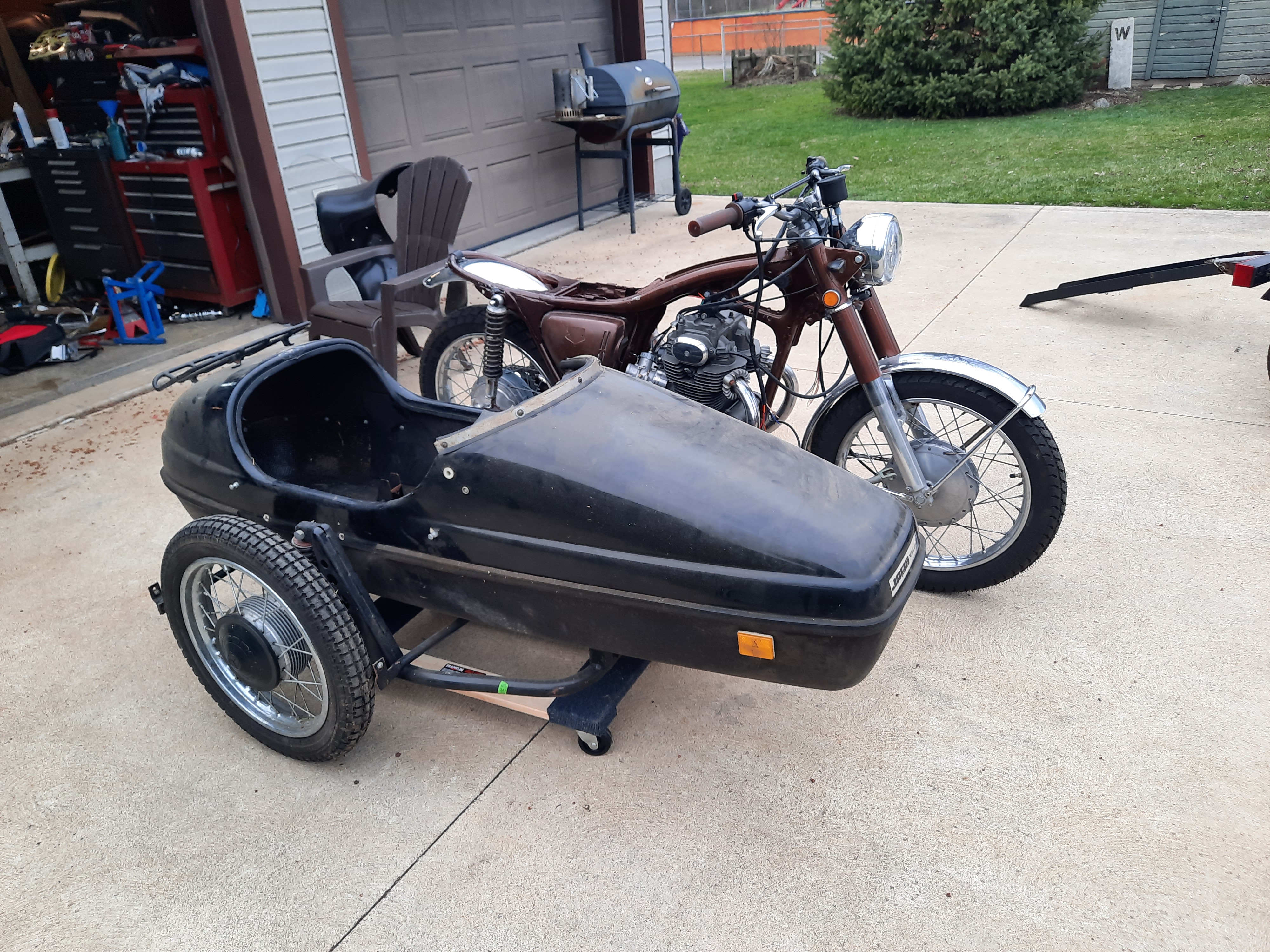 Also, upon further inspection, I'm relatively sure that even though this is a 1985 model sidecar, I do not believe that it has ever seen any miles attached to a motorcycle. I think the broken windshield and missing seat back are due to storage and moving around moreso than use.

Speaking of the missing seat back... velorex is pretty proud of replacement seat backs, and feebay is dried up of them, so my cheap self decided to try a go cart seat from a local surplus place. For $17 it was worth a shot, but I'm not quite convinced. I ordered a nice boat seat from Amazon that seems like it'll fit the dimensions better. Should be in by Saturday, so we'll see. 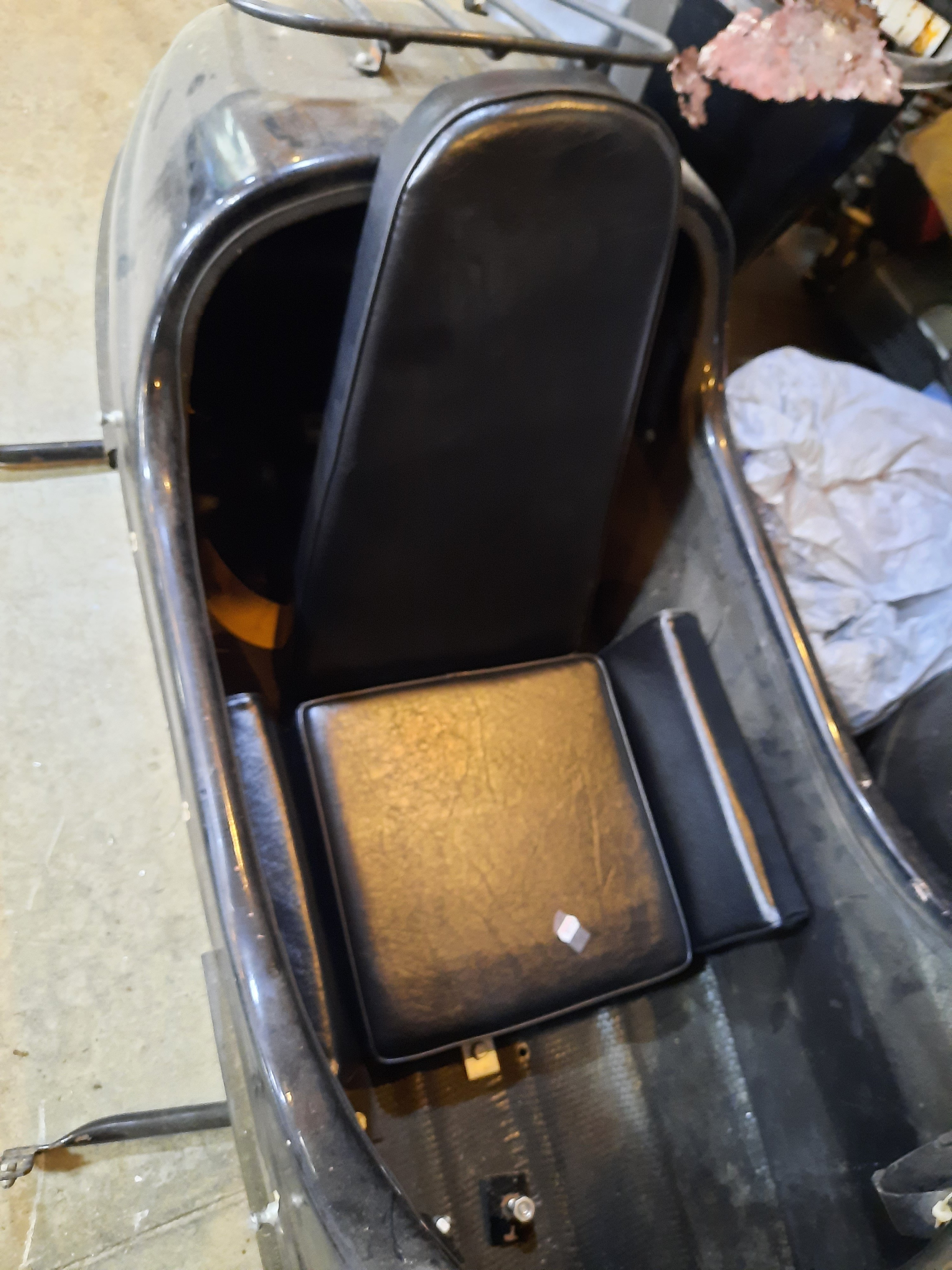 Boat seat should be more comfortable. BTW, HF furniture dolly for the win!

DTT SUPPORTER
DTT BOTM WINNER
Thats going to work fine. That tub is big enuf for Lenny AND the dog! As predicted the trip home blew the rest of the dust off the 350. Looks nice, man... that really gets me thinking about a hack on a R90... (Mark your calendar for the weekend after Easter, we'll look it over.)
Last edited: Apr 1, 2022

Hells yes! I can't wait to see this thing out be-bopping around. You know this means I'll have to get one to ride Eliza around in now, right?

john83 said:
Hells yes! I can't wait to see this thing out be-bopping around. You know this means I'll have to get one to ride Eliza around in now, right?
Click to expand...

I'm hoping it's ready for mid Ohio. If'n the whole clan makes it up, you are more than welcome to take it for as long of a ride as you want!

ridesolo said:
Thats going to work fine. That tub is big enuf for Lenny AND the dog! As predicted the trip home blew the rest of the dust off the 350. Looks nice, man... that really gets me thinking about a hack on a R90... (Mark your calendar for the weekend after Easter, we'll look it over.)
Click to expand...

It's maked. Looking forward to it. I'm hopeful that something comes of it. An airhead would treat you well, specially with a hack attached.

Lenny likes the boat seat. It came in today and fits much better than the go kart seat. 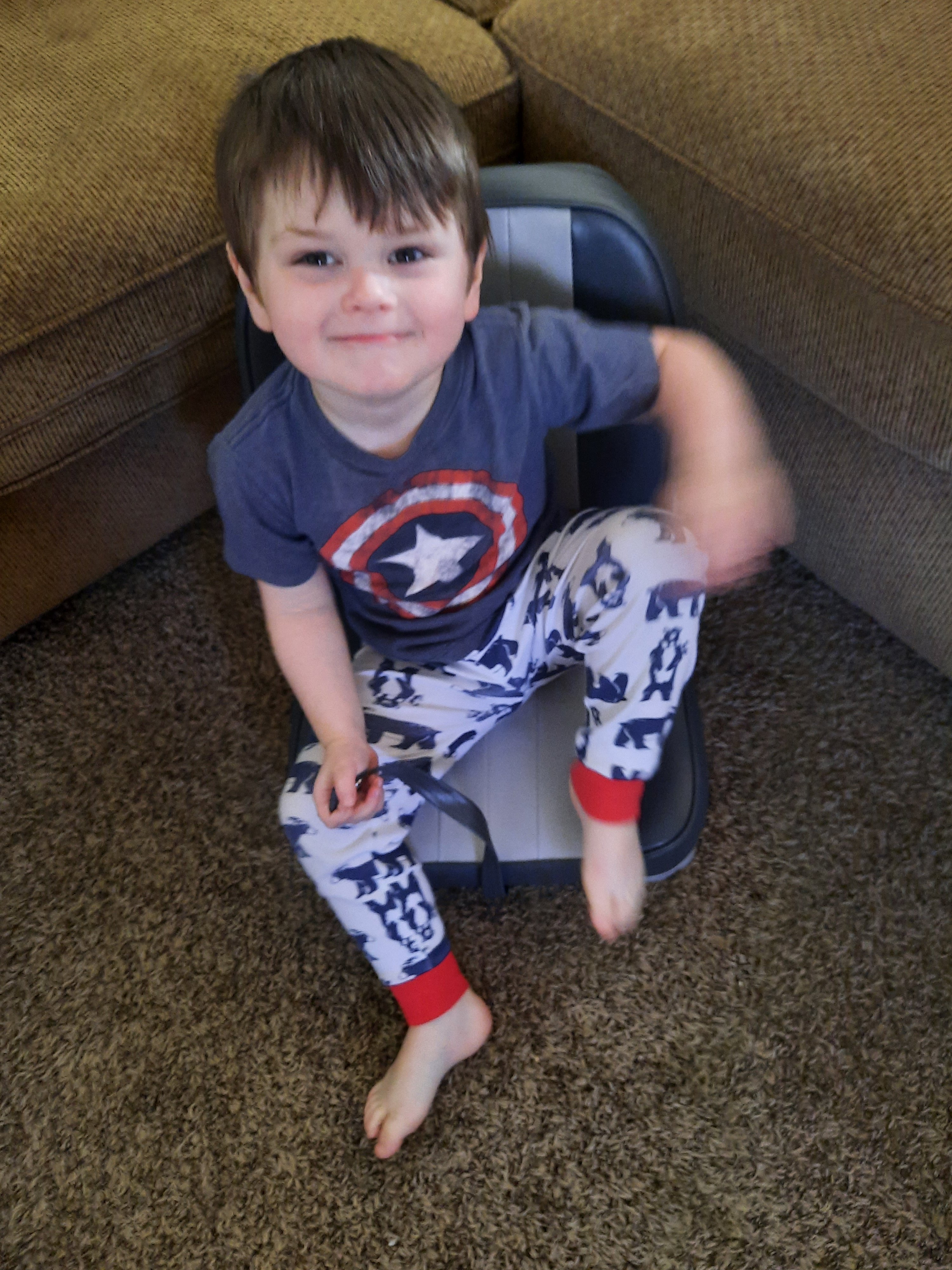 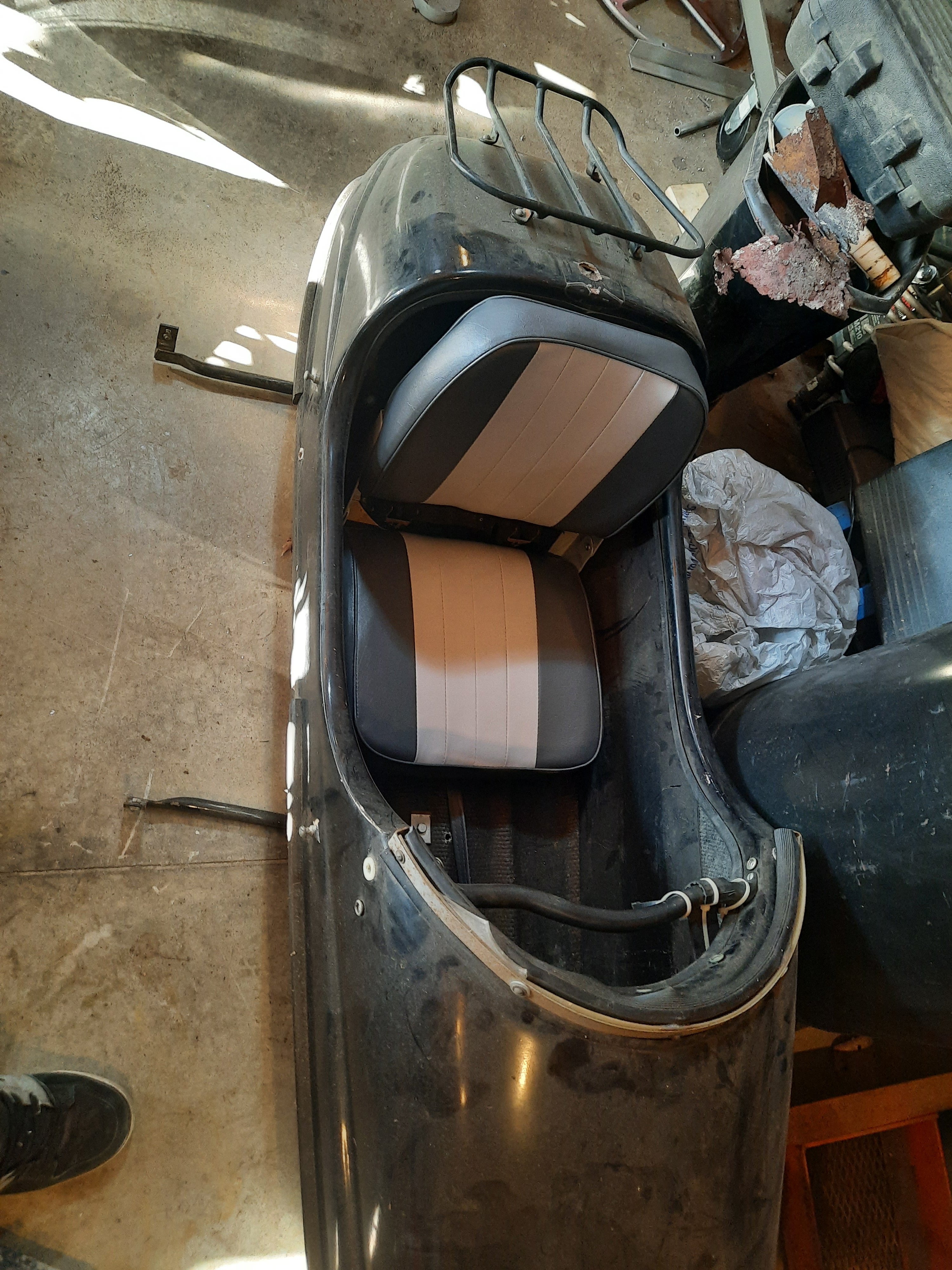 Looks great now, but he will out-grow it in about fifteen minutes.

pidjones said:
Looks great now, but he will out-grow it in about fifteen minutes.
Click to expand...

Yeah, right now he'll barely be able to see through the windshield and shortly he'll beg to do the driving.

Nice looks great and they grow so fast.

Do yourself a favour, especially with a bike, which in comparison to what the Velorex was designed for is so powerful and convert the mounts to ball-head clamps and the rear mount to a sliding mount inside the frame tube. (Design was intended for a 12 to 18hp motorcycle...) 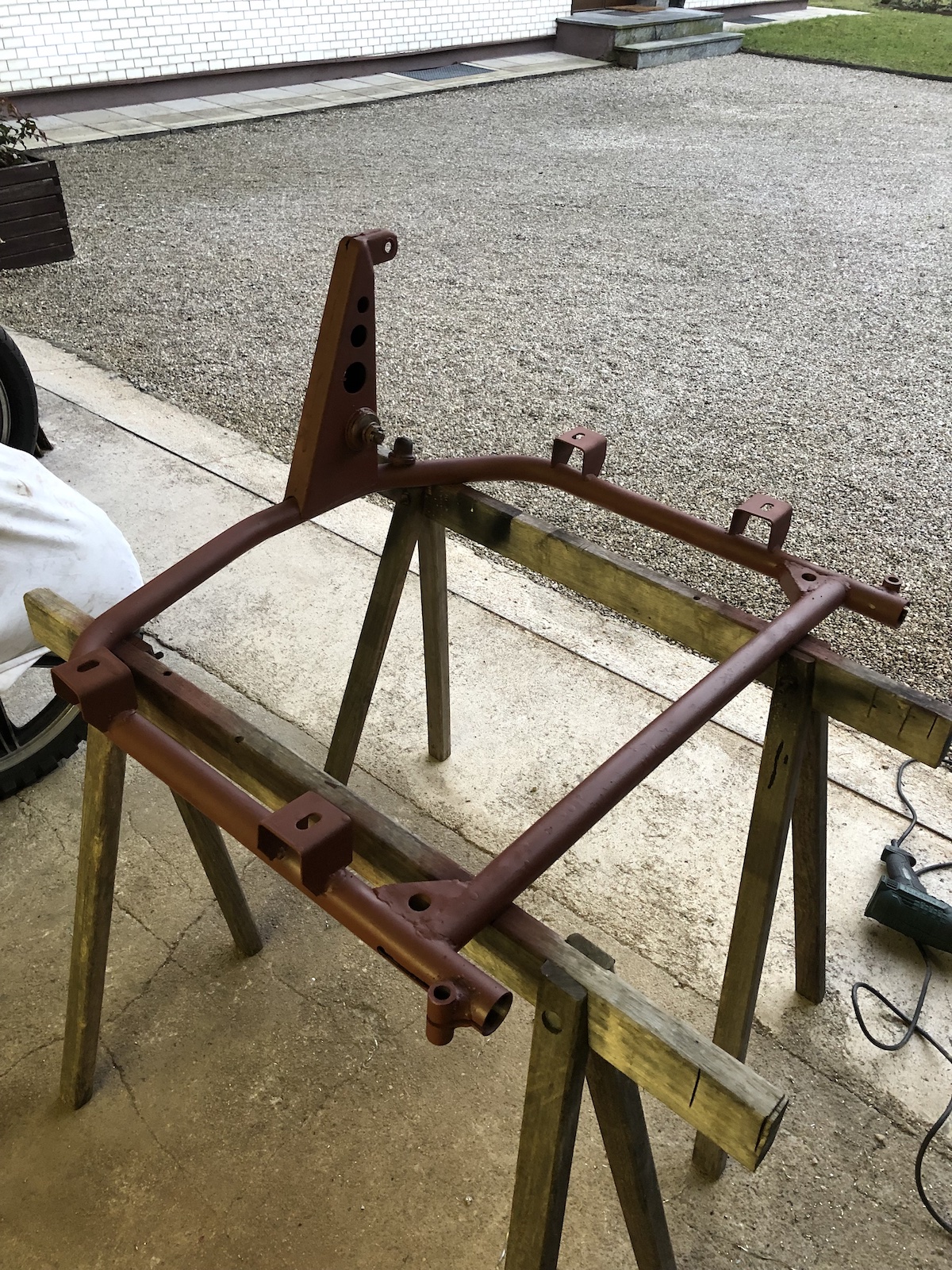 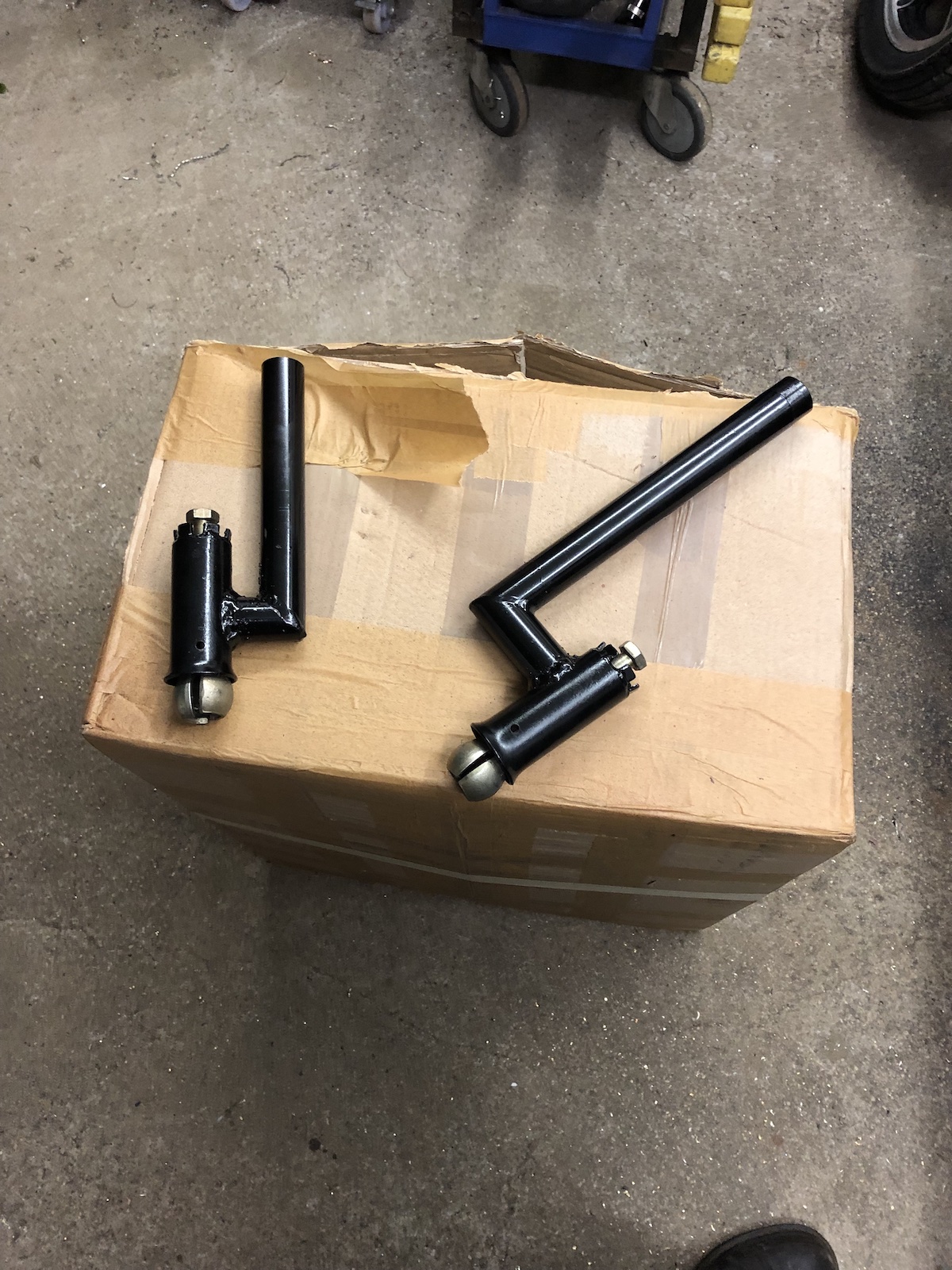