The blue comet is rad!

Does this make two days left? 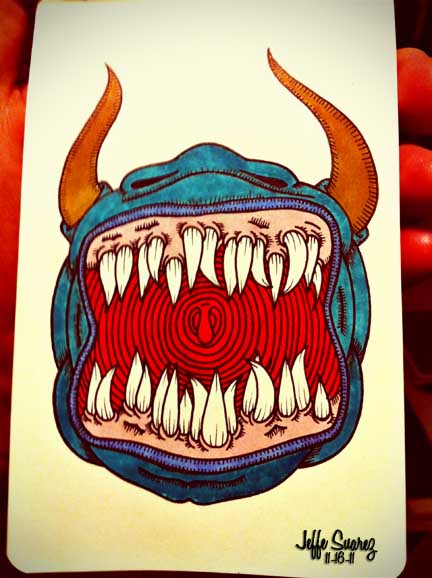 Fuck yes. This makes me want to start a metal band and use this as our logo. Haha.

Does this make two days left?
Click to expand...

that makes today the last day. I will post up later when I get back from work.

Von: that one was inspired by a toy from the 80's....though I can't remember the actual name of the toy, I think it was something like madballs.

MADBALLS! FUCK YA! I remember those. My uncle used to buy em for me 'cause my Ma thought they were "horrible". Haha.

The last ten have been so hectic man. Sickkk
Congratulations for the past 365 days of madness,
I hope your relationship with the devils are far from over

Thank you everyone for viewing the daily devils and following along with me. It's been fun. Without further ado, I give you "Made in Hell" 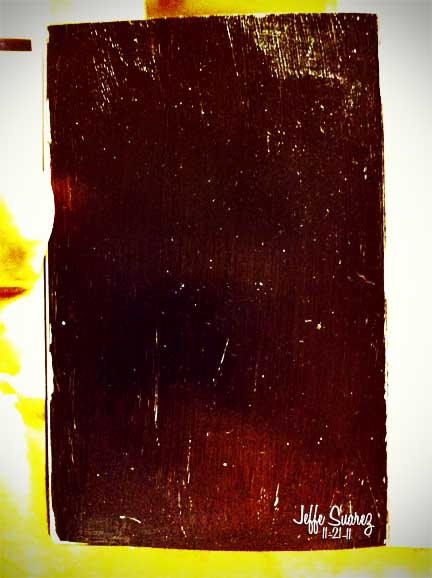 I keep staring into the darkness, expecting something to jump out at me.

Hell of an accomplishment brother. Congrats!

If you look close there is a reflection of a mouth and nose in the black paint, which is me. There is also a complete devil drawn underneath the paint, which you can only tell that from the underside of it, but it's not really important. I just wanted to make sure where was one in there. I had the blank slate planned from the start which is sort of an ode to the Sopranos, as found in the title of the last two illustrations. I love that show and really dug it's ending, so I used the idea for this work. Since it was a daily series I really didn't want to end it with an expected piece as there would be nothing left to the imagination. the black piece just leaves it up to you to imagine where they go from here.

I never realized how much I like green. It looks like I used it for more than 50% of them.

Congratulations! I am impressed with your dedication as well as your talent.


Out of curiosity is there any interest in a set of riding gloves like the ones I posted in here: 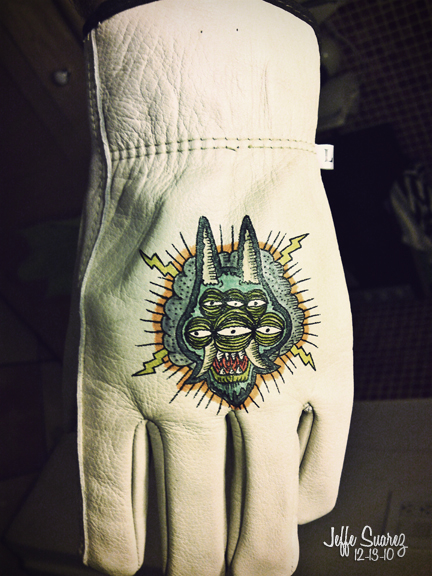 I can do a set for $40 shipped. I have two pairs of blanks, size large. They are soft and break in very nicely. The black ink hasn't faded in a year of riding with my personal ones so far. The color portion has faded ever so slightly, but living in Miami anything fades due to the sun.

Hand drawn with ink that lasts! I made a personal set a year ago almost and I ride every day to work and the gloves still look great (except for the oil, gas, and brake fluid that got all over them.) The ink has held up through all the abuse. These are $30 shipped to your door, size large. 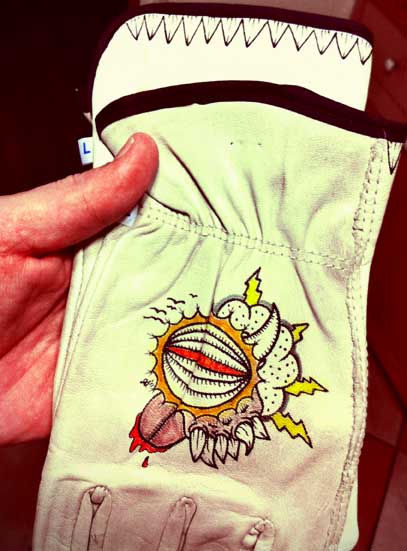 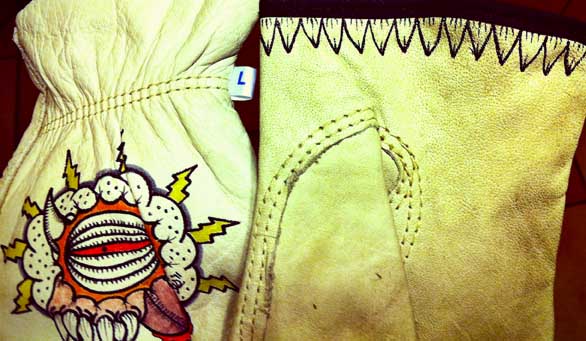 Congrats Pawn, great accomplishment and awesome art. I cant even explain how much I have enjoyed following you in this journey and I hope to continue to see your art for a long time to come. You are a truely tanented person and the ability for you to complete this feat awes me. Great job!

Dang man. Some really talented work here. Keep it up

thanks tWisted! I really appreciate the words. And thank you adrian.