DTT SUPPORTER
DTT BOTM WINNER
I had a BS38 carb that sat for a long time with water in it dissolving the float towers and seat for the needle valve. Other than this the rack was in great condition - in fact it is the first set up carbs I have personally encountered that did not have the pilot plugs drilled out yet. If the needle valve sealing surface wasn't damaged I probably would have left the towers alone, but since i was in there anyway... 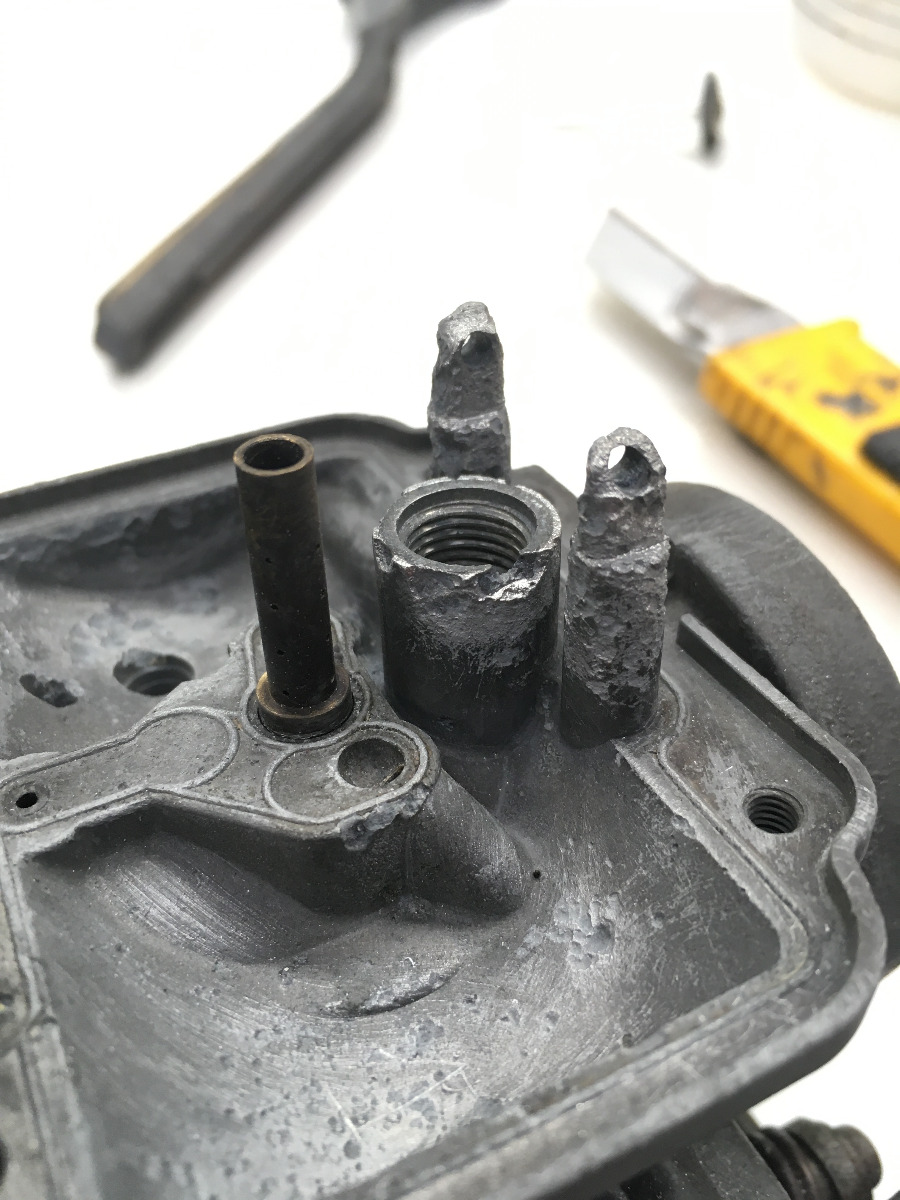 Not wanting to shell out for a new rack I decided to give Muggy Weld - Superalloy 1 a try.
This a low melting solder and is intended for use on pot metal such as these carbs.
The metal must be VERY clean. I used a small burr for aluminum in a dremel to grind back all oxidization and pitting. Its imperative the base metal is clean to get a good bond. 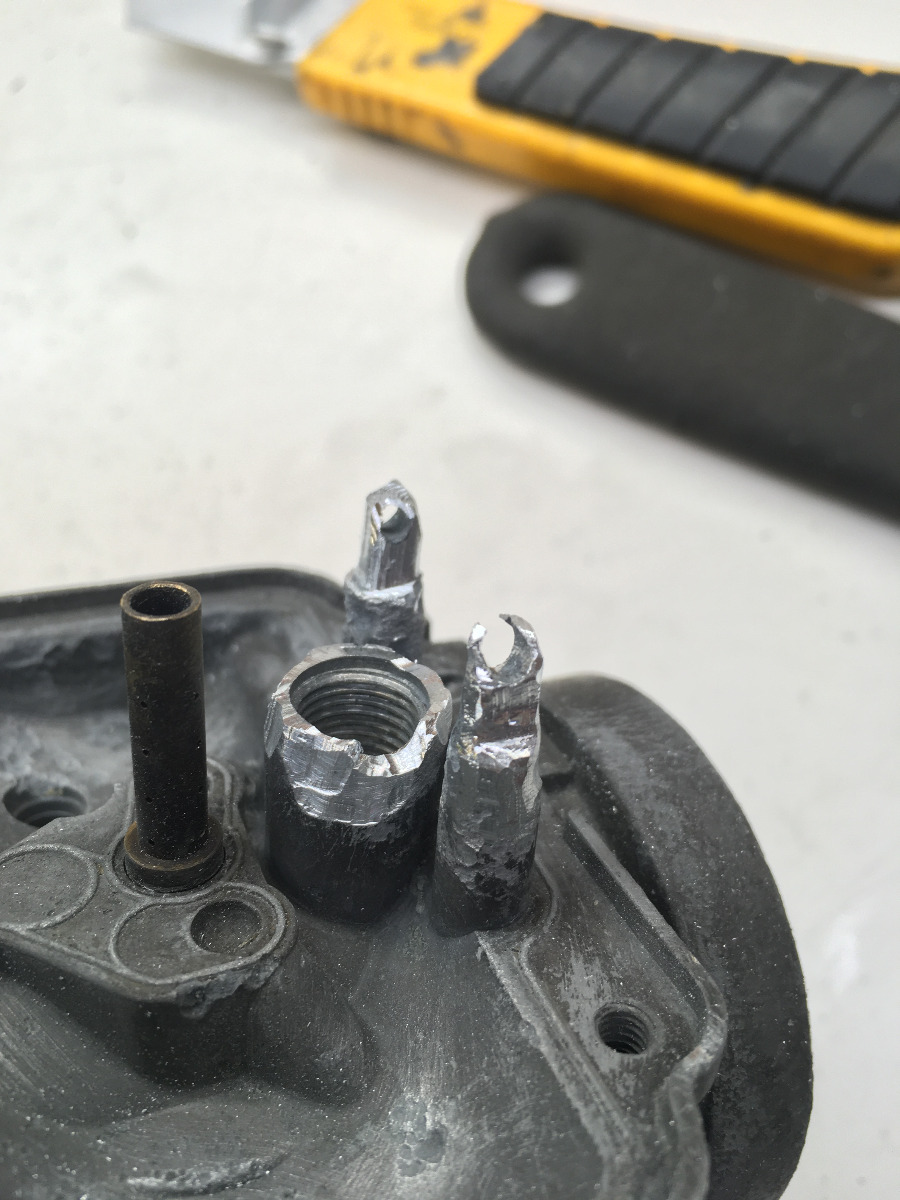 This is where things got a little tricky. I did not have a spare carb to practice on so initially i followed the muggy weld directions. However this was a mistake. The directions i saw were prescribing the solder be used like a solder - using capillary action to wick into seams. This resulted in depositing too much solder as it kept flowing out as i tried to build it up. This was not what i needed as I had to build up material to remove it. Instead of providing widespread indirect heat to allow the solder to flow as per the instructions, i instead focused the heat in localized areas, quickly flashing the area so as not too overheat it. As soon as the flux turns brown you have hit the correct temp. Then with no flame i allowed the solder to touch the area to build up and it quickly melted. A couple quick blips with the torch to ensure the solder melted to the root material and its good to go. Needless to say, I got way too much solder on there because of the learning curve.
I used a standard handheld propane torch, but one of those small soldering torches probably would have worked great. 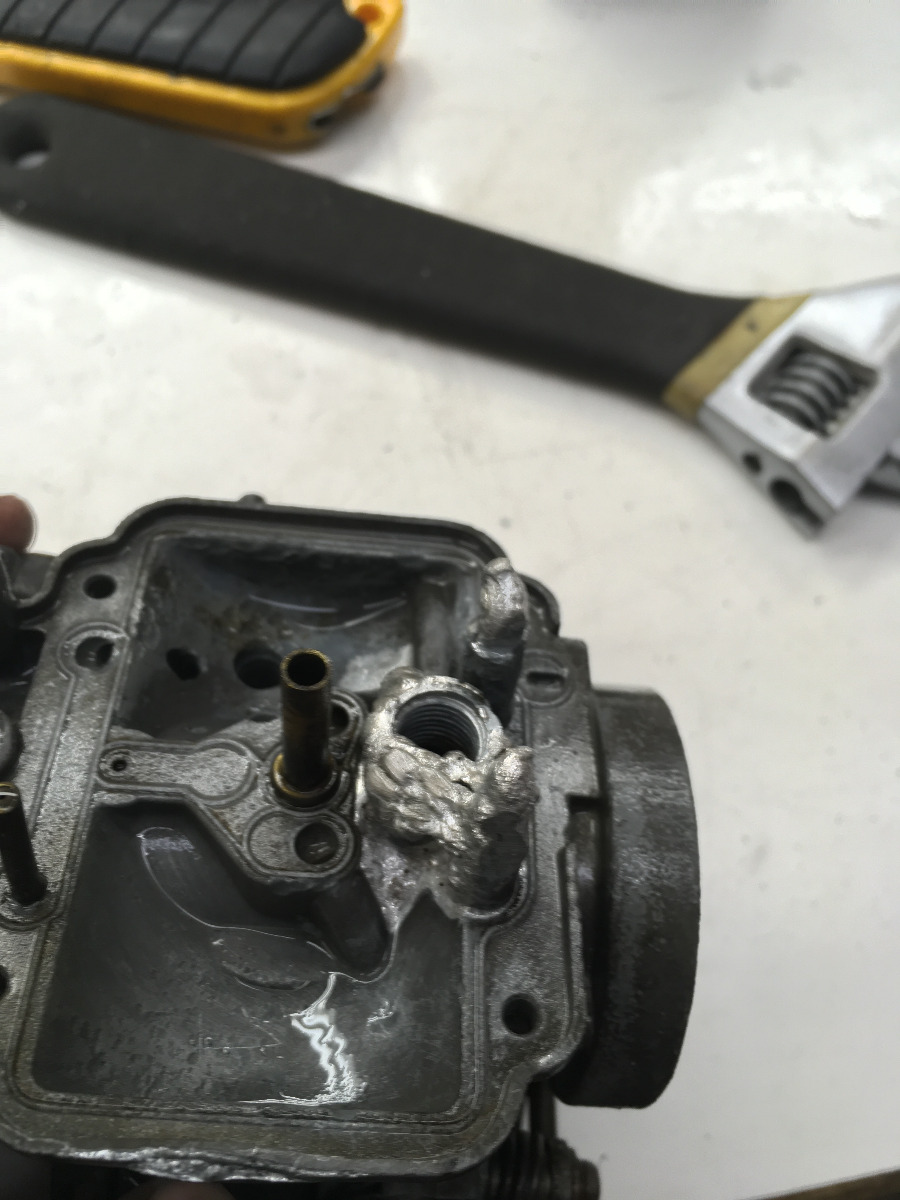 While the carb was still hot from solder I sprayed it with a hose which removed all the flux deposits leaving shiny metal. Then came the process refining it back to something usable. I carefully ground it back using a burr in the Dremel to rough it out and then a series of files to refine the shape. I had to go back with the solder a couple times before i had enough built up. I used the other carb as a reference to mark the tower holes and drill them. I also re-tapped the valve needle hole M10-1.00 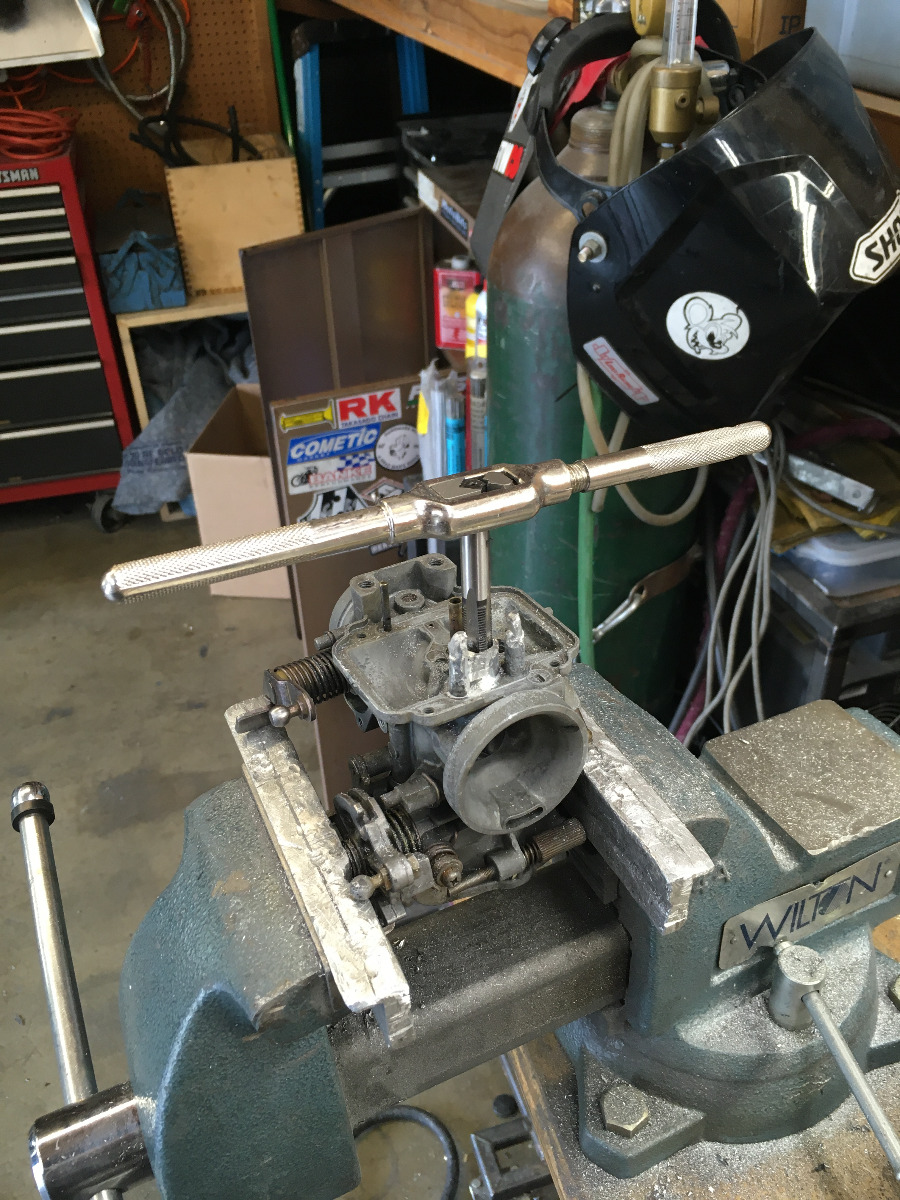 To make sure this carb didn't leak down the road I needed a good seal on the boss. I drilled out a bushing to fit on a m10-1.00 bolt. I then cut a small piece of sandpaper to fit the face of the bushing. Using a Sharpie to blacken the sealing face I then screwed in the bolt and turned the bushing with sandpaper on the boss face. This showed me any high spots which I took down further with a needle file. Once it was relatively uniform i spun the bushing repeatedly until there was no high spots - similar to lapping a valve. 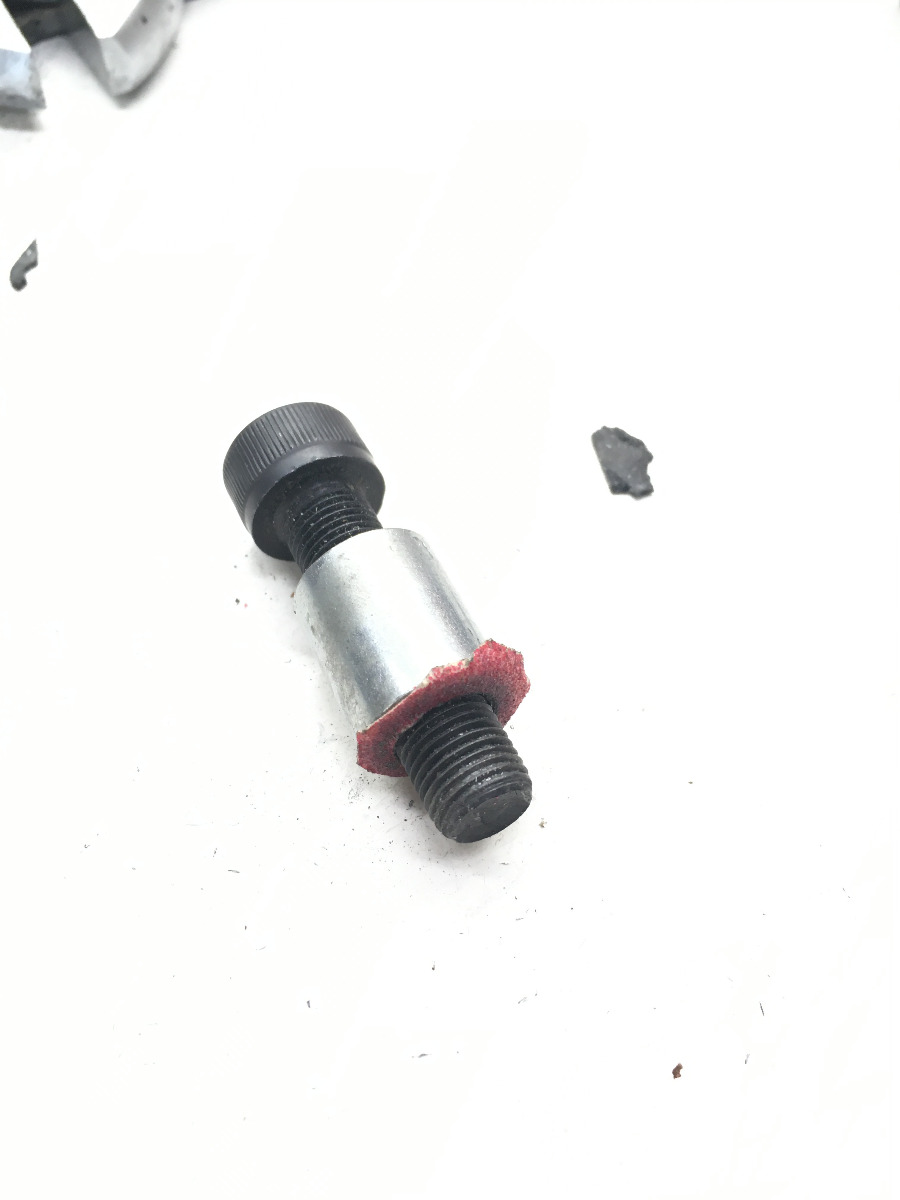 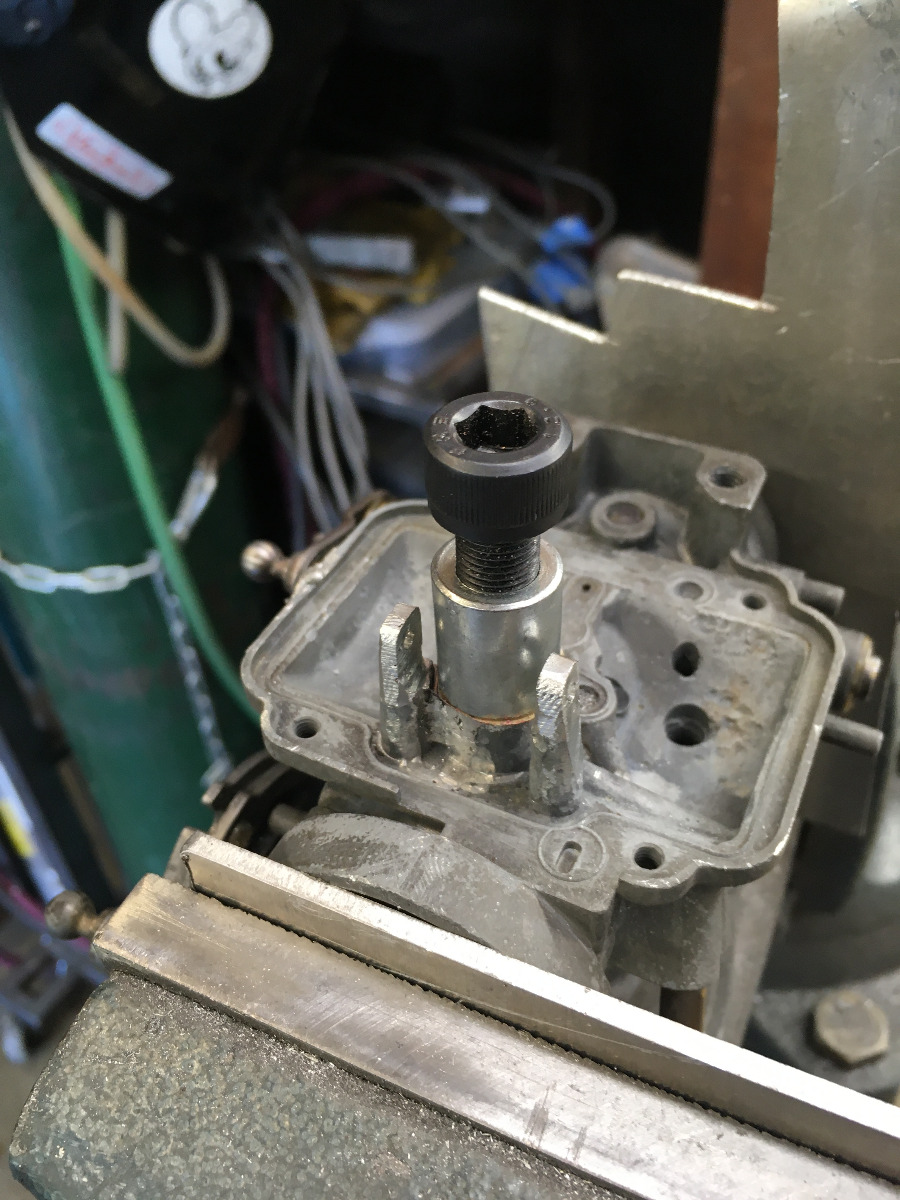 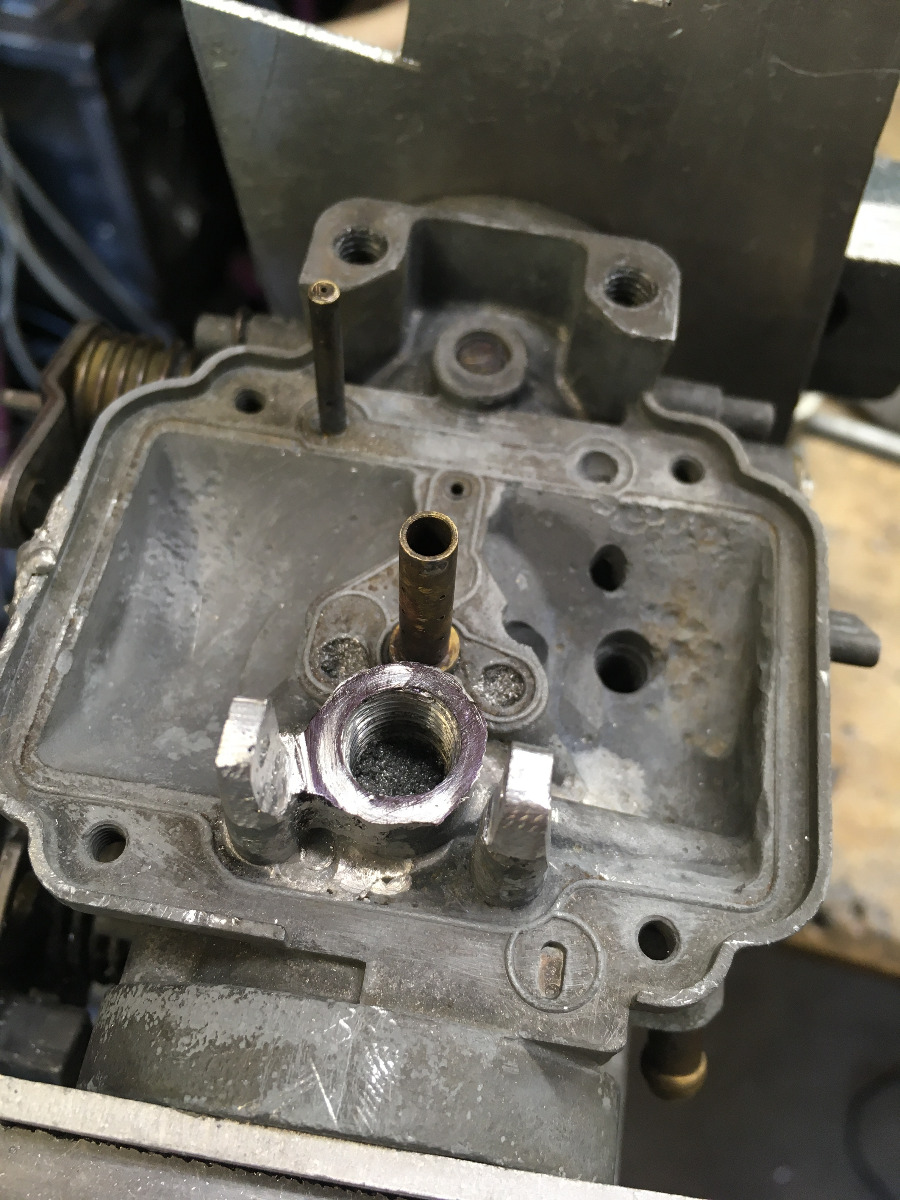 The result is a fully functional carb. I was able to set the float height and I let it sit over night - No leaks! All in all it took me about 2 hours, it was rather tedious and i would rate this repair as "advanced" however it required zero special tools beyond what I already had.

Another tool to keep in mind. Good hand work, too!