NOVEMBER 2012 DO THE TON BIKE OF THE MONTH - VOTING

JustinLonghorn said:
Ha, me too: 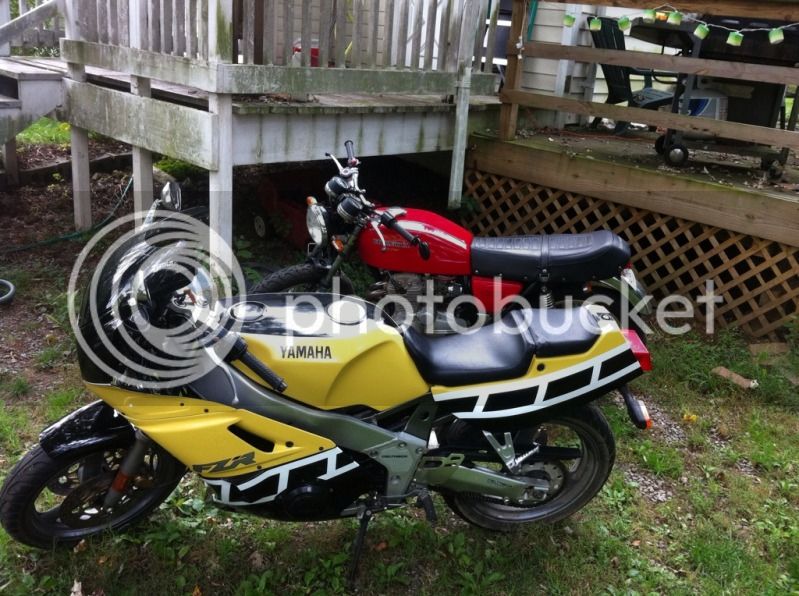 It's got to be the Fizzer for me!

That "Ginger" CB is just too pretty! Got my vote!

may be just me but if that sr250 had some semi knobby tires it would be a shoe in. Not sure at this point who to vote for. What are your standpoints on foreign policy.

Staff member
Attracting nearly 1/2 of the 179 votes this month, Milehigh's CL450 has run away from the pack and is our November 2012 BOTM! Banner to follow.

Doing it for the first time

Congratulations Milehigh - a good-looking bike, even though it's not a Yammie!

cool man i voted for you last time. Had it coming. Those tires are wild

Just a correction to be noted, Henry's bike is a CL, not a CB.

Tim said:
Attracting nearly 1/2 of the 179 votes this month, Milehigh's CB450 has run away from the pack and is our November 2012 BOTM! Banner to follow.
Click to expand...

Worth bikes all. Congrats to MileHigh and his 450. CHE (risen from the dead)
J

Nice one! Very sweet bike, I'd park it in my garage.

DTT BOTM WINNER
Congrats Milehigh! Thank you all for voting.

for your health, dummy.

DTT BOTM WINNER
Thanks all, it has been an arduous journey rife with blood, sweat and tears trudging through the darkest chasms of black sludge and sooted billows. The beast transitioned through many forms, each more formidable than the last. Days, weeks and months passed and the beast had not seen its beckoning. Finally emerging nearly a year on the day, with a shiny metal construct forged from the purest steel in the land. The gods had graced the beast with the finest of drabs, leathers from the European shores, eyes from the great greek cyclops and a spirit more pure than mother teresa herself. As the beast manifested in first day light, a roar was heard throughout the land, rumbling through the hills, down the mountain side for all to behold. Alas! cried the beast, I am freeeeeeee! And I heard as it were the noise of thunder. One of the four beasts saying come and see and I saw, and behold a white horse...And I heard a voice in the midst of the four beasts. And I looked and behold, a pale horse, and it's name it said on her was Ginger, and Hell followed with her.
You must log in or register to reply here.
Share:
Facebook Twitter Reddit Pinterest Tumblr WhatsApp Email Share Link