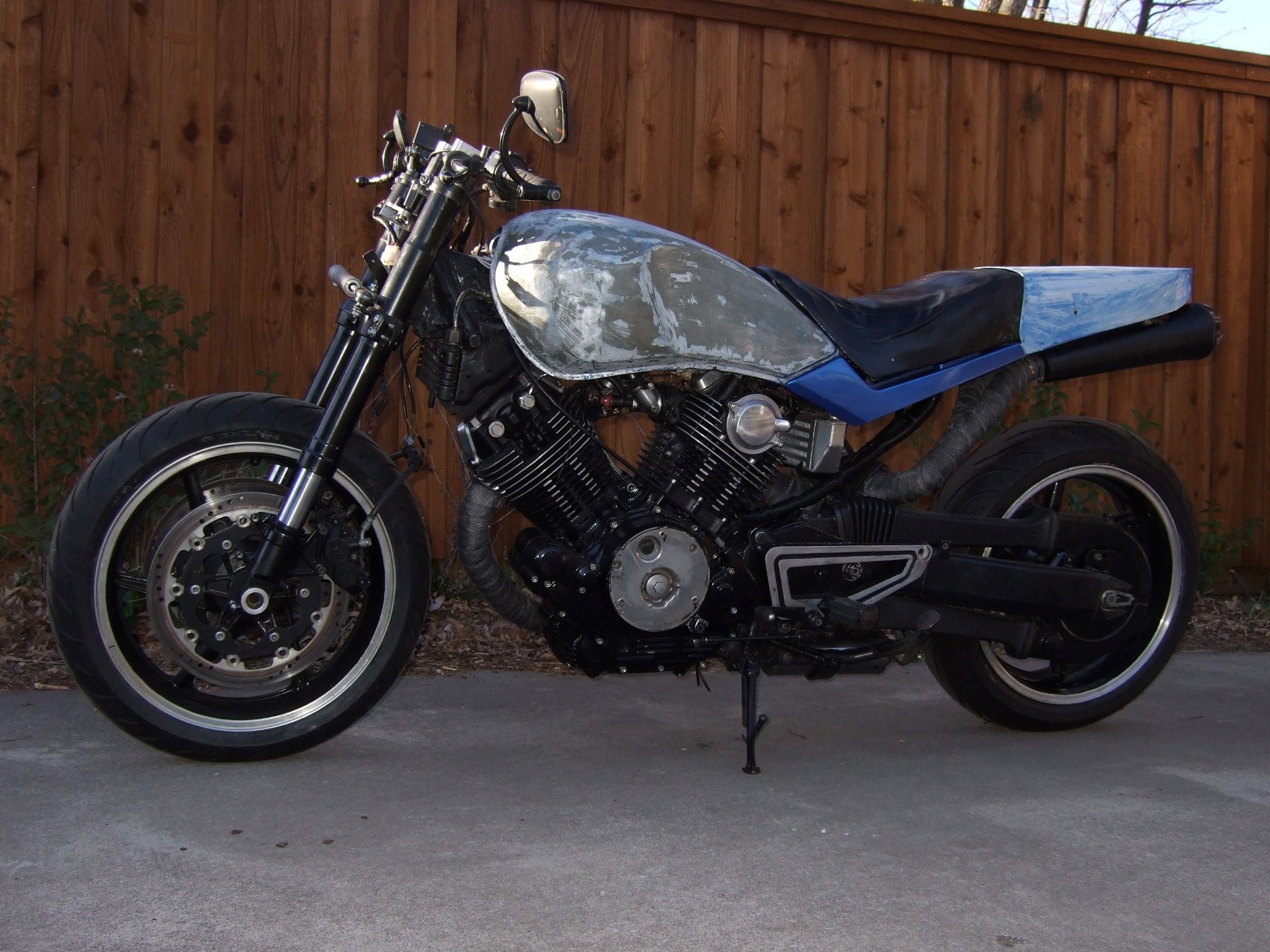 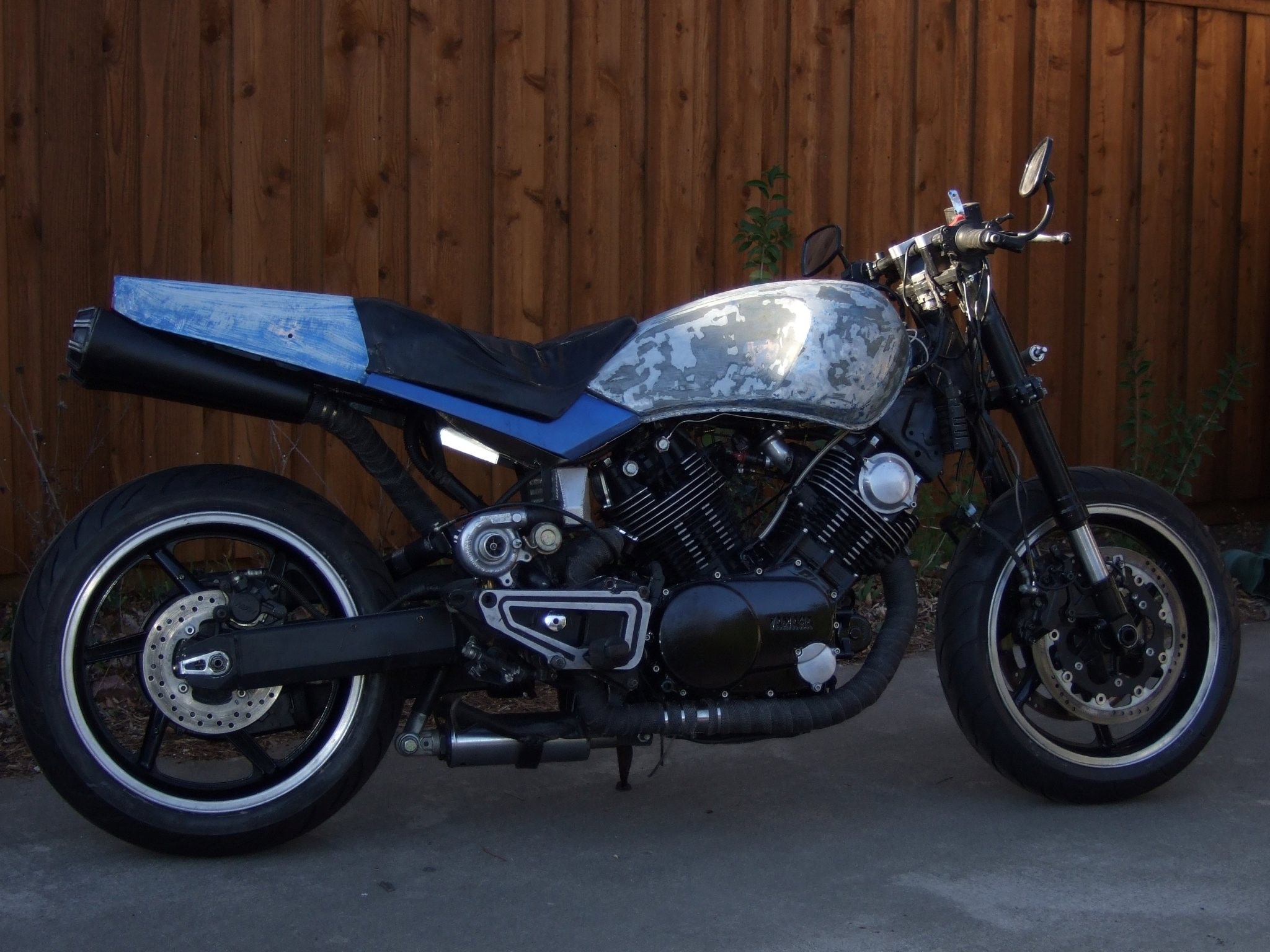 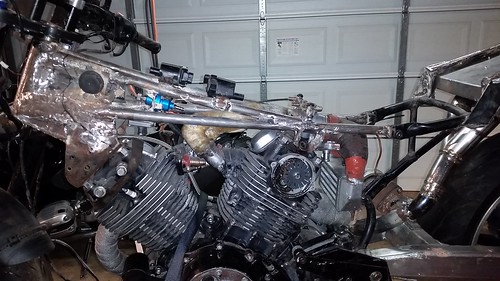 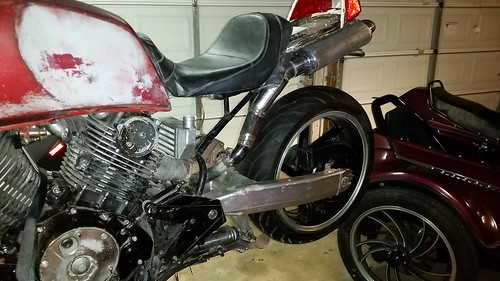 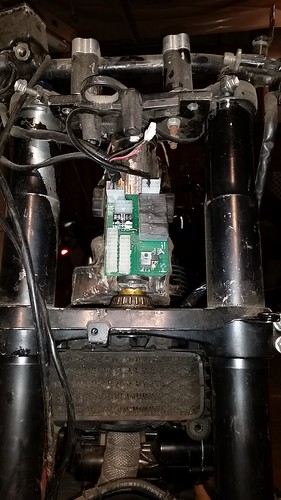 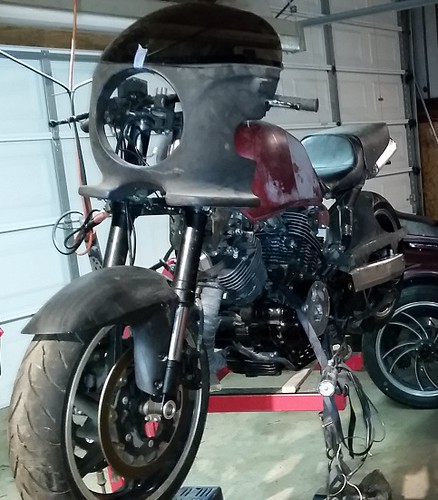 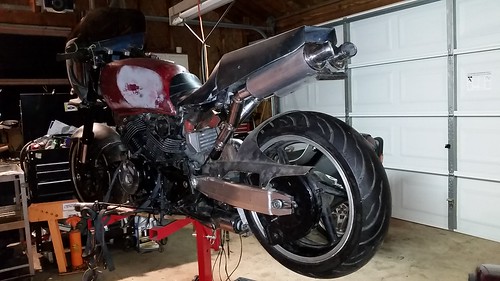 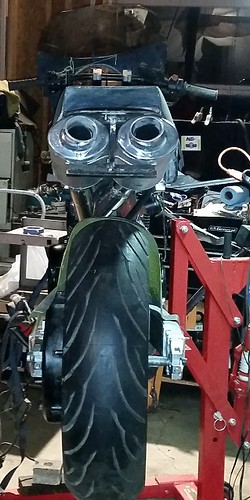 Keep up the good work, and more pics of the sidecar!

Well, I've seen a few threads revived from the dead lately... so I guess I'll join the crowd. I finally got my turbo EFI XV920 to a rideable state. EFI tuning and the seat cover are still in progress: 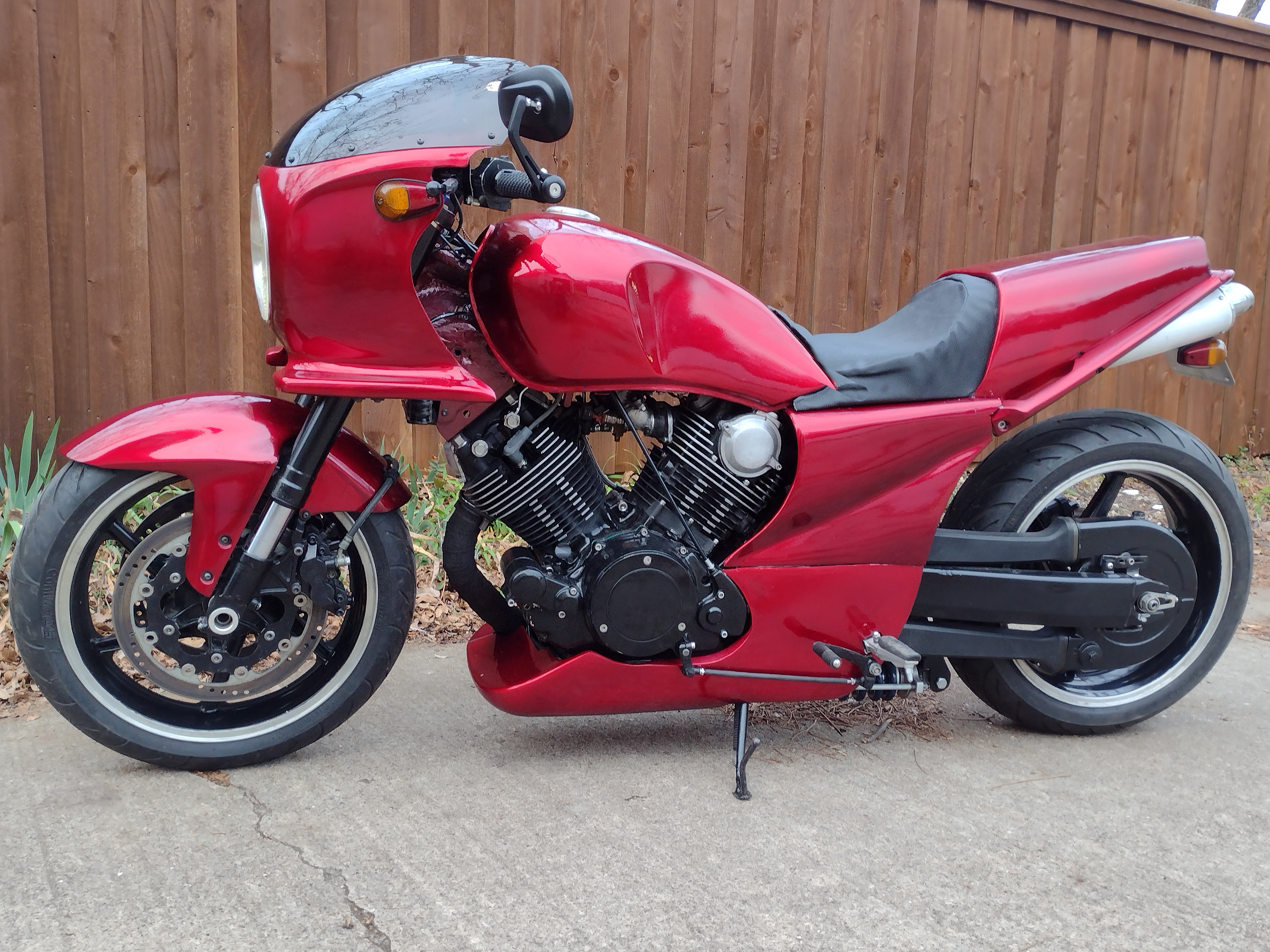 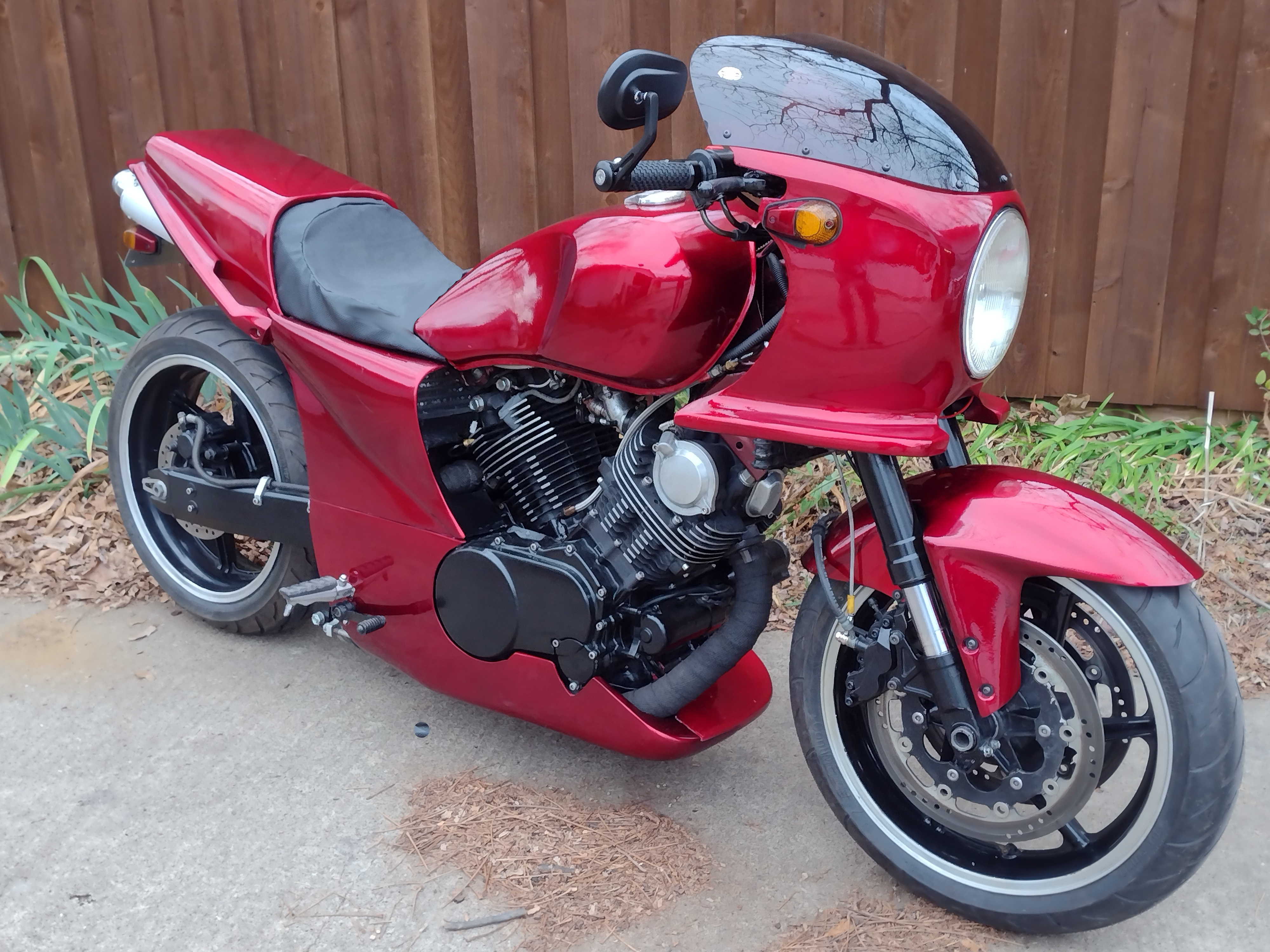 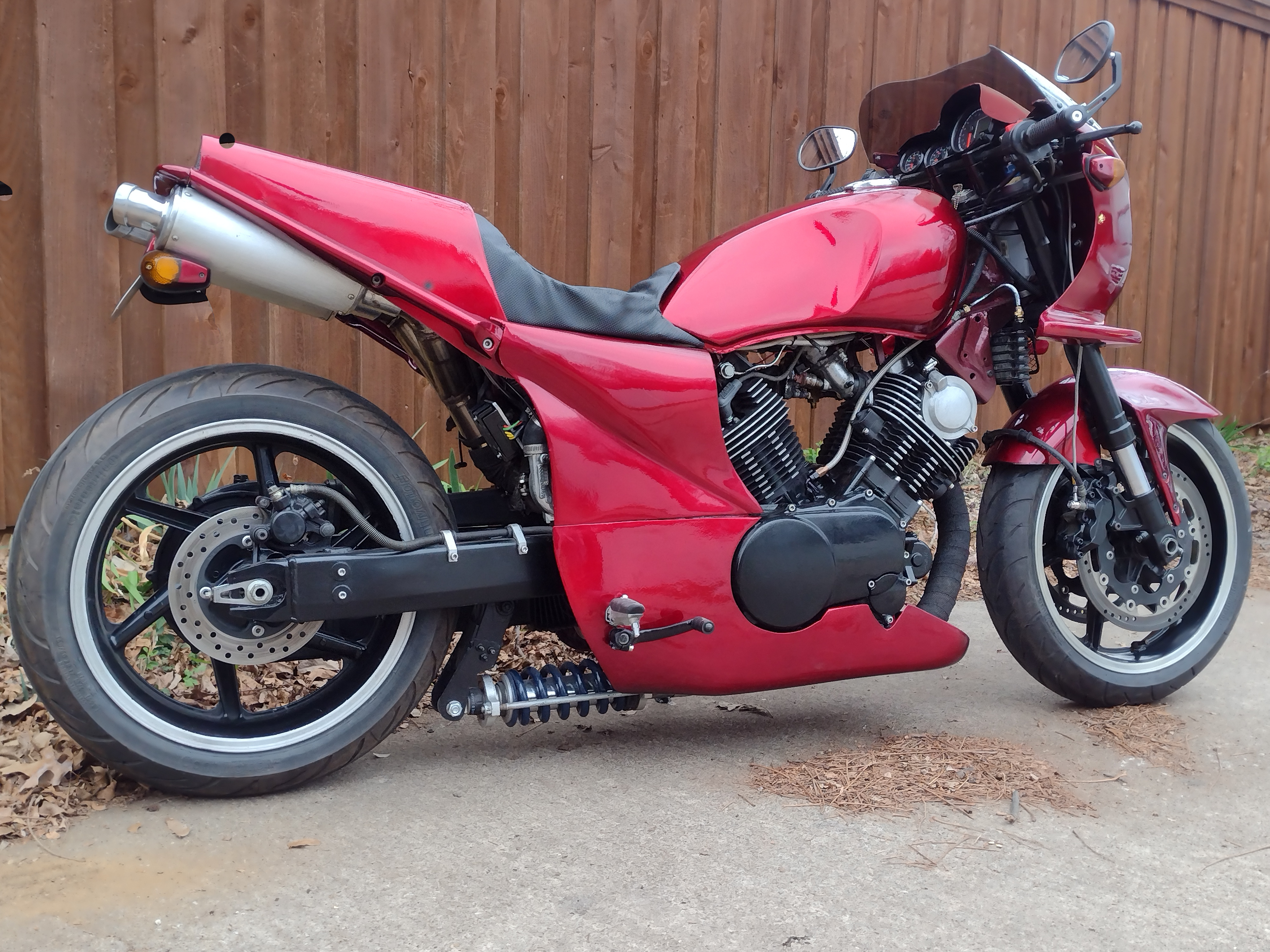 Well, following a life-long philosophy of "anything worth doing, is worth doint to excess", I built another motor for the turbo bike: 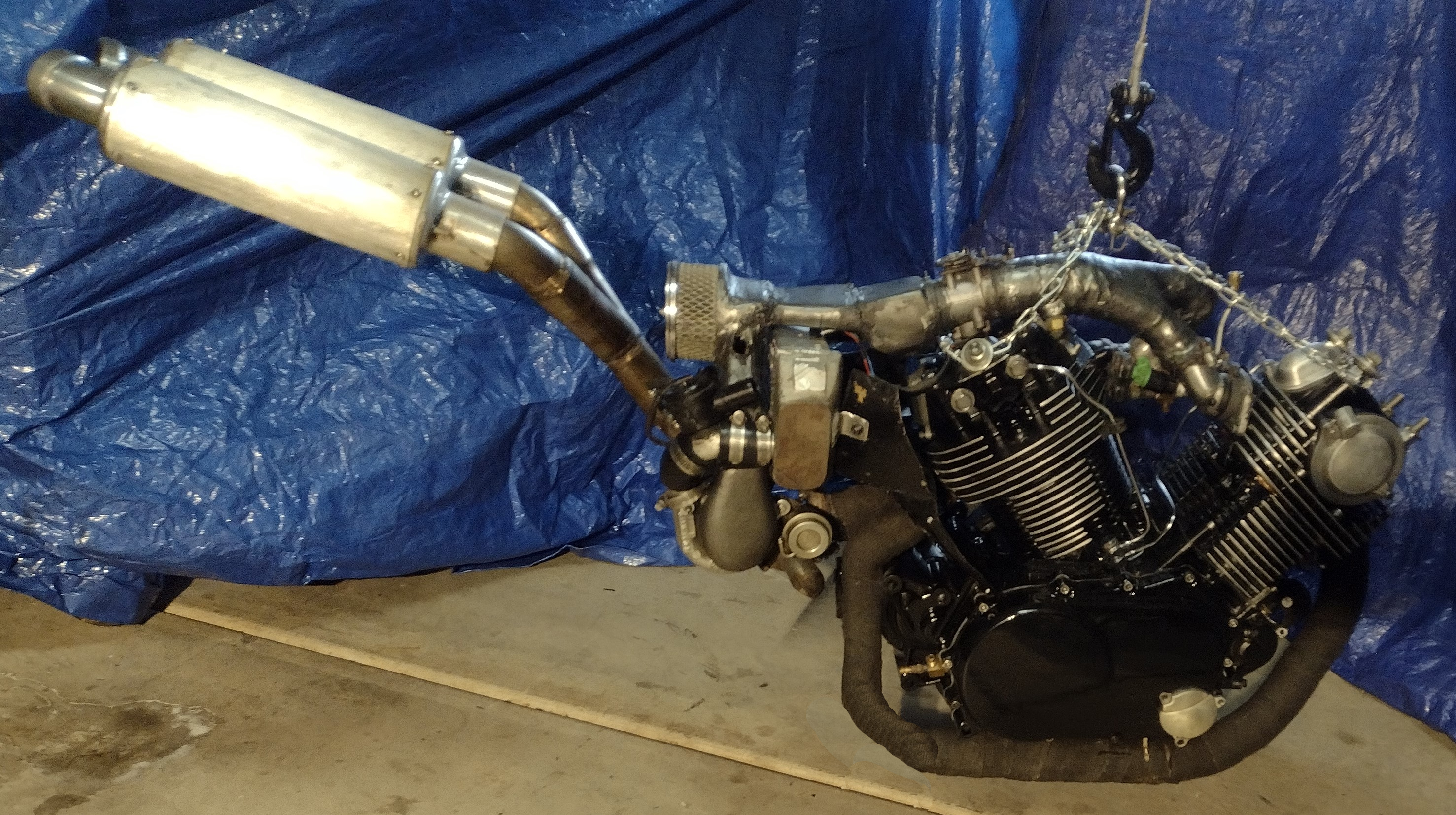