Here is a preview shot that my buddy took on Saturday. It is still missing the side emblem here, but I will post it anyway 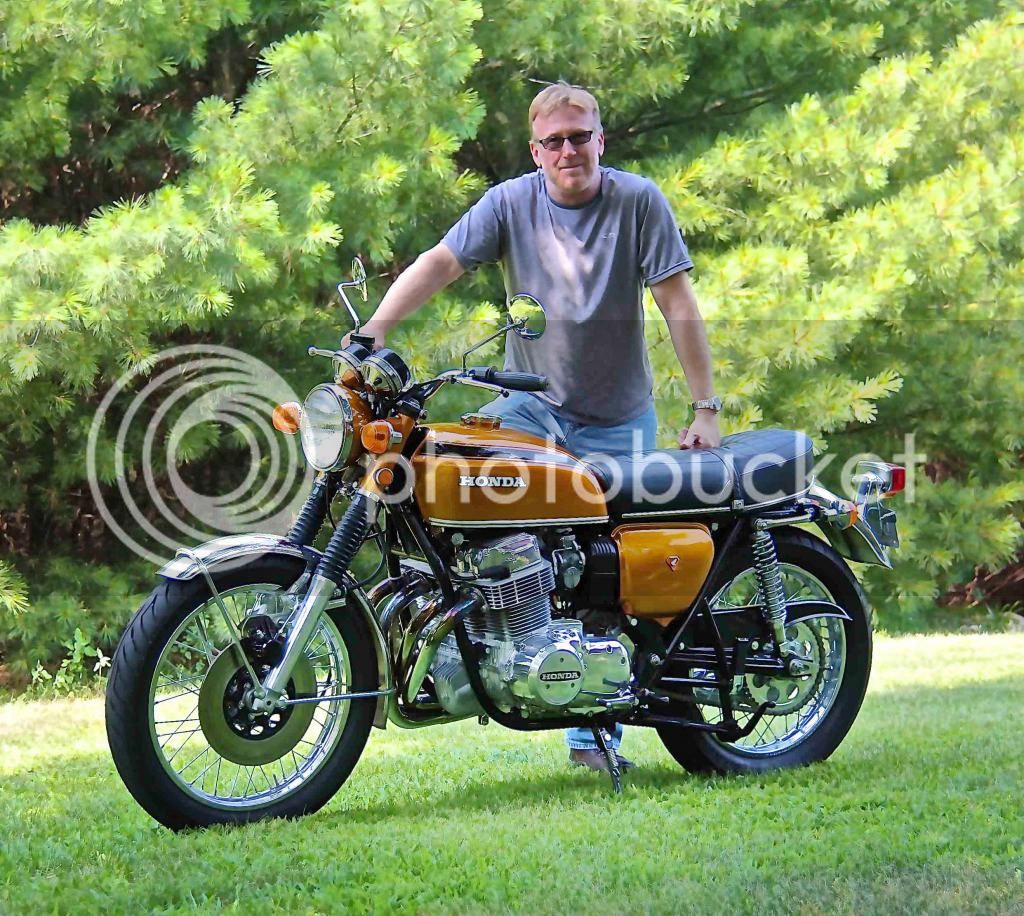 Nice. That is show room neat.

Thanks, I am going to ride the crap out of it.

I have put nearly 300 miles on the bike in the last four days. It has been a blast! I am compiling a laundry list of what needs to be tweaked.

1) I still need to get the carbs dialed in as far as mixture. It seems to be running lean at from half to full, so I am probably going to go up one main jet size. Initially, it was hesitating from 1/4 to 1/2 throttle so I raised the needles a notch and it helped out.

2) I need to get new clutch plates. I decided when I was rebuilding the engine that I would see how they worked out since it is an easy fix with the engine in the bike. the clutch is slipping a fair amount.

3) The front fork sliders seem to binding up a bit. Not sure what to do about that yet. everything looked good when I put them back together.

4) I have a bit of the dreaded head gasket leak. Not bad, but the oil does seep out a bit. I will leave it this summer and revisit the issue this winter. I will probably pull the engine and install heavy duty cylinder studs. I am wishing I had installed a frame splice kit when I built the bike....I was seriously considering it at the time.

5) The rear shocks I put on are stiff. Not very comfortable.

6) I get an occasional dribble from the carbs when I park the bike overnight. I had installed new float valves when I rebuild the carbs. I am hoping they may just kind of fix themselves. My tank valve has a slow drip when I turn it off also....I had rebuilt it with OEM Honda parts.

7) I absolutely despise the auto chain oiler. I will machine a plug for that this winter.


All in all, I am very happy with the bike. It sure turns heads when I am riding through town. I can't seem to wipe the big as grin off my face whenever I am riding. I catch myself just looking at the bike quite a lot. Seems like I could stare at it pretty much all day

I am going to post one of my first photos of the bike again....from the day I brought it to my house from storage for a comparison to the pics that I took while out riding today. 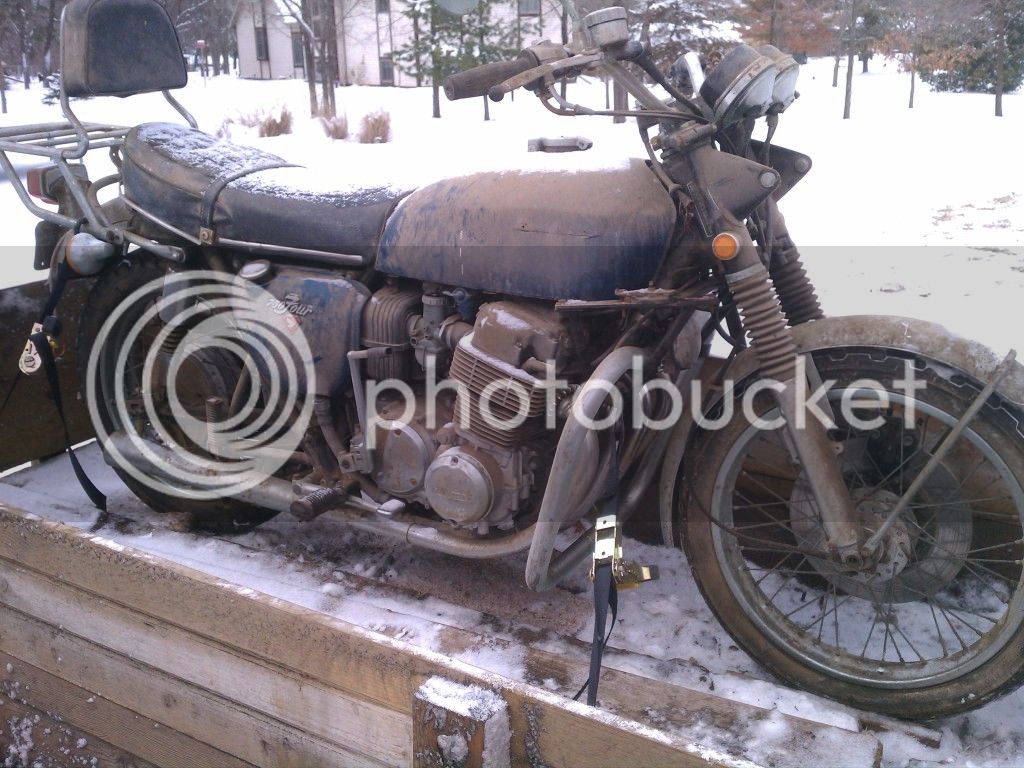 And, the pics from today! 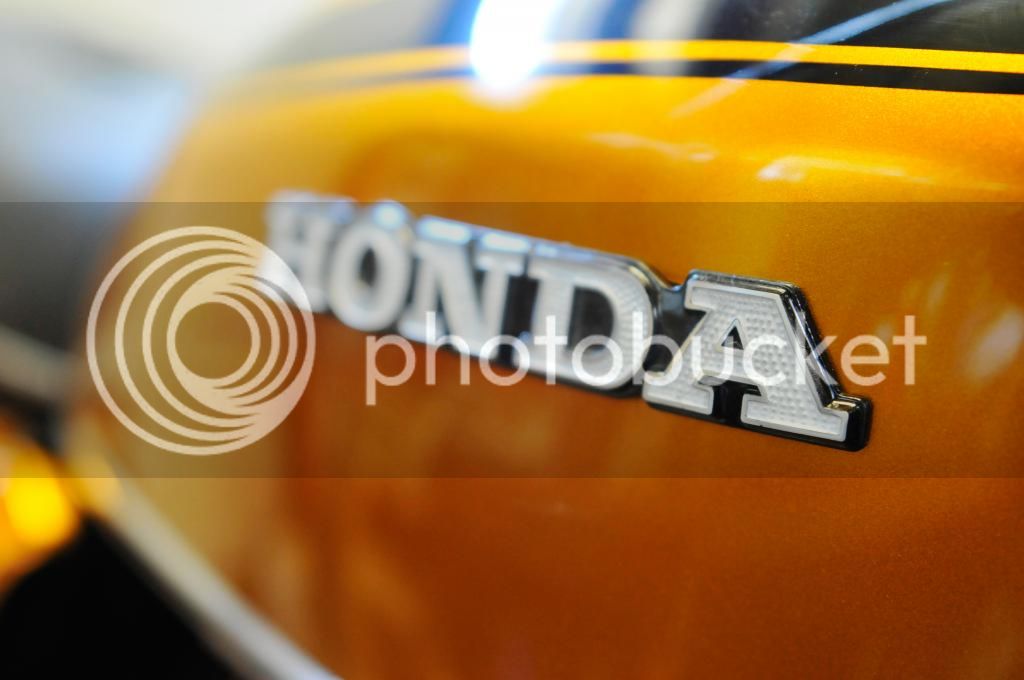 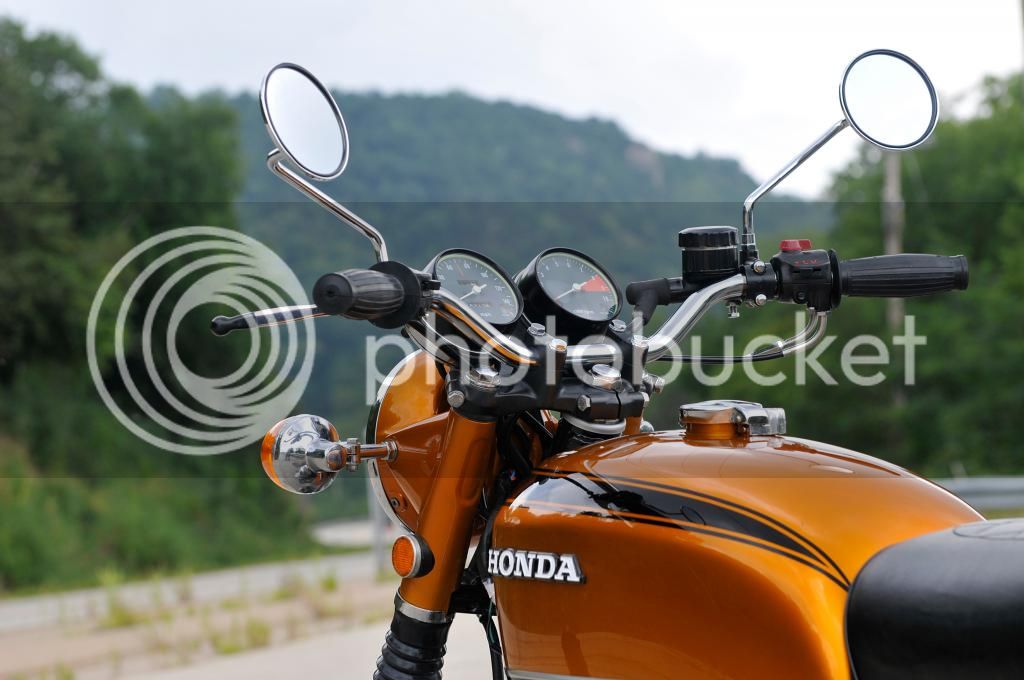 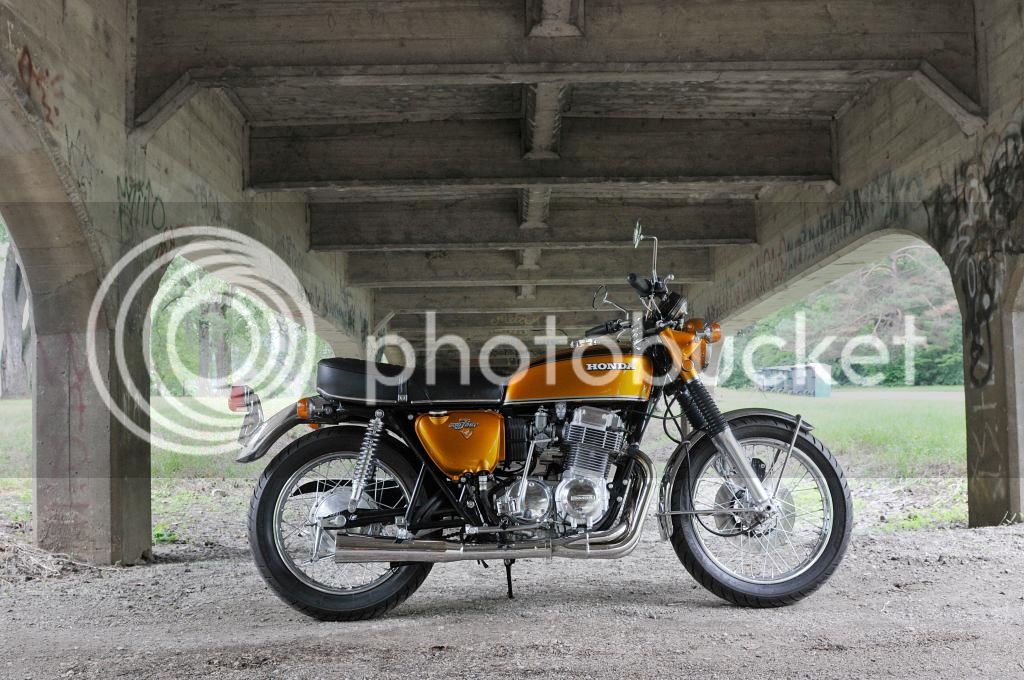 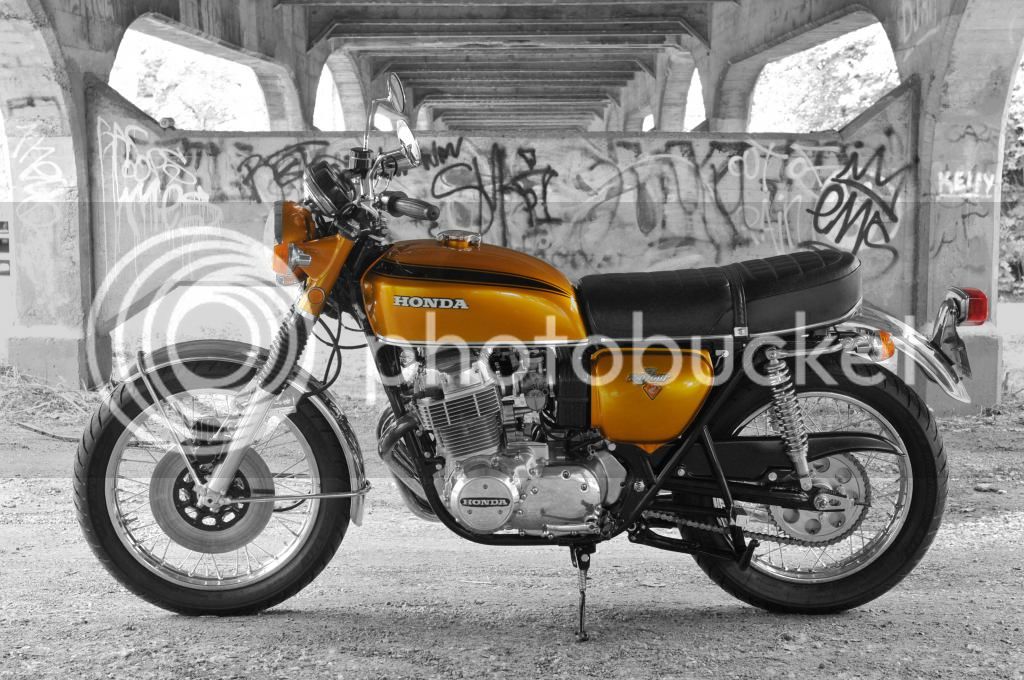 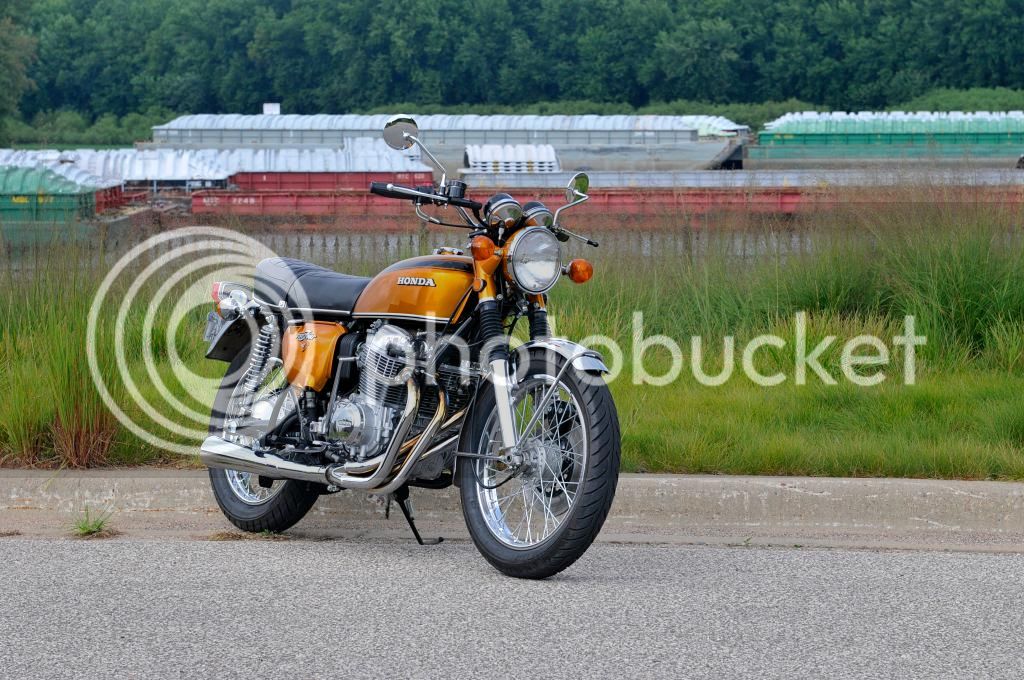 Is it done? Maybe for now except for a few niggles. I don't know that I will ever consider it finished until I find a proper stock exhaust for it. But Hey! It's on the road, and I am going to ride the snot out of it!
S

Great job, it looks even better in person. I have a lot to do on my CB750 this winter.

Just read this entire thread in one sitting. *appreciative whistle*


swan said:
Great job, it looks even better in person. I have a lot to do own my CB750 this winter.
Click to expand...

Knowing you Swan, your 750 will be impeccable when finished.

Thanks, Interceptor and Gus!

I've shown the before/after photos to a ton of people and let's just say people have had to have their jaws wired shut.

Drey6 said:
I've shown the before/after photos to a ton of people and let's just say people have had to have their jaws wired shut.
Click to expand...

Thanks El Sammo and Drey! I appreciate the comments!
P

I too just read this thread from starting line to checkered flag.....GREAT JOB! Damn that's a sweet bike.

CafeDude said:
I too just read this thread from starting line to checkered flag.....GREAT JOB! Damn that's a sweet bike.
Click to expand...