DTT BOTM WINNER
Since this bike won't be rebuilt, customized, or restored, I figured I'd just drop it here.
I had been casually on the lookout for a Bandit 1200 to further along one of my "projects in waiting". This one popped up on CL and was too good of a deal to pass up. So, until said project is ready, she'll get ridden. Mods, if any, will largely be confined to engine performance.
This is her "as delivered"... 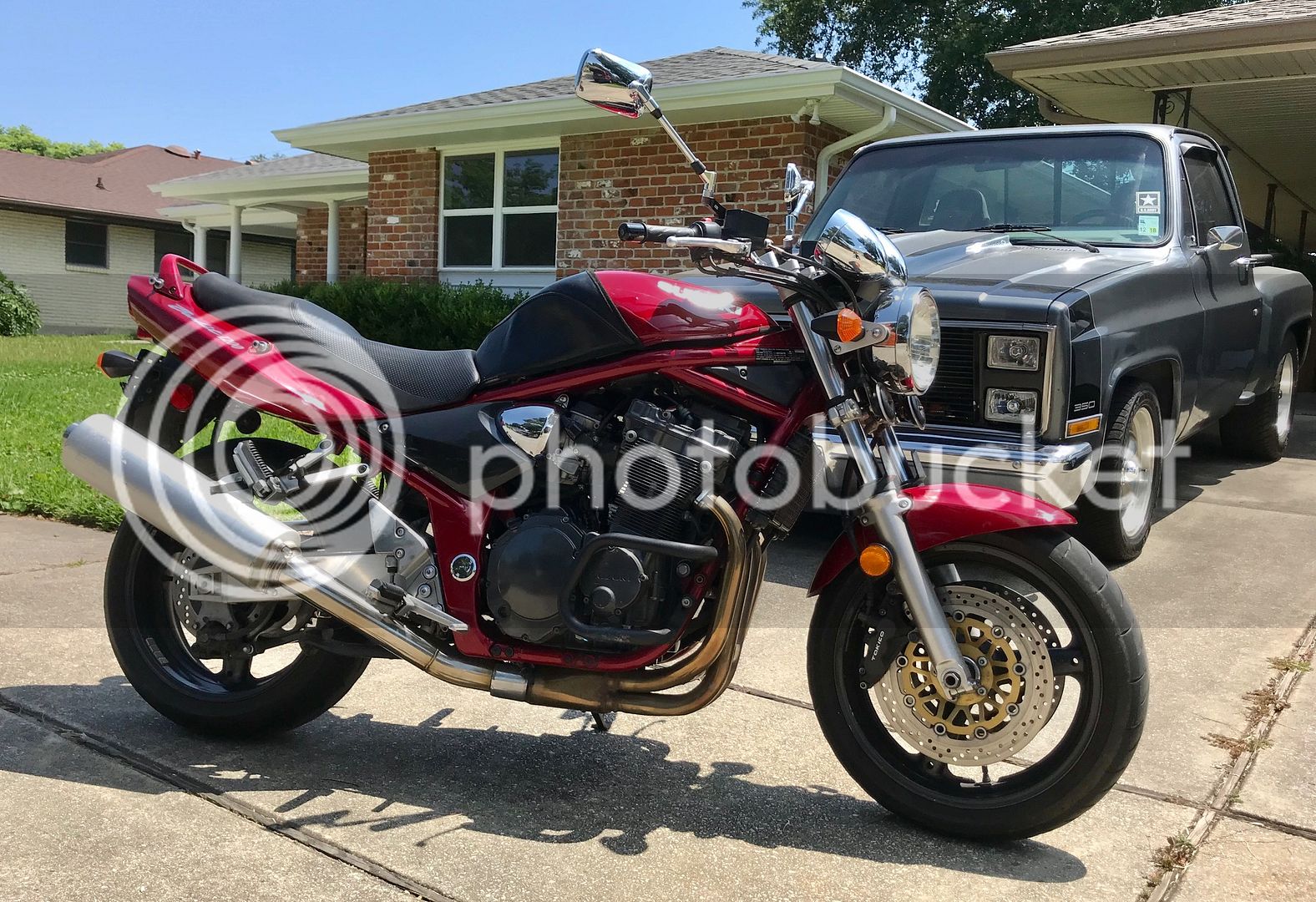 The PO took real good care, and used her mostly for touring. Along with the bike came Nelson Rigg soft saddlebags, spare gas can (fits in the bags), a luggage rack, Tom Tom GPS, HJC helmet, and a bike cover. He also added bar and mirror risers.

The first things to go were the risers, and tank bra. Then she got a thorough cleaning. 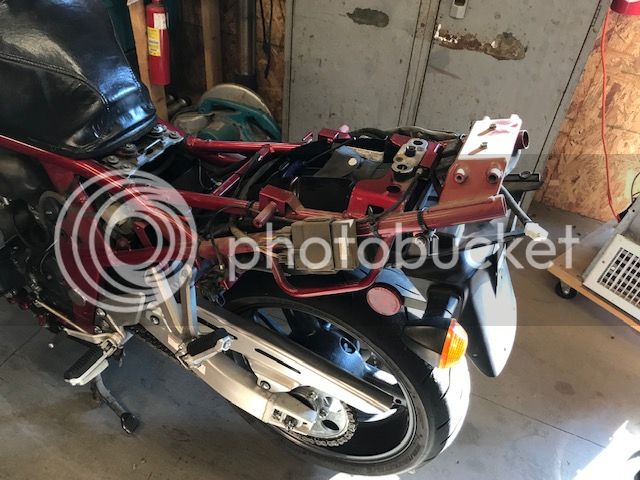 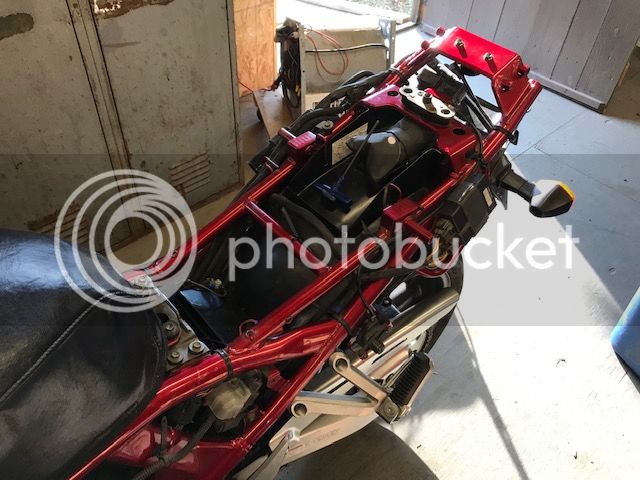 After that I started claybaring, compounding, polishing, and waxing.
This shows a good before and after example. The rear of the tail shows my "test spot" and the front of the tail shows what was under the grab bar. 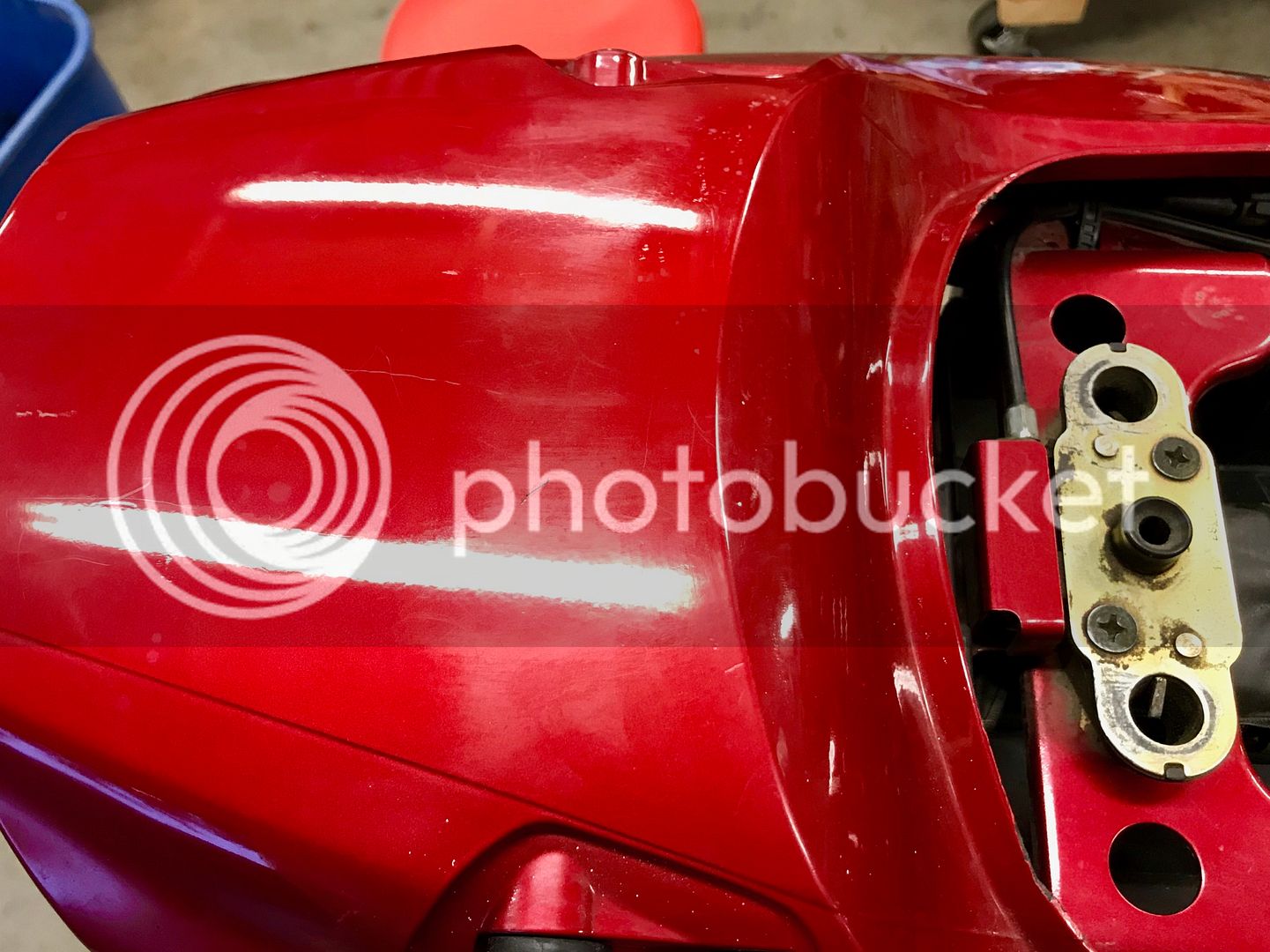 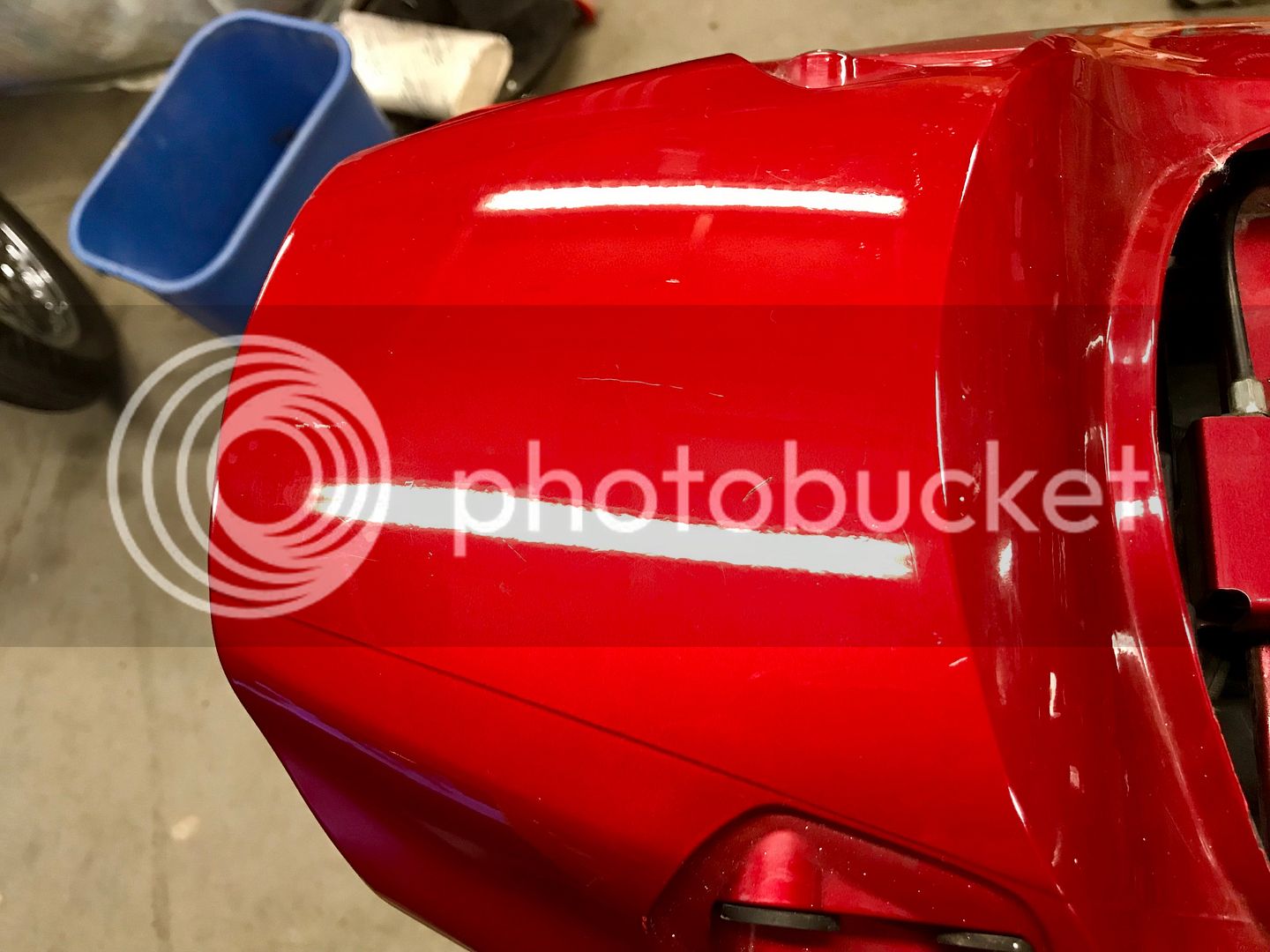 The side shows similar improvement. 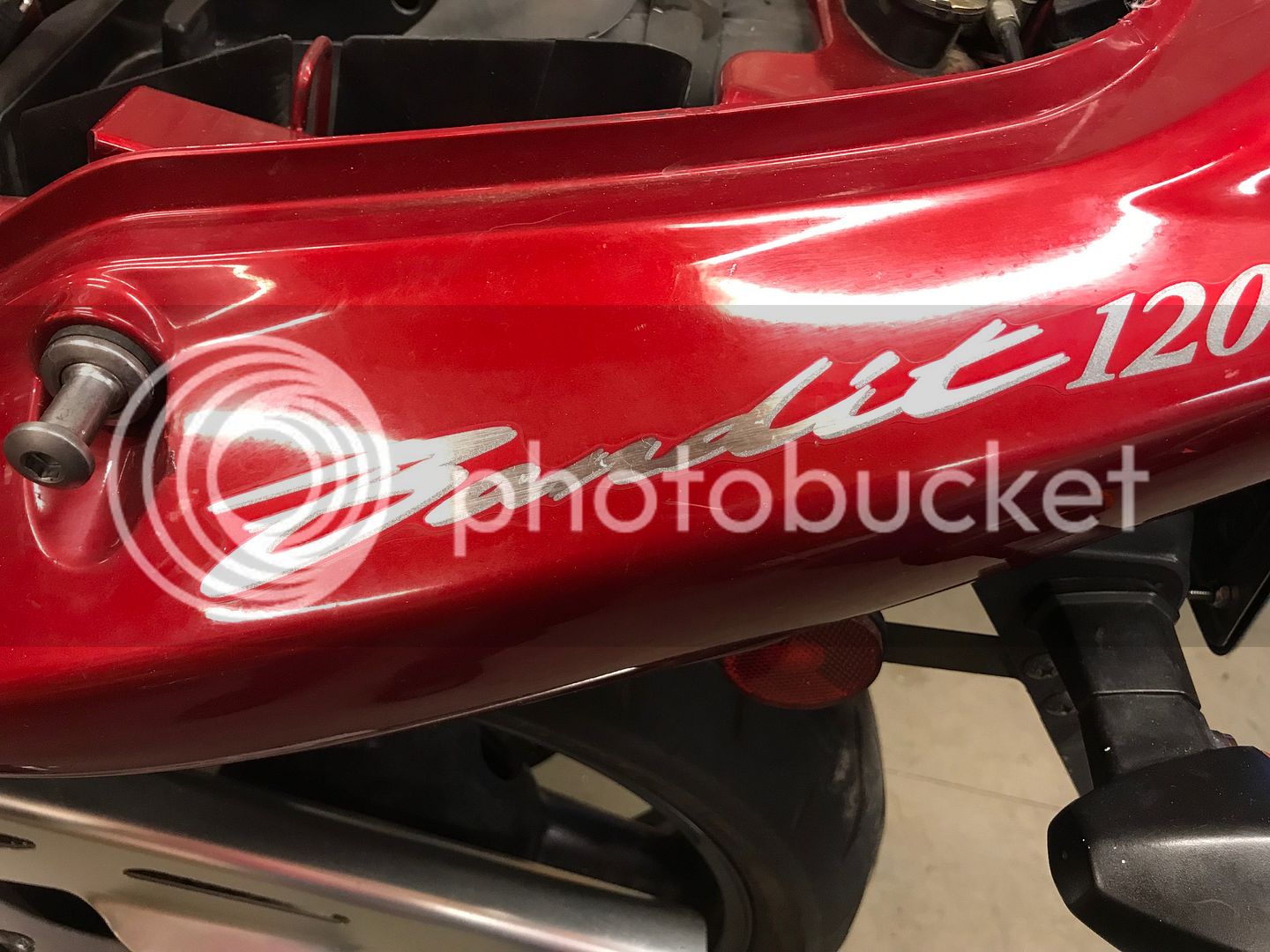 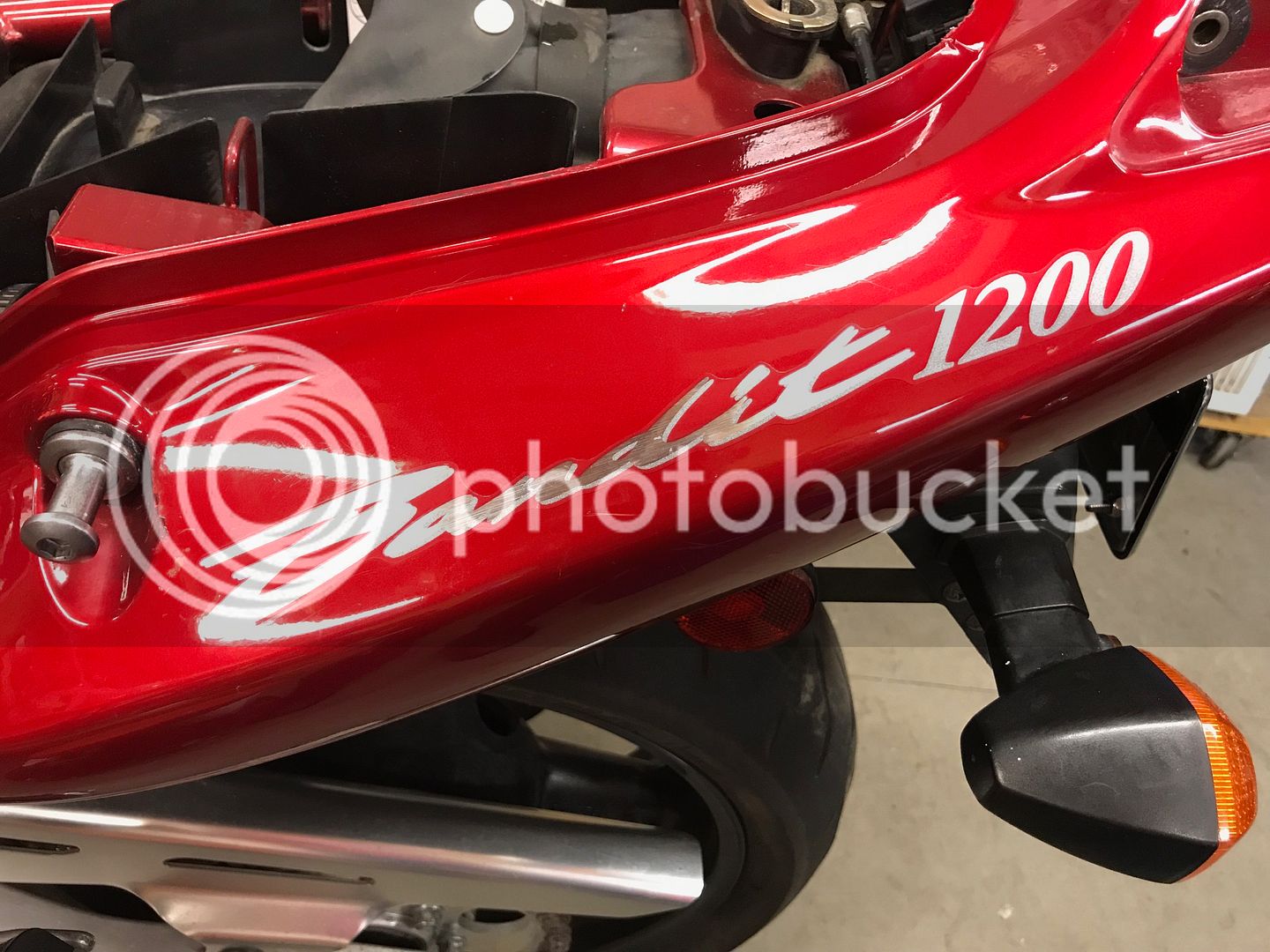 From there I got into a rhythm and neglected to take before/after pics of the tank and fender... oh well

Here's how she currently sits, ready to ride. 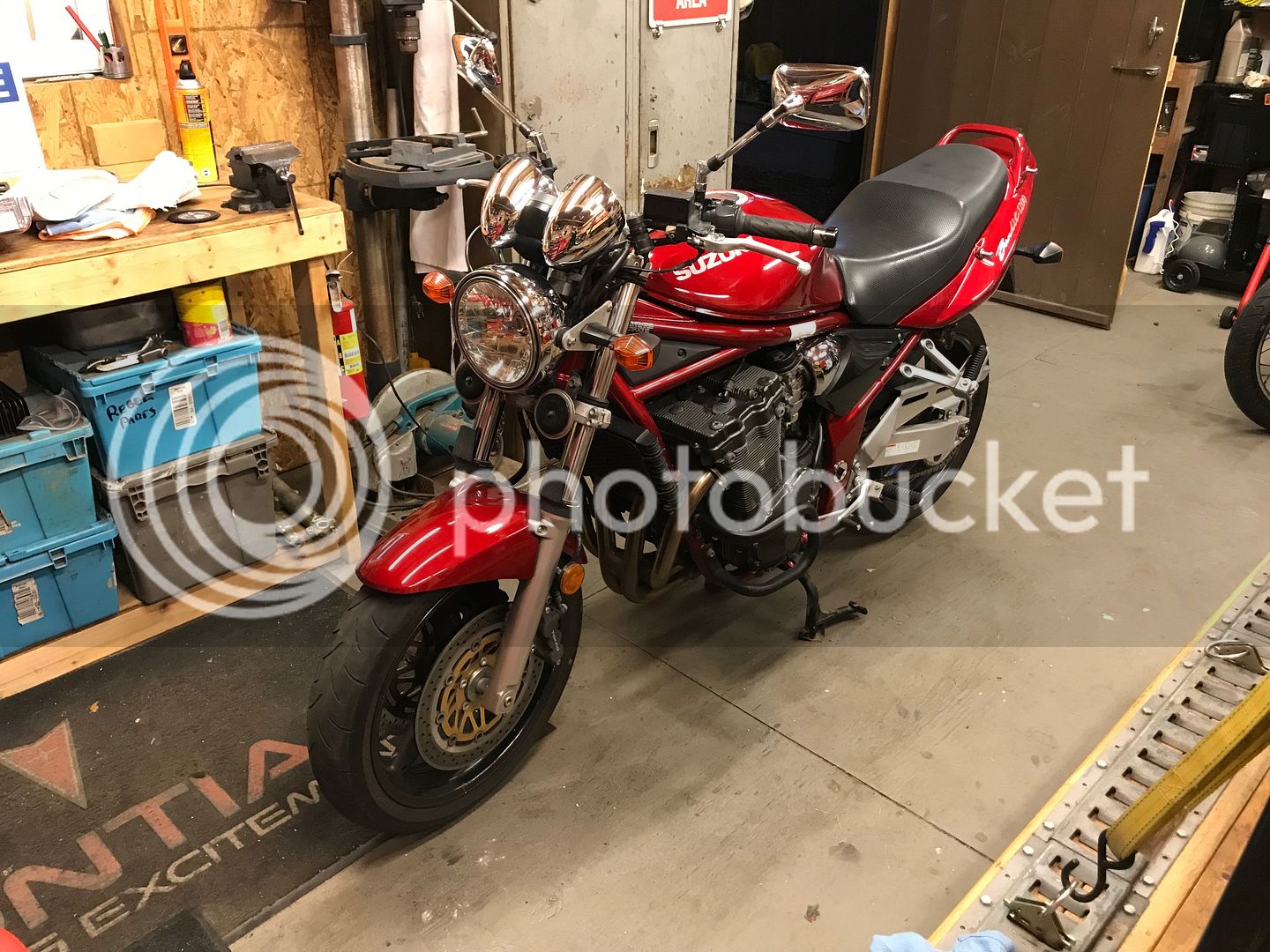 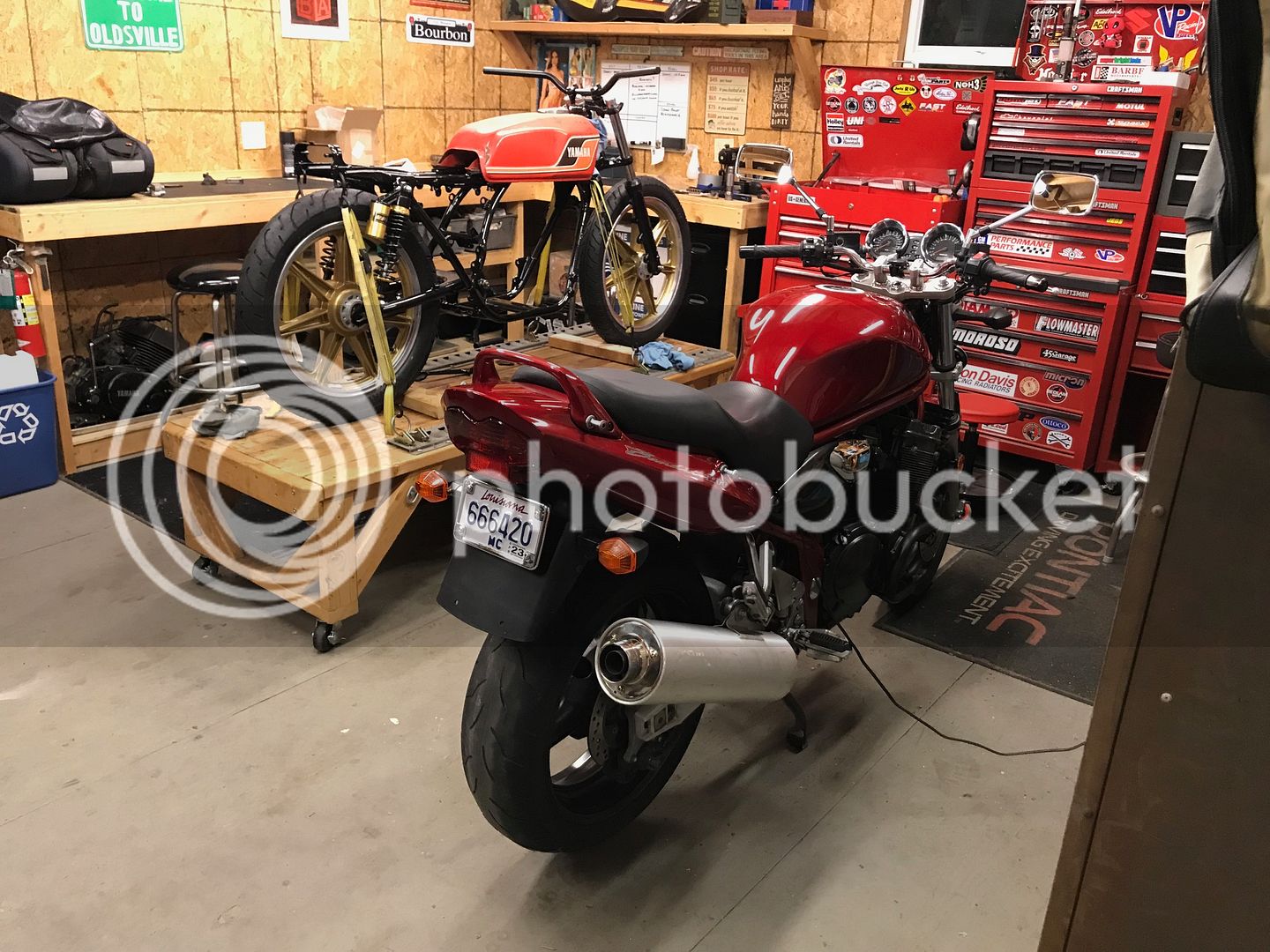 She also managed to get named while I was registering her. If you look at the plate, it reads "Demon Weed".
So I named her Mary Jane ;D

Nice I bet that thing is a blast!
Nice work on the cleanup , looks like new

DTT SUPPORTER
DTT BOTM WINNER
Beautiful! Buzz on over to Gulfport this winter, I'll buy you a cup of coffee. Should be an easy ride on that one.

mile muncher for sure. love the plate!

DTT BOTM WINNER
She's a Hooligan machine for sure. It's been a while since I had a bike that'd float the front wheel through three gears

DTT BOTM WINNER
Picked up a pair of shorty levers. 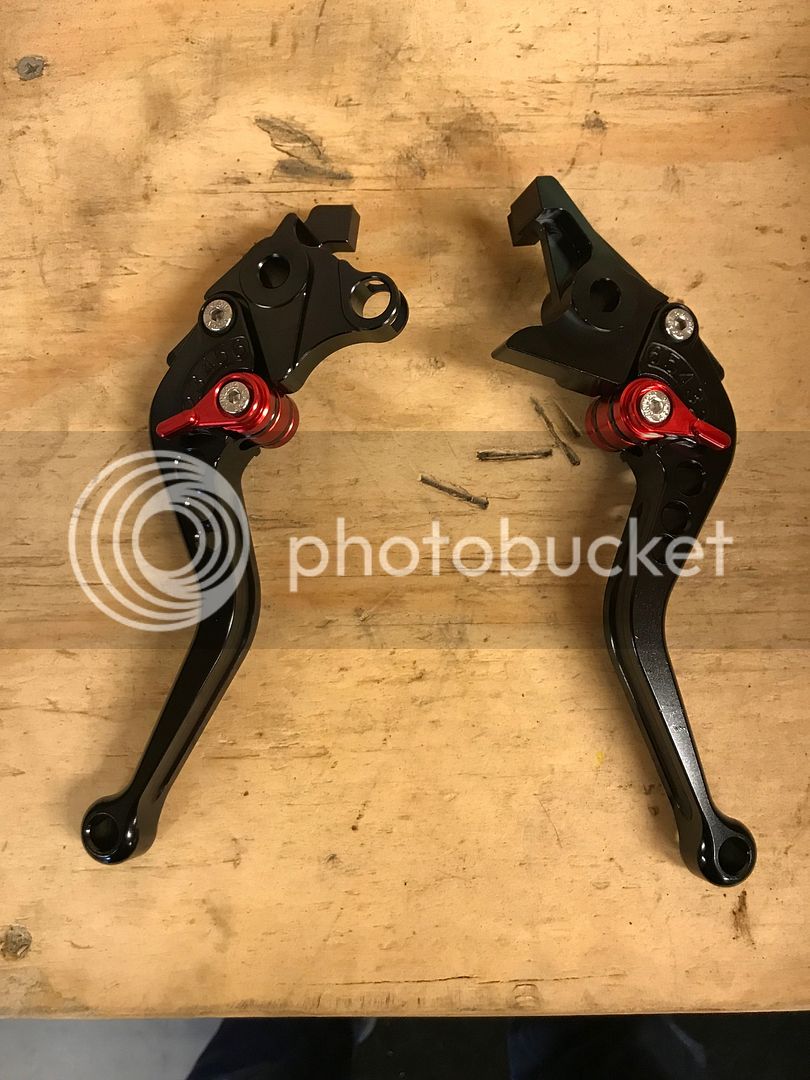 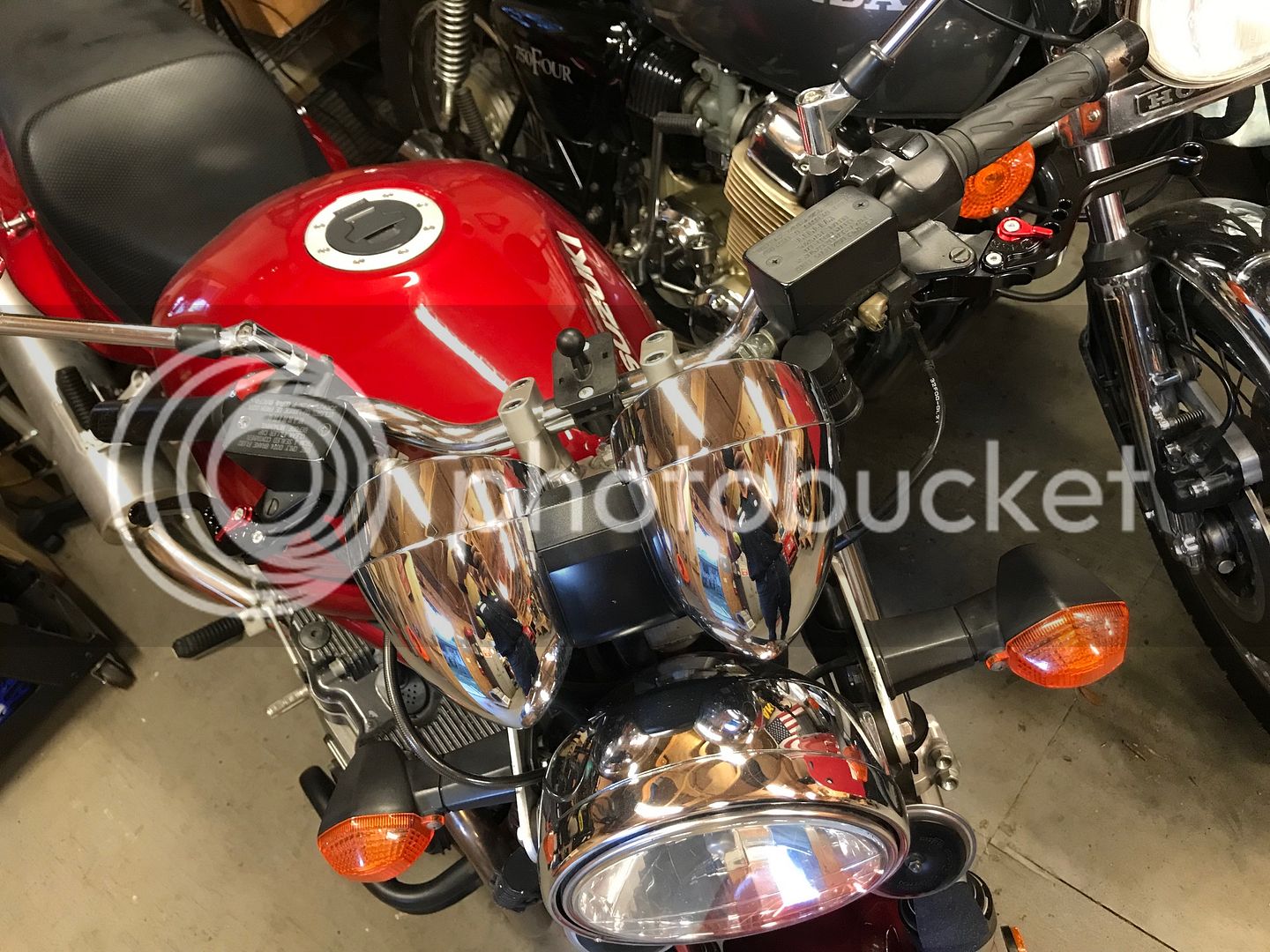 DTT BOTM WINNER
Because I couldn't leave well enough alone... All the lighting was converted to LED a couple of months ago. 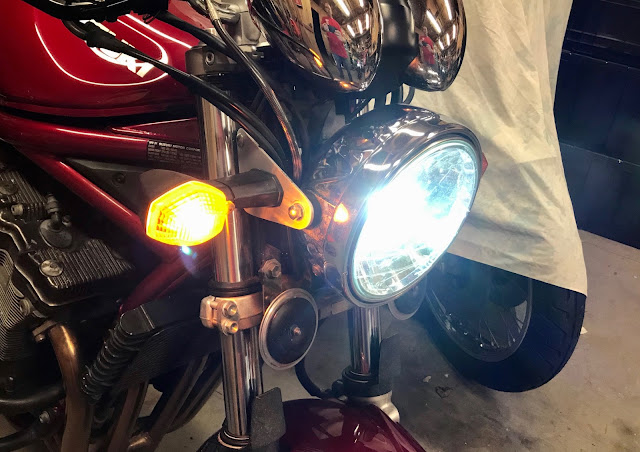 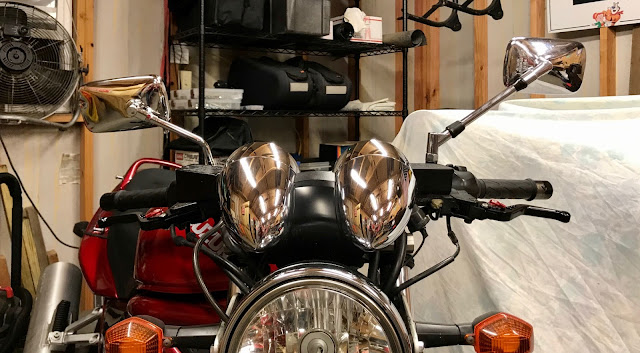 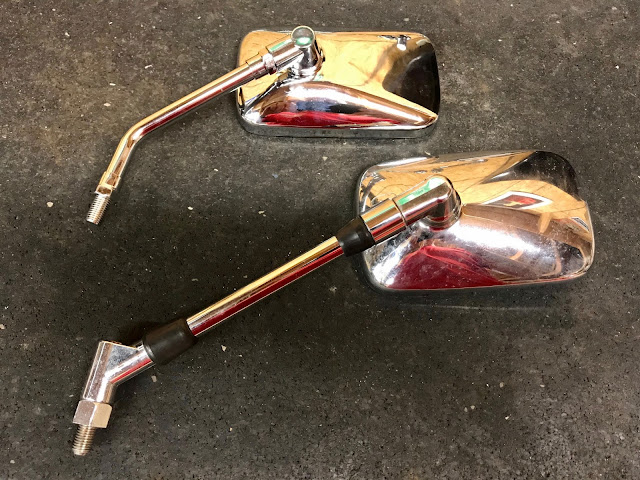 And most recently, a Delkevic muffler... 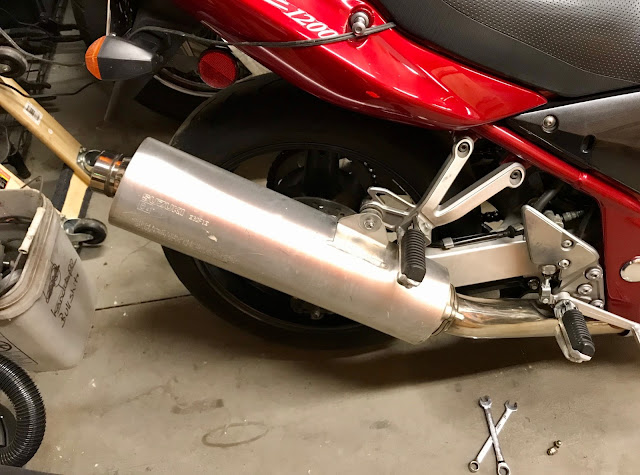 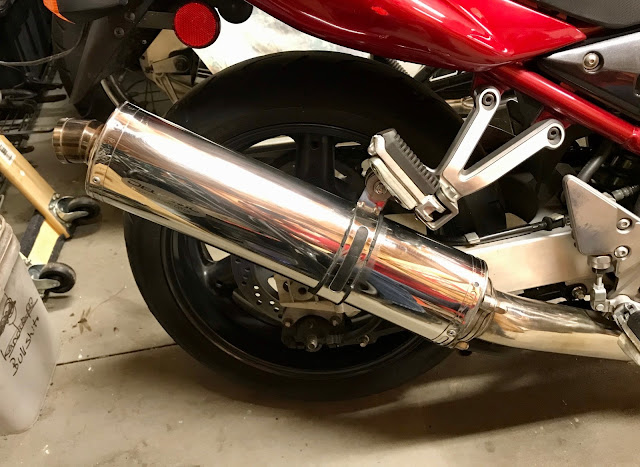 DTT SUPPORTER
DTT BOTM WINNER
I love the non fairing 1200 bandit. An identical (only silver) one was the first "really fast" bike I had ever ridden. I was test riding it to possibly buy it from a friend. After 3 consecutive of the most horrid looking wheelies you've ever seen, even in my 20 year old wisdom, i decided i didnt need it..

Also, please tell me the future project is the featherbed frame replica that these lumps fit in!!!!

DTT BOTM WINNER
That is the plan

Redbird said:
That is the plan
Click to expand... 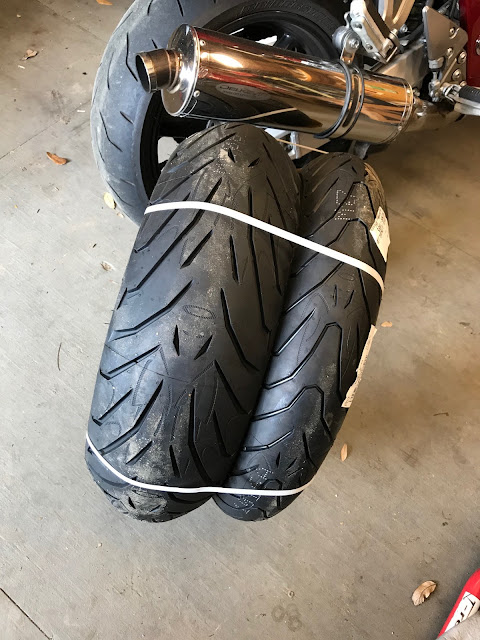 The PO had the dual compound Michelins on it, and they were kinda done. Since it looks like I'll likely be riding her through this summer, I decided to throw a set of Pirelli Angels on her. Having the wheels off gave me a chance to clean some of those hard to get to places. I don't think the wheels have been this clean since she was born. 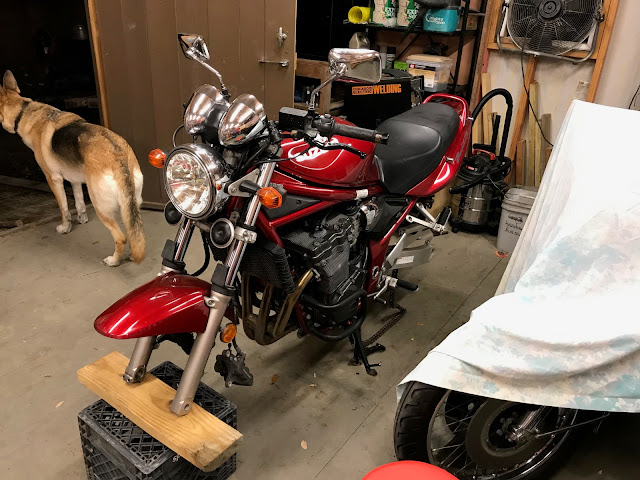 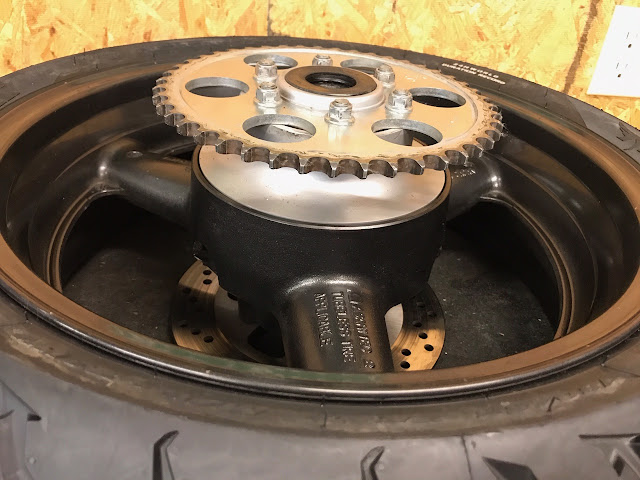 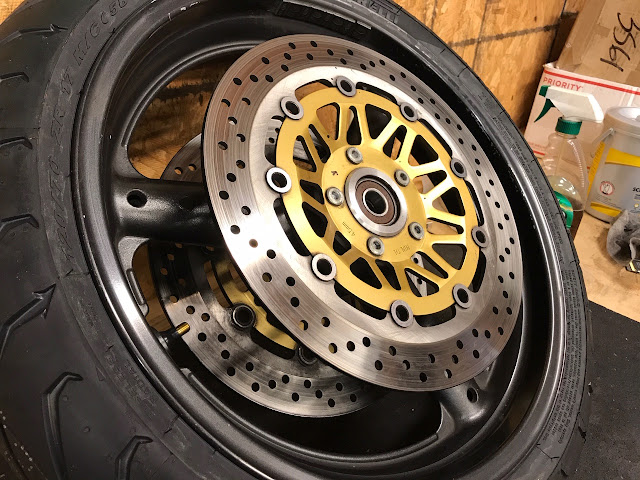 And ready to ride... 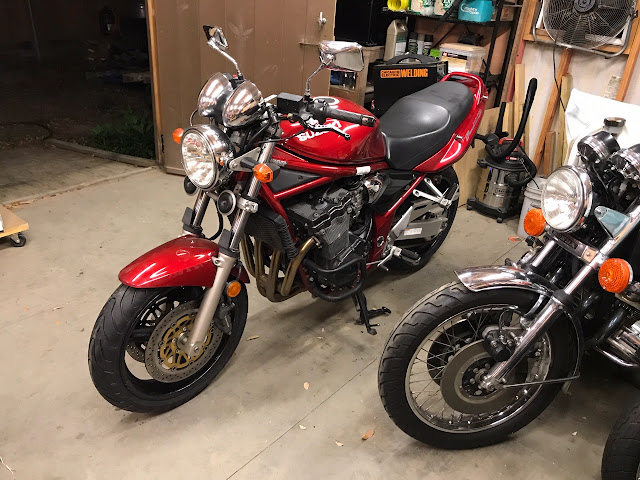 She's just about due for brake pads, so that'll happen soon. After that, I think she'll be good for a while

Nice, my bike has never been that clean. I try and fail to get to your level. No covid 19 on that girl 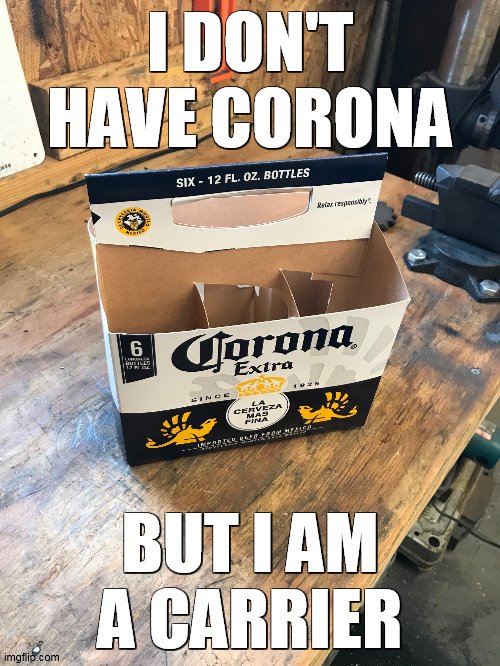 Thanks guys.
Mike, it's not too bad if you clean regularly. Then it just becomes "quick clean ups".
But Yes, I am one of those that if my vehicle starts looking filthy, my eye starts twitching
Last edited: Mar 15, 2020

DTT BOTM WINNER
Got the new brakes on. Rears were toast. Fronts were a head scratcher. 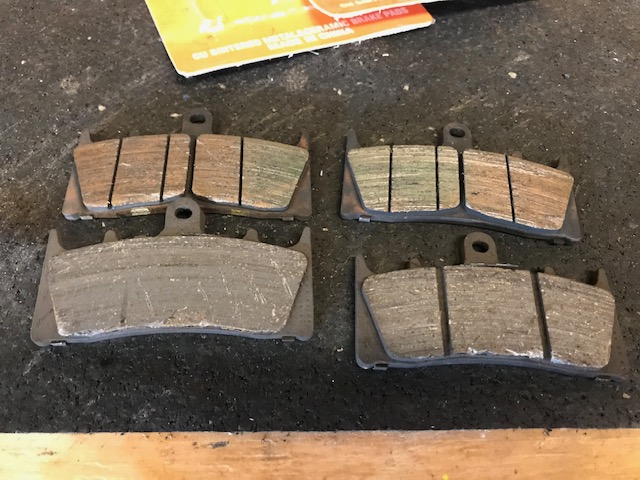 Aside from one caliper being a little sticky (the odd wear rate), the PO apparently had two different pads installed. That's a new one on me.

Everything is freed up, cleaned up, and reassembled. Should be good for a while now 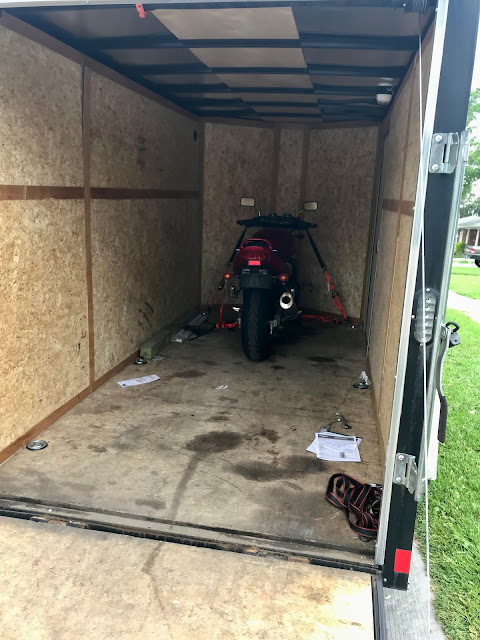 New owner had one same year/color but an S as his first bike. Wanted a bit of nostalgia back.