I've got a modded kickstand that is powder coated already that might do the trick.

jpmobius said:
Hope you are also going to trim off those lumpy front stock pipe mounts - they look pretty obvious with chambers if left on!
Click to expand...

Is that what those are for?!?!!
There was no exhaust with the bike when purchased. We were both scratching our heads wondering what those lugs were there for
I’ll get those off this afternoon
The eventual plan for the exhaust is to buy the Millennium GP right side exit chambers, which shouldn’t interfere with the sidestand. But yea, it was an issue on my DS7, so I know/knew it may need a temp solution until the GP chambers were purchased.
Corey, I’ll take you up on that sidestand offer

DTT BOTM WINNER
Bro got called into work today, so it seems everything will go to powdercoat next Saturday.
Got the exhaust mounts gone though.
Gettin ready... 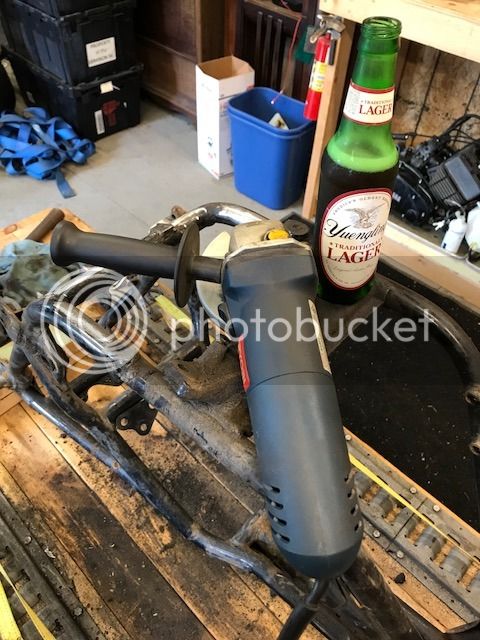 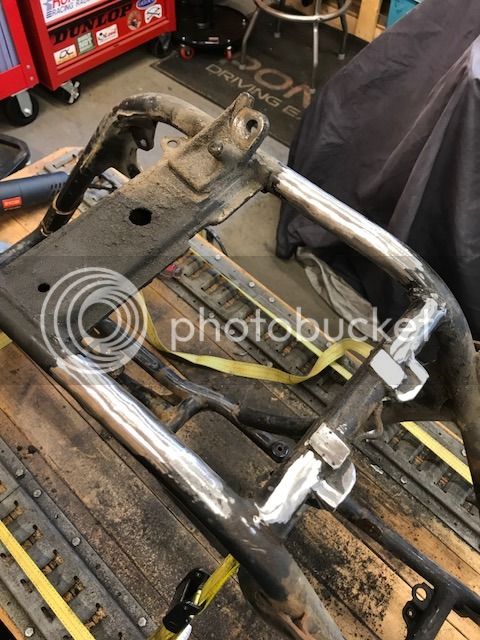 Quality Control wasn't as enthusiastic as I was... 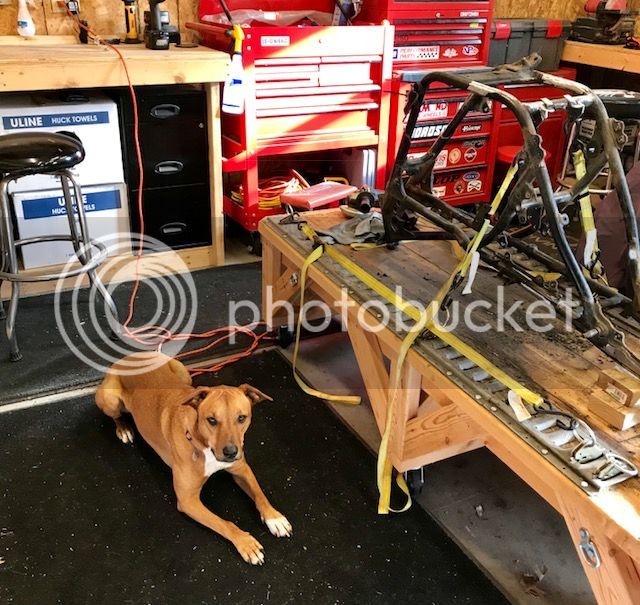 ...but then she didn't have the same amount of beers as I

It's a good mix until it isn't anymore LOL

DTT BOTM WINNER
My Grandpappy used to say, "It's all fun and games until you can't hitchhike anymore"

I had an alcohol and angle grinder incident once (maybe twice or three times but who's counting)
I'd pay for videos of any of my angle grinder mishaps. Wire wheel to the stomach/teeshirt is my favorite, it's incredible the force behind a wire wheel spinning 13000 rpms. Tangles the shirt around it instantly then starts spinning the whole damn grinder around to smack you in the face and knock you on your ass!

Oh yeah, nice bike is it finished yet? ;D

DTT BOTM WINNER
Most of it back from powdercoat. Still waitin on the wheels. 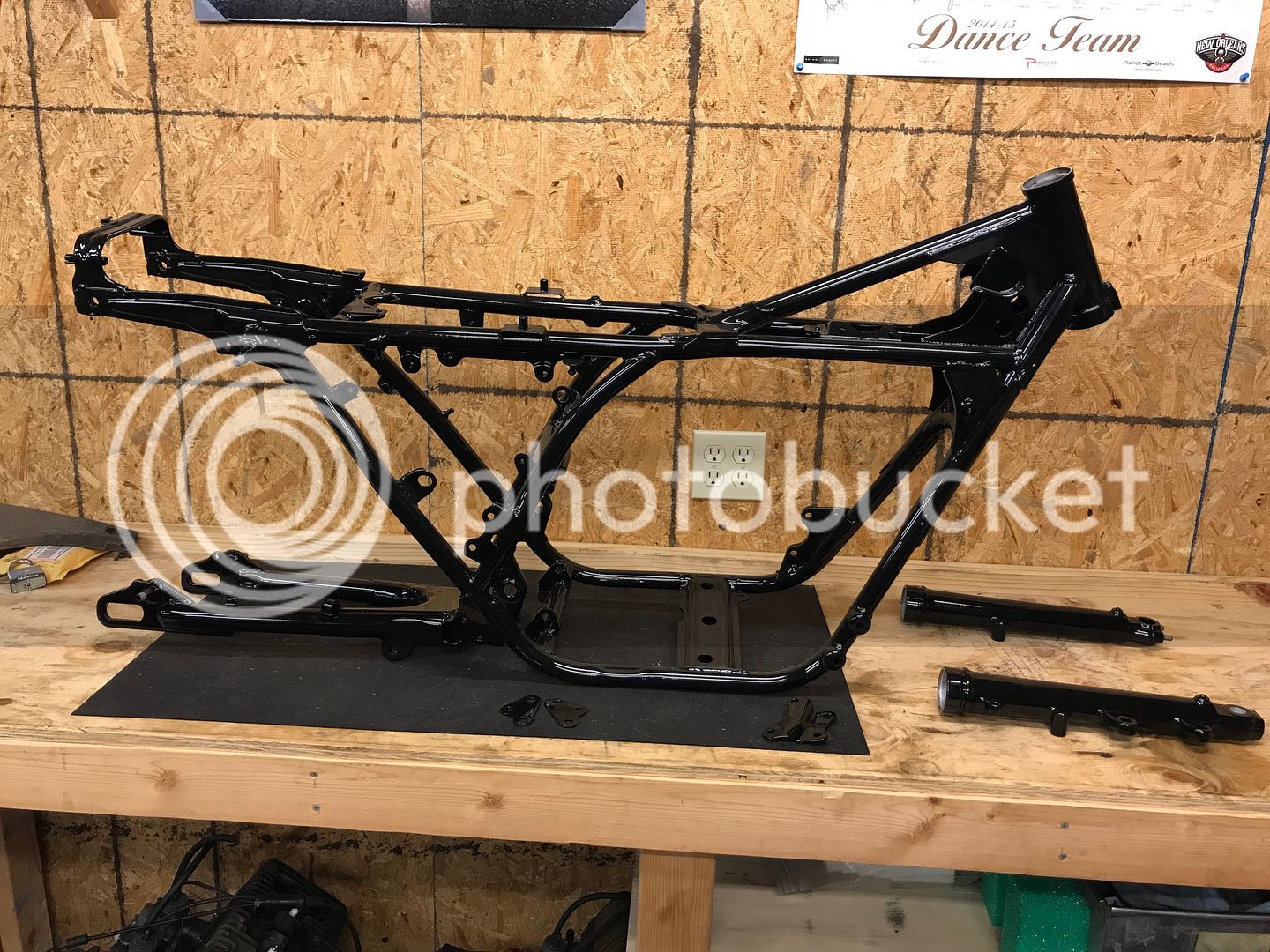 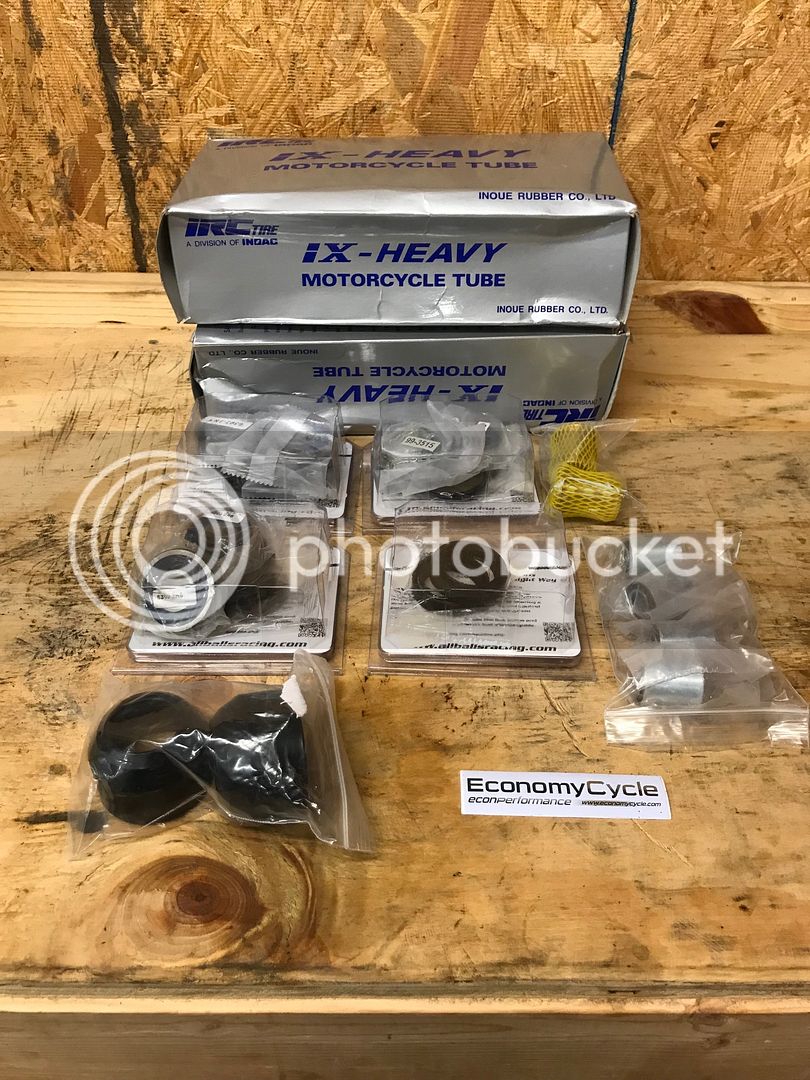 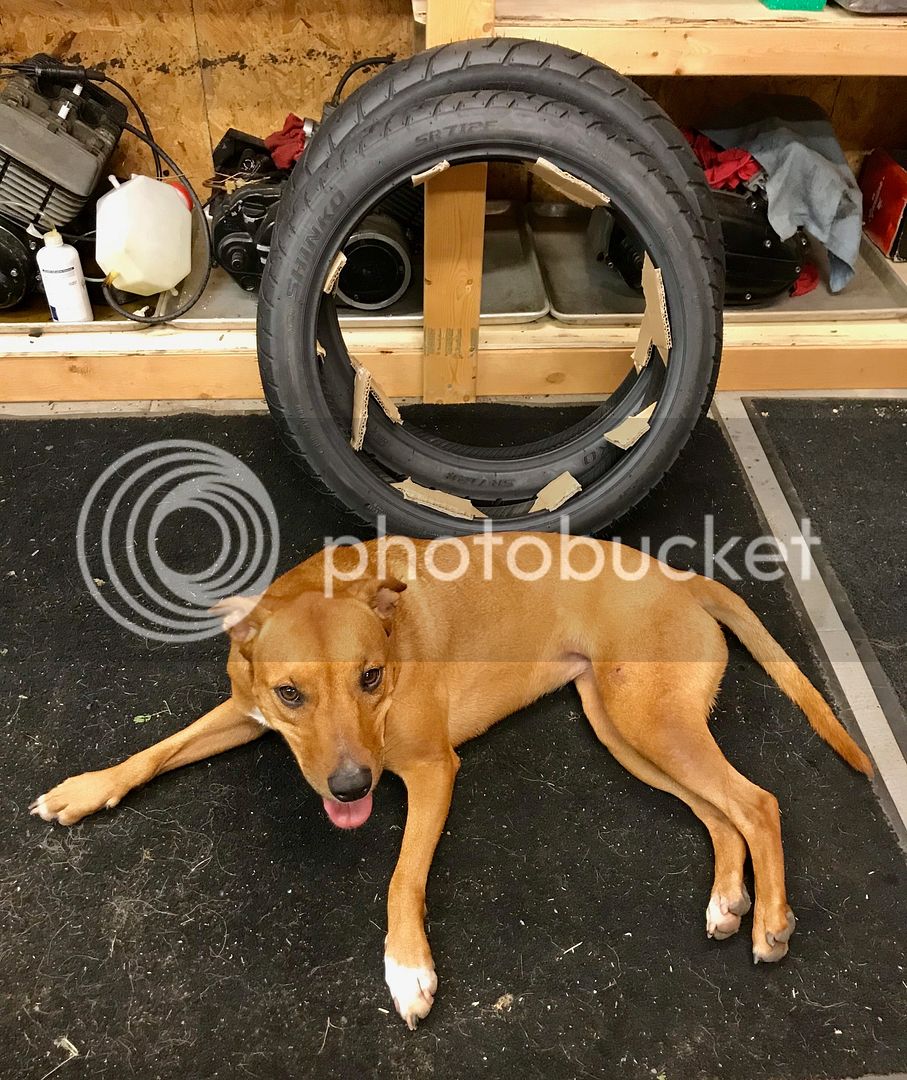 And getting a few things done. 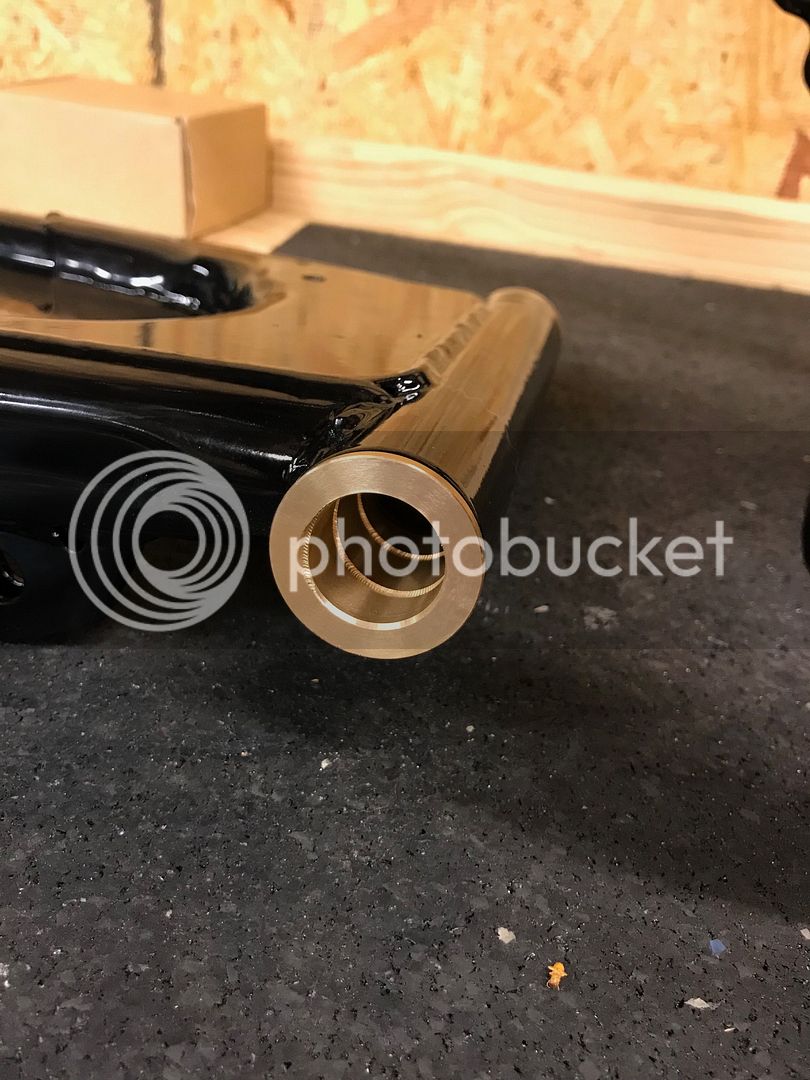 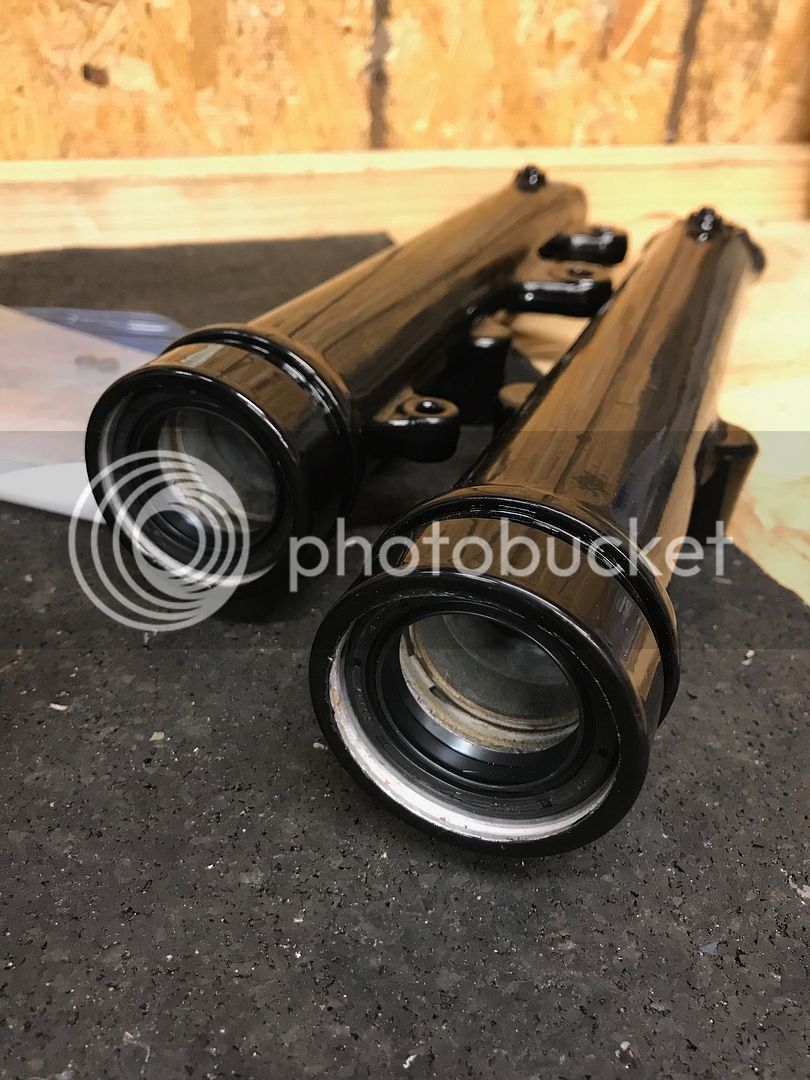 I'm in. Bought a new '75 or '76 while in the Navy stationed out of Charleston. Had CB400F bars installed by the dealer before I picked it up. Never had a single issue with it for 3 years, rode it home to Kentucky one weekend to vote. Never a problem with the 2 stroke vibration/buzz. Sold it before discharge, because I knew it would kill my young stupid @$$ on the mountain roads. Oh, how I loved it though. Felt like part of me with the shorter bars (had test drove an orange one with stock bars, and it felt like a dirt bike). Traded an RD250 in that half the people I knew took their license test on. Back then I never considered modifying it, was too happy riding it as it was. Now, thinking of the possibilities (and things like the tires available now), might just start watching for one myself.
S

Love the RDs will be watching to see how this turns out. Should have her up as a roller soon.

Was thinking of giving you a ring the other day and seeing where you were at with this thing. And I got one tire about 95% installed when I ran into the issue of... I'm not putting a prybar and/or spoon on these freshly polished wheels.
So, they'll be going to the local cycle shop for installation. The money spent will more than offset the liability of scratching the wheel