I've been gradually putting together my Ace, and it's now at stage 1. (That is where I am happy to ride it around.)
It is used as a commuter, and to potter around town

The next project is to replace the instruments with a combined speedo/tachometer. ($40 on EBay) This in turn probably means a new headlight and headlight mount to really clean up the front end.
Does anybody have any suggestions for a headlight that would work well, and look the part? LED powered? I want one with side mounts, and which will clip onto the forks.

I like the Honda CR110 look, so minimalist is going to be the theme.
Also, I think that achieving a result as Inexpensively as possible is fun.

After the front end, I'll be removing the rear guard, and side bodywork.
What is involved with moving the battery up under the seat cowl?

Finally, I am keen to know what Orrible-64 thought of his cam experimentation, and how he went about grinding the profile of the cams he used, or whether he was able to buy one off the shelf.


When that is done, there will be room for a OKO flat slide carbie and open bellmouth to replace the air filter and so on.

Nice work Please tell me more about the neat little LED tail light you have used.

Moving the battery under the seat hump just involves lengthening the +ve battery lead & making a mount to hold the battery. Many people, incl. myself, make a combined battery & license plate mount.

Sorry , just read post. I am running an aftermarket cam with high duration . Mi home ground cam with high lift was a success too but was sold in a mates bike. Have to grind up another. 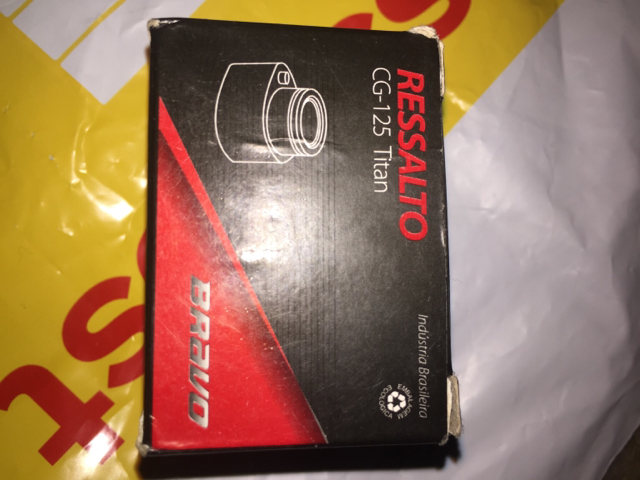 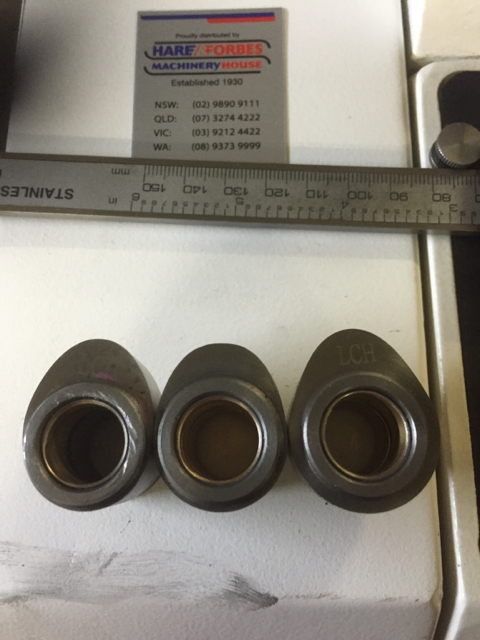 I'll have to look and see which is which

Left is stock, right is my home grown and middle is an ongoing project with longer duration 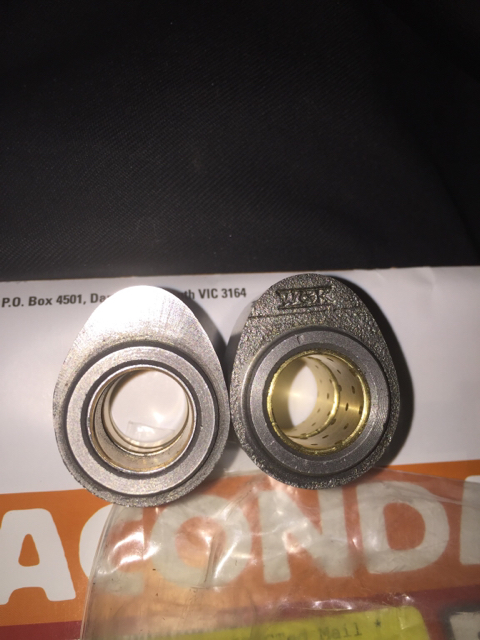 Hey Mariner,
Thanks for the reply. That looks really simple, although turning a lead acid battery upside down seems risky to a an old school guy like me. But the stock battery is on it's side, so upside down can't be any worse.

The license plate mount looks perfect for me too. I'll be copying that!.

The tail light could not be simpler or cheaper.
I had a length of 1/2" stainless tube bent into a curve of 140mm diameter.
Then I bought this:

It is self adhesive, and a bit of cable tie at each end is almost invisible, and holds it all together securely.
A couple of bullet connectors from Jaycar, and job done.

I won't guarantee that it will pass a roadworthy inspection, but it works extremely well.
R

Orrible-64.
Thanks for all the info. It's much appreciated.
What are your thoughts are on the cams you have trialled?
I spend most of my time on the Kwinana freeway, and my current set up will get me up to 110km OK.
I really don't need any more top end speed. But I am always looking for more grunt off the lights.
I expect that it's pretty hard to get more low down torque without more cubes, but more mid range torque would help if possible

Cams tend to be a first port of call for most hot-rodders, but you are the only one on this forum which seems to have gone down this path.

although turning a lead acid battery upside down seems risky to a an old school guy like me.
Click to expand...

You are 100% correct... but I was lucky and my Ace came with a lightweight Lithium battery so there's no problem mounting it in any orientation.

The after market cam gives a real noticeable lift at 8000 rpm . High lift gave a good overall pick up in power. One day I will finish off another cam with long duration and a bit of extra lift(20 thou) and try it . A bit sick of pulling motor apart at the moment . Cam advance or retard will offer changes to low down grunt or high end revs/ power. The aftermarket one from Brazil I took photo of box. Resulto cam is a changer for the bike and worth while. Only available from Internet . This might be it. Same grind anyway. No photo of cam in this site but should help with your research .

I'll look into getting one of those cams, and giving it a try.
Looks like the world of cam timing etc is about to open up.

Not an easy mod but worthwhile .

Be carful to get correct cam. Ohv not ohc with circlips . Get yourself a spare gear set so you can change the whole cam assembly. Lining up the timing marks with the seal in is a bitch but I used my smartphone camera to check lineup. Some white paint pen on tips of gear teeth either side of line up mark helps 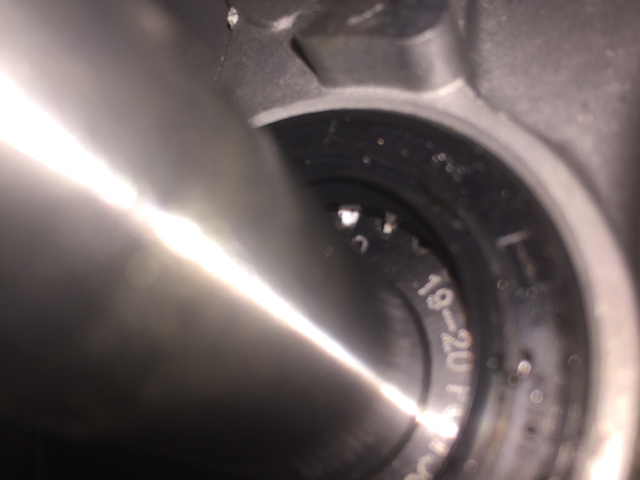 If you're after the WGK Ressalto email sac@rbmotos.com.br and order p/n WGK1010851. Opt for registered postages.

These guys were one of the few that ship out of Brazil for a reasonable price.

The cam gets my thumbs up.
R

Thanks LOLitsPOOP (Must be a story behind that handle!)
I'll send them an email.