Hi guys, a couple days late but hoping for some help...
2020 has been off to a great start with one of my bikes getting stolen from the driveway of my apartment in Oakland late at night/early in the morning on January 7th. If any Bay Area/California members could keep an eye out and let me know if you see it around or on a for sale site I'd appreciate it.
It's a 2003 SV1000, blue with a Yoshimura 2-1, fender eliminator, carbon tire hugger, and round headlight w/ windscreen. Washington Plate 8E9241. I'll update with a pic shortly. Thanks everyone! 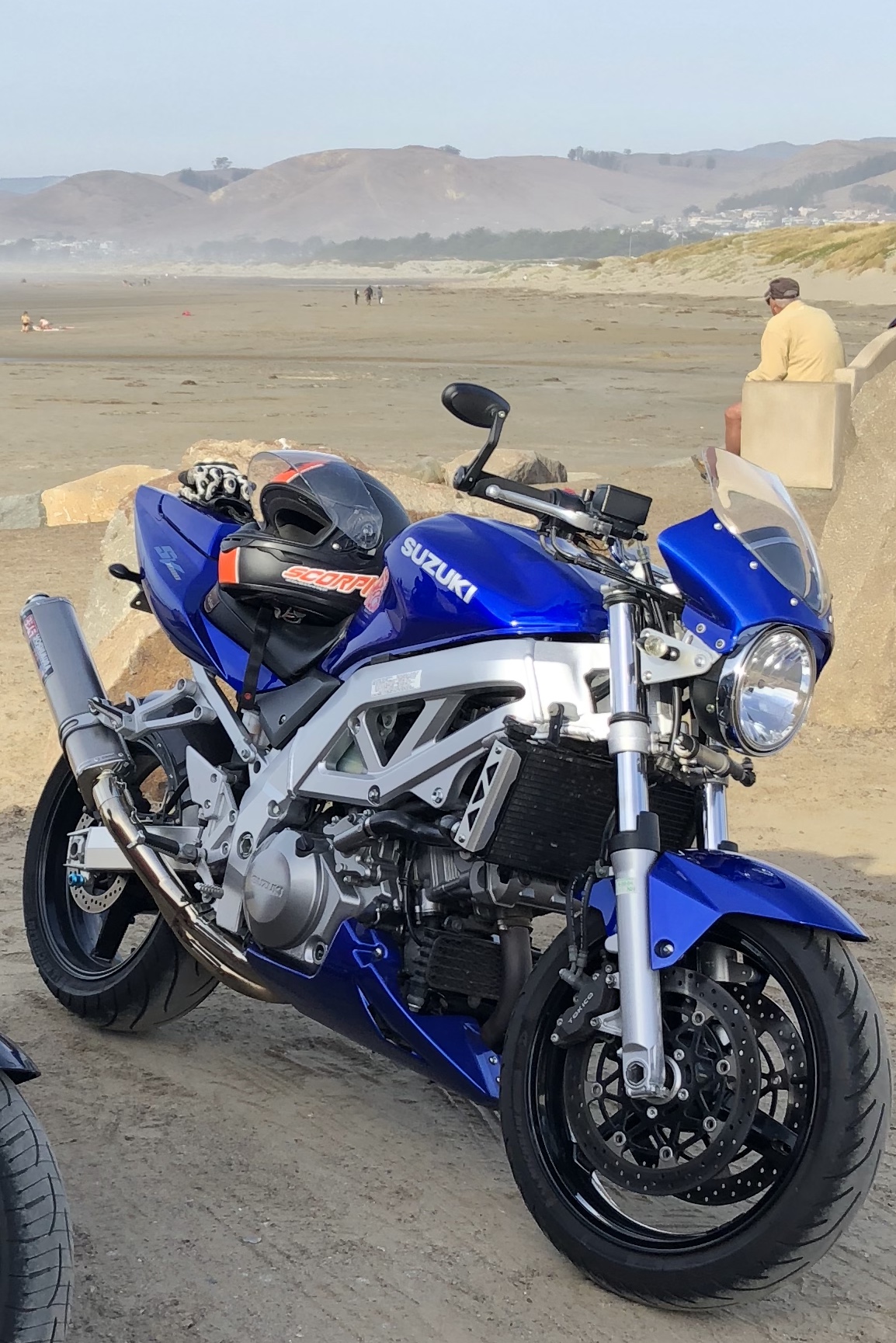 DTT SUPPORTER
DTT BOTM WINNER
Nice looking bike. Sorry to hear about that. Damned scum bags would be pissed if somebody messed w/ THEIR property, go figure. I hope insurance settles fairly for you.

DTT BOTM WINNER
I've heard the horror stories of getting joy ridden bikes back. I've got it posted in Norcal (Nevada City/Grass Valley) at the local bike meetup. I'm always looking at craigslist so I'll keep an eye there as well
R

Don't forget offerup and facebook marketplace. I've seen bikes that looked interesting, but things don't add up on the ad. Like saying it has no title, but there is a relatively new plate or offroad sticker on it.

Thanks guys! I’m keeping an eye out on marketplace and OfferUp too. Posted a reward ad on Facebook marketplace too.

I have some cousins in the bay area. Sent them the information. They are Harley centric but both are in home related business and see a lot of the area. Hope you get it returned.

Well, its been over a month and no word from the cops or any leads from the reward ads I posted in the area. Looks like it's time to look for a new bike to replace the SV1k.
Since I've been looking on all the for sale sites/apps daily hoping to catch the SV, I've also gotten idea of what I'd want as a replacement and was hoping to get some advice from you guys. I don't think I'll buy another SV since I don't want to be reminded of the old one... With that in mind I've found a couple Honda 919's that I like, and a couple carb'd Yamaha FZ1's. I never really thought about the FZ1 but I've got a riding buddy who's been telling me to get one for at least a year.
Whatever bike I get will mainly be used for commuting not canyon carving, so leaning towards a standard/naked with enough power to cruise at 80 mph but not so big that I can't lane split (not lane splitting at speed btw...) If you guys have any experience with the 919 or FZ1 or have some other recommendations I'd love to hear them!
Also thanks again for keeping an eye out/spreading the word.
You must log in or register to reply here.
Share:
Facebook Twitter Reddit Pinterest Tumblr WhatsApp Email Link