Thankfully no further major concerns with the frame. A few areas to dress up and some minor repairs, sure, but nothing showstopping. 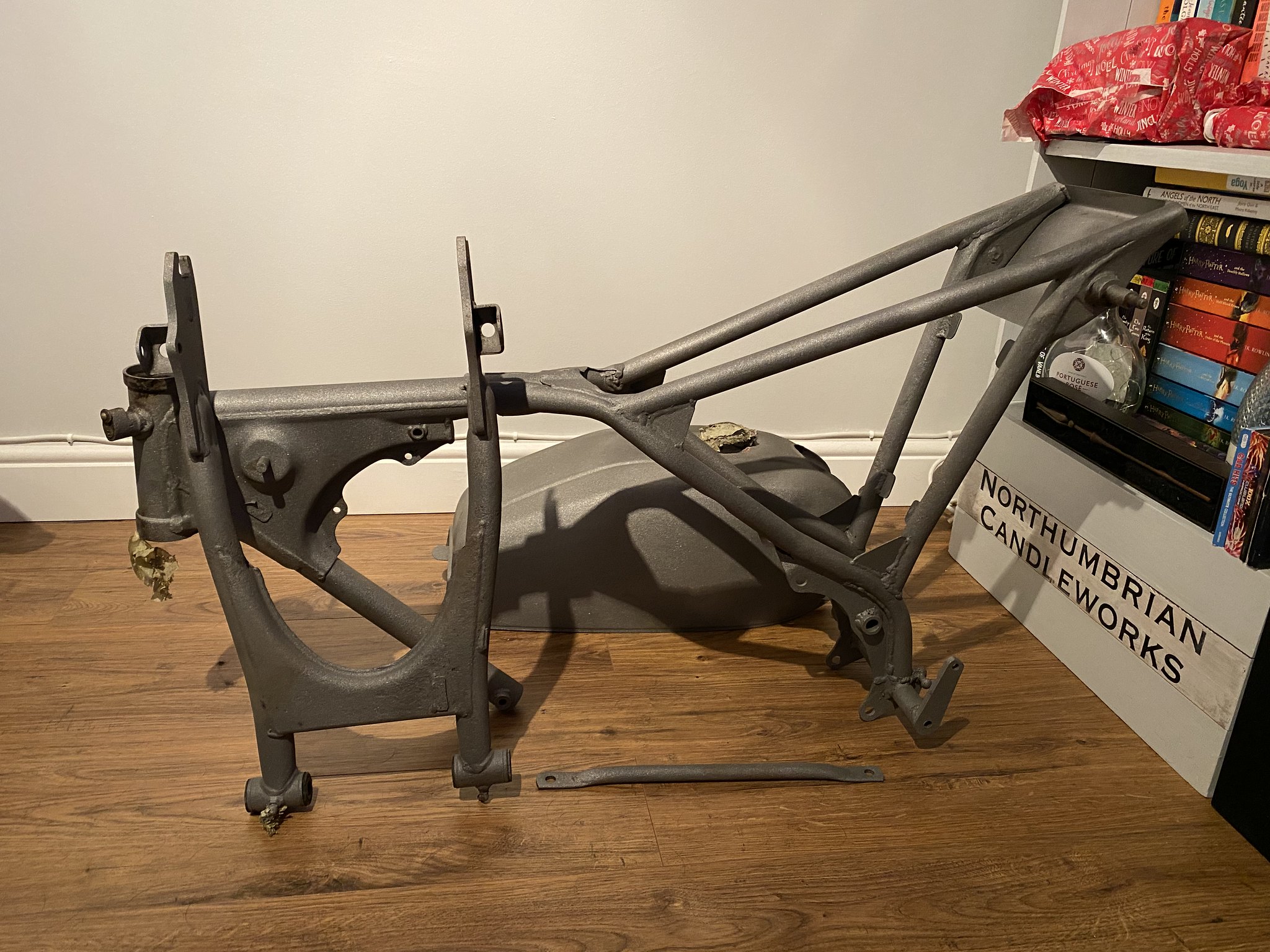 As for the tank, well, I was right. This definitely won't be getting used. I can't believe how straight that thing looked considering how bad it actually is! Which is probably a good thing, because the shop have used such an aggressive blast that I wouldn't like to try and prep this for paint (less of an issue on the frame since it'll be getting powdercoated, but I'll still give it a go over). 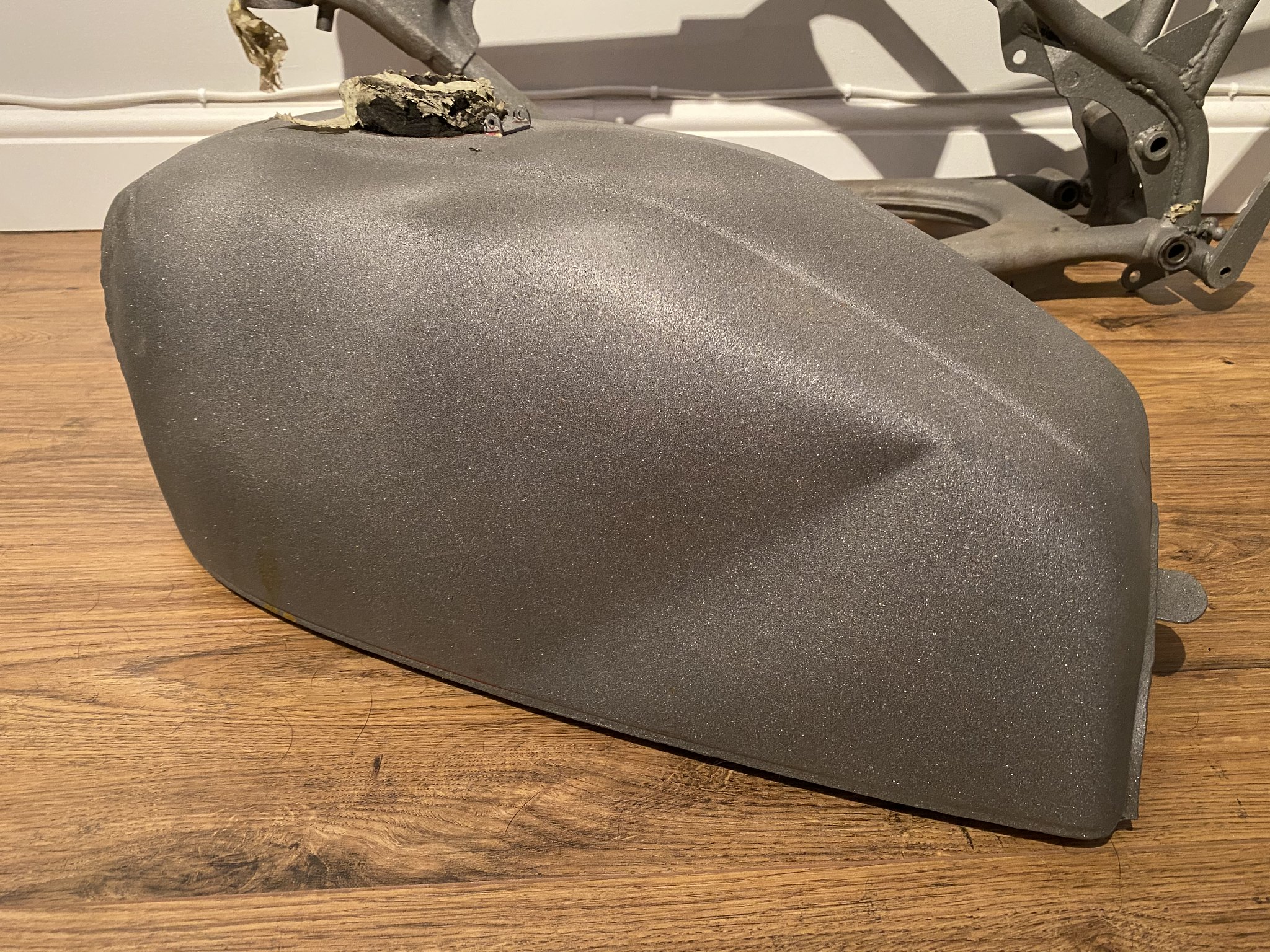 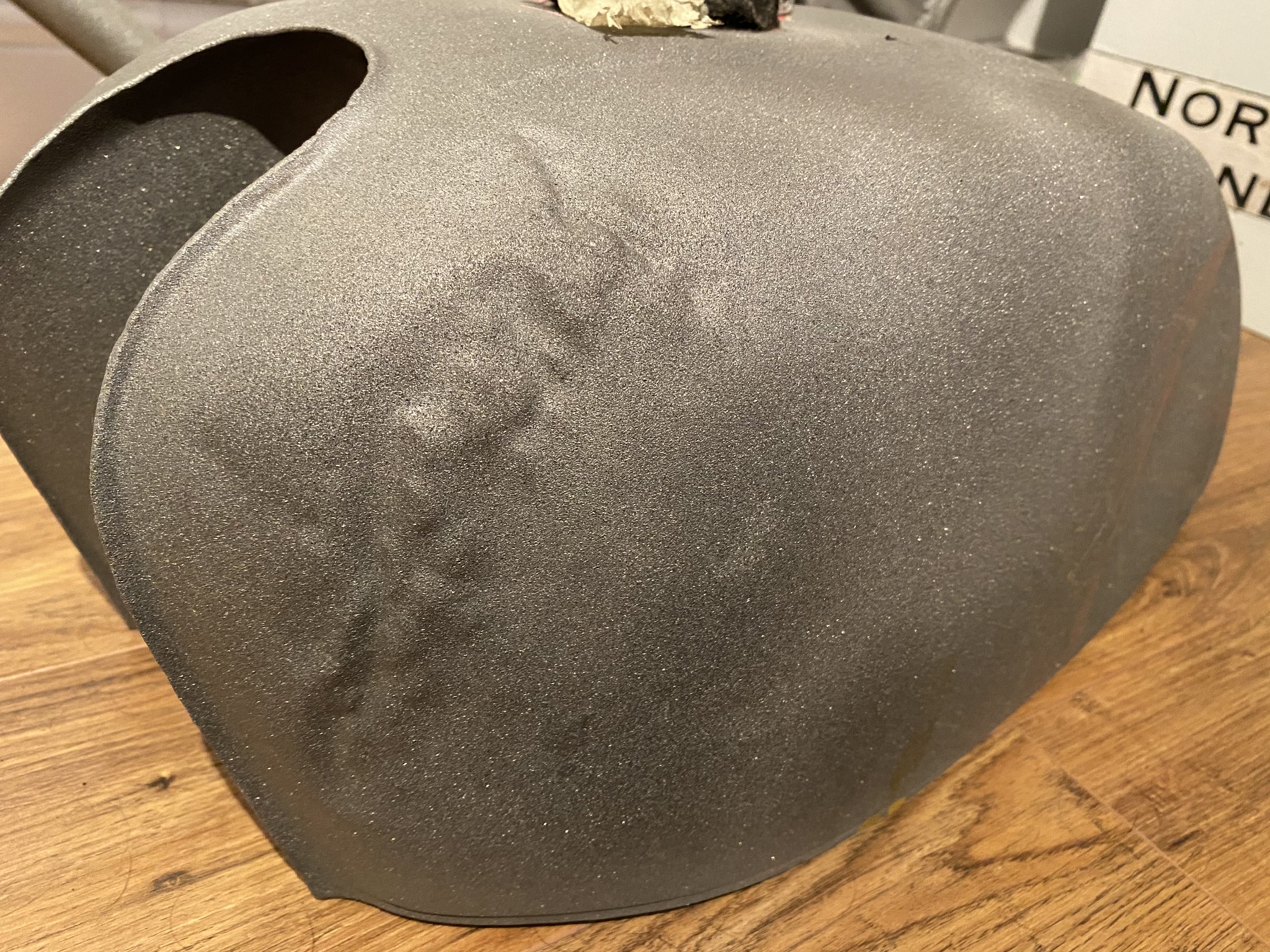 Another trial assembly to get some more visualisation done. I'm very much a visual person so I tend to repeat this step over and over to make sure I'm still on track with the look I want, even if very little has changed since the last time. I think that headlight may be too big, yet.
As a side note - the bike looks like it's bowing slightly in the middle. This is because I normally use a prop to lift the back of the tank and I forgot to put that in. When the rear mount is made for the tank this will be taken into account and will get rid of that slightly bowed look. 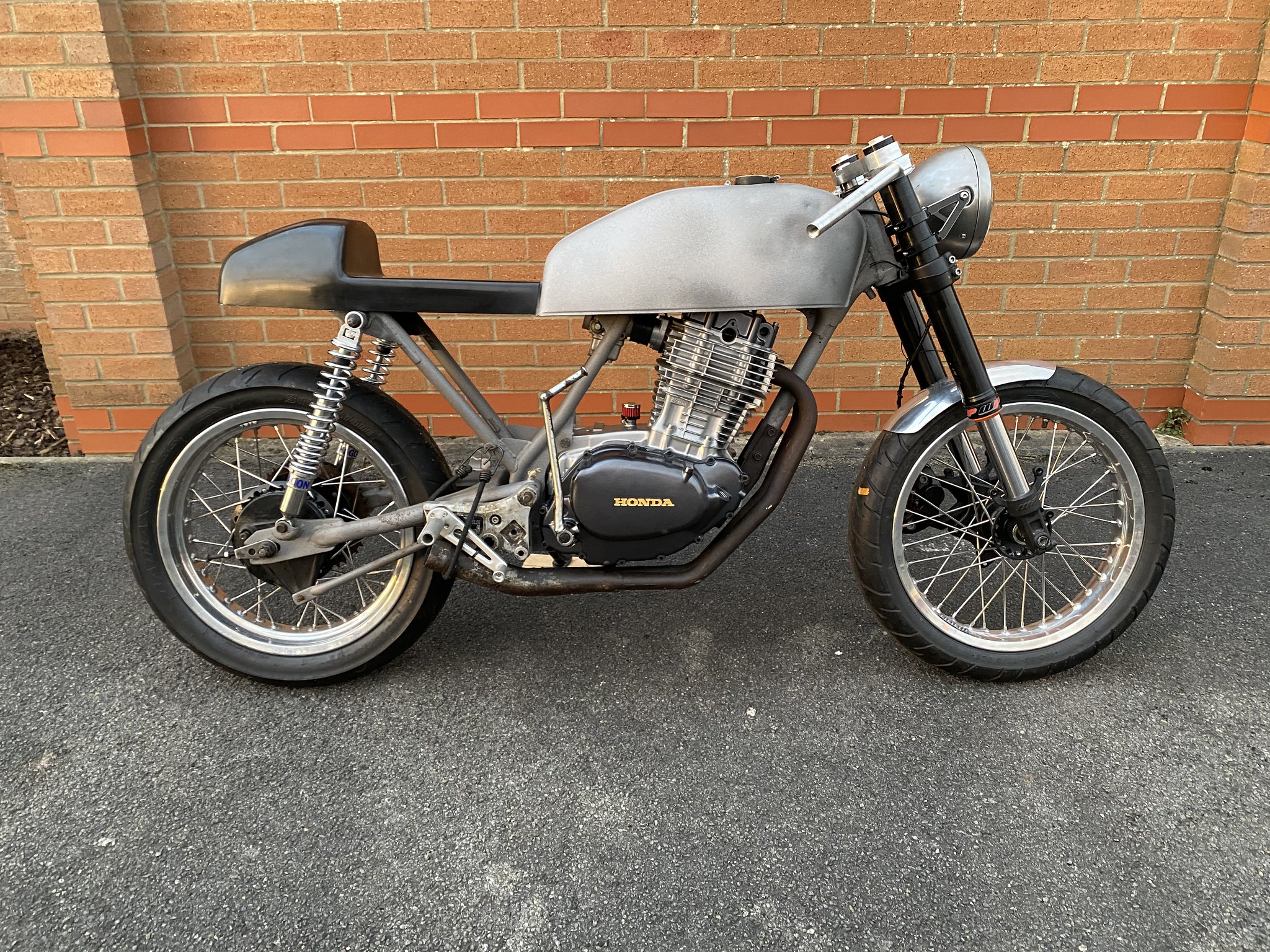 I've also started preliminary working of my new wiring loom, by stripping the switchgear I'll be using ready to re-wire it. Since I'm using a motogadget M-unit, everything is switched to earth. So I needed to trace the wires and make the switched side my earth wire. I've used domestic earth wire sheath to identify these wires for now. The inside of the Honda switch housing I'm using is pretty rough, but seems to work fine, so I may do my best to tidy it up then leave as is. I was going to completely remove the original wires, but re-soldering in such a tight space would be awkward at best, so I'm just going to join them as they leave the switch housing. 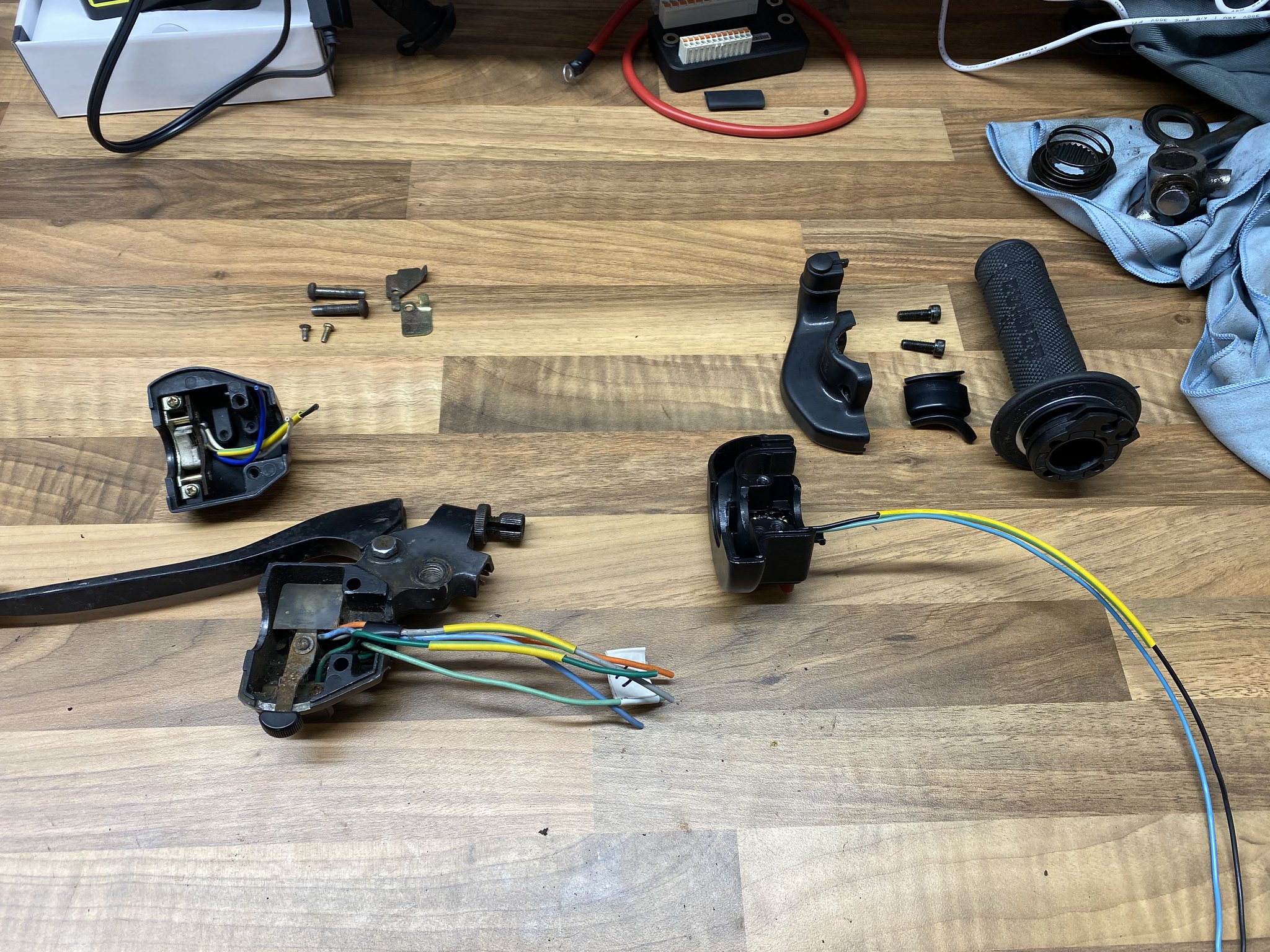