After lurking and learning for a few months since I bought my bike I figured I would join up and show everyone how far she's come. I was looking for a small cheap project bike to build over the winter and become my first street bike in the spring. After trolling craigslist for a month, I picked up a 1985 Suzuki gs300l for $200. She was a pretty tortured soul, with a half assed paint job, hacked wiring, and silver spray paint over most of the polished aluminum. After I sorted the wiring and a good carb clean and rebuild she fired up. But there's jetting issues seeing as I'm running pods cause the air box was MIA and the mufflers rotted off. She got a tank from a gs450 (old one had a half assed welded fix), a trimmed and recovered seat and a set of drag bars. There's still a ways to go before she's running right, and this is my first bike so I'll have a bunch of questions. I'm good with two stroke snowmobiles but relatively new to four strokes. (I really, really wanted a GT250) So the yellow monstrosity is the day I brought it home and after a month of tinkering this is what I have. She still has a long way to go and I'm hoping this forum can help me make this thing respectable again.

Not sure why my pics are all sideways

Got some progress. Rolled the rear fender in and got rid of the monstrous taillight. Getting something sleeker soon. Clip ons, lowered the gauges and headlight. Got my side covers painted. And for grins and giggles threw the KE100 shocks on and damn she looks good. Much more comfortable riding position too. I'll get some heavier shocks soon as the KE shocks are pretty wimpy.

Sent from my LGLS991 using Tapatalk

I also found a stock airbox for cheap and am slowly getting fer dailed in. But here's the latest pics. 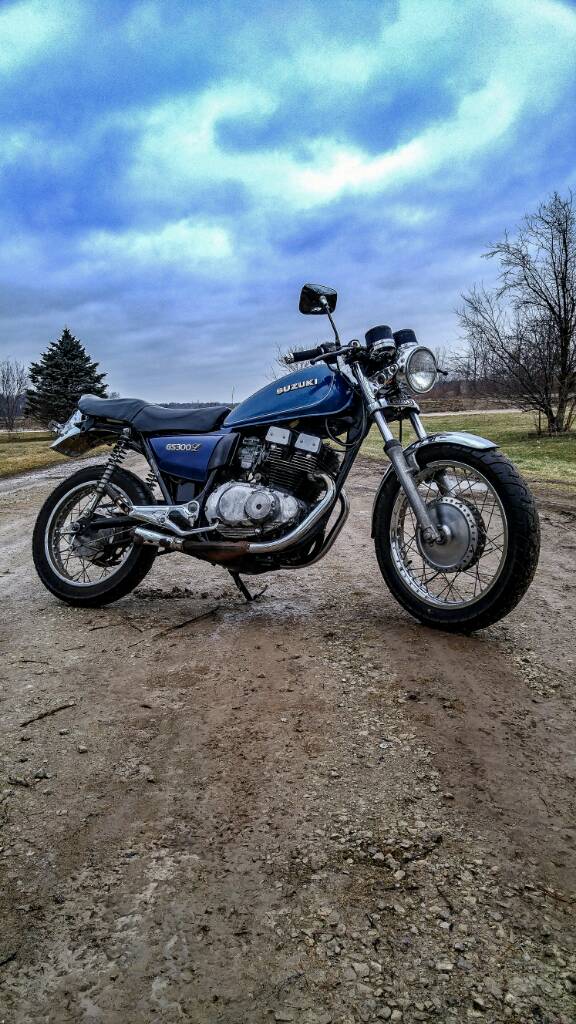