Been wrapping up my CB350 turned CL350 build. I have a specific question regarding the exhaust and could use your input. Currently, I'm running stock CL headers with mini megaphone cans. At this moment, the headers/mufflers are only supported at the cylinder. I need a clean and reliable solution. Prefer to not have to weld-on and recoat. Here's a pic of the bike currently. 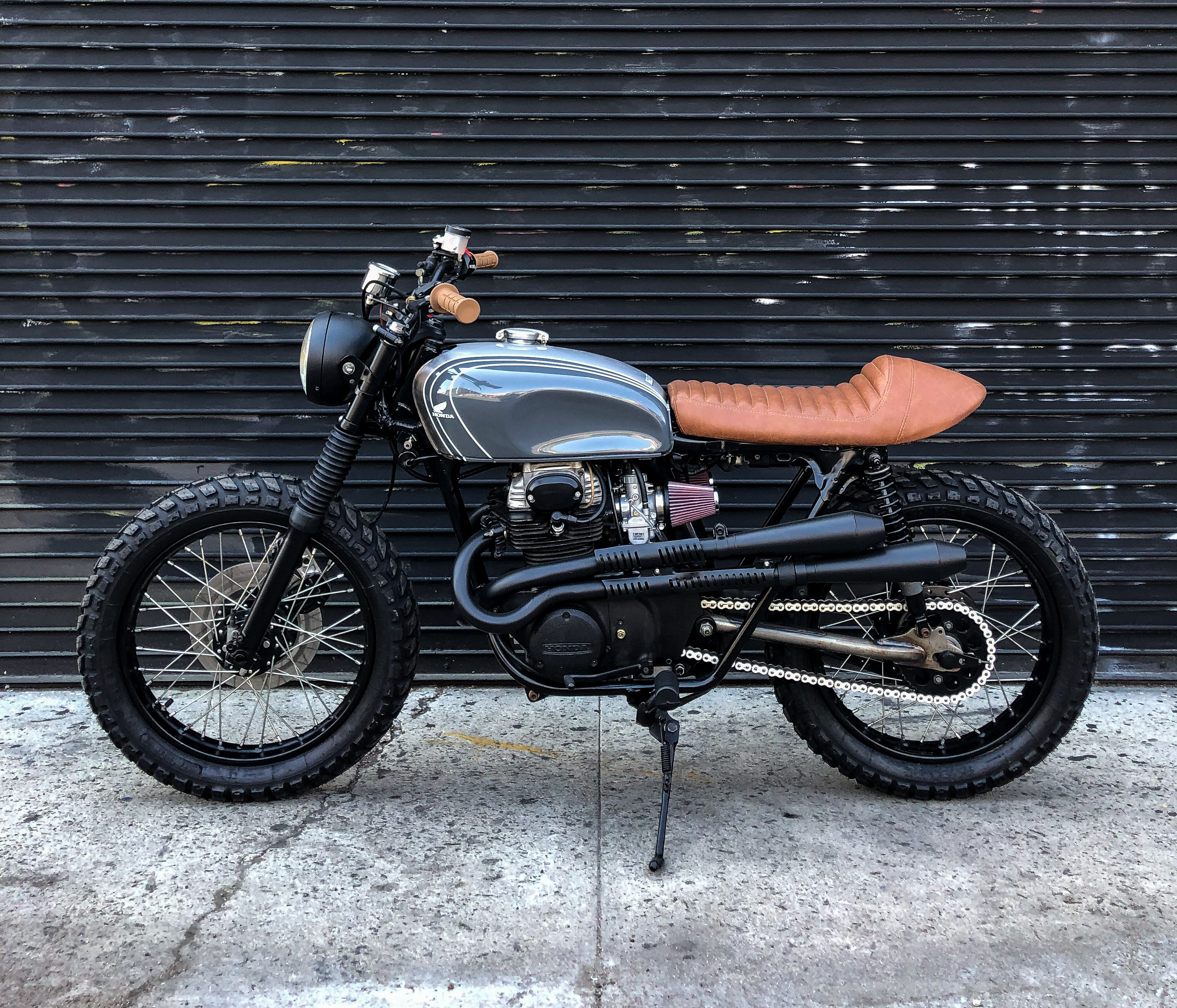 Anyone know if a good option like the S&S exhaust hangers I see on flat trackers such as the example below? I'm open to other ideas too. 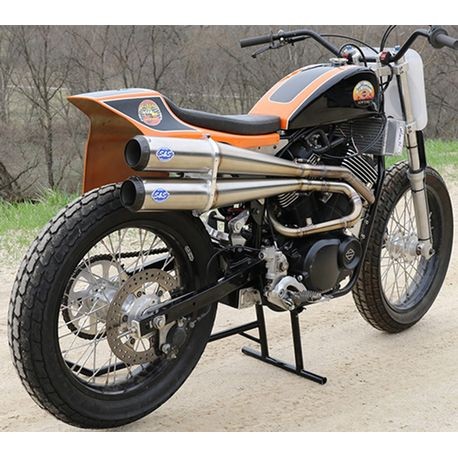 Here's a link to the build if anyone's interested https://thebullitt.com/bullitt-cb-honda-cb350-custom-build

DTT SUPPORTER
DTT BOTM WINNER
Even if they are lightweight I'm not sure I'd run CL pipes w/ some kind of end support. I know of people who have, but the thought of supporting the exhaust system weight w/ just the four little studs on the cylinder head just doesn't seem like a good idea. My CL360 came w/ the bracket and I assume the 350 did as well.

I'll try to find a better pix of the bracket on my 360, but for now if you look closely you can see the black bracket that's attached at the swing arm bolt and then goes up to support the CL exhaust pipes. The outside of it is laying on the floor by the pipes. 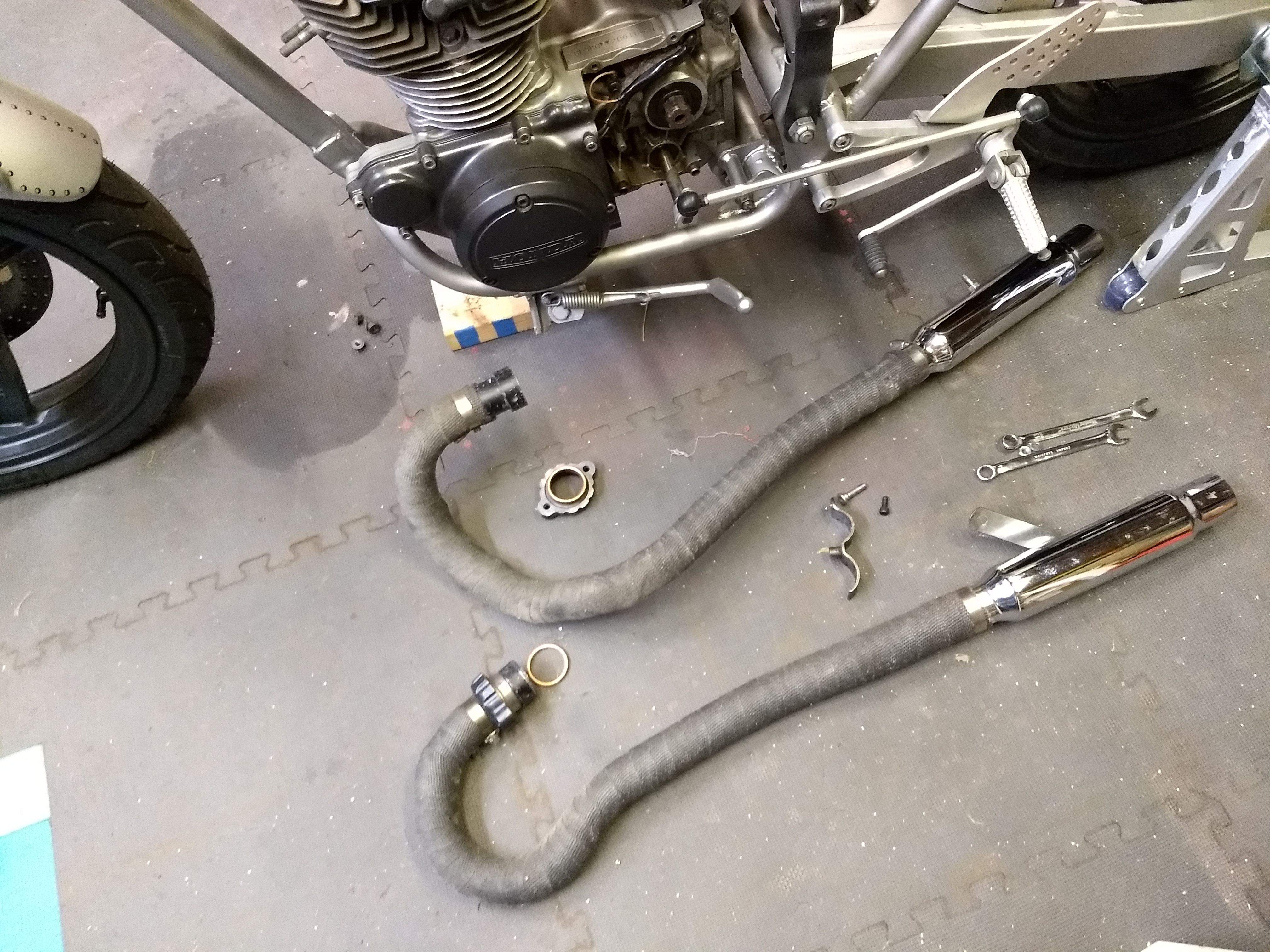 Hello
I am struggling with my english but - thing that could help: double pipe clamp/coupler/holder, etc.
Some look crude:
https://www.iliakopoulos.gr/wp-cont...pper-pipe-clamps-for-double-pipe-Type-150.jpg
Some look neet:
https://m.media-amazon.com/images/I/5169V7-ZSuL._AC_SL1200_.jpg

I have used the crude one on my SR250 but some sawing and filing was needed. I've found a stainless steel one in "handrails" department.

DTT SUPPORTER
DTT BOTM WINNER
I have no input on the hanger, but man that bike is awesome!

DTT BOTM WINNER
I like flat track inspired upswept pipes but they need rear supports. Easiest is probably a 2 into 1 collector that can be mounted on teh sort of bracket that ridesolo used. Your set up is more complicated because of the way that the top and lower mufflers overlap. You may need to fabricate a pair of individual clamps that mount on a common bracket to tie them all together and to the frame tubes.

DTT SUPPORTER
DTT BOTM WINNER
Here are a couple slightly better pix of the bracket; Hard to see clearly because I painted it black so it would disappear. 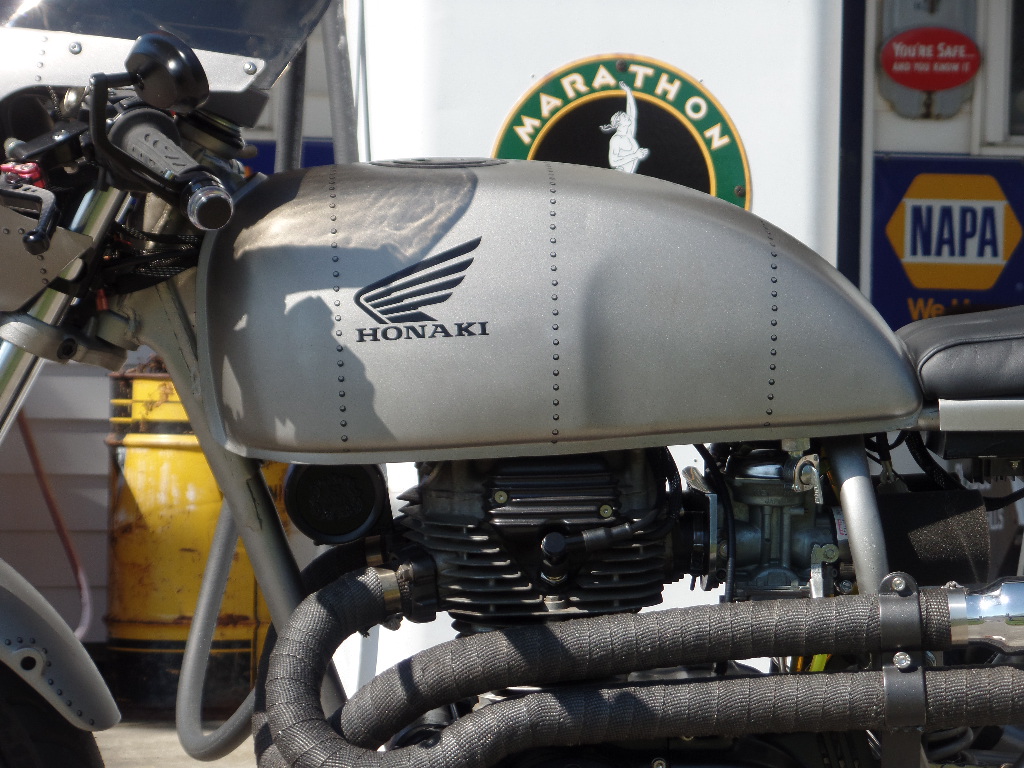 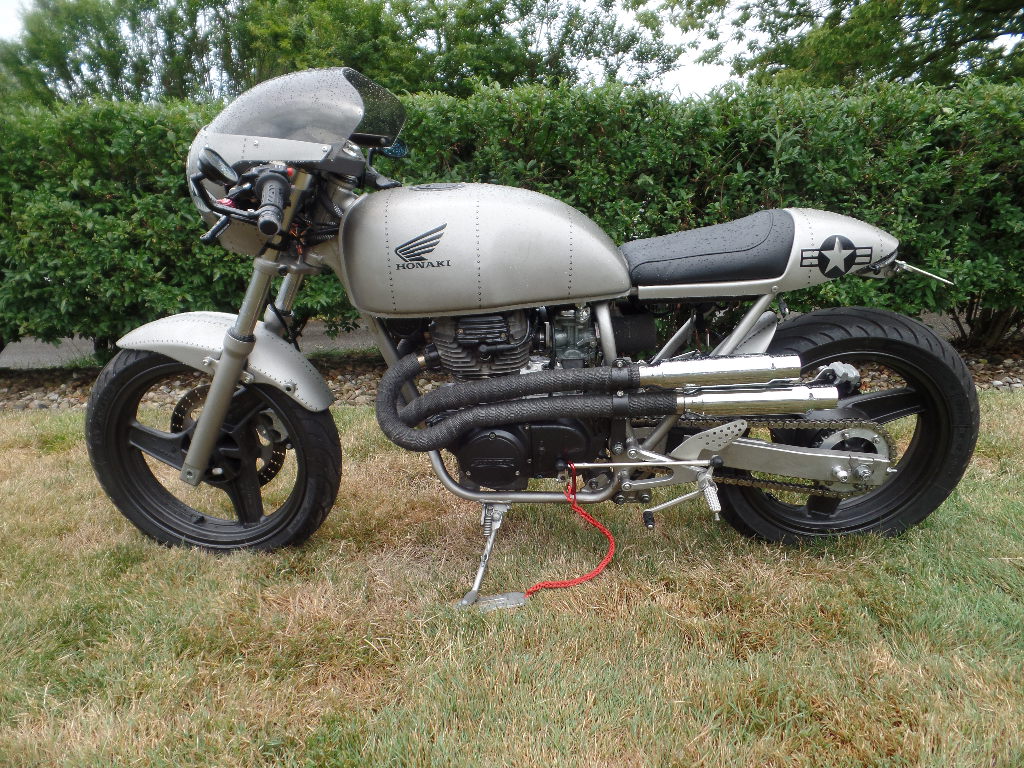