** PICS OF MEMBERS RIDES ** - Official Before & After Thread

Still gorgeous! you have a PM btw.. And what pipe is that you are running? A jardine?? whatever it is its sick lookin
S 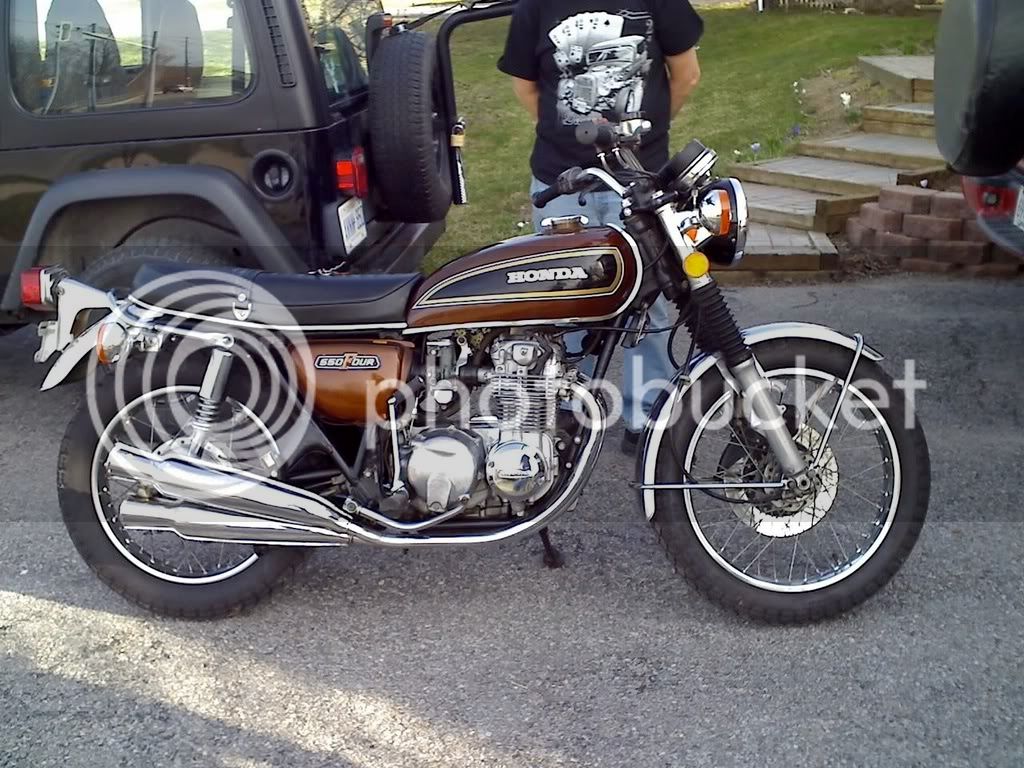 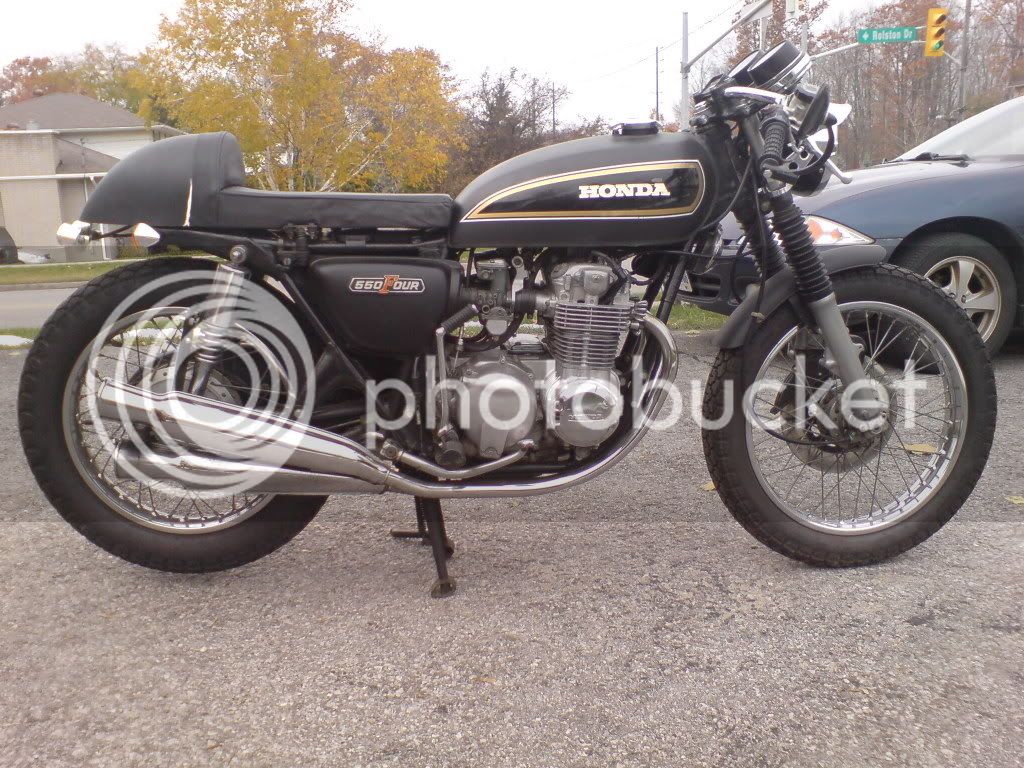 Hmm, I kinda like the before bike better.
S

I still have some work to do. It's not quite finished yet!!
D

Before: Not my picture, but similar.

After: Sorry for the webmark

You ever get your tank sorted out after the unfortunate incident? Thats still one mean lookin shafty

Beautiful bike Darkbane. The colour is not something I would have ever thought of, but it definitely works, good choice. Nice exhaust too, is it loud?
N

78xs 650 before. $500 with 10k miles. 750 Tank, ducati knockoff seat and clubmans. Had Dellorto's but those went to my norton, now has 32mm mikuni rounds slavaged from some vintage husky parts I have.
N 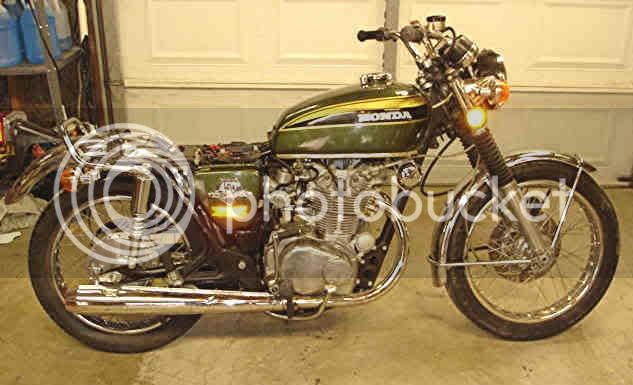 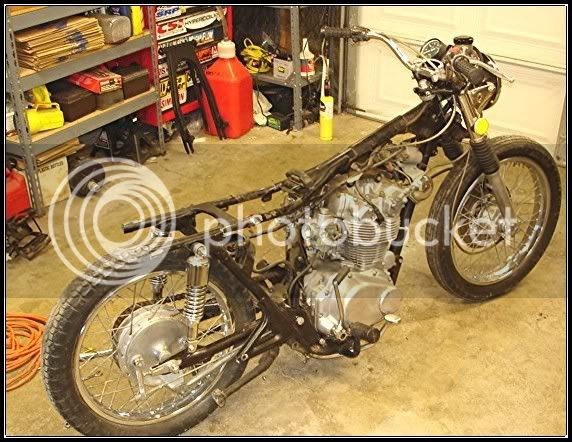 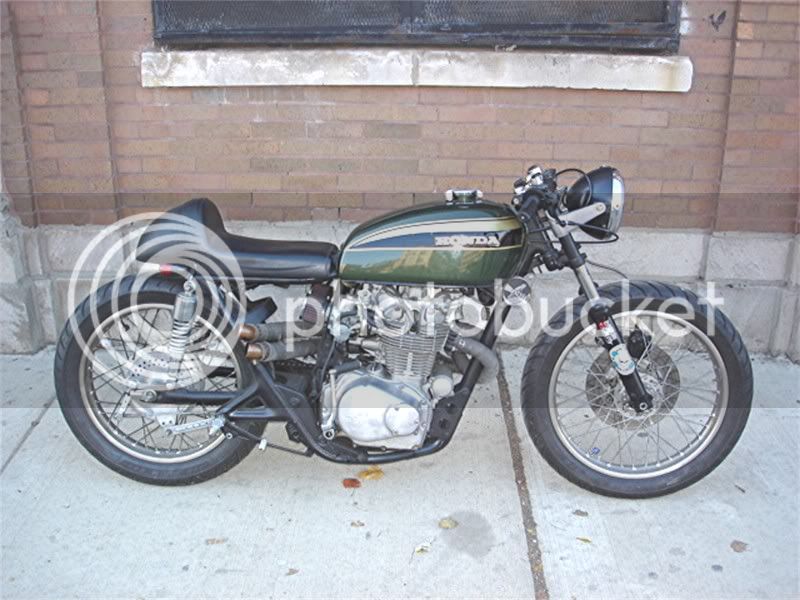 back when an old dude owned it and only put 5K miles, stored it for 15 years, before sellin it to the guy I got it from...

aftah...stay tuned...(although 78kz has posted something close to what it looks like now)
D

I haven't gotten my tank fixed yet. The winter has not allowed me to get much done unfortunately. I think that when I dig into the tank, I'm going to shave the emblems as well.

I do like the color, but I think I'm gonna lighten it up a little. Maybe an antique white or something. The color will flow back to the tail piece as well.

Yes...the exhuast is loud. I'm going to baffle it a bit and wrap the exhuast to get little bit deeper sound out of it this spring.

Is this the after pic your thinking of Jerome?

Before (Don't have any other pic, around June 2005)
This was when the bike was hardly a few months old. Only thing we had changed was the rear fender.

The only thing left is the seat cowl. Which is still under process. Will update the pic when its done.

I think the 2008 riding season will be a good year for vintage/cafe style bikes.

I also think that we will see a lot more Rat Rod and/or old un-finished/ragged out cars and trucks running around this year.
Hmm... when I was younger we just called these cars "Junkers"!

When I go to a car show I find myself spending much more time looking at the older ratty cars and are pieced together from a bunch of different parts. Most time I speed right on past the 100 point paint/polished up, trailer queens that all someone did is throw money at some builder and say build me a $80,000 show car. Big deal,anyone with deep pockets could do that.

Just the other day while on the road I saw a glimpse of an old slope back(brand/model?),faded blue,40s era 4 door that I would love to buy and cruise around in this Summer.
D

78kz said:
Is this the after pic your thinking of Jerome?

The Finished pic is a duplicate on other posts, but I figured the two must go together. 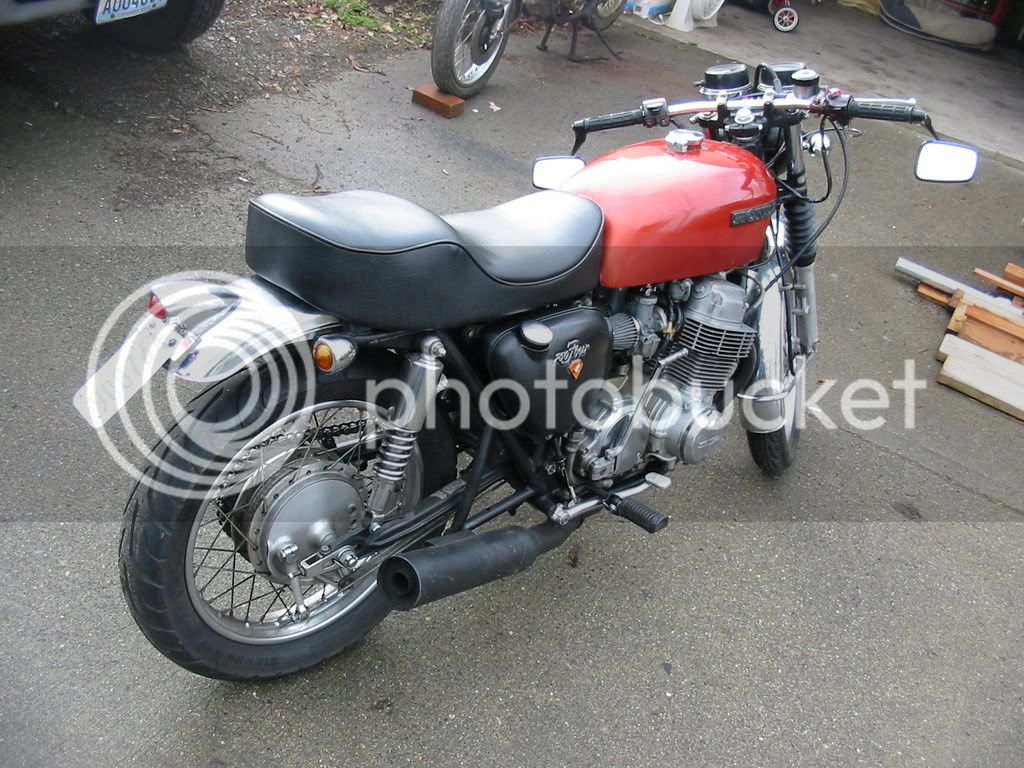 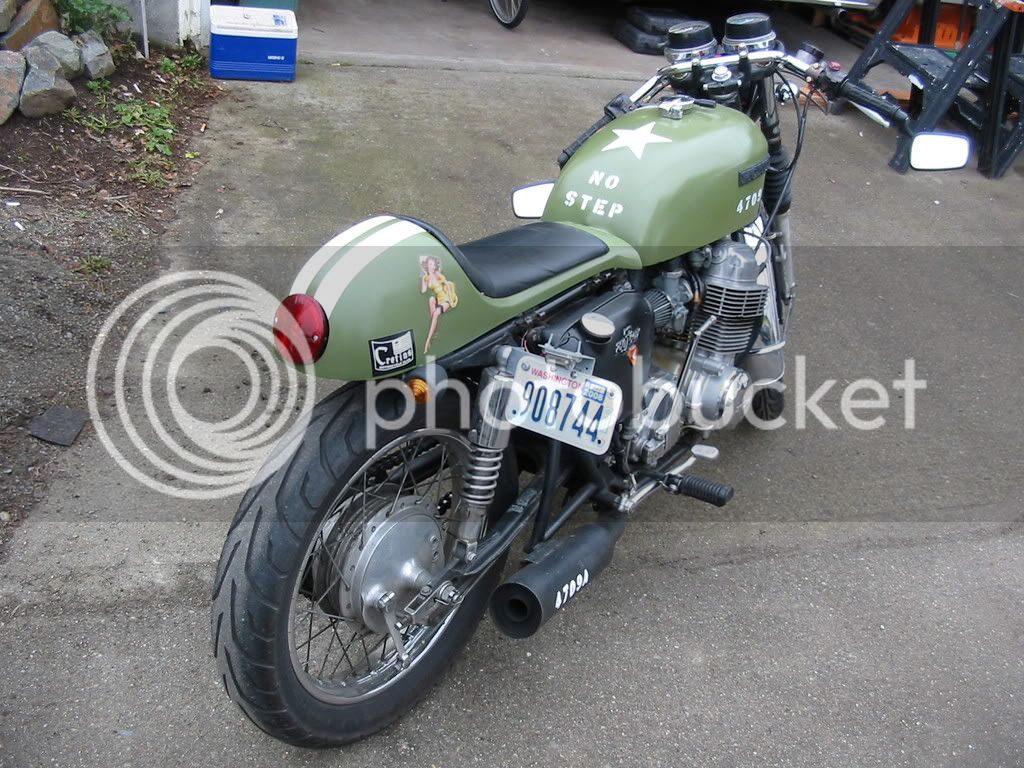 If it don't fit, you're not trying hard enough!

First bike I guess would be the mini chopper I built back in 04. Started with a Kawi enduro with no engine, chopped and hacked and added a 10HP snowblower engine and lotsa parts from P.A. and some I made myself.

First REAL bike, Kate the XS650. Got her with clubman bars, wasn't the style I was going for so they got sold eventually. Lotsa parts from Mike's and some custom FG fenders from Oldy's. Fabbed just about everything else up myself. Farmed the rims out to a pro to get polished. Still starts first kick.