Why Does My Honda CL200 Only Run With Very Advanced Timing?

I forgot to mention that, sorry. I did soak the floats submerged in water and did not have any leaks. Also, the gas cap not venting is a definite possibility as the bike was in rough shape when I picked it up. I'll try that when I get a little time this week (hopefully tonight).
C

I got out a few times the past evening and was able to drive the bike around a little bit and while I can get it to start easily every time and idle, it only likes to idle on the left cylinder. The right one will only fire sporadically and that's when I have the idle screwed all the way in. I've played around with the A/F screw to try to get the low speed jet to start working but haven't had any luck. Additionally, I'm still having the issue where the bike likes to stall out after driving anything over 35 unless I slow down really slowly, then sometimes I can keep it running till it goes back into it's good low speed state. Having the gas cap open did not seem to make any difference and I've confirmed that the air vent in the cap itself is free and clear of debris.

As far as the coil breaking down is concerned, I've tried to just feel the coil to see if it feels hot and it's quite cool from the outside. Is this a good way to test? It's a brand new coil.

DTT BOTM WINNER
Yes, it can be caused by having float heights incorrect. Make sure they are both set at the same height (at whatever the manual says - I can't remember off the top of my head). Have you synced the carbs? On these carbs you basically just visually make sure that the slides are closing at the same time, or that they are fully open at the same time. It can be pretty tricky but this could definitely be causing the problem.

For the ignition, swap your plug wires to opposite sides and see if the problem follows.

DTT BOTM WINNER
+1. Check the float height. Even better if you can check the FUEL level. Ask CrazyPJ to sell you a pair of his vacuum connectors and screw them into the drain holes and attach a length of clear plastic hose to each and check the fuel level.

THis how you use one:
https://www.blasterforum.com/attachments/cleartubetest_zpsebce3a71-jpg.24321/

DTT BOTM WINNER
If the cylinders aren't sucking the same amount of air, the carbs won't be synced visually.

DTT BOTM WINNER
Good point. I think when I was having this same issue on our CB200, it ended up being a minor vacuum leak.
C

I can confirm that the cam timing is correct. That was one thing I was very diligent about during reassembly as I was aware how important it is to the overall operation of the engine.

As far as air leaks go, her is what I've done: The carb boots looked good, but with the confusing performance, I coated them in RTV gasket maker to fill any hairline cracks and didn't notice any change. I got new O-rings for the carb and engine mounting surfaces of the boot. I also sprayed WD-40 across all of the cracks and crevasses of the carb mountings including the slide cap and didn't notice any immediate changes in rpms either.

I will go back and make sure the carbs are as synced as I can make them. Would syncing the height at rest and then pinching a zip tie or stick in the carb under each slide and then watching for them to move in unison when I twist the throttle be a good way to ensure they are synced?

I'm also going to invest in a set of drain plug tubes so that I can see where the gas levels are compared to each other.

Thank you again for all your help!
C

The snow started to fly this week which means that the season is officially at it's end. I did however finally manage to get some time in the garage and was trying to sync the carburetors when I noticed that the cut away on the slides wasn't matching the same direction. After taking them out it appeared that I have two left side slides, as the cutaway faces the air cleaner on the left side but then faces the engine on the right side. Is that a thing? Do I have the wrong slide? I can only imagine this is a big contribute to my issues.

DTT BOTM WINNER
Glad you found that. Yes it's a thing. Slides are usually "handed" left and right to make it easy to adjust them. Aftermarket carbs, not so much. It is very possible that someone damaged a slide and bought one not realizing that they are different.

Try to get a new slide and see how much that improves things - I suspect it will be like night and day difference.
C

That's awesome to hear. I'm really optimistic that this will help to solve my issues. One quick question before I pull the trigger on a new part. The slides that I pulled out of the carbs both say 155 and then 2.5 on them. I think the 2.5 is the cut away size, but what does the 155 mean? I only ask because the one i'm looking at say 156 and 2.5 in the picture.

DTT BOTM WINNER
Can you post pics of your slides? Which side is the one that's wrong? I have a spare left side carb from a 200 that I think has a good slide.
C

I don't have an actual picture with me now, but this top picture is the arrangement that I currently have 2X of.

With the slide cutaway facing the air cleaner and you looking from the rear of the bike, the idle speed adjuster slot is on the left and the alignment channel is on the right as shown in this picture.

This is what I have 2X of 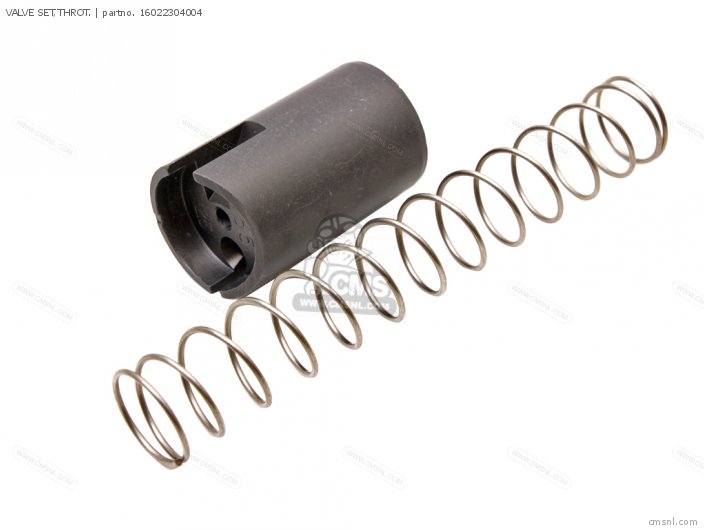 This is what I need(although I'm unsure if the 156 is an issue or not, as the numbers stamped on the bottom of both slides that I currently have are 155 2.5)

DTT BOTM WINNER
Good question. So I looked back through pictures of the last pair of CB200 carbs I rebuilt and sold and the slides do look like they are left and right hand, but no picture of the numbers.

Then I searched through a pile of CB175 pictures and found a pair of slides with 155 on left and 156 on right side, so I went back to the carb spec file and it says that the slide diameter on a 200 is 18mm and the same on a 175. Please post pics of your slides and of the carb bodies so we can tell for sure that you have the right carbs and slides.

You are correct that the 2.5 is the cutaway size.
C

Here are links to the photos that I took of the carburetors.
http://imgur.com/gallery/gYANfk5

Here is the link to the pictures of the slides.
http://imgur.com/gallery/Ni1wg0q

Let me know if you need any other pics!

DTT BOTM WINNER
Yep. The carbs are correct - left and right hand, so you need two different slides 155 in the left and 156 in the right. That's the same slide as some CB175s.

The narrow slot fits over the guide pin and the fat, angled slot is where the idle speed screw rests. So the slides should be mirror images of each other.
C

Long time no talk. I wanted to check back in and let you know that I finally got the new carb slide and definitely had a major improvement in performance. My neighbors are all giving me we weird looks as I ride my bike in 20°F temps, but I'm not going to stop until there's snow on the road.

I'm still having a problem with the engine cutting out and sputtering after running it at WOT for a while but then after I slow down it seems to fix itself, so I'm suspecting the fuel is just not getting into the bowl fast enough. I replaced the fuel filters, but maybe I really should take the petcock off and make sure the mesh isn't clogged up. Still some tinkering to do....

Anyways, I'm able to maintain a decent idle and can currently hit 60, so I just wanted to say a big thank you to you guys for helping me work though some of these puzzles!
You must log in or register to reply here.
Share:
Facebook Twitter Reddit Pinterest Tumblr WhatsApp Email Link