troybilt said:
very very cool. Your pops must be tops too. Get some clear on that epic paint job. I love it. Maybe toss on some 2k clear to protect it. I'd hate to see boobies get ruind with gas
Click to expand...

Where did u get the tail light?

Do you still have the old exhaust?
S

Just a quick recap of this project, and an answer to a few questions:

-The taillight is actually a rear turn signal from a Honda C100. Available on ebay from numerous oversees vendors.

-I don't have the old exhaust. I actually used part of it to build this one, and then used the rest for another project I worked on later.

I was fighting some wiring issues, and then discovered the condenser was packing it in. So I installed a new one, with some new points, and terrorized the neighborhood today. Managed to cut down on the mosquito population for a few more months. 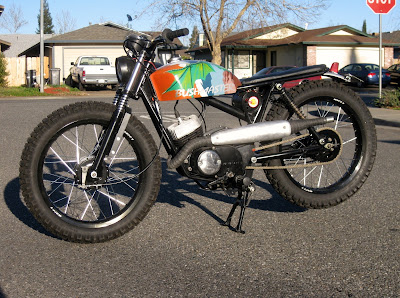 A very exciting 12 second clip of it running, and apparently making popcorn:
http://www.youtube.com/watch?v=qr-G4OCei1s&feature=youtu.be

have you checked your Miyapet build in a while? i think there is a surprise for you there
D

This is so cool! I follow all the Kawi builds, don't know how I missed this one.
S

I finally took a few pics of the Kawasaki: 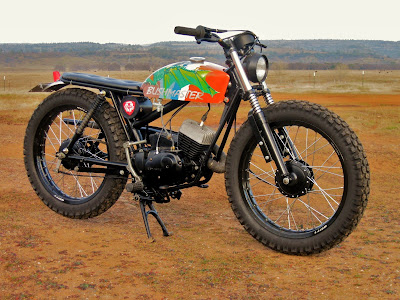 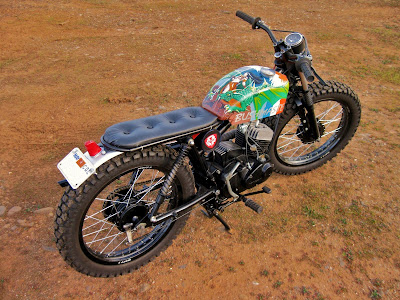 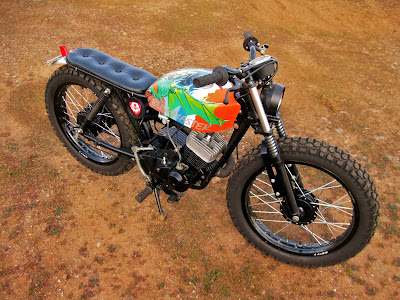 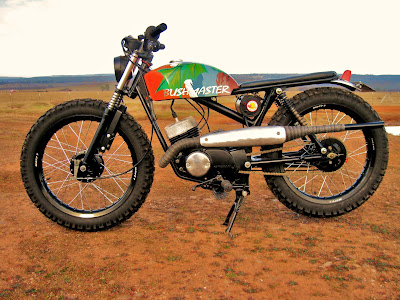 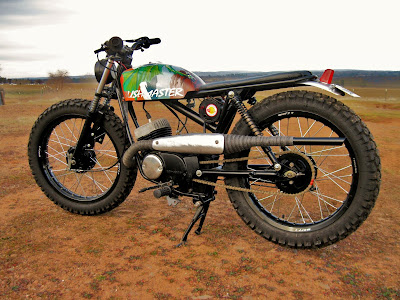 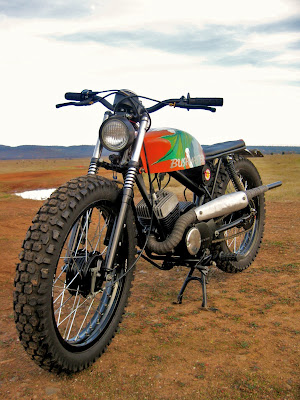 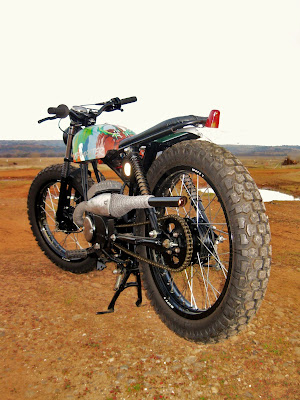 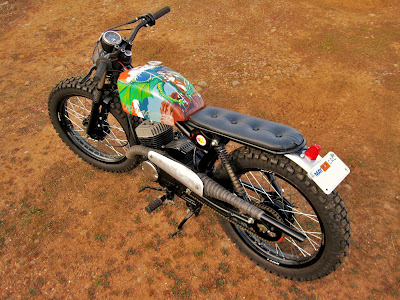 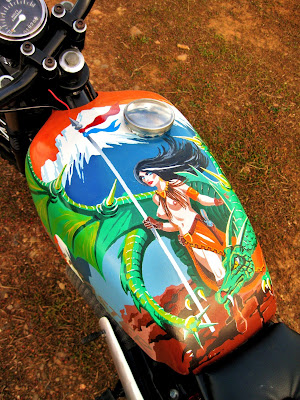 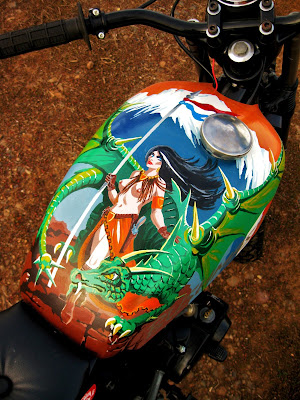 I cant get over how much I love that tank.
Something about the understated brat styling and the bright crazy ass tank is just perfect.