DTT BOTM WINNER
I didn't document much of the painting process because it was one of the more stressful parts of my young life. I was in a (self induced) time crunch to get the engine painted, which led to taping and painting it under a carport during a light thunderstorm. The paint went on well enough, but the storm picked up and blew in enough rain to create several small spots in the topcoat. I redid everything the next weekend and it's still not perfect but close enough for me without disassembling the whole lump.

I painted the frame and other connecting bits with good ol Rustoleum appliance epoxy and spent a few days building up the courage to mate the two back together. I used foam, moving blankets, carpet, an engine hoist, an extra set of hands and was still a nervous wreck the entire time. A few small touch ups later, and she was much heavier: 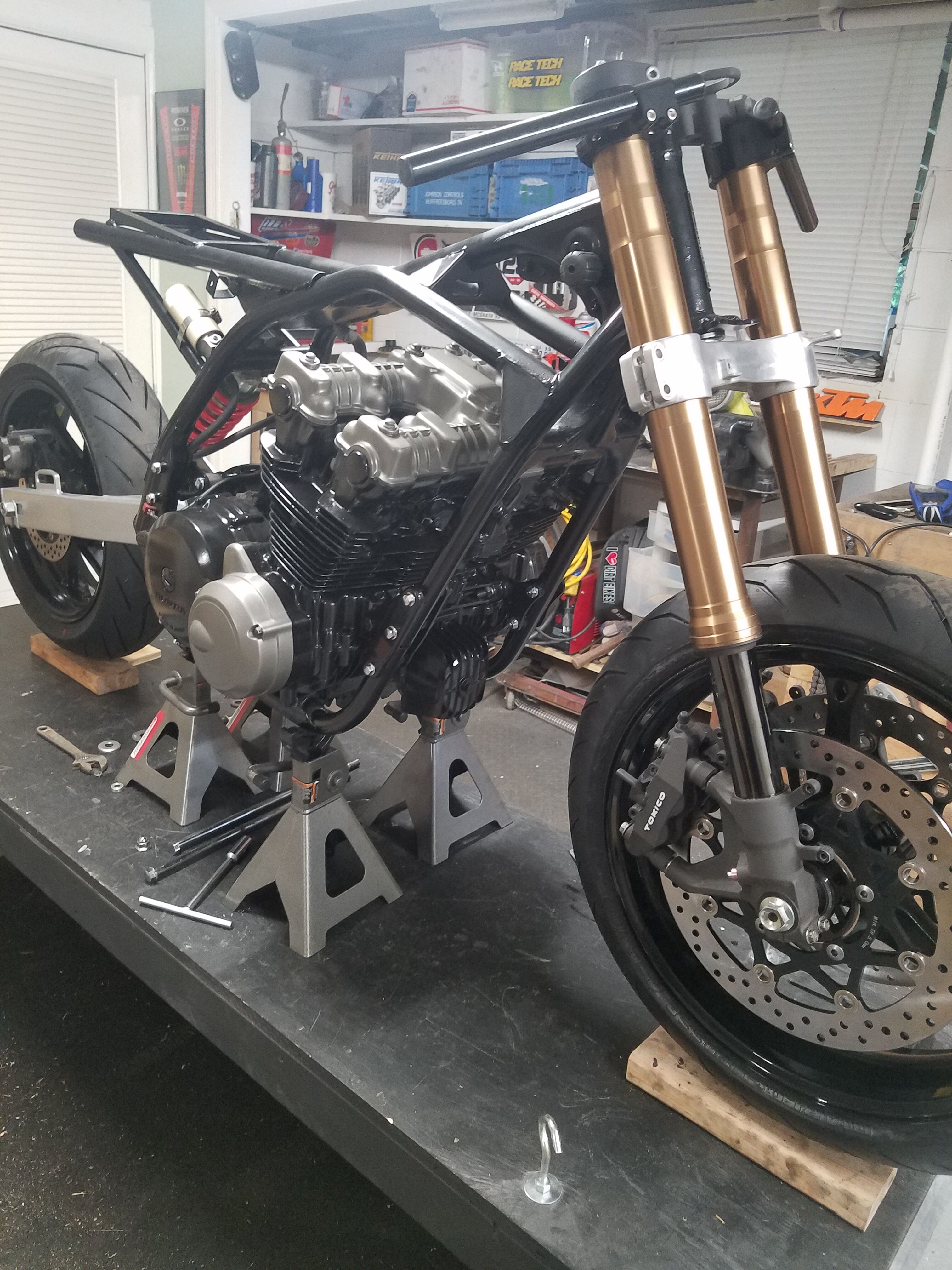 As you could probably guess at this point, I didn't have a clue how the paint scheme would end up. Except for one thing; it had to be red. I spent a solid week removing paint, learning how to use bondo, filling dents and the emblem mounts, then a ton of sanding/priming/sanding/priming. After it was smooth enough, I laid down a couple cans worth of Troy Bilt Red Tractor epoxy. Sure, it's not the infamous Tahitian Red I originally wanted, but it's also not $30 a can and once it's cured is some of the toughest spray paint I've seen.

The camera doesn't pick up the real color quite like in person, but just imagine the most generic red crayon you can find and this is it. 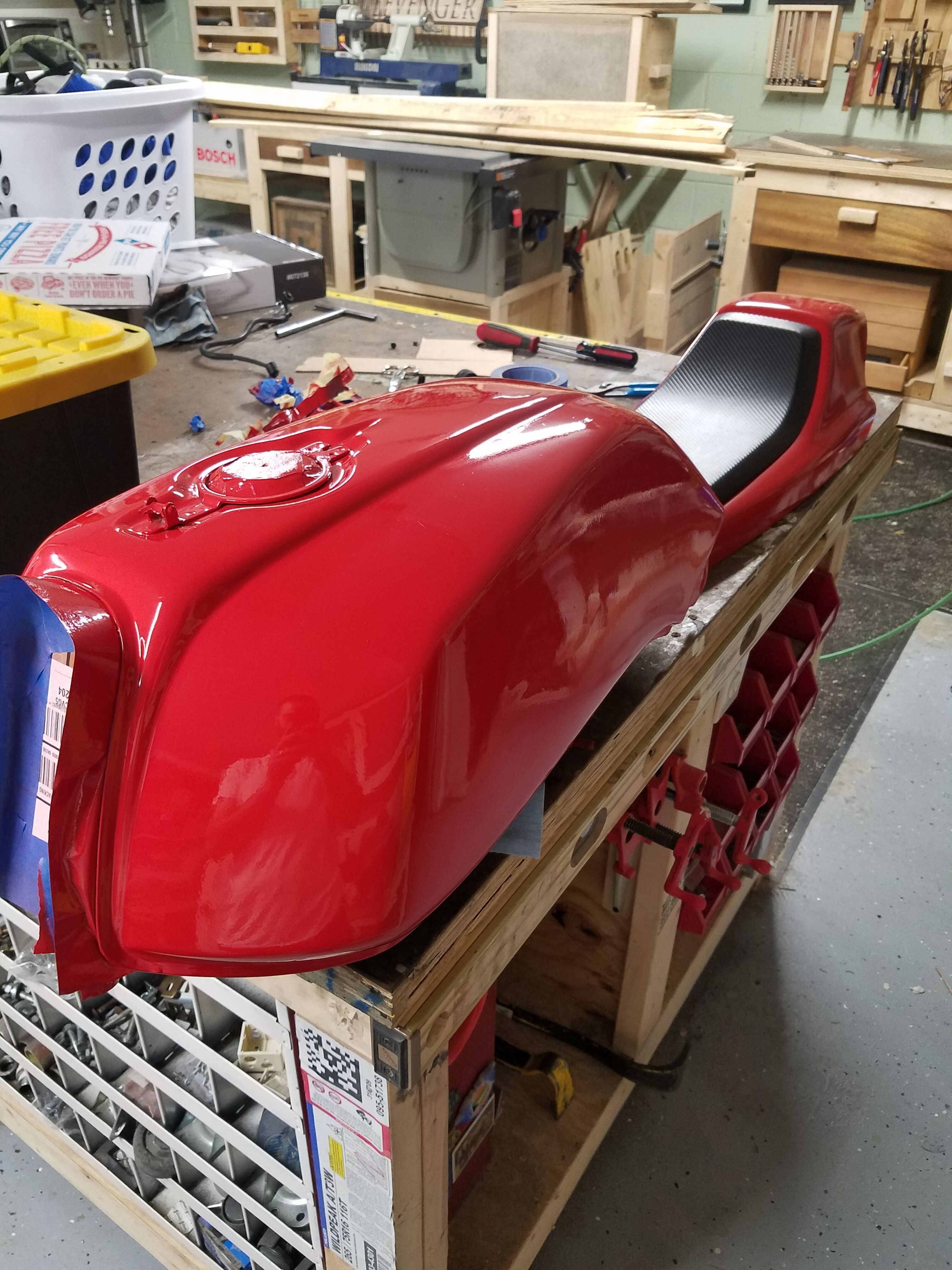 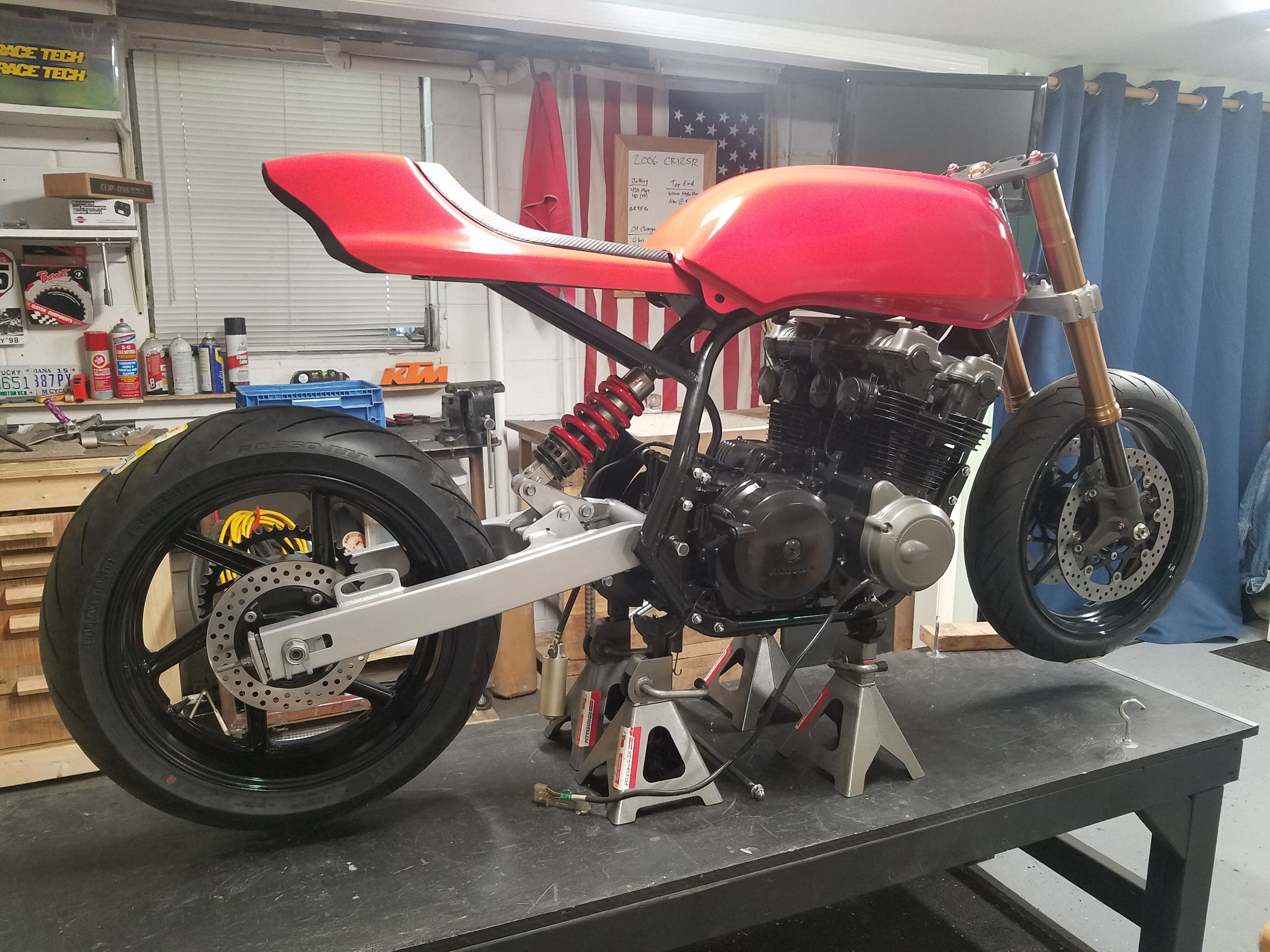 DTT BOTM WINNER
I needed to break up all the red somehow, but didn't want to commit to painting something else on top. After some youtubin' I decided to try out this new fangled vinyl wrap stuff all the kids are going on about. I picked up some generic auto vinyl from amazon and spent most of the day Sunday tracing templates, cutting, and trimming. I really dig the design so far, but thankfully I can just pull it off and change it up whenever I inevitably decide to.

The emblem got a coat of the same black appliance epoxy, and I may end up highlighting the letters in white or silver. Solid black looks fine in person but doesn't photograph very well. 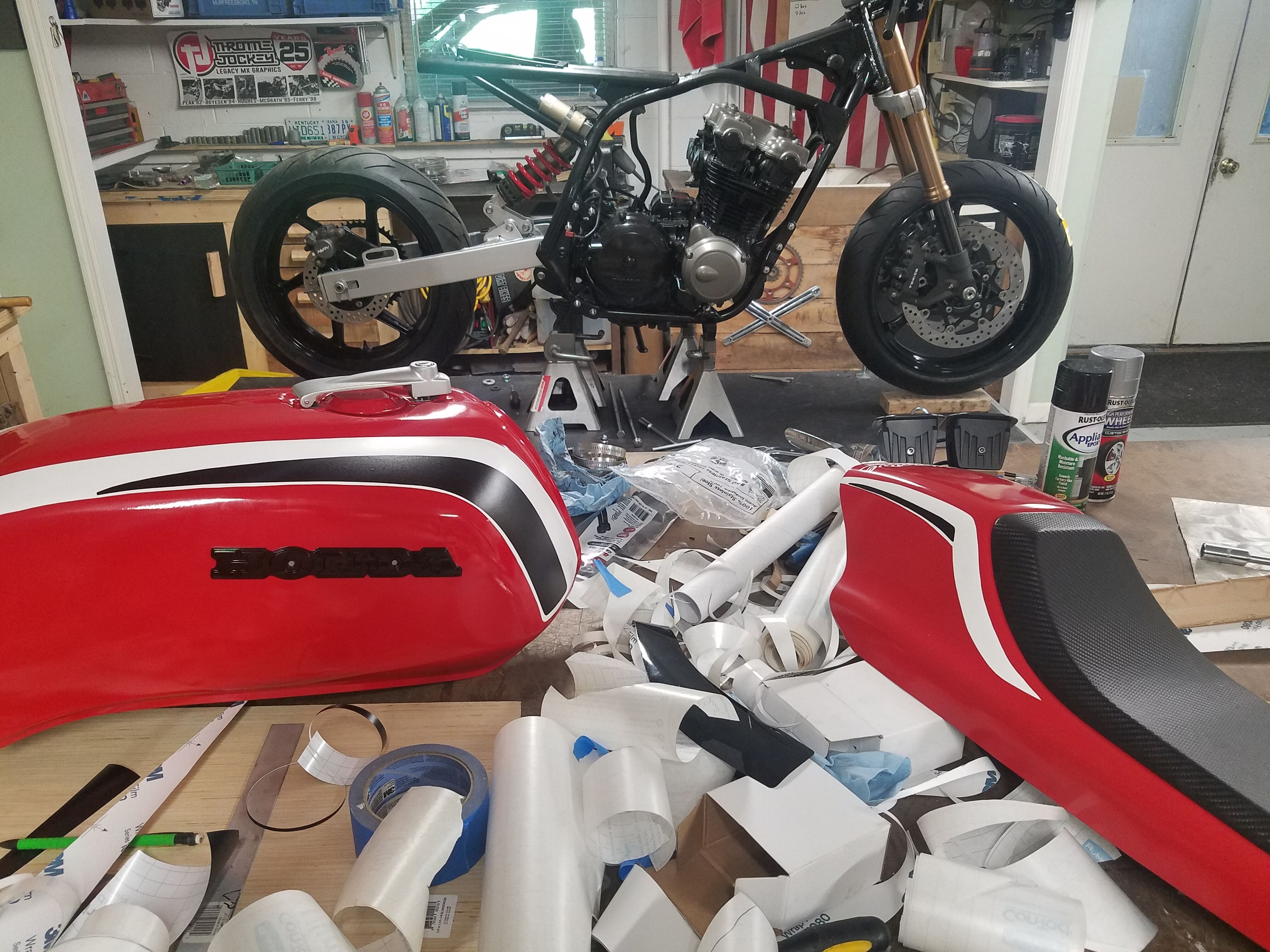 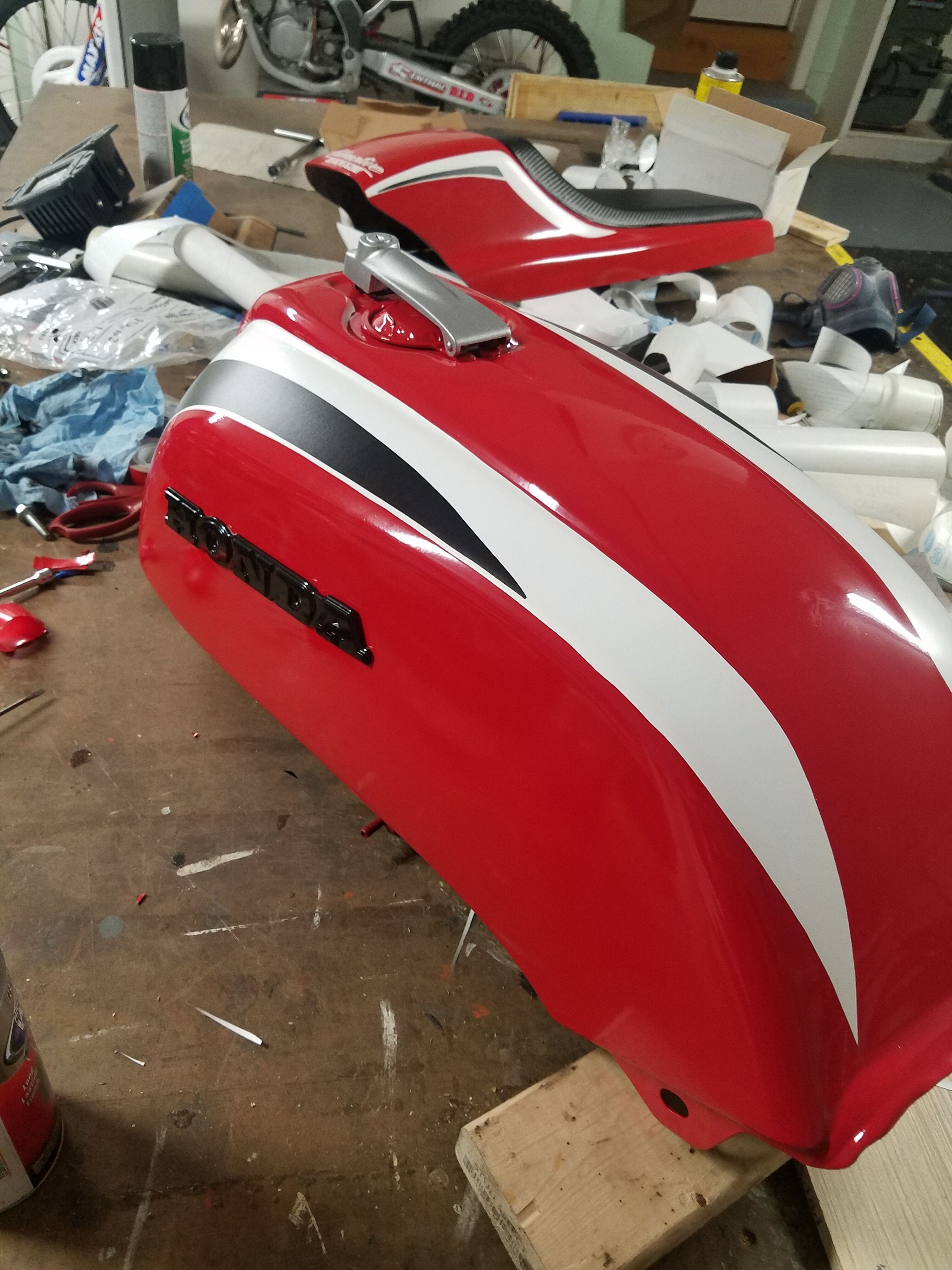 It's really hard to show everything accurately with one photo, but it actually turned out pretty good. Different strokes considered 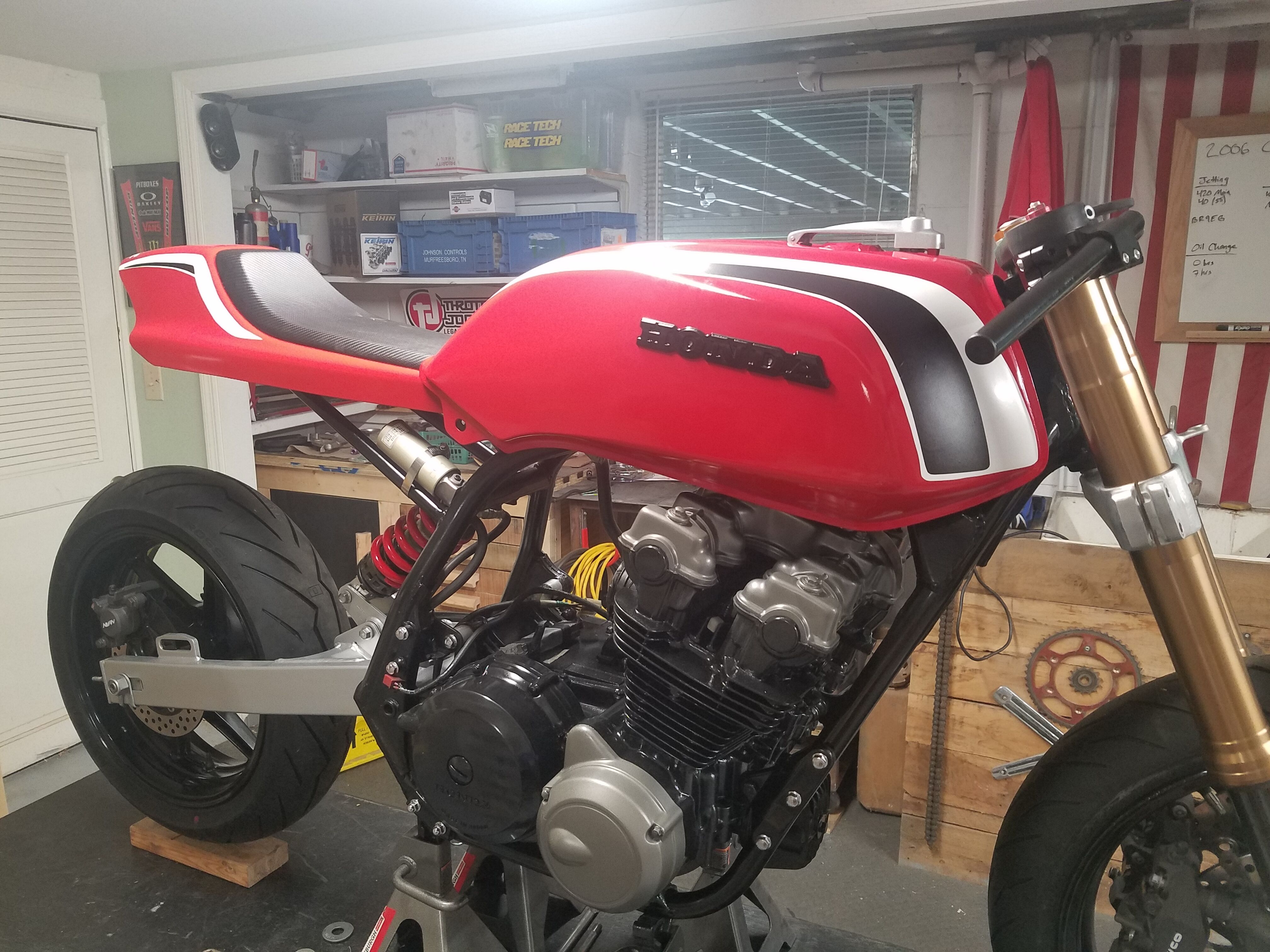 DTT BOTM WINNER
Looks good man. Hand cutting decals is tough. If you ever want some decals cut, send me a PM.

DTT BOTM WINNER
Over the past couple weeks I finalized the suspension, rear sets, shift linkage, and brakes. I did about everything I could with it on the table, then finally got the engine hoist out and set her back on the ground. All that's left (LOL) is electrical, some gaskets, a couple switches, exhaust, and a headlight. My original plan had me riding by now, but it's 100 degrees and Kentucky humid so I wouldn't be riding anything right now anyways. There's a vintage show in Louisville in September that I plan on attending, but I would like to get some seat time in before then.

I wheeled it out into the sun to see all my imperfections in the light and snagged a few glamour shots. No where near perfect or museum worthy, but I did sit on it for about 20 minutes making engine noises and felt pretty satisfied - albeit incredibly uncomfortable ;D 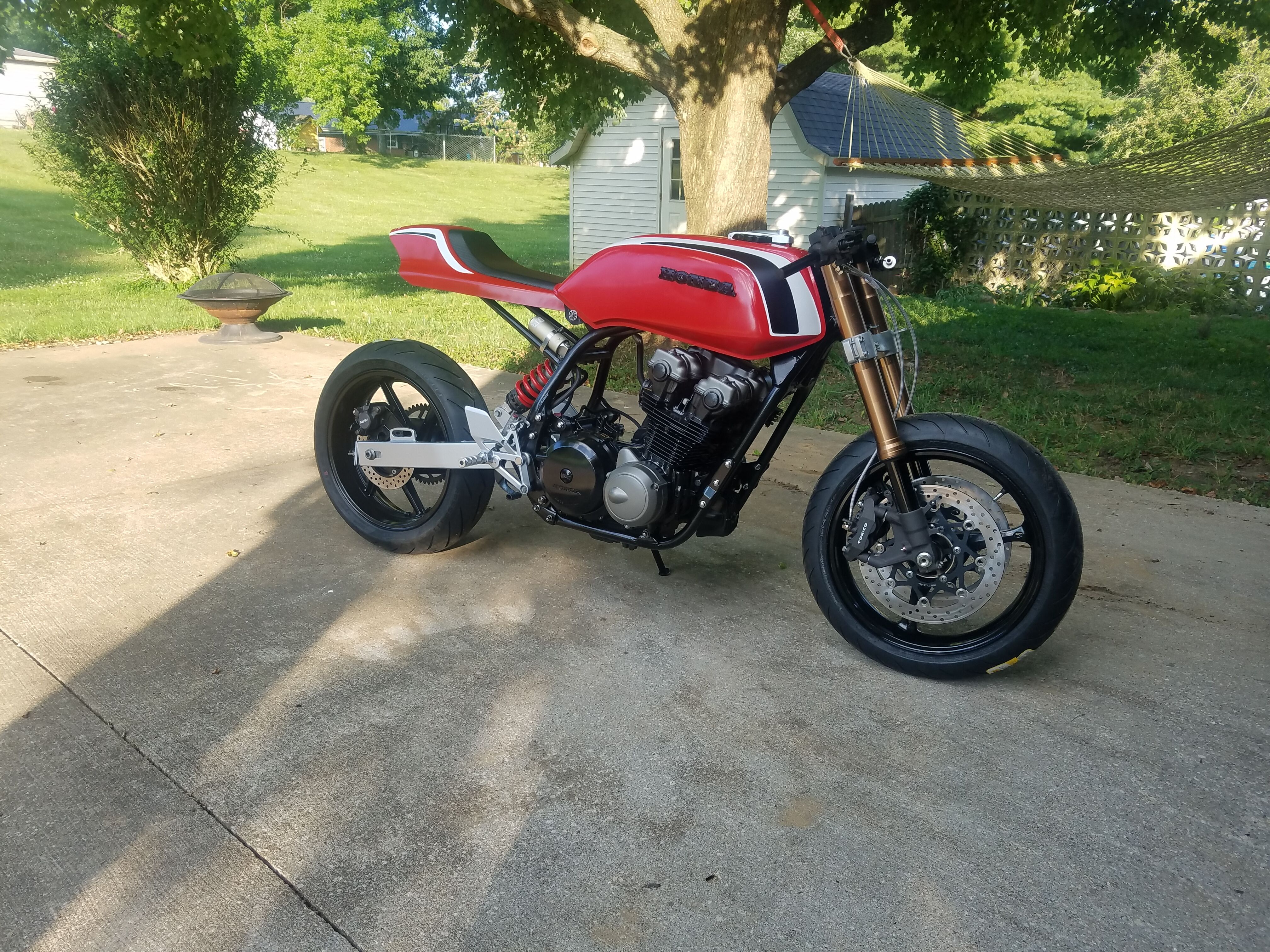 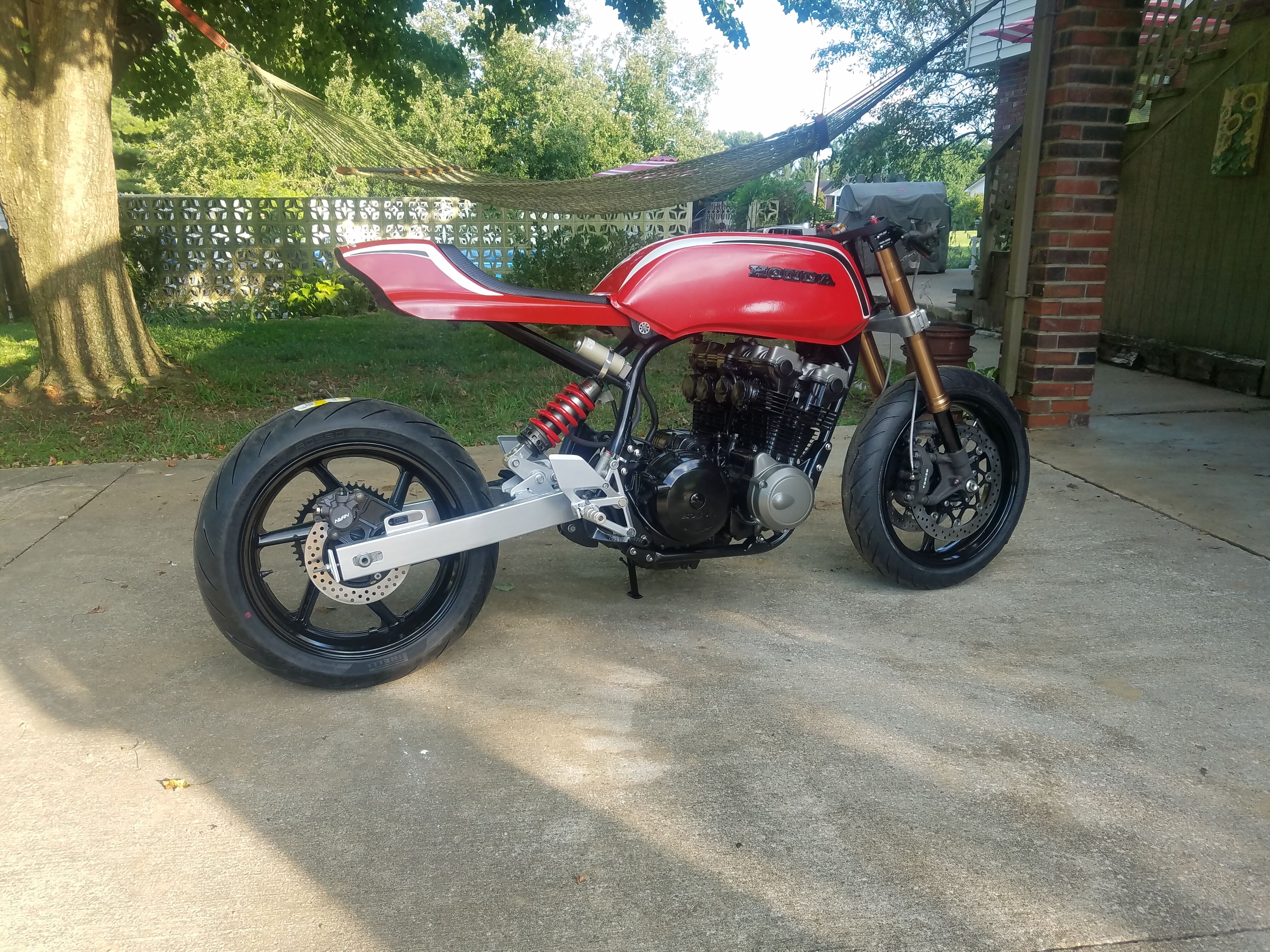 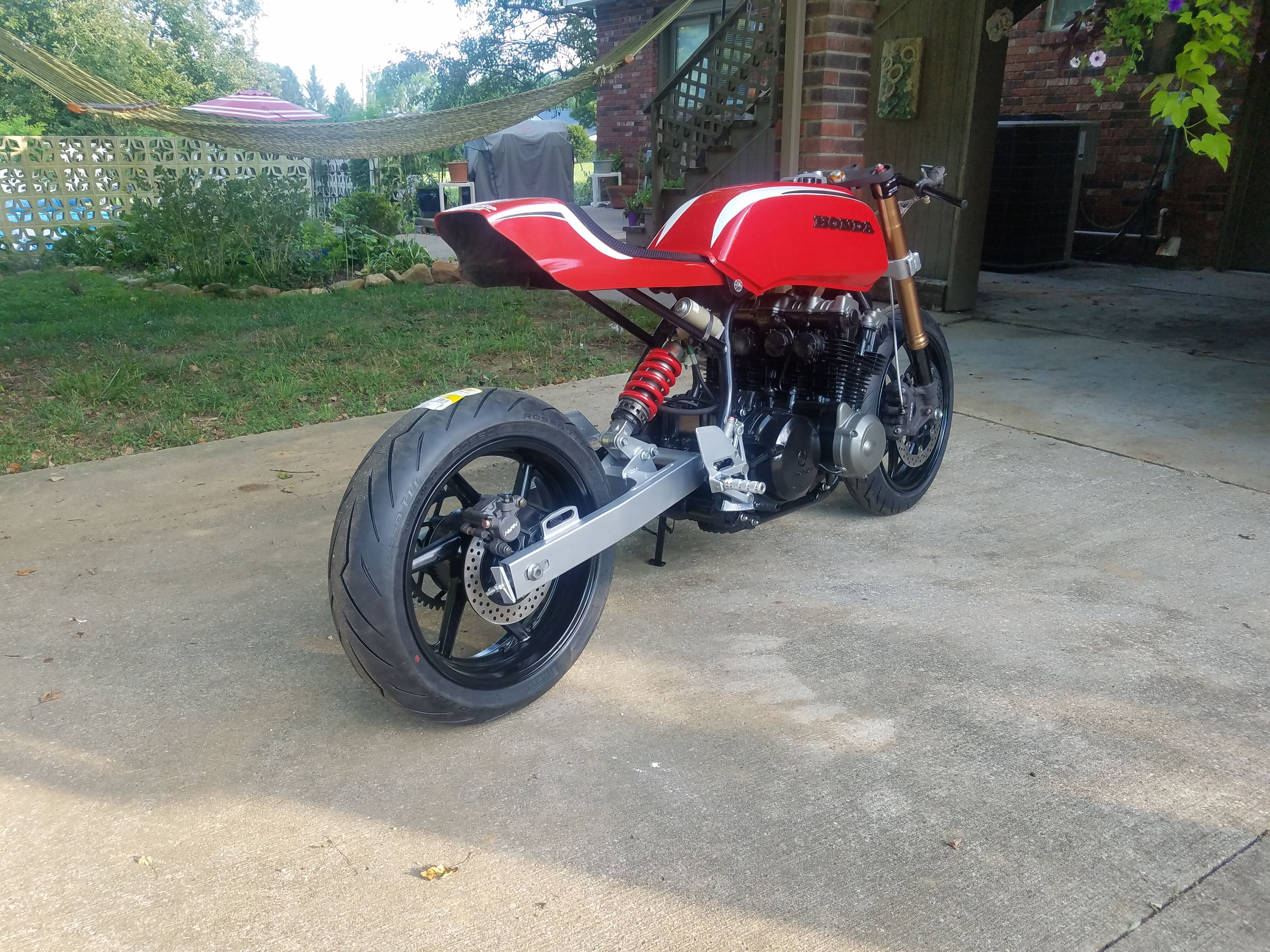 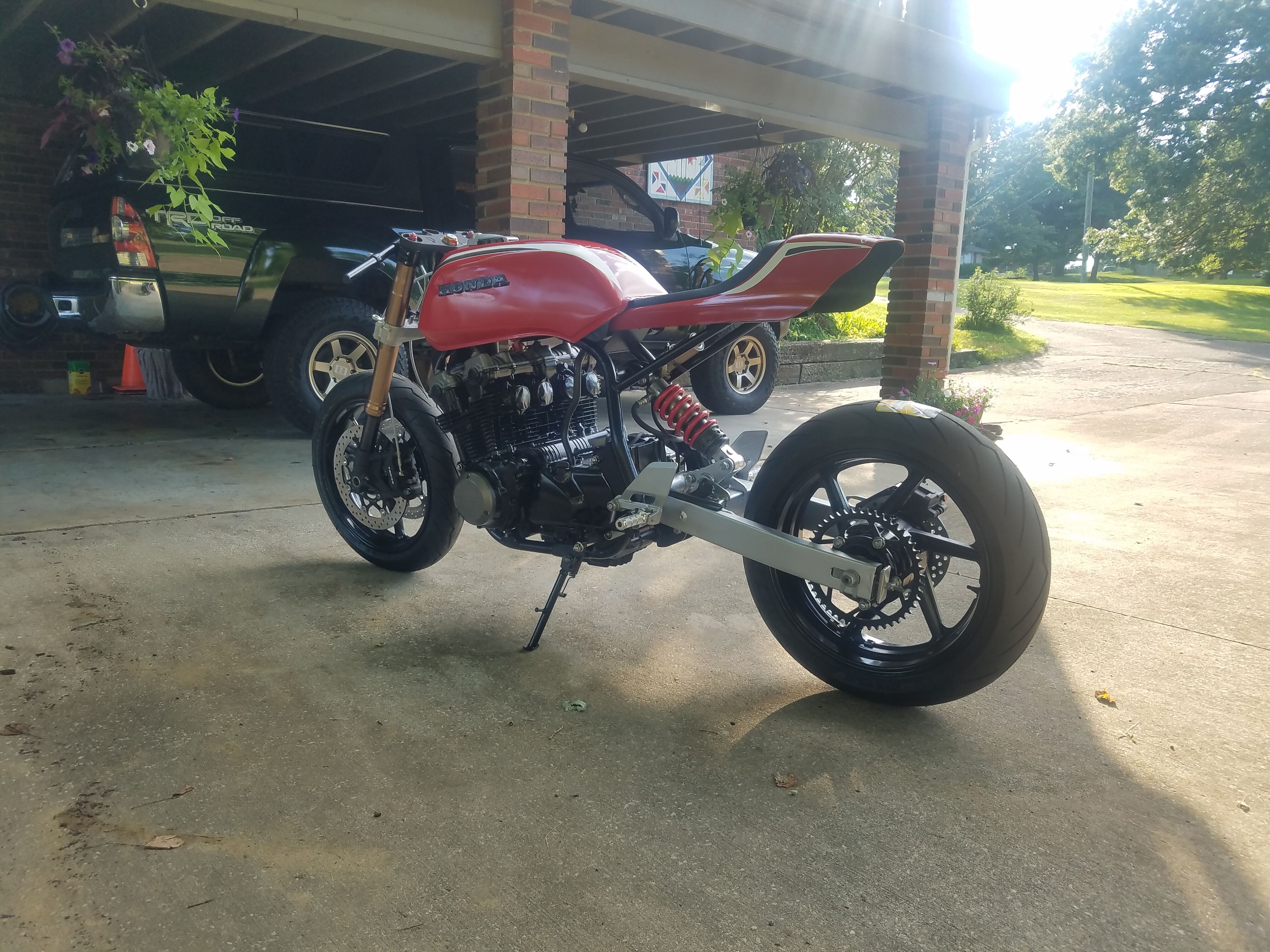 Just for S&G you should try to make it down to Stearns this Saturday for the Moonshiner's Run show. Sounds like they will have a great turn-out this year.

Sent from my SM-G892A using Tapatalk

DTT BOTM WINNER
I can't believe how quickly 2 months has passed. This summer has been filled with just about everything other than motorcycle building. I'm not sure if it's a lack of attention, or too much attention, that often finds me jumping from project to project. I rebuilt and wired an outdoor shop, remodeled a kitchen (farmhouse sink, cabinets, tile), dusted off the ol' 4 string fender, did some dirtbike riding, travelling ,concerts, and a whole heaping lot of farming. Something about making hay when the sun shines? A very busy/full summer but I'm ready to finish this thing.

Some quick highlights before getting back to business: 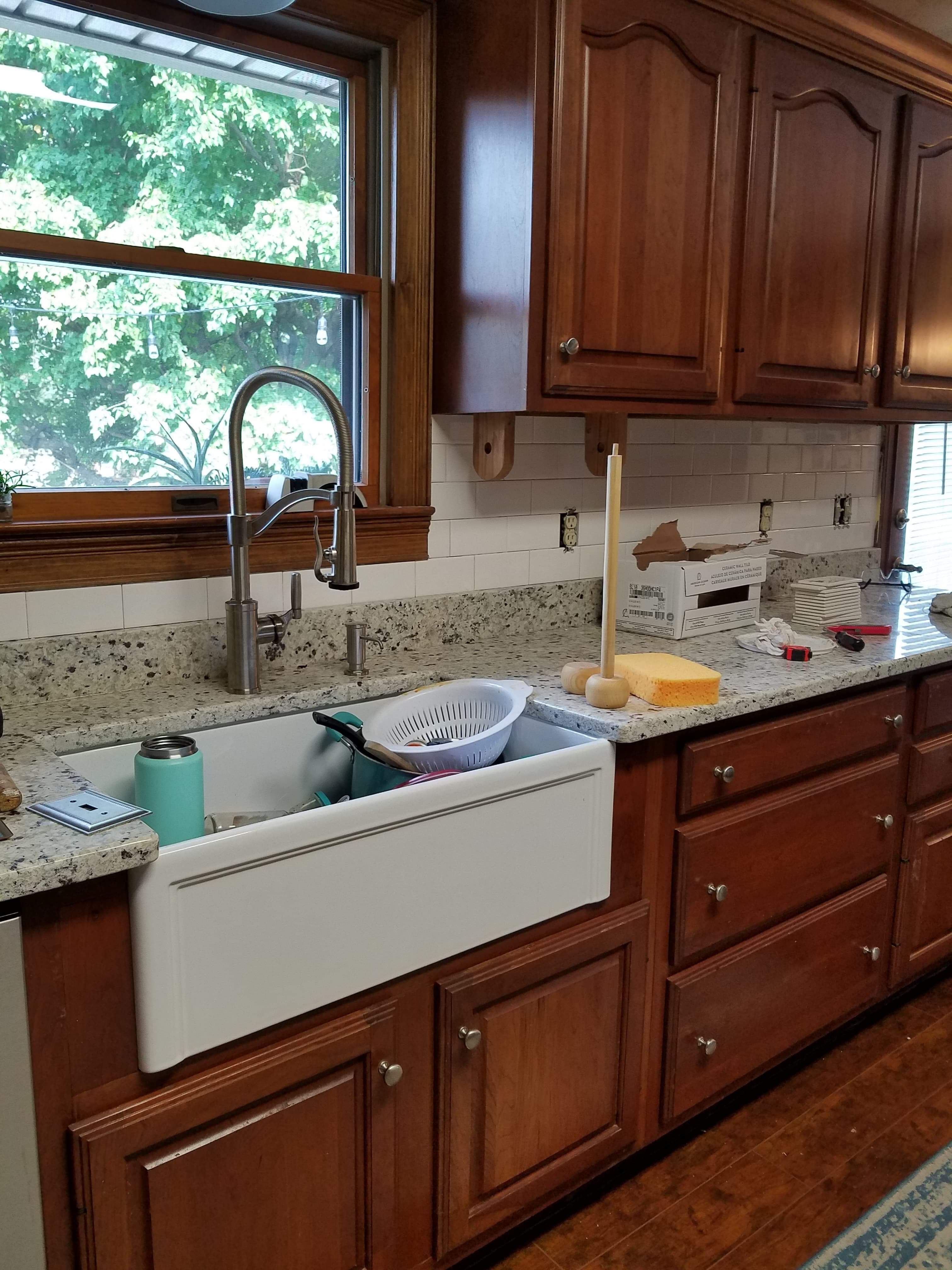 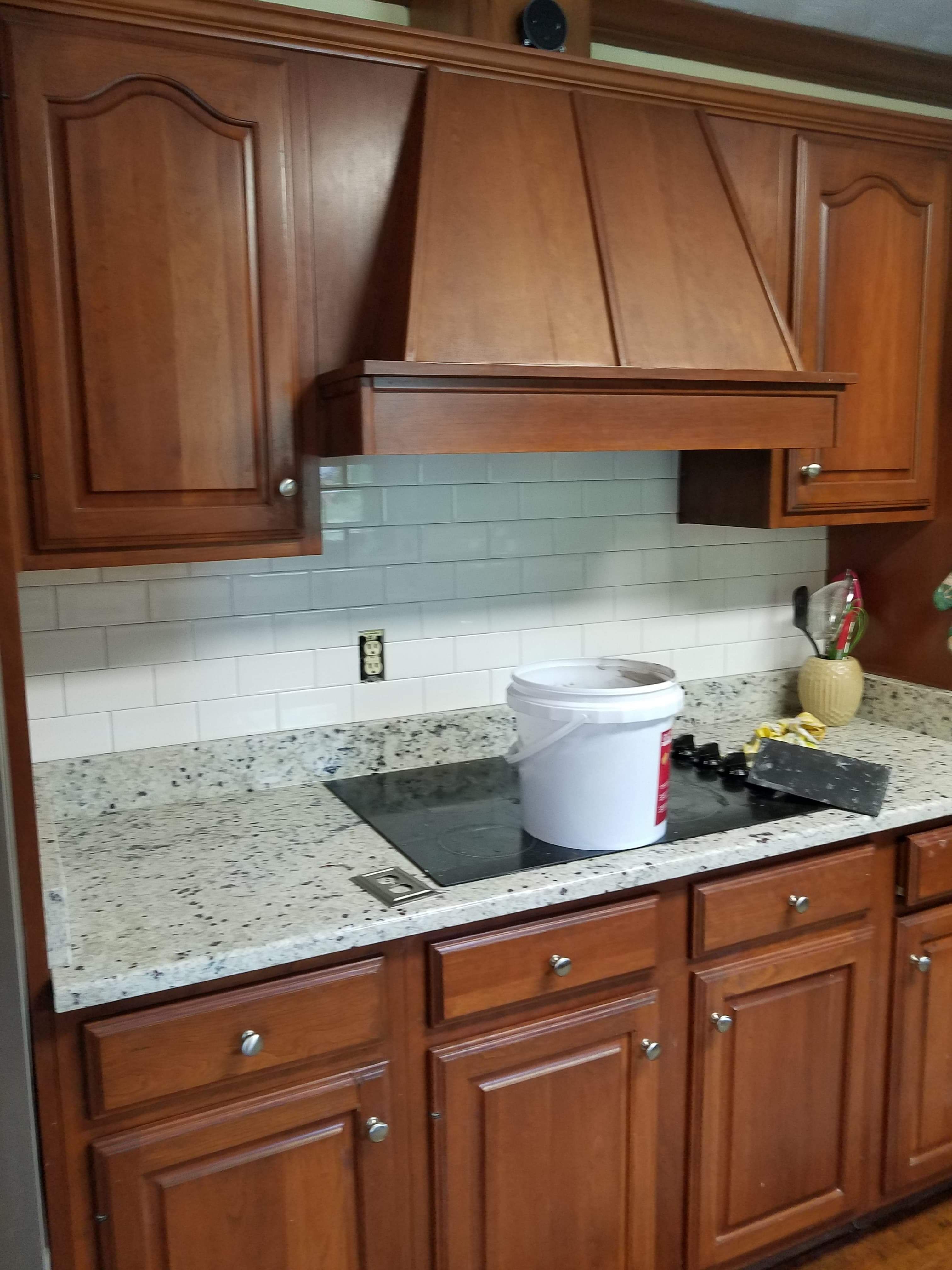 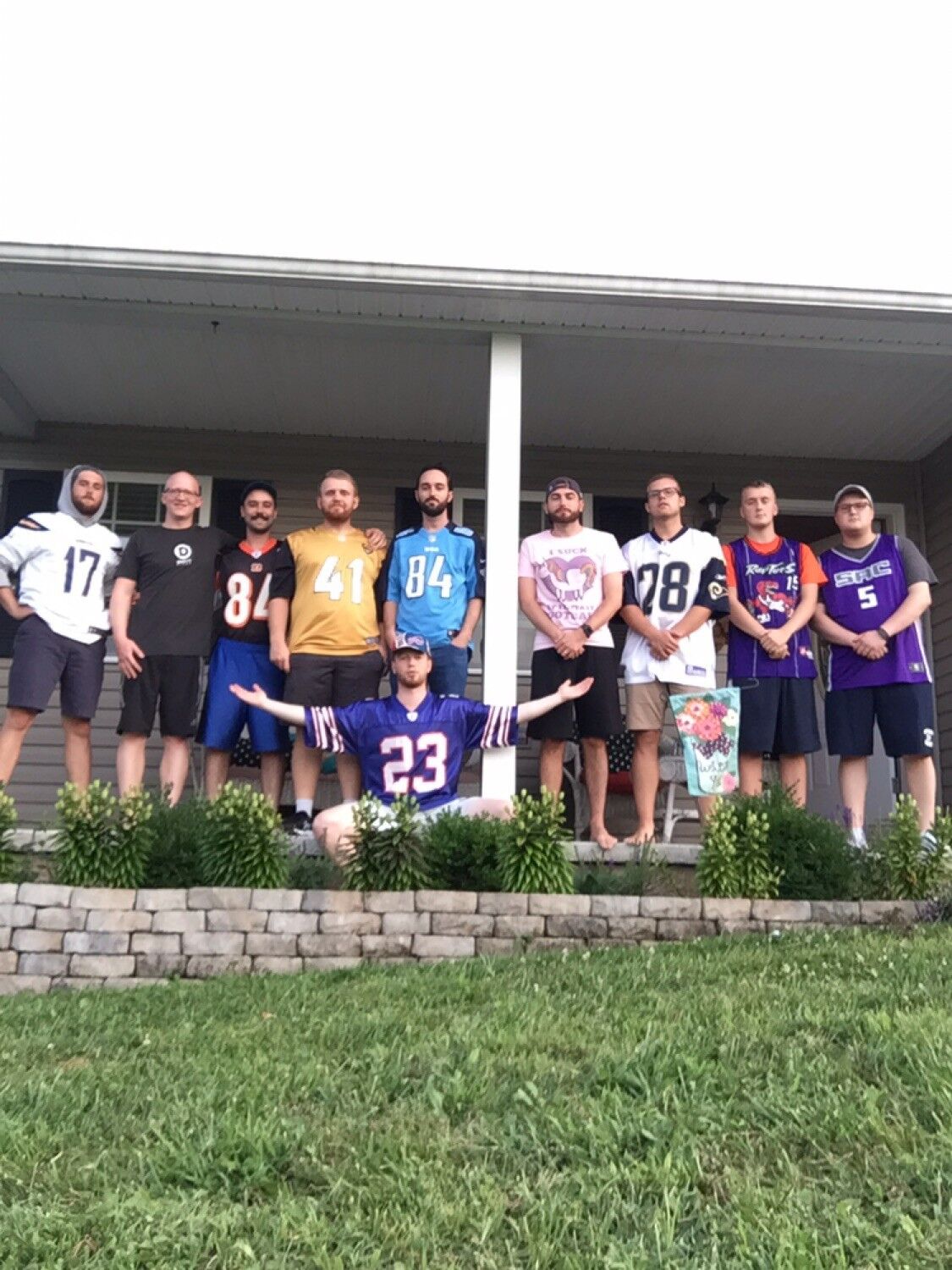 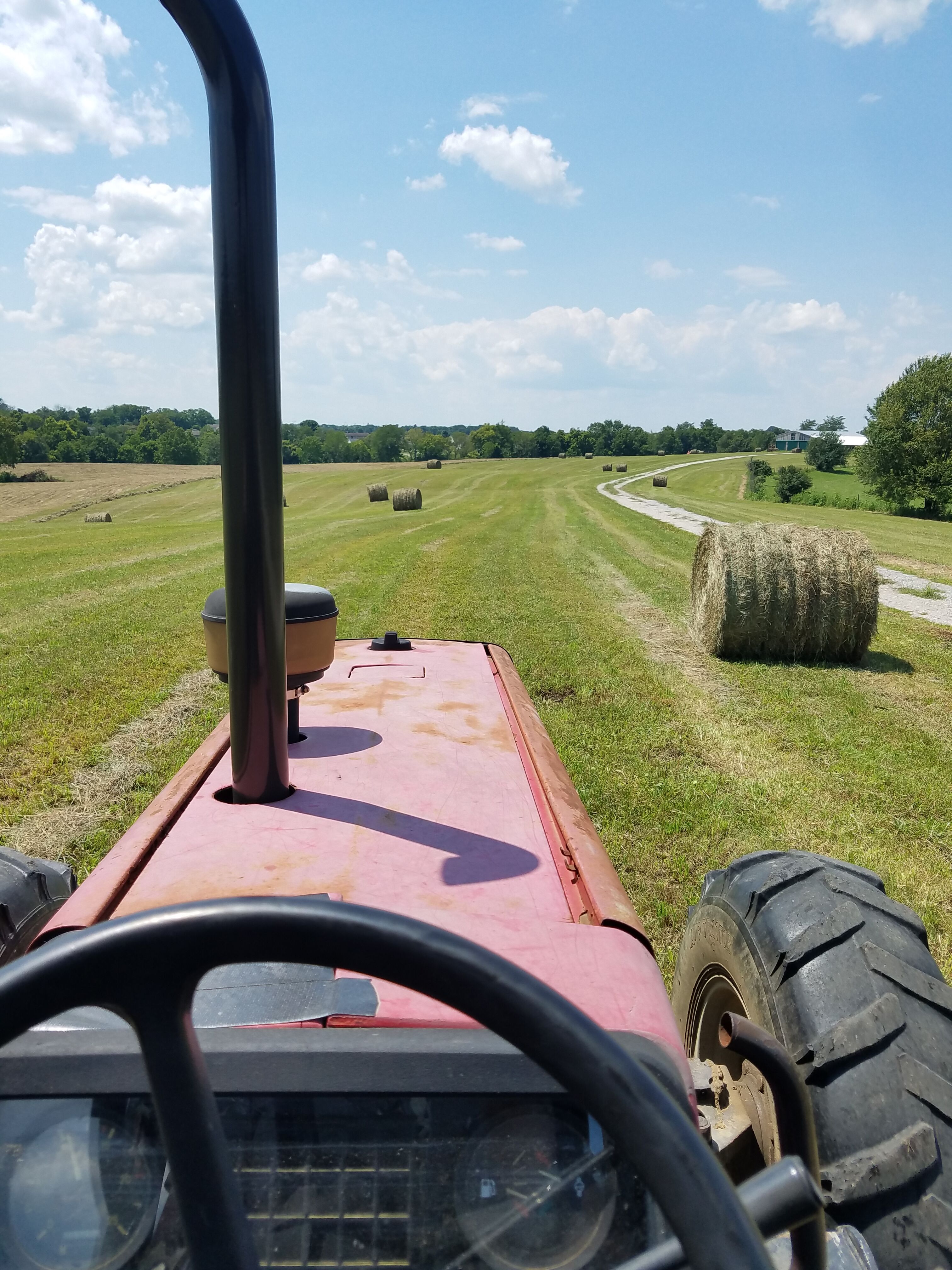 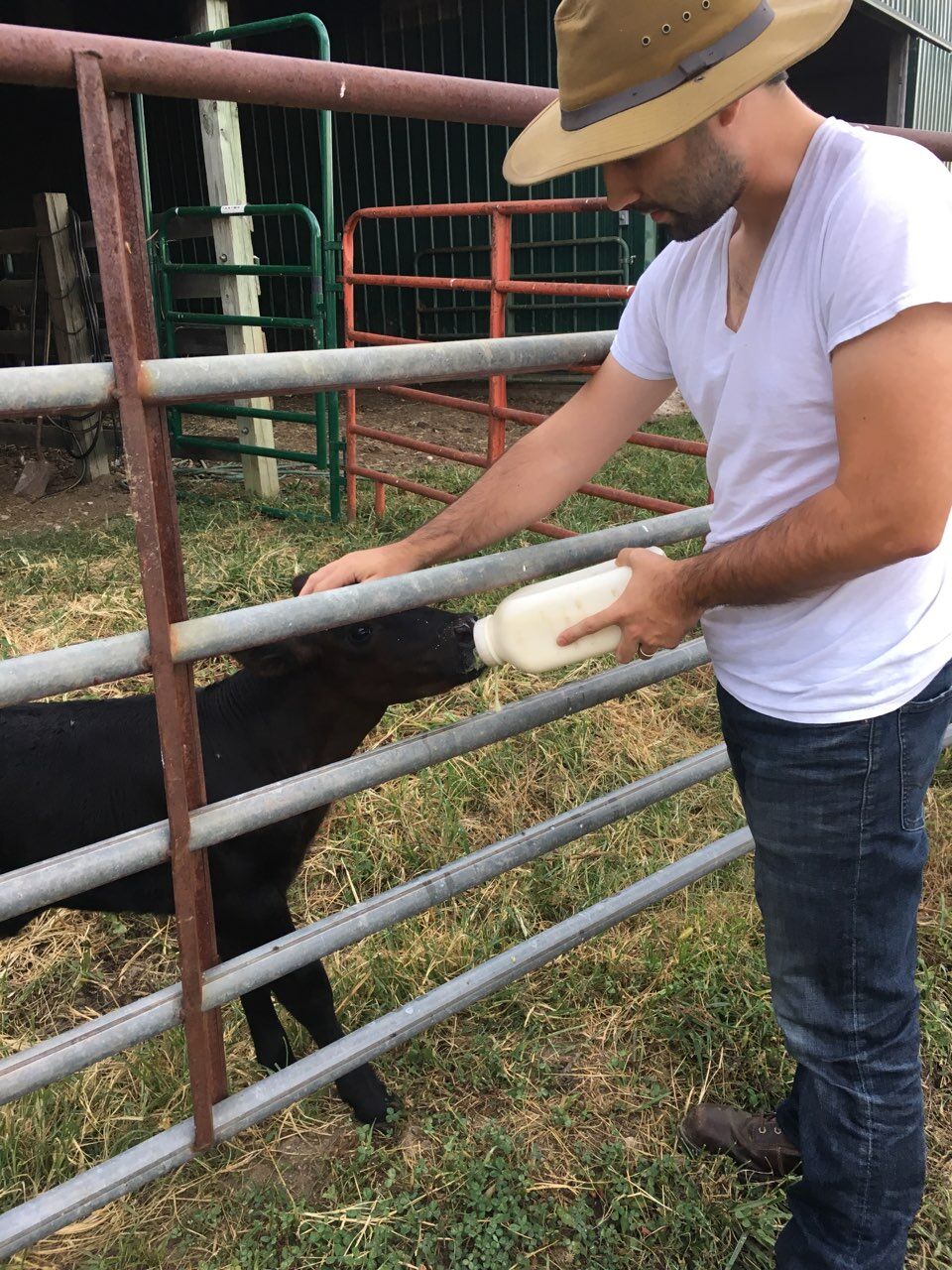 (My childhood home/stomping grounds in EKY. Virtually unlimited free/unobstructed riding. I had it made and never realized it) 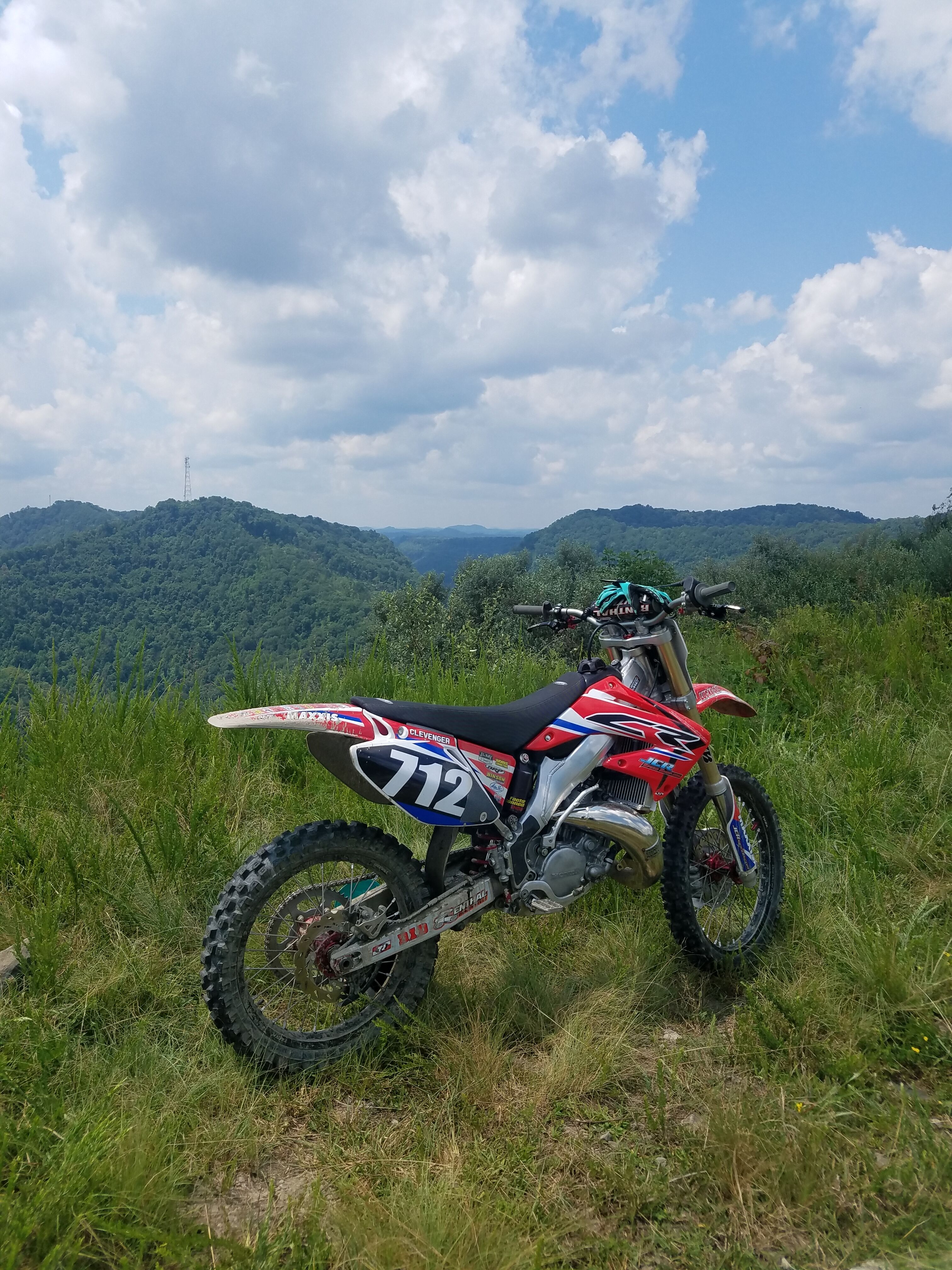 DTT BOTM WINNER
The big show we go to is at the end of September, but there's a few little hometown, mostly car, shows I'd like to hit before then. The first is 9/6, which gave me a solid week and a half to finish this thing up. No big deal, just some loose ends left. I stuck a very small decal on the back of the seat and then slightly lifted the corner to adjust it. Somehow, the crazy strong, epoxy based, lung disease causing tractor paint lifted up from the primer like it was never attached. I don't know if they just didn't work together, or I did something wrong (most likely) but it was ruined. 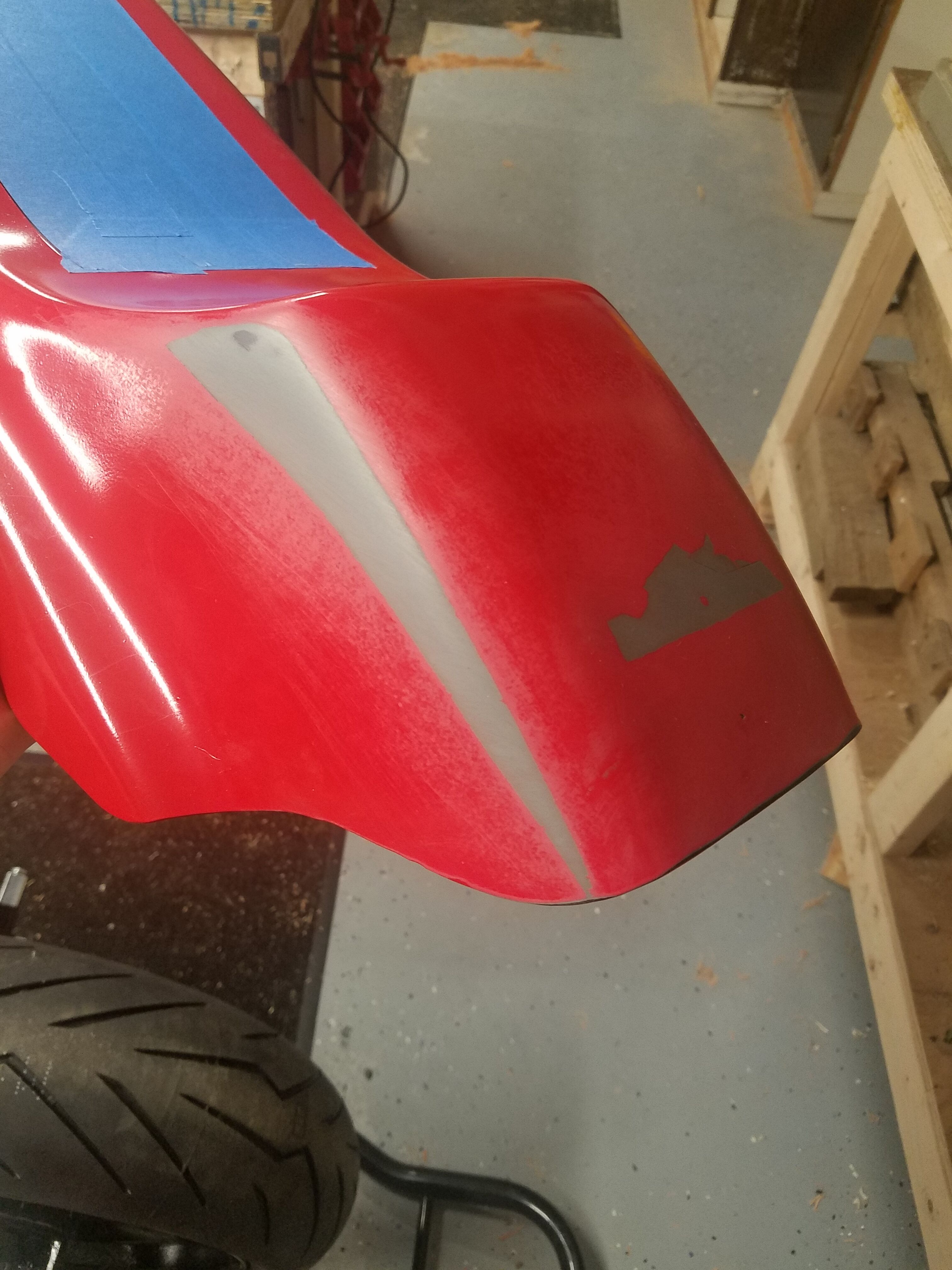 To try and cheer myself up, I started to bolt on some of the goodies I've been collecting the past few months. I took a gamble on a (probably) made in China carbon fiber fender. Like anything molded, it took some squeezing/twisting to get everything lined up perfect, but it bolted on just fine and I'm extremely impressed with the finish for the price. 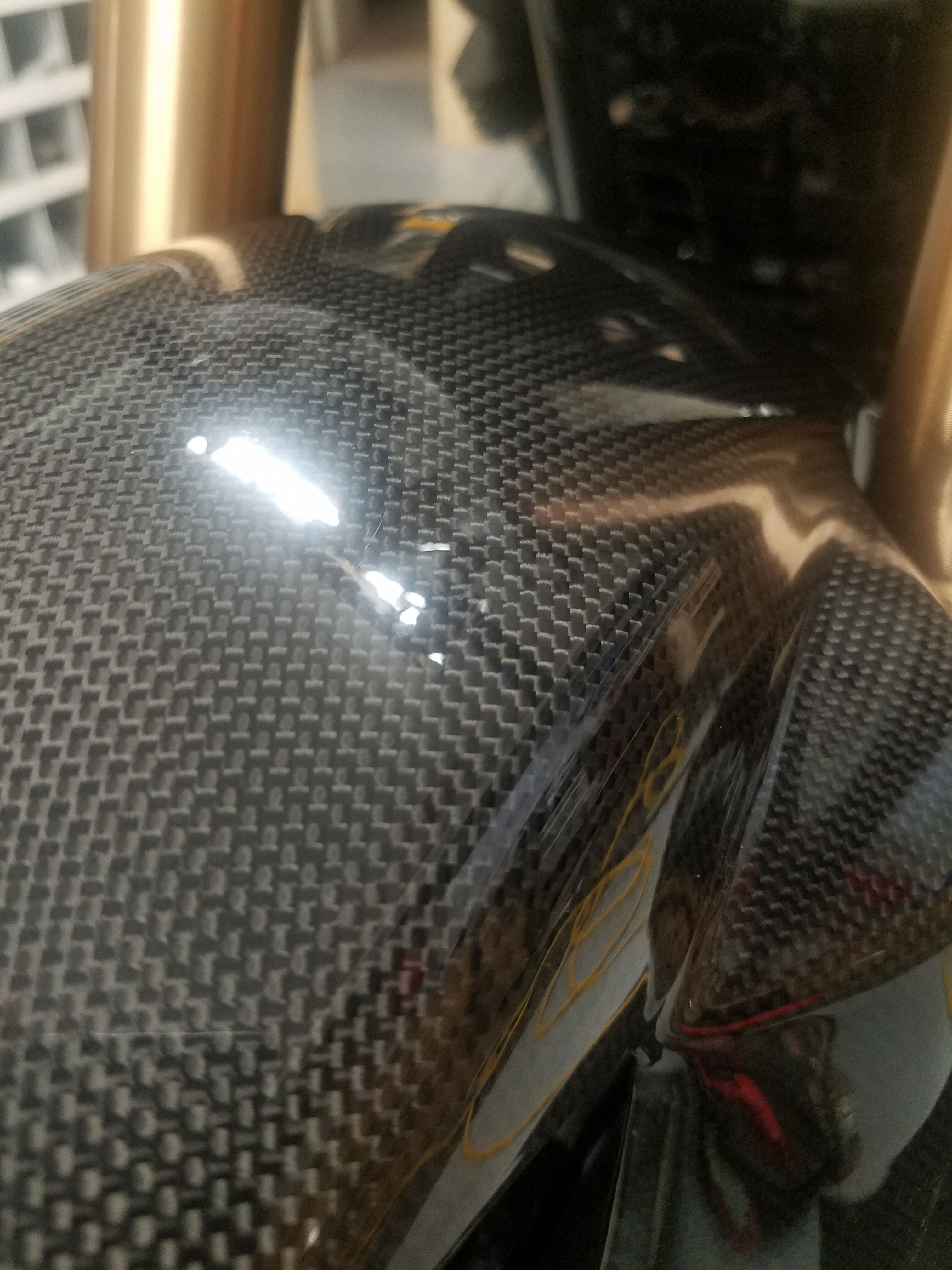 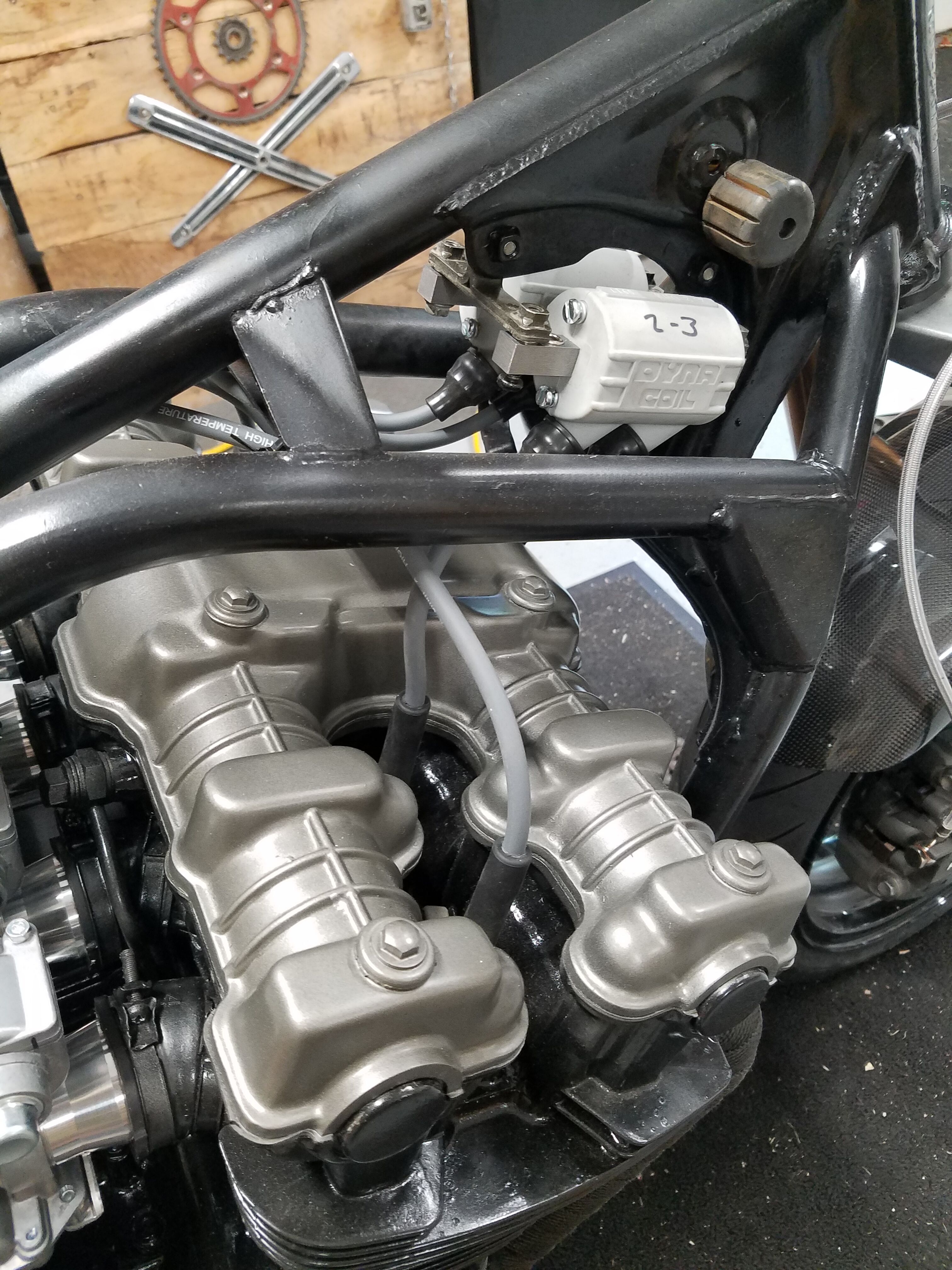 I mounted the R/R on the back side of the battery box. It's not in "direct" airflow, but I'm sure it's still better than being hidden under the seat. I also mounted the Dyna with the knobs facing the rear. This way I can pull of the license plate and make any adjustments without removing the seat 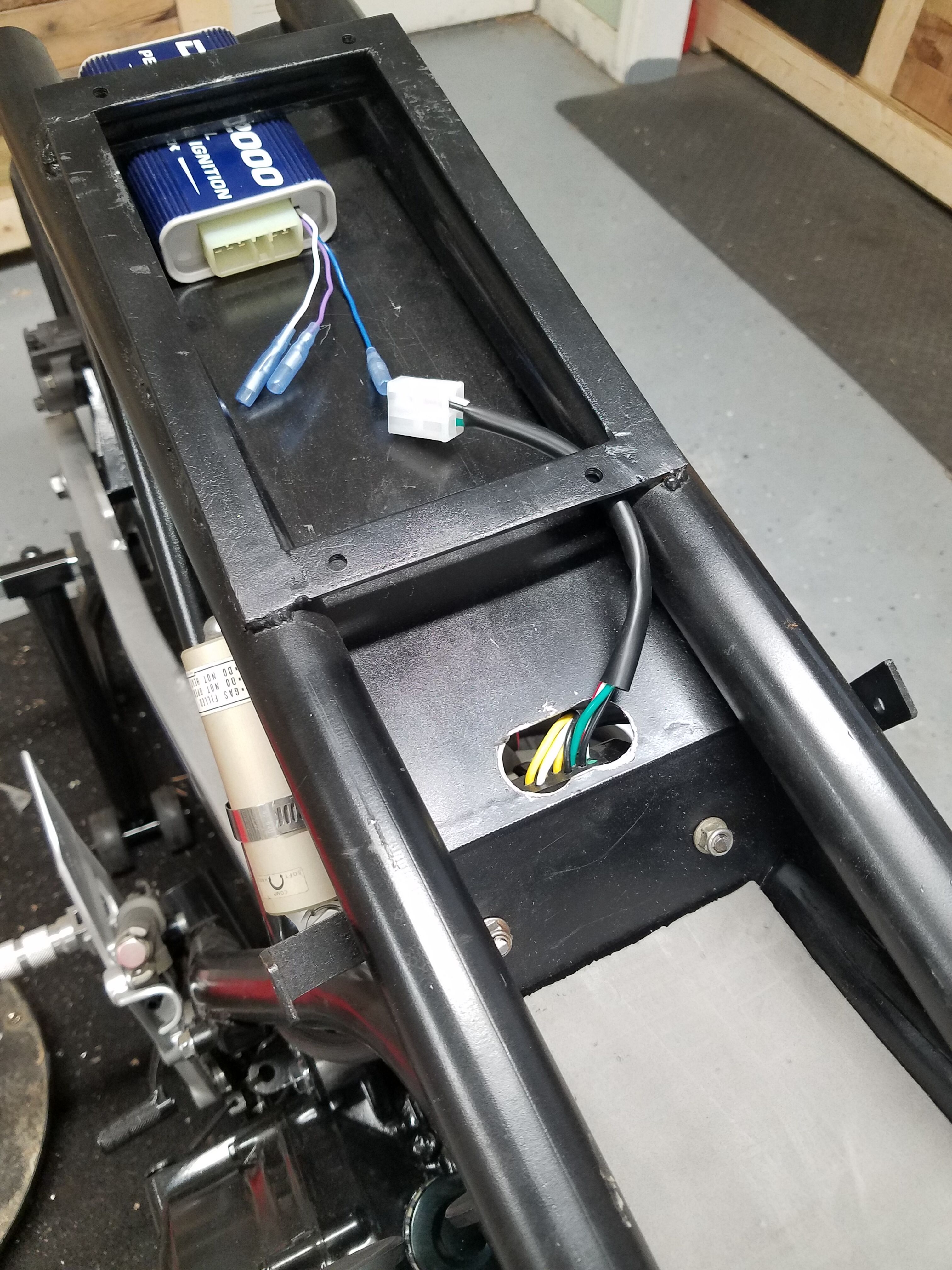 Used a few ratchet straps and finally got these beauties mounted 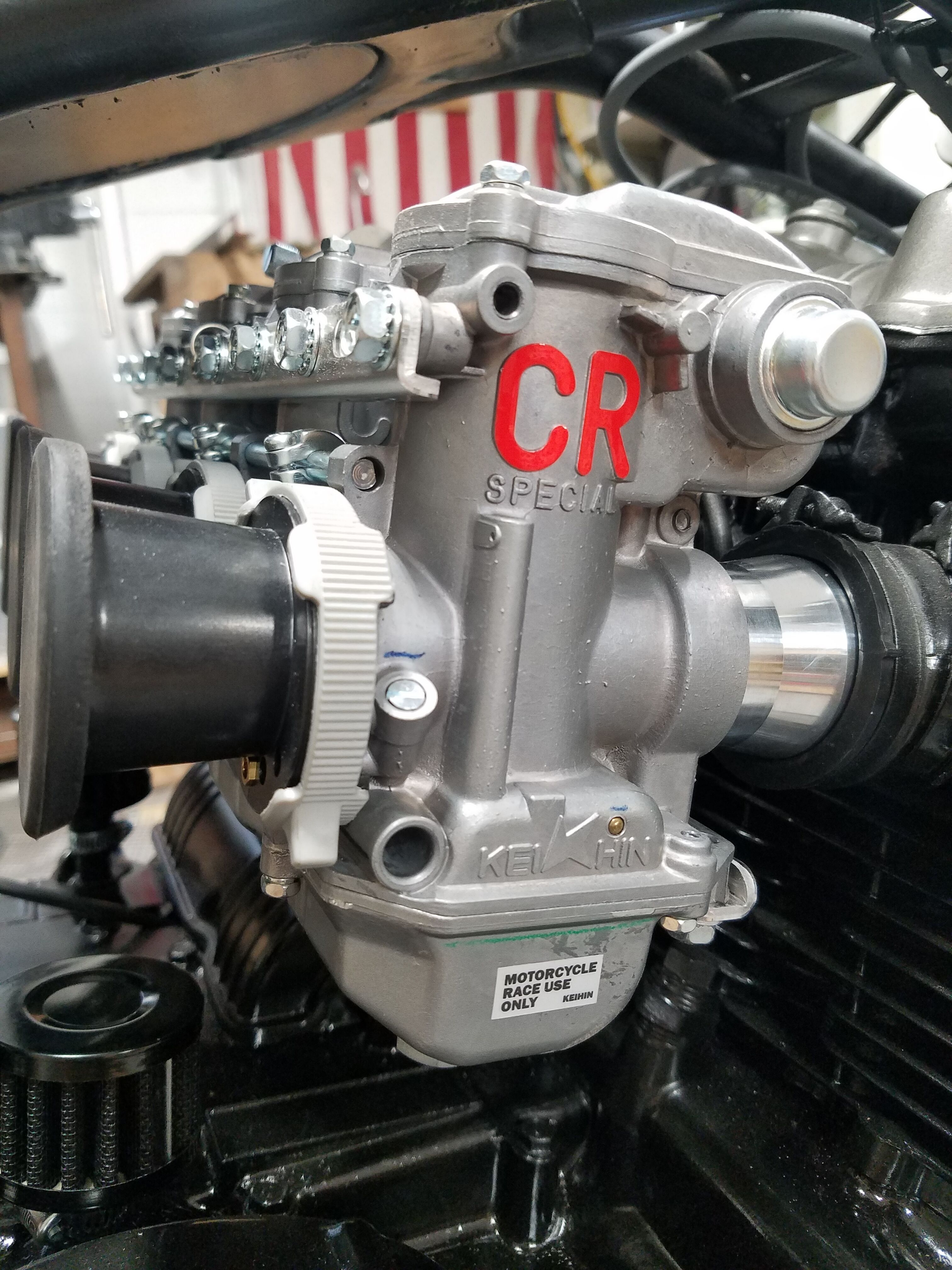 The headers on the bike were in pretty good shape. I doused them with exhaust paint and wrapped them in the good stuff. I decided against using the muffler I had bought. I know this will be insanely loud, so I plan on sticking a universal 2.5" baffle in the end once I get it running/tuning. 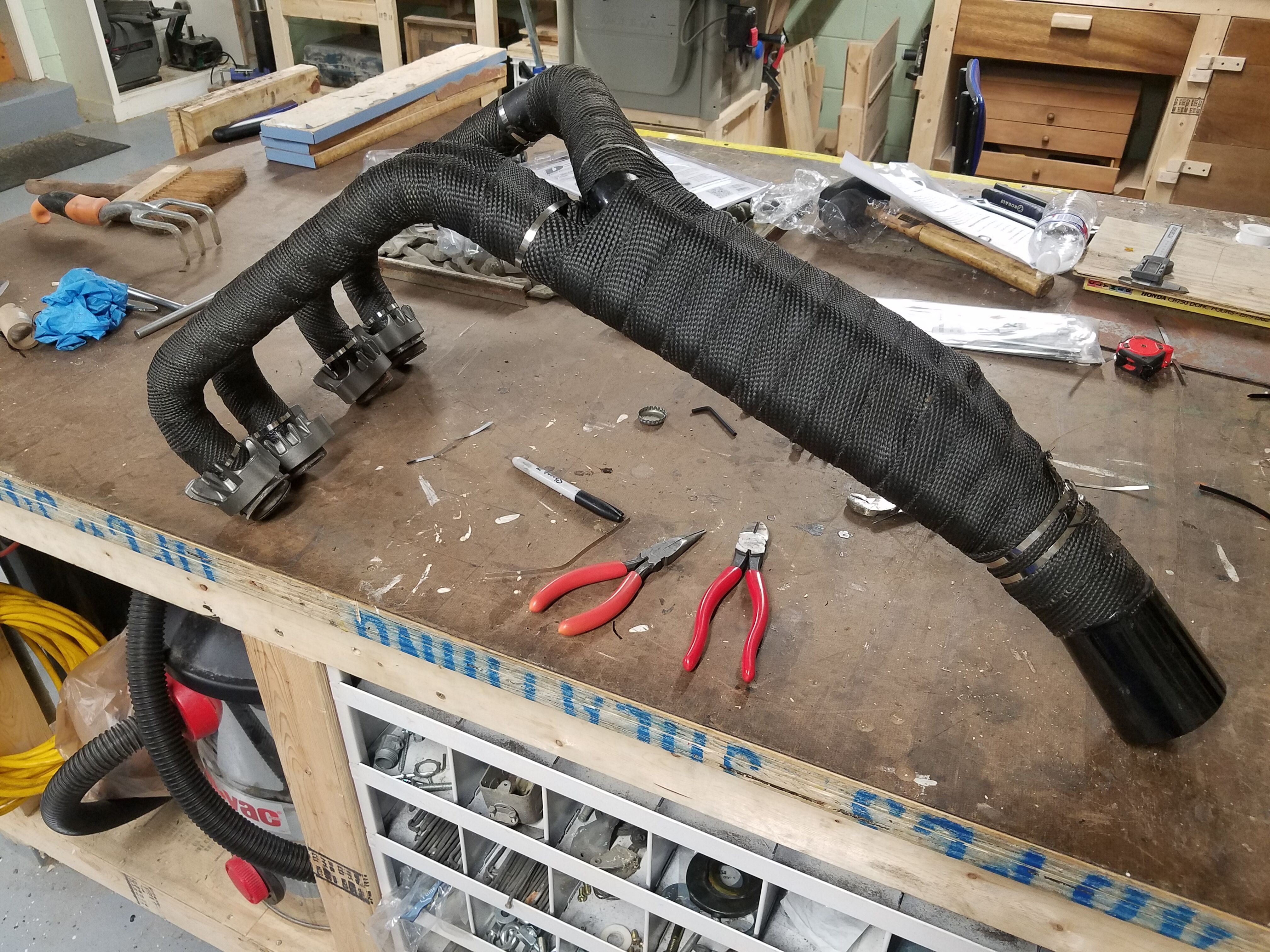 Mostly bolted together, loving the look so far. 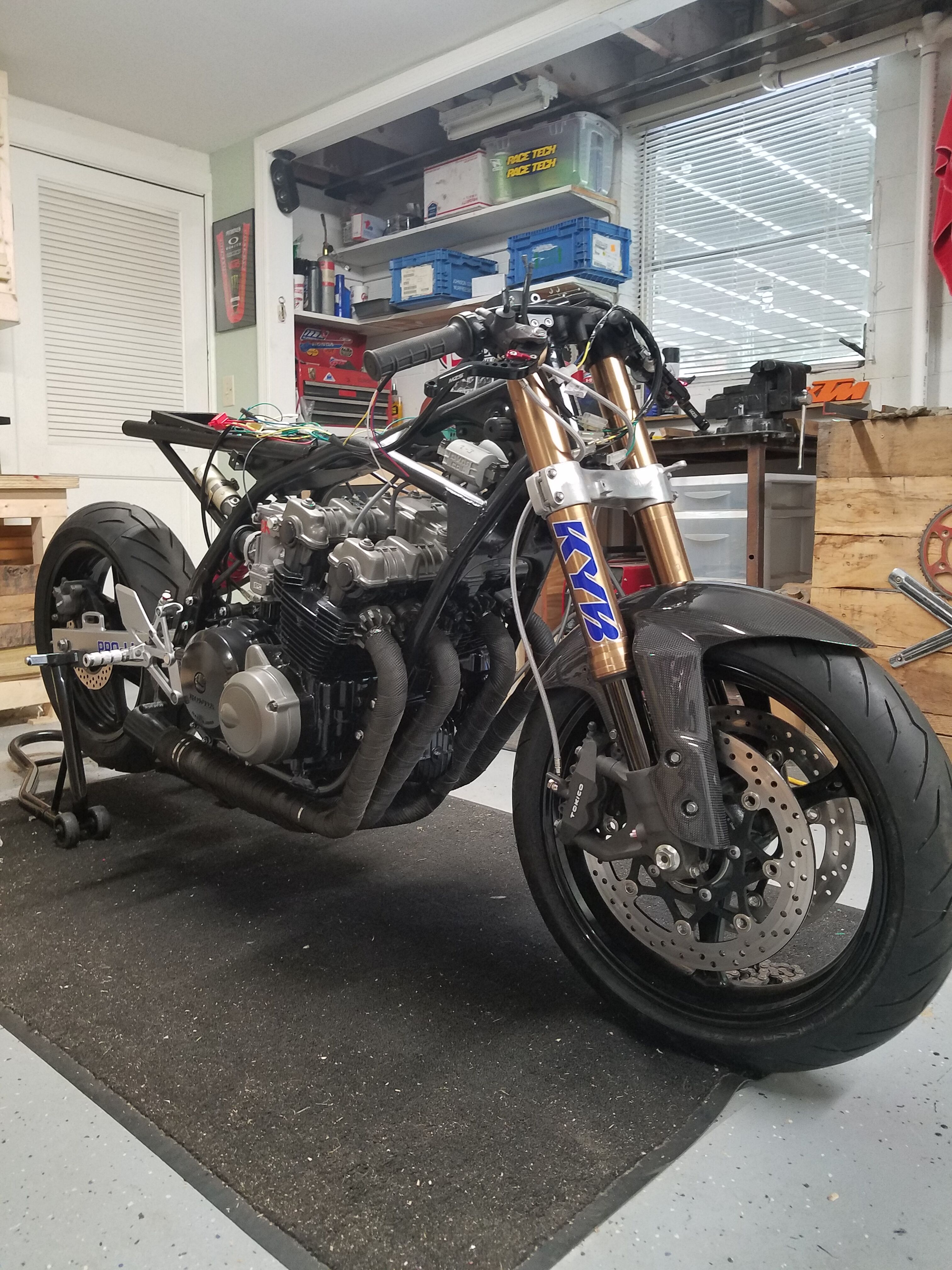 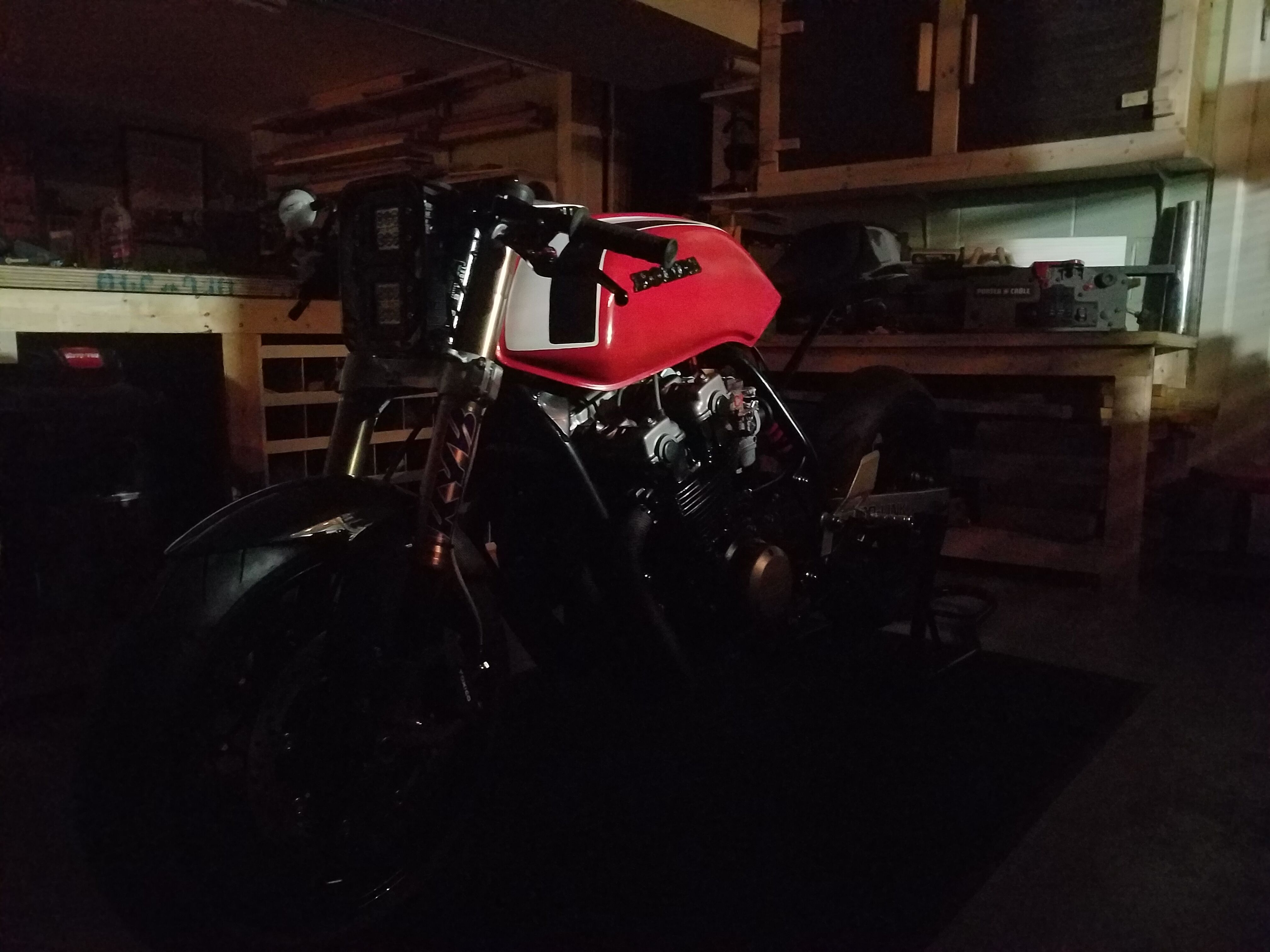 DTT BOTM WINNER
Hang on a minute. Dyna coils, dyna ignition module, Keihin CR carbs and then you decide to not bother with half the exhaust. WTF mate?

I'm just bustin your chops, but seriously the exhaust on those things can make a huge difference to power and where it makes it. I recall a few different back to back tests on exhaust on those bikes back in the day and anything less than ideal made lots of noise but lost power.

As for wrapping exhausts, the less said the better ;-)

DTT BOTM WINNER
Yea it's definitely not the ideal setup. It's also not the last iteration either, as I'm sure we all know from experience.

I've had so many different ideas with the exhaust that my mindset now is just "get it done, worry about that next year". My butt dyno is the only one I'll be using so I'm not too worried about the rabbit hole that is engine tuning. I'm not too picky on anything that won't be raced, as long as it's loud and has any sort of motivation off the line I'll be happy
K

Looking great! I know your gonna have it ready for that show at end of September. Good job on the kitchen remodel too.

Sent from my SM-G892A using Tapatalk

This is crazy, looking the business

DTT BOTM WINNER
I've realized two things over the last week; 1. this bike will never be "finished" and 2. this bike is definitely not a "tracker".

Oh well, I'm counting it as a success. A lot of crazy stuff happened along the way, but at the end of the 11 months, I have something I'm pretty proud of. At best, it's a DIY/homemade/hillbilly garage build. The paint came from an $8 can, the vinyl is all handcut and it shows, but every single cut, weld, grind, and mistake was made by one of my two hands. It'll probably never win a trophy, and the only museum it will be parked in is in the basement of my house, but damnit, I love this thing.

The chain and a few cables are in the mail, but I hauled it down to our little Main Street America night market car show this weekend. I spent a solid 3 hours talking to older guys who reminisced of having one when they were new, and high fiving younger boys who couldn't help but twist the throttle and yell to show their parents. If I could bring back some good ol memories or inspire a kid to ruin something to make it their own, I'll be pretty happy.

I'll get some better photos in the coming weeks, but here are some quick shots over the weekend. Thanks for coming along for the ride and letting me hangout in what turned out to be the completely wrong sub forum. To be fair, I have no idea what to classify this contraption as anyway. 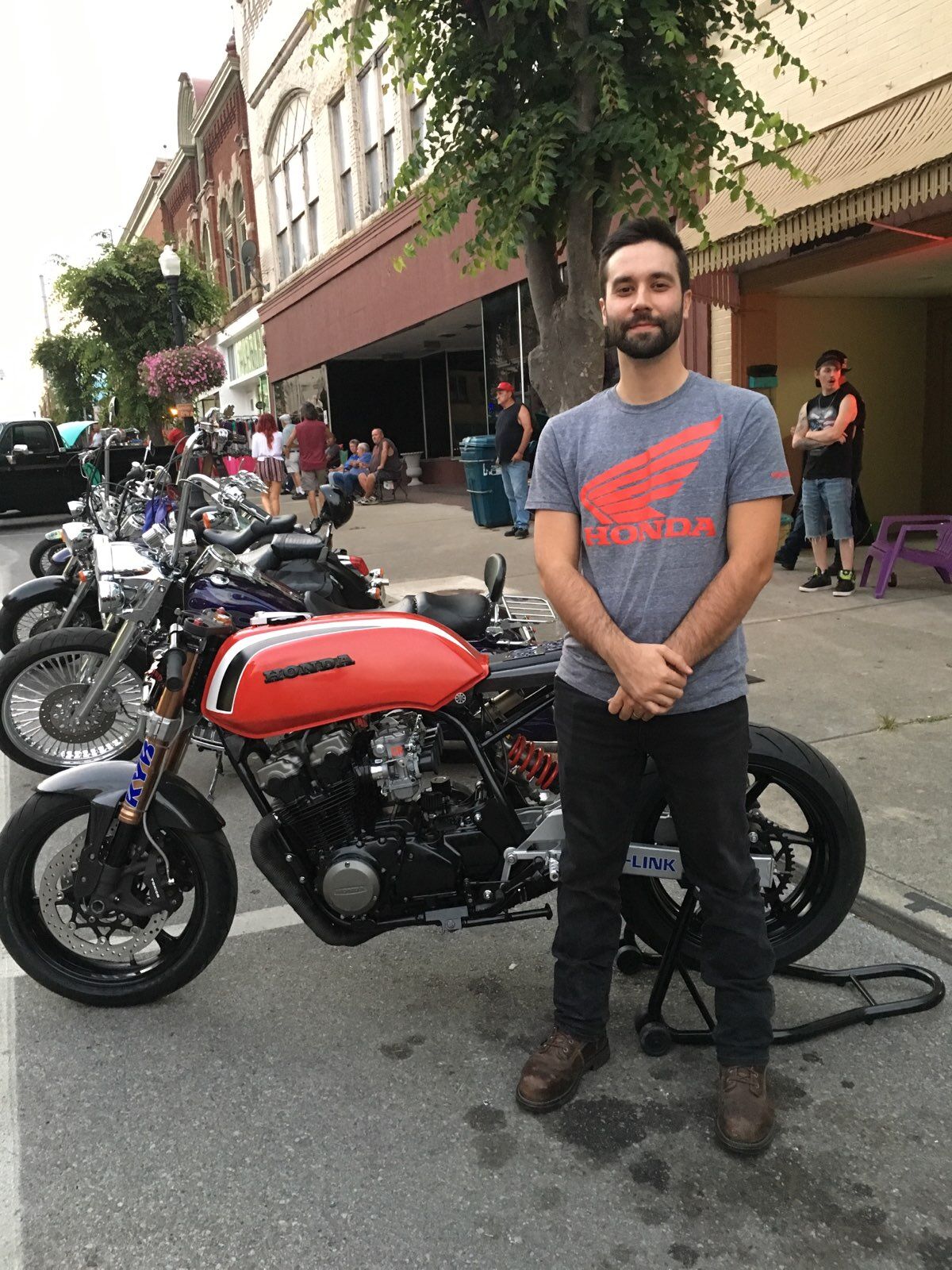 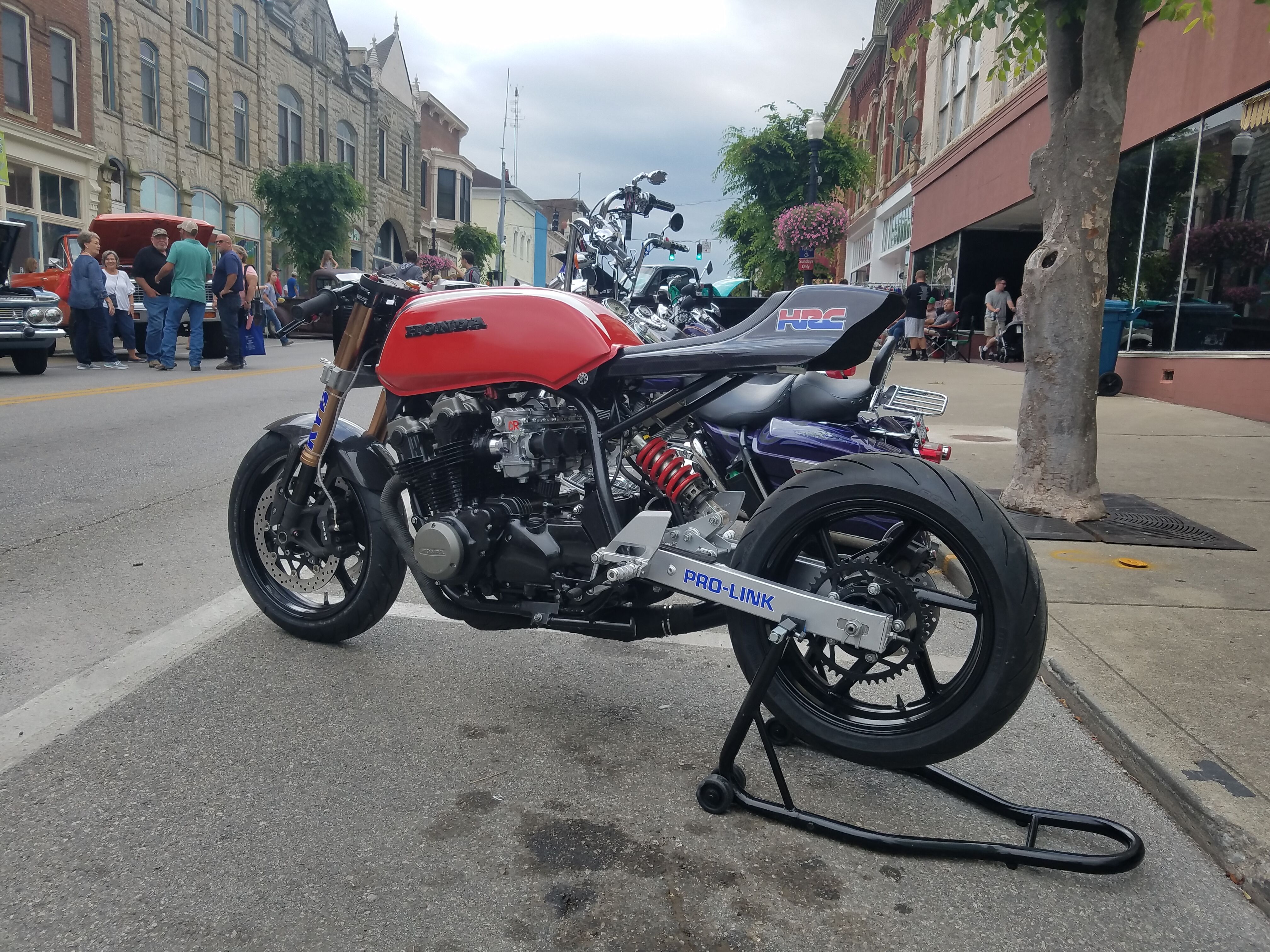 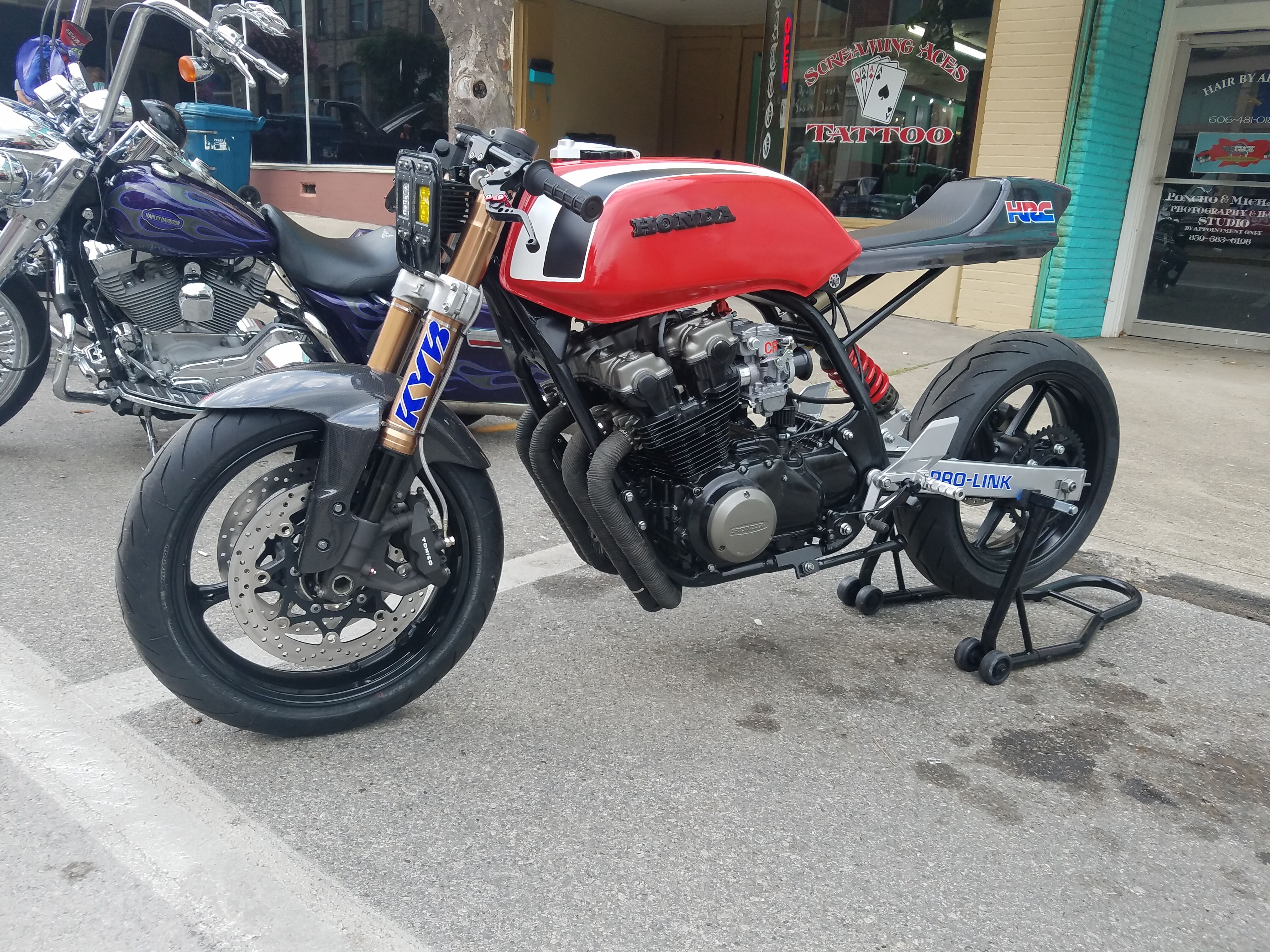 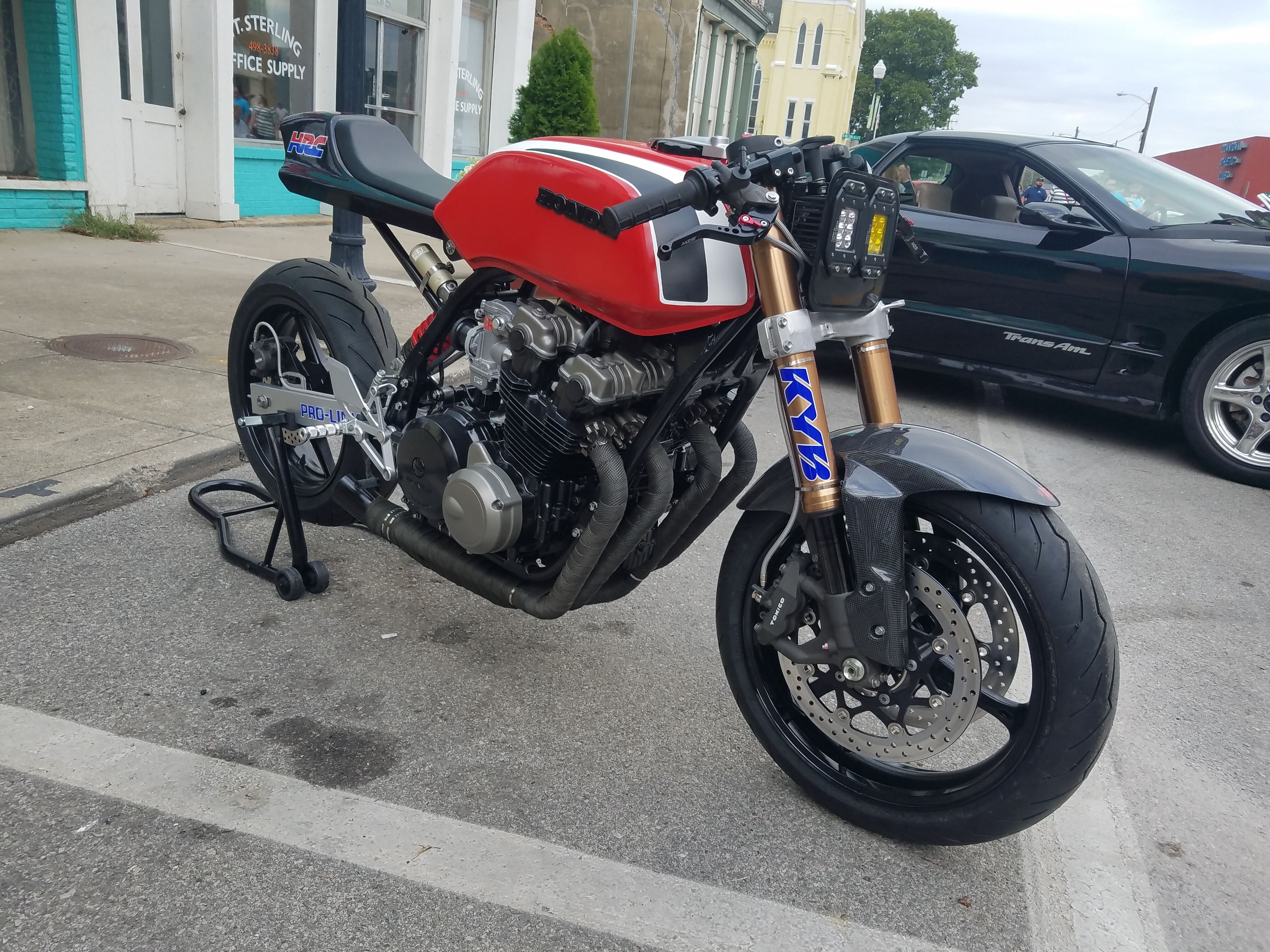 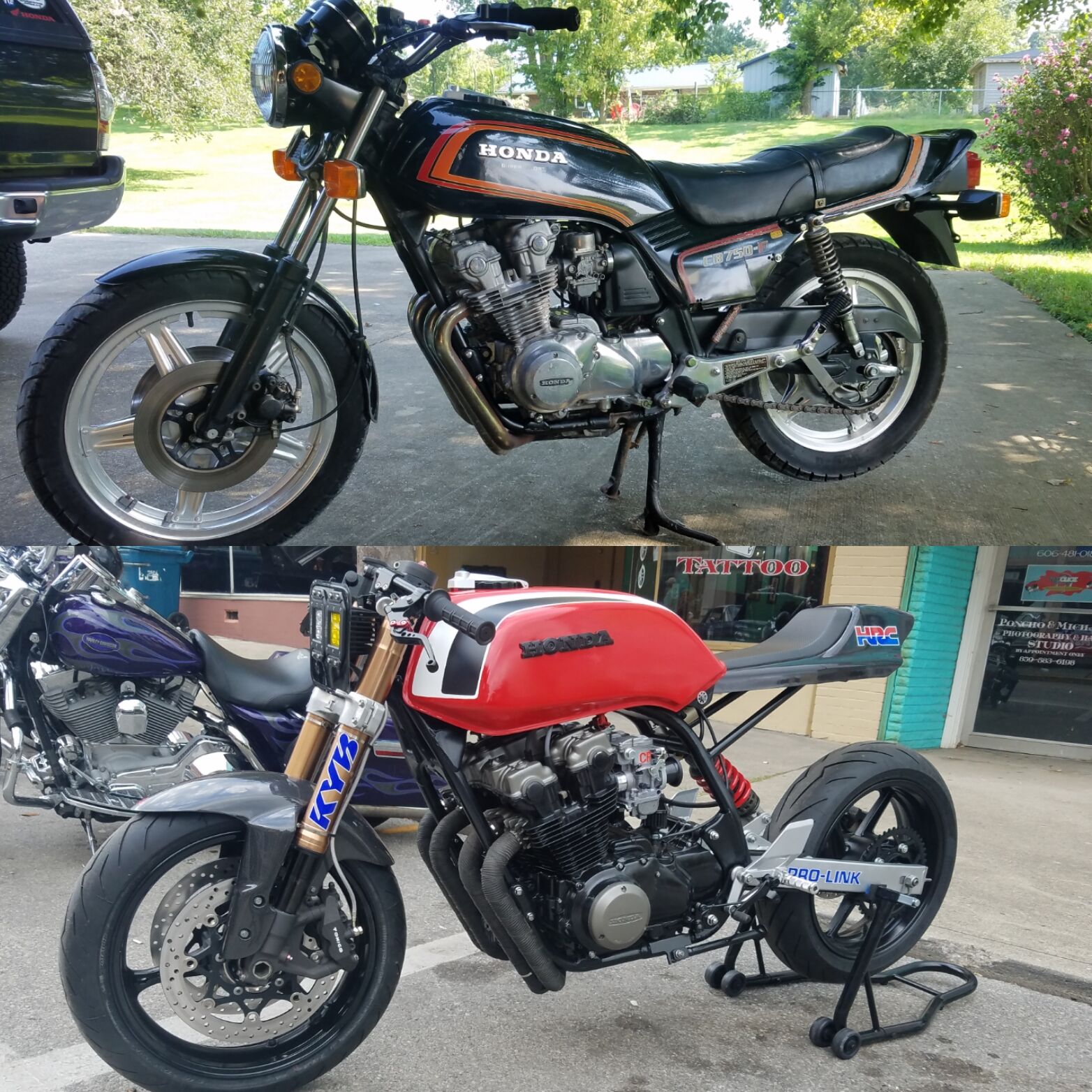 The best we can do is the best we can do, and sometimes it is better than we realize. If you are happy, then you've pleased the most important judge! Personally, I think it looks great!

BTW, the rat bike CB750F that I did last winter is in Georgetown, now. Keep an eye out for it!
K

Its been great following you with with your build ! You definitely inspired me in my own projects. Your bike turn out really cool! Best of all , you've built it out of your own vision, blood sweet and probably a few beers!

Finish it and enjoy it.


Sent from my SM-G892A using Tapatalk

Congratulations enjoy riding that beast I love it