Was posting in my member intro thread, but I guess I should move over here! I'll get caught up with the first post. Big time cyclist (road and mountain bike) and always thought it would be cool to throttle on some of these roads I live on, instead of pedal. I sold one of my bicycles I didn't ride that much and bought this 92 Nighthawk CB750 for $1200 that"just needed plugs and a battery". I don't even have my motorcycle license yet, so I figured I would get this thing all cleaned up and road worthy over the winter. I was big into the Honda tuning scene, swapping motors in 90s civics and putting turbo kits on them, so wrenching isn't new to me, just haven't done it in 10 years or so!

Okay, onto some photos. 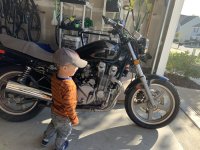 I did all that and it still wouldn't turn over, so I dove straight into the carbs.

Rather daunting at first, but thankfully I only stripped a few screws in the process that I replaced with 3mm allen bolts instead.


While I was waiting for parts I threw the clip ons I purchased on, just because I was tired of the stock handlebars. Premature, I know 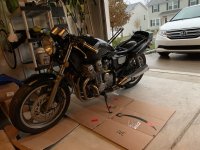 I was able to jump start it and got it to idle well with some starter fluid. I was pretty stoked. The RPMS would rev high on the choke, remove the choke, back to 1100 or so. Everything seems great!

I go to give it some throttle and it starts to bog down. Very confusing. I look over everything again, carbs are getting gas, all my vaccum hoses are connected. I then noticed this slight leak from the petcock. 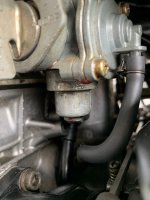 I've suspected something with this the whole time as it always slightly leaked, but it was filling the carbs up with gas, so I didn't think anyhing of it. I took it apart this morning and... 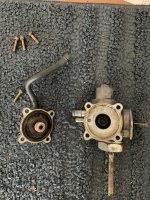 There isn't a spring in here. Which is confusing, because all the things I see on the internet on rebuilding these includes a spring. Why would it be missing?

I took apart the nut on the bottom to see what else was lurking for me to find, just to see this throw up at me when I open it 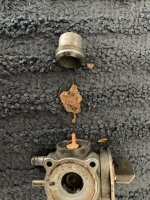 I figured the goop in this area was causing my problem, so I cleaned it quickly and threw it back on, no dice. Actually felt crappier than before. I have a new petcock on order since the rebuild kits I see don't have springs.

So this begs the question, what else could my problem be? I won't have the new one until Wednesday, so my brain will be spinning between now and then!


My only other current plans are to hoop the rear with a new seat and do the fork seals, as this looks rather nasty: 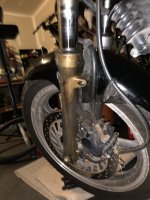 I did get to wheel it out of the garage and take a glamour photo or two... 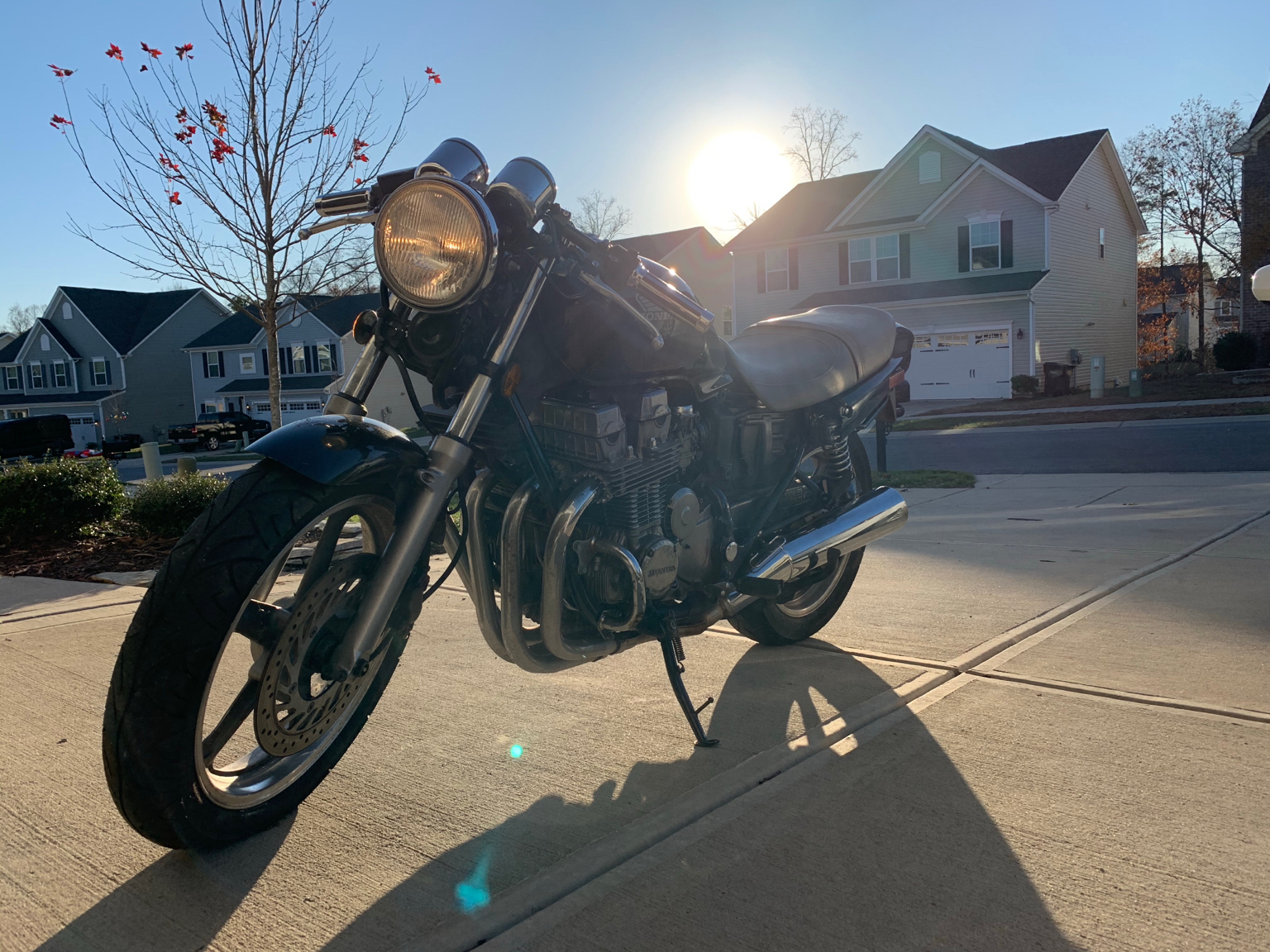 Is the new one on order Vacuum? OEM style? if so make sure the PO didn't plug/remove/damage the vacuum line. Change that out as the thing will work on low vac and idle but start messing up at higher speed as the low vacuum will not open the P-Cock enough to give it the correct flow. I pretty much chuck the Vacuum ones in the trash and replace with an aftermarket standard P-Cock. A way to check is if the thing has a Prime setting is to run it on that as it bypasses the vac.

It is a vacuum one, didn't know I could run a standard non-vac style. I guess I was worried about it not fitting correctly. The one I purchased is a complete unit, so it should be a good test if its causing problems!

The one on the bike currently is just on/off/reserve.

No worries, brand new should be fine but check the vac line is good or it won't work right. There is all kinds of aftermarket ones, I used one on my CX500 build, I just searched on Ebay and one came up but you can measure the bolt spacing, check lever is on the correct side and the exit line points in the right direction etc if you find you still have an issue.

unless i'm missing something, there is only one short vac hose from the petcock to the intake manifold boot?

peez said:
unless i'm missing something, there is only one short vac hose from the petcock to the intake manifold boot?
Click to expand...

Usually yes, just make sure it's not cracked or damaged and the clamps are tight, if it's lose at all the P-Cock won't work right.

well, strangely enough i went to start it again after a short pep talk and it sounds way better, throttle is way more responsive, hoping to take it around the block in a little bit!

i work from home so with my down time, i fiddle with this thing

EDIT: First trip around the block and man, this is going to be awesome! Got up to second gear and it feels really, REALLY good.
Last edited: Dec 2, 2019

I know these aren’t life changing mods, but we’re cool to me. 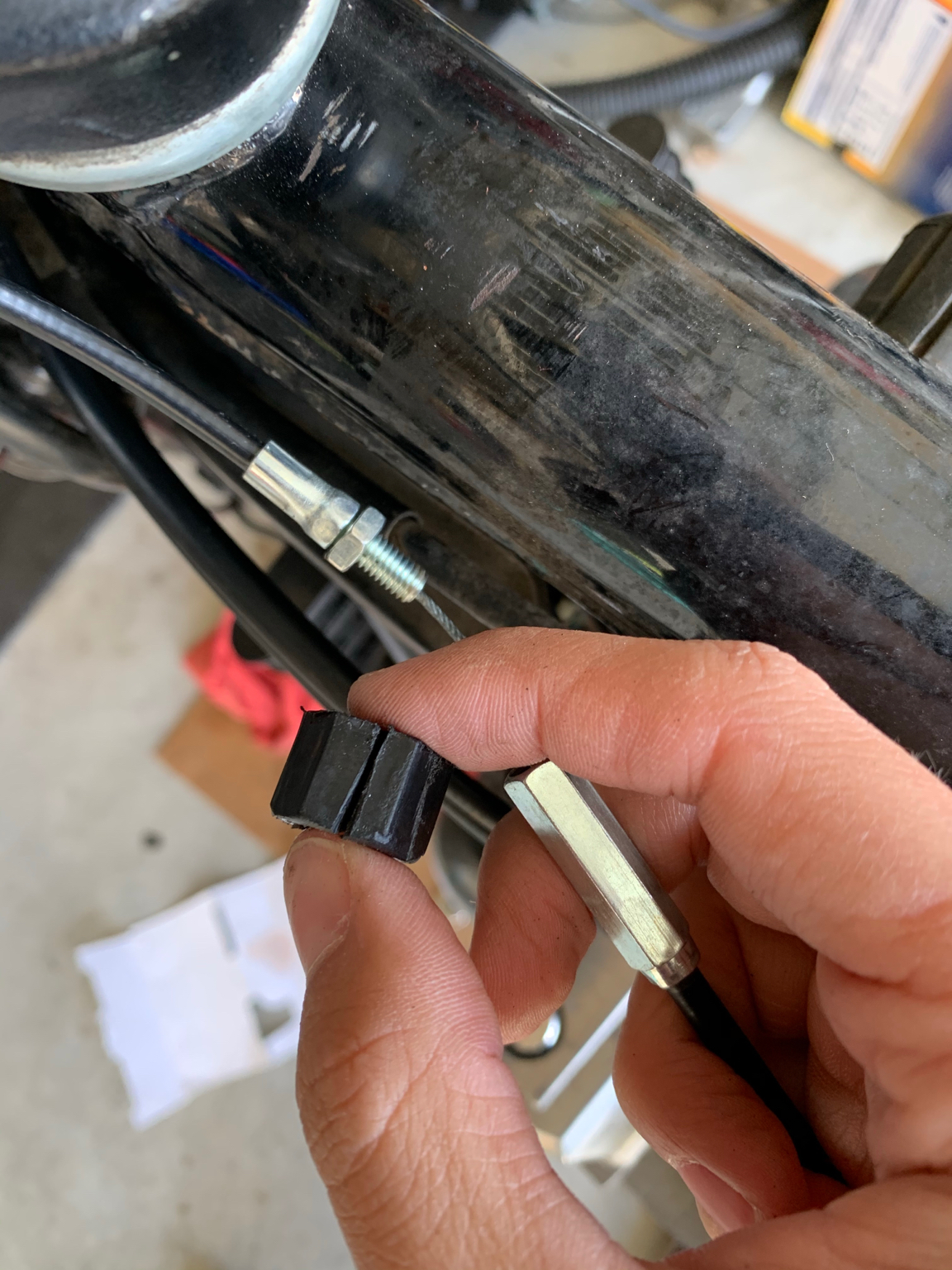 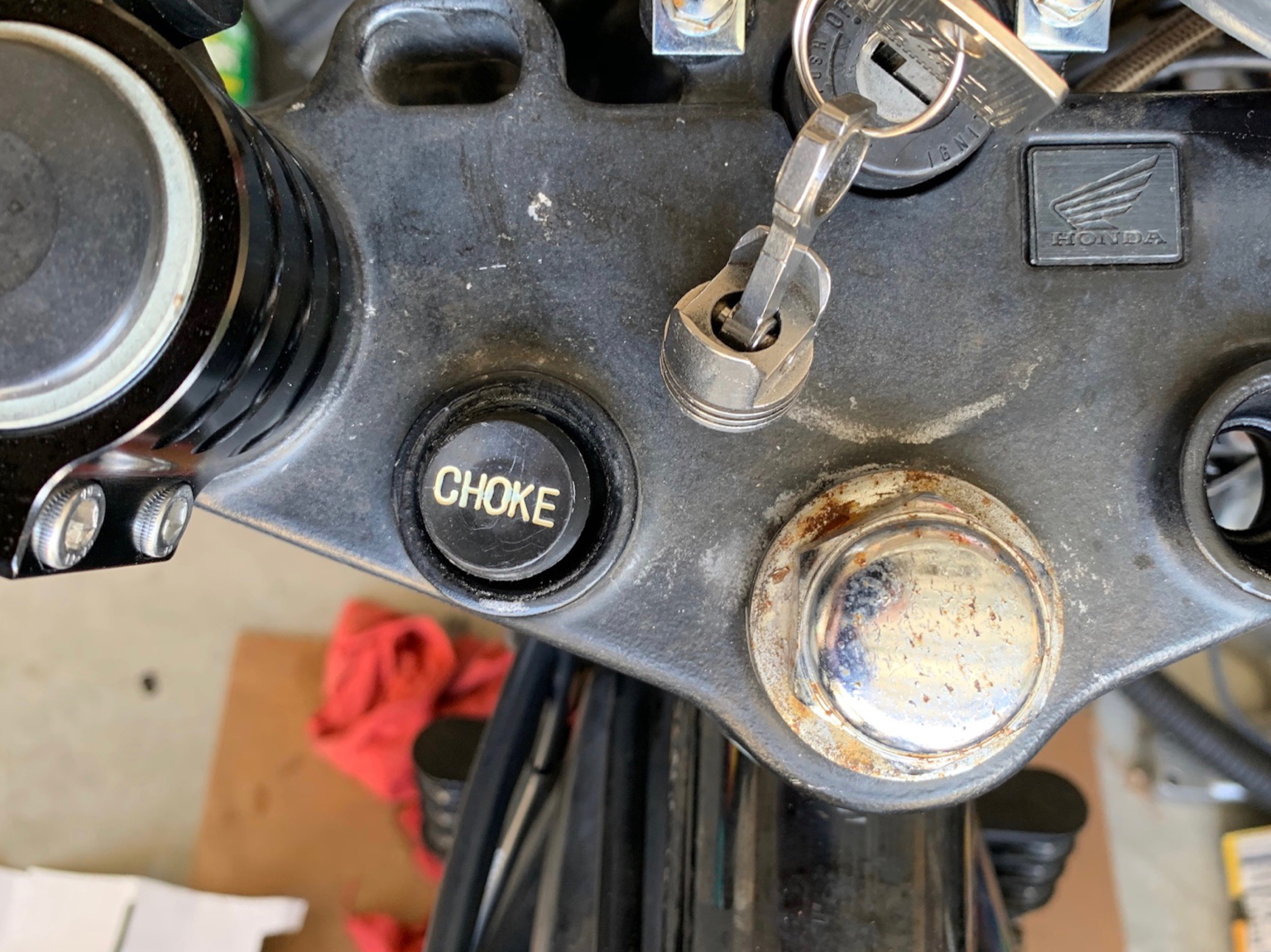 New choke cable ran through the old bar mount area. Bought a older cb cable, cut the plastic nut and slid it back on. Cable is still a little long but works well. 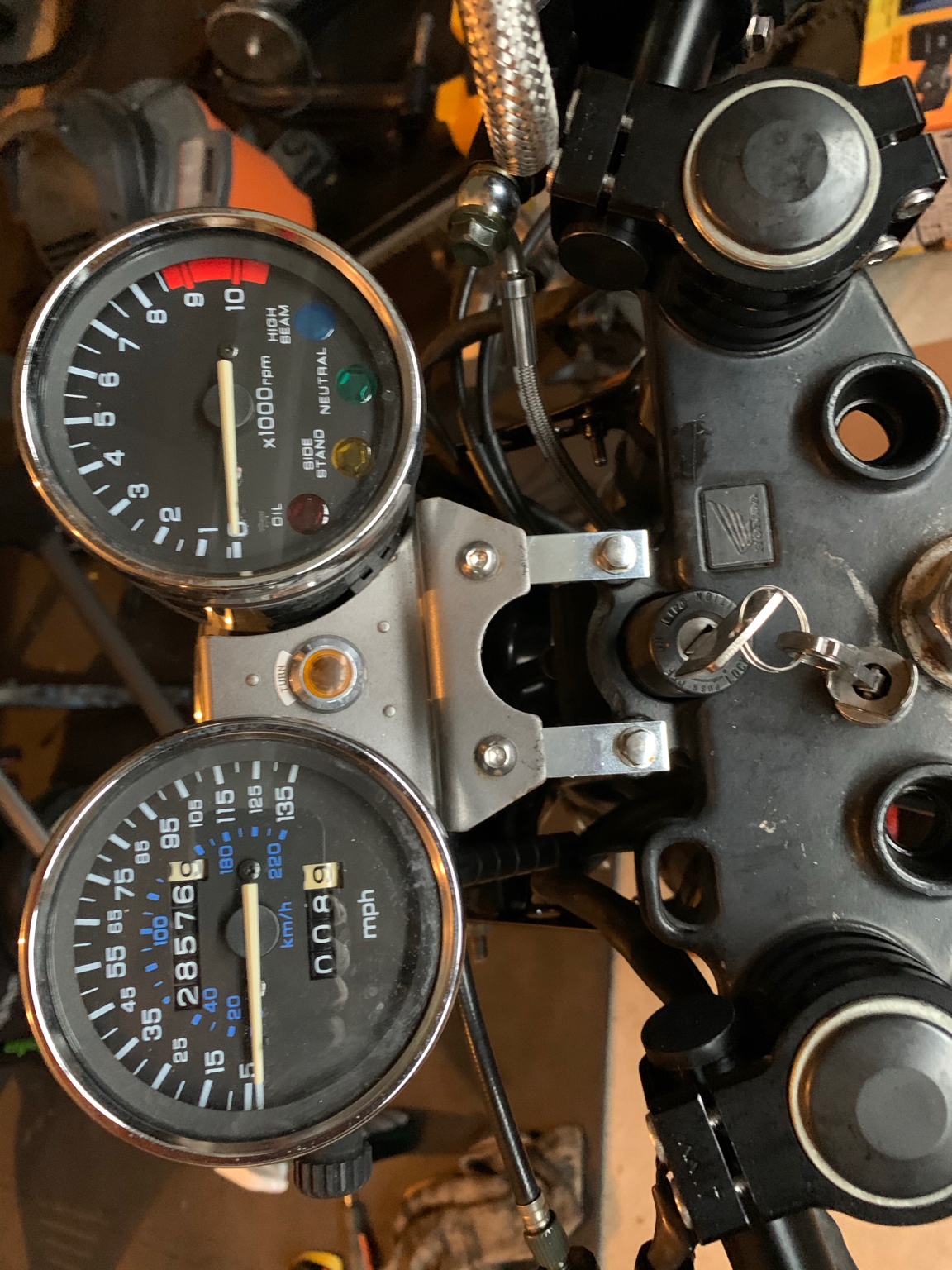 Looking at the rear hoop in prep for cutting. I still want a seat that is two up, so I’m looking at sticking with 24”. I’d like a straight seat, but the curves of this frame may be a little bit of a problem. I also noticed it isn’t symmetrical, it looks like one side bows out more. I’ve seen photos of other people that LOOK like they didn’t redo the whole seat frame, so i have hope. I’m not ready to rebuild the whole frame just yet!

Where we are today: 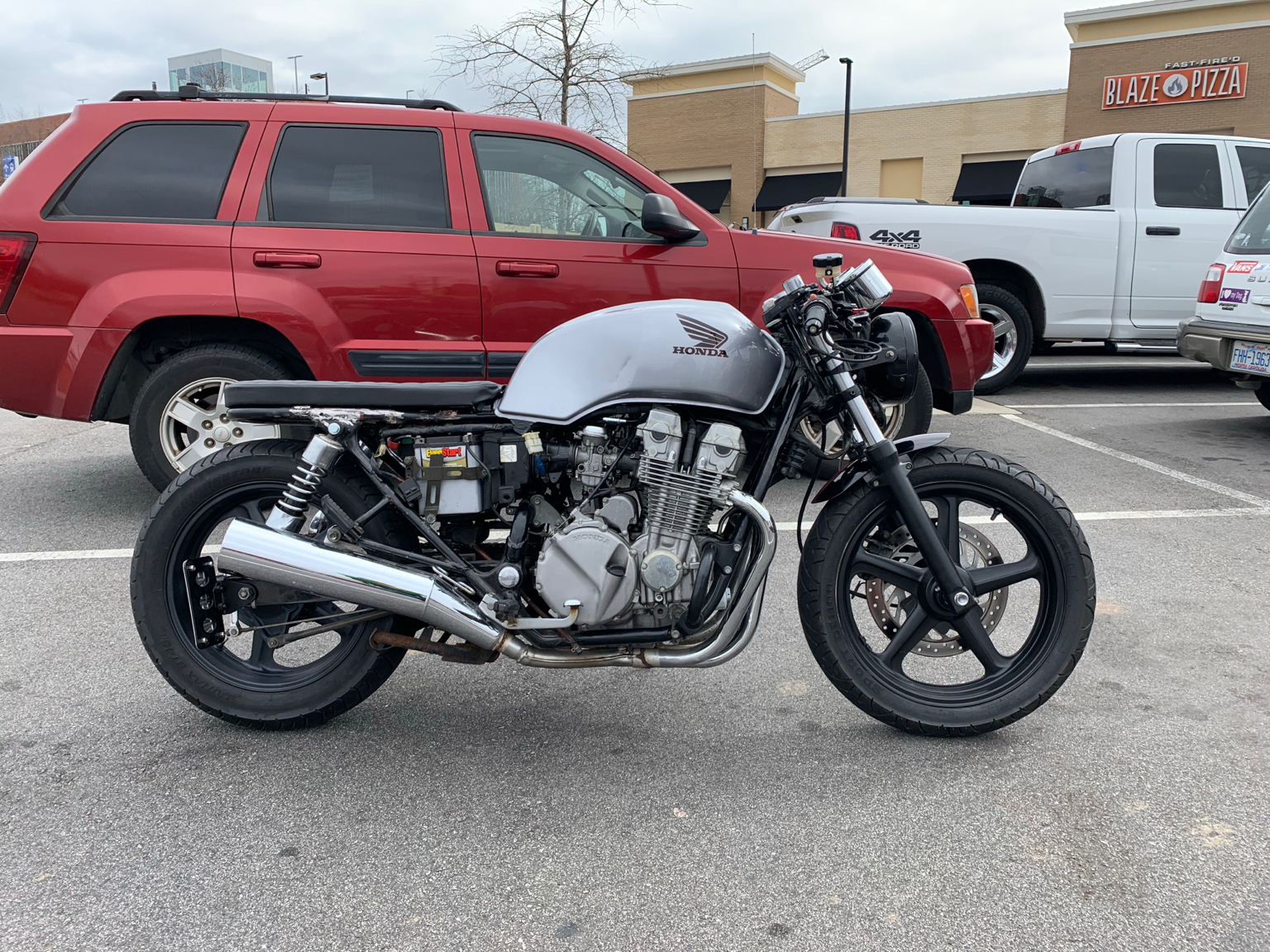 New gauges/switches and some paint on the fresh welded areas. Hoping to get the gauge mounted lower at some point, but this will work temporarily. 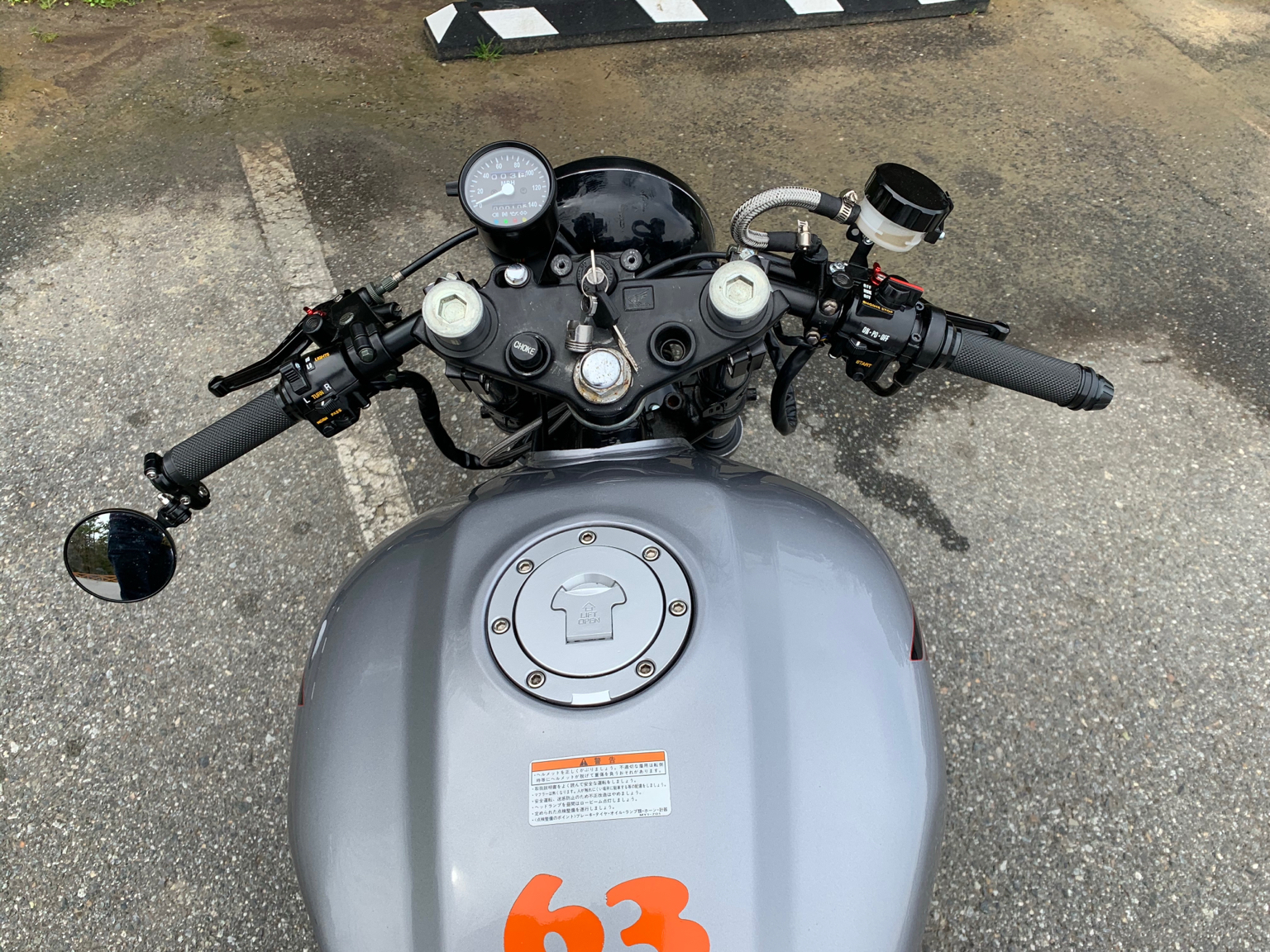 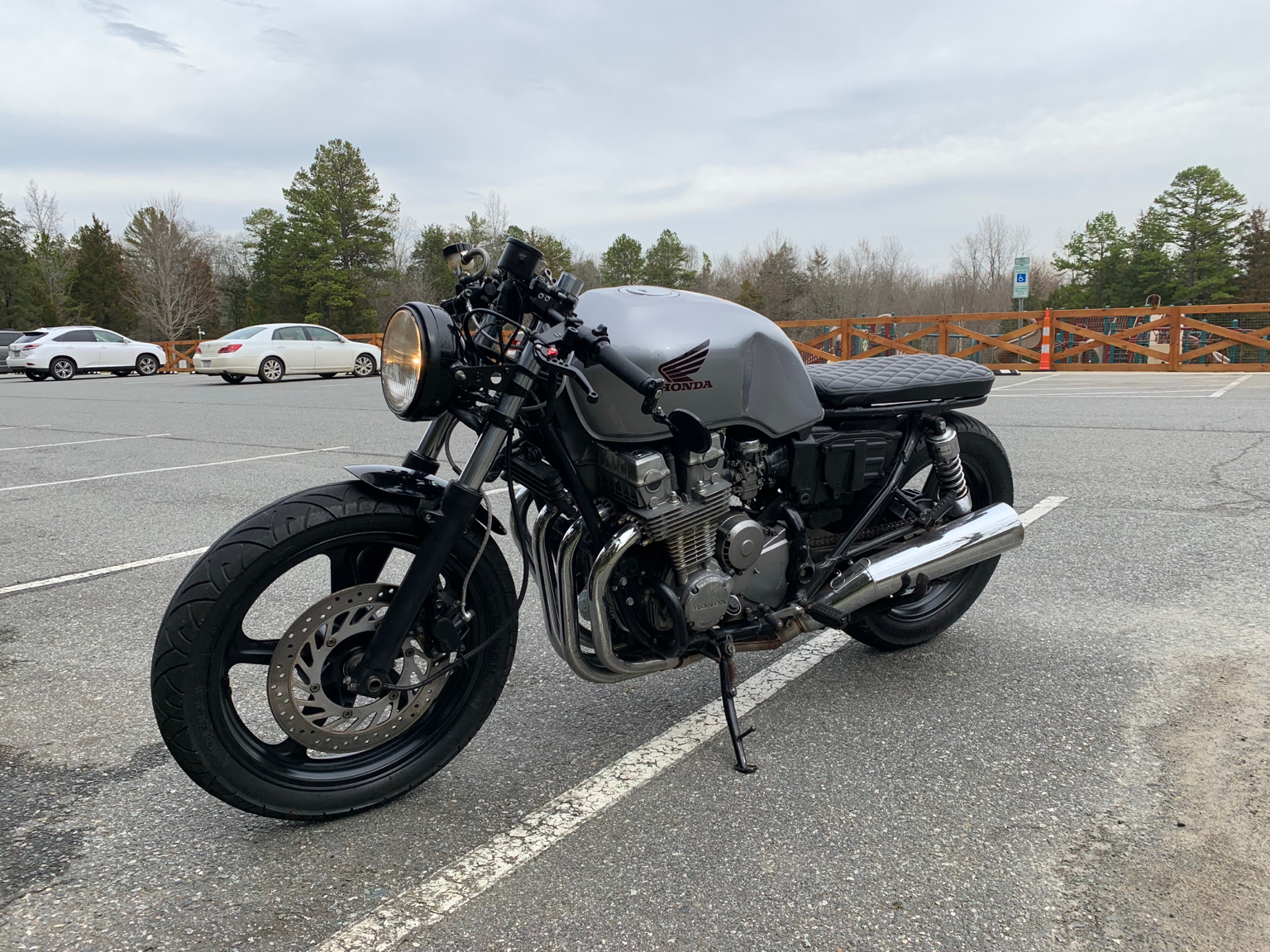