Thanks for the feedback from the install process. We're currently working out the specs for our second prototype and should have a couple of those available toward the end of November.
Click to expand... 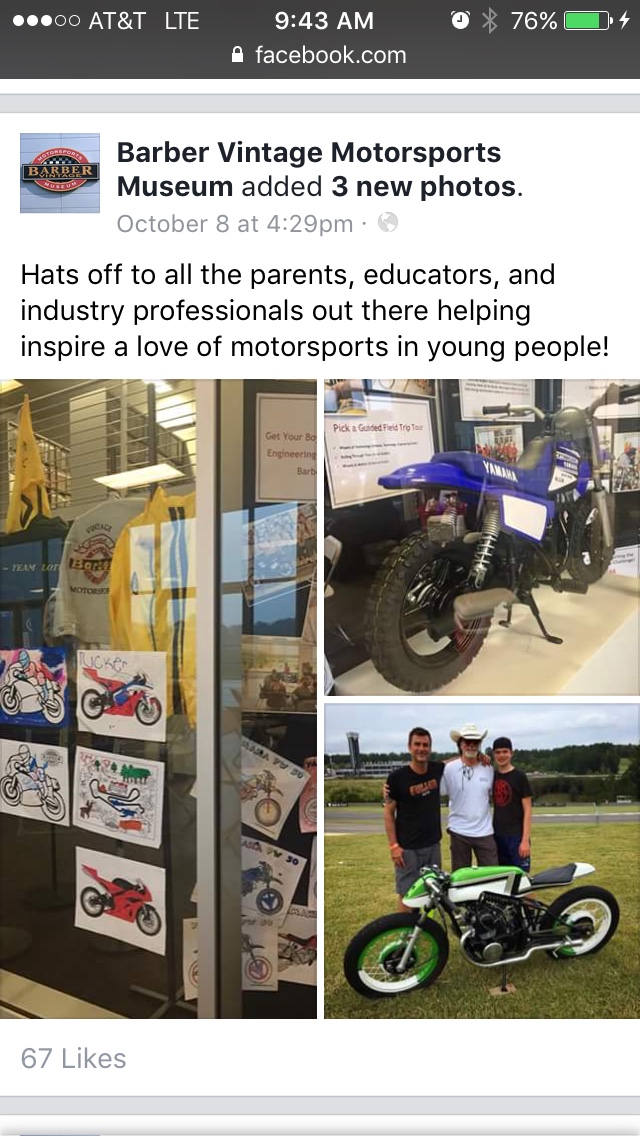 sorry wrong pic this was on the Barber Museum page...

Sonreir said:
The MOQ for the stators is likely to be several hundred units, so it makes sense to have a similar number of seals ready to go.
Click to expand...

Matt round two...thanks for the new 3 phase! Looks great. We are thinking about adapting this to our Bultaco Drag Bike project. We need to figure out an ignition system. CDI? Or a collar mounted magnet and Hall effect sensor behind the rotor??? 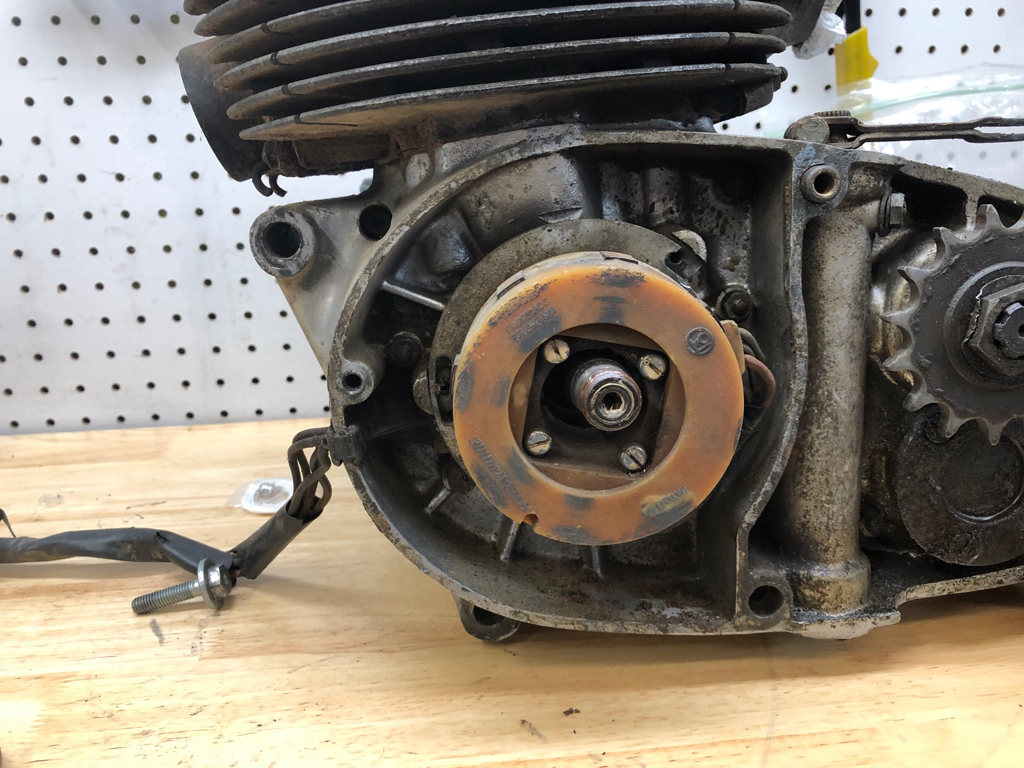 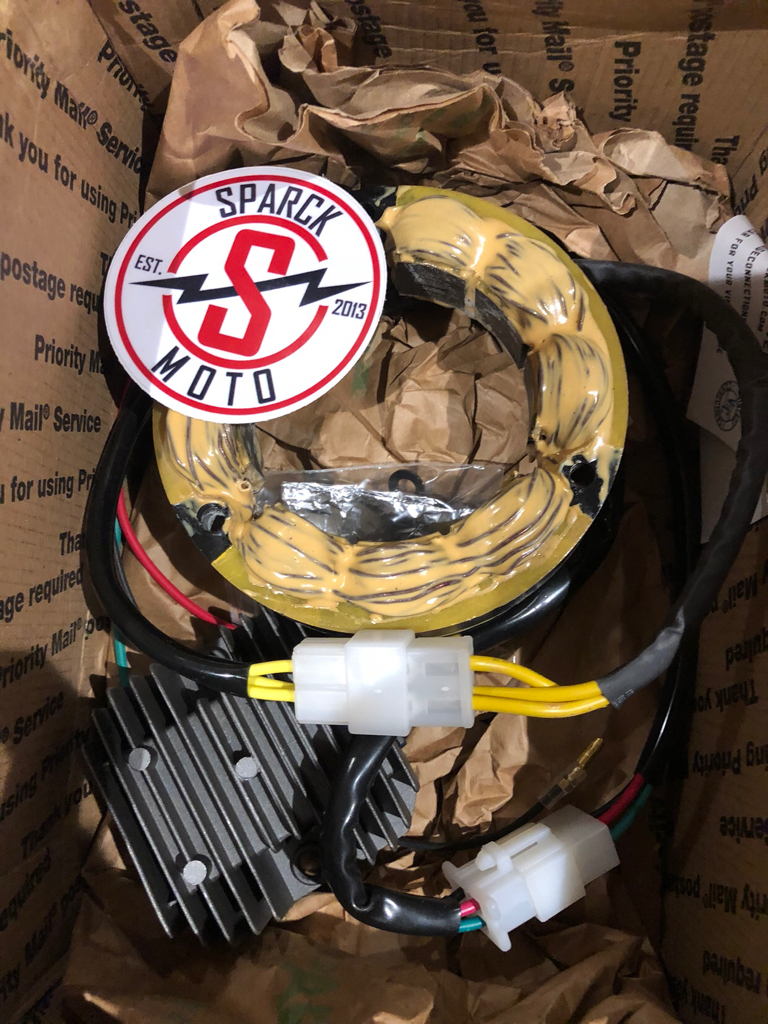 DTT SUPPORTER
I'd go with the CDI, if you can make it work. Maybe Hall-triggered CDI?

CDI systems usually have a lower drain on the charging system and so result in less horsepower going toward creating electricity.

That said, for a drag bike, I'd probably remove the charging system entirely.

Sonreir said:
I'd go with the CDI, if you can make it work. Maybe Hall-triggered CDI?

CDI systems usually have a lower drain on the charging system and so result in less horsepower going toward creating electricity.

That said, for a drag bike, I'd probably remove the charging system entirely.
Click to expand...

Well we also hoping to give the two stroke guys another option than what is out there. Made in America! We have an event called the Twist Off coming up that will be fun not to have to switch out batteries or head to a charger.

DTT SUPPORTER
If you're planning on keeping the charging system, then Hall effect trigger is probably the way to go.

You can use Hall effect to trigger a CDI system and I know Rae San (out of Australia) has a kit for the Honda CXes.

If you're going with a more standard TCI approach, I'd probably end up modifying an existing system. Dyna, maybe?

DTT BOTM WINNER
For a two stroke single you have choices. Simplest is a magneto CDI arrangement like a Motoplat that was probably the stock set up. Or get a complete ignition off say a Honda RS125 race bike. There are also similar sets ups with tiny rotors with very little rotating mass.

Or get a Hitachi set up from a YZ dirt bikes. Similar to the set up used on a TZ twin.

At the cheap end of the spectrum there are any number of pit bike CDI systems that cost almost as little as they weigh but you would have to check if they have an advance curve.

A drag race bike won't discharge a small battery in a day of racing, unless you run all DYNA components that suck electrons out. We used Dyna S and Dyna coil on our CB160 and a 5 amp battery would last all day of practice and racing.

We always had a spare battery just in case, but you could try a LiPo battery or even an RC battery. Start with a 1.3amp 4cell with say 20c-50c discharge. They are cheap as chips and can handle a discharge rate of 20amps continuous and 50 plus amps burst. Way more than you would need.

If you think about battery power, look at the Ignitech DC CDI ignitions. You can program one of those with 2 step, push button air shift and any retard curve your heart desires.