Greetings, Fellow Members! I finally was able to get my mitts on a 1982 Exciter 250 Milk-Crate Basket Case (with a TITLE!) and so begins the adventure! I have lurked your forum for quite a while, but up until now, I haven't owned anything worth mentioning, Project-Wise. Your advice has proven valuable- and now I get to play! Pictures and details will soon follow, but here is a mock-up in MS Paint that I'm aiming for. (thanks to Jadus for the awesome shots of his stock test mule.) I'm going for a sort of lowered hardtail bobber looking thing... on a budget. Ooop. It appears I posted a few pix...
( So, the first was sort of a project based on a 300cc 2-stroke single snowmobile engine and its torque-converter that I had laying around. That project went *Pffft* when I found out how hard it is to make a non-titled project street-legal.... back to the graph paper!)

DTT SUPPORTER
DTT BOTM WINNER
I vote for the 300cc single snowmobile engine, so that I can live vicariously through you since I never finished mine...

Hello
Are you planning to make a hardtail?
SR250 looks pretty slick when you get rid of the covers and clean up the middle triangle.

I would LIKE to do the Hardtail Thing, because it'll drop the bike the lowest without having to deal with suspension travel at the rear. Don't know if my plans will work. I haven't been able to spend much shed time with it yet. The 300cc Rotax motor is gone when we moved from Colorado to Oregon, but I think that would've been a fun project. Here are some renderings I did in Bryce at the time, to better illustrate the frame, etc. All I had was a pair of rims, the engine and torque-converter set-up, so the rest of the deathtrap would've been on me to figure out. 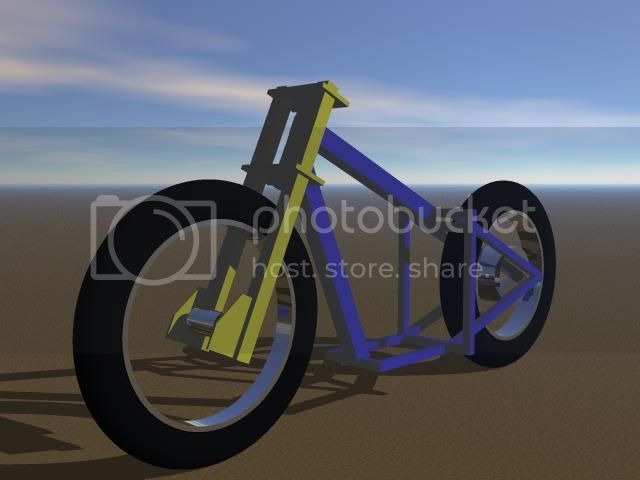 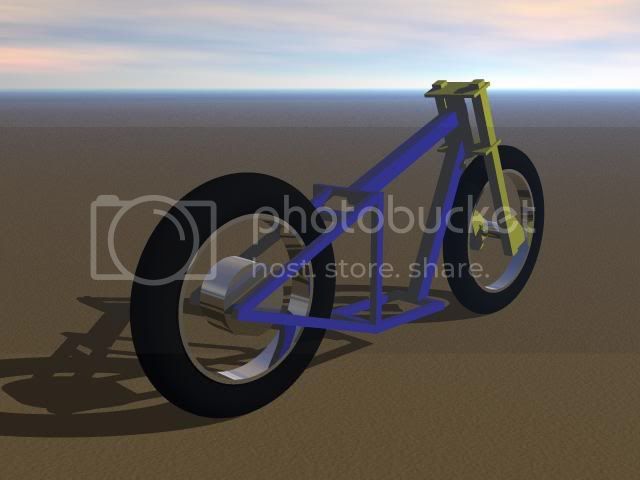 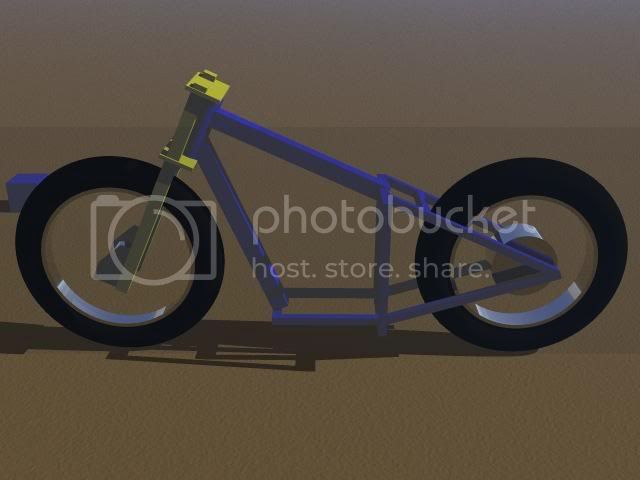 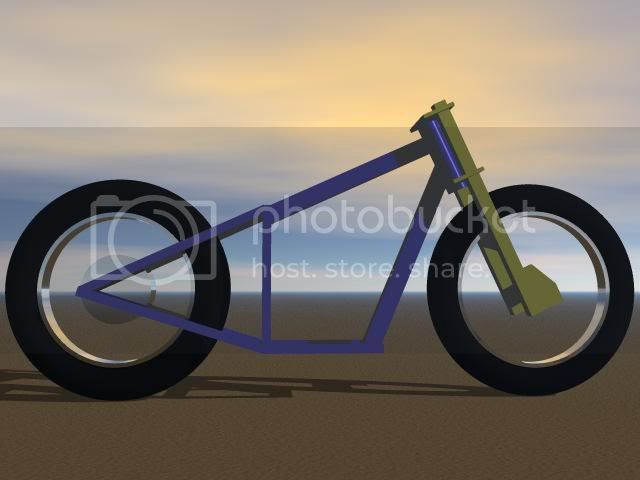 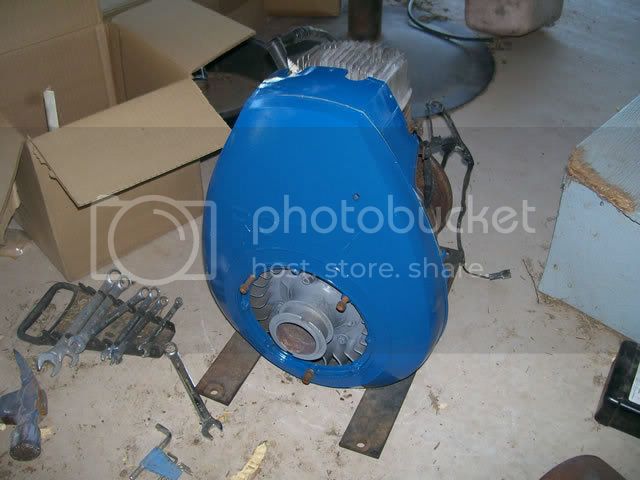 ...as a sort of Side-Blathering, I understand the Chinese Engine manufacturers adopting designs such as the Honda horizontal 50-110cc engines, or the CG125, also I think they've cloned the Yamaha v-Star 250, the Suzuki TUX250, etc.... Don't you wish they'd expand their cloning to include engines such as, the Yamaha XS650 twin, the Suzuki LS650 single, or even my favorite, the CB350 twin? I'm talking about engines that are no longer manufactured by their original makers.

SSR Laser 6 with one of those 140cc pitbike clone engines grafted into it.....! Seems possible, the bike is more full-sized than the pictures suggest. 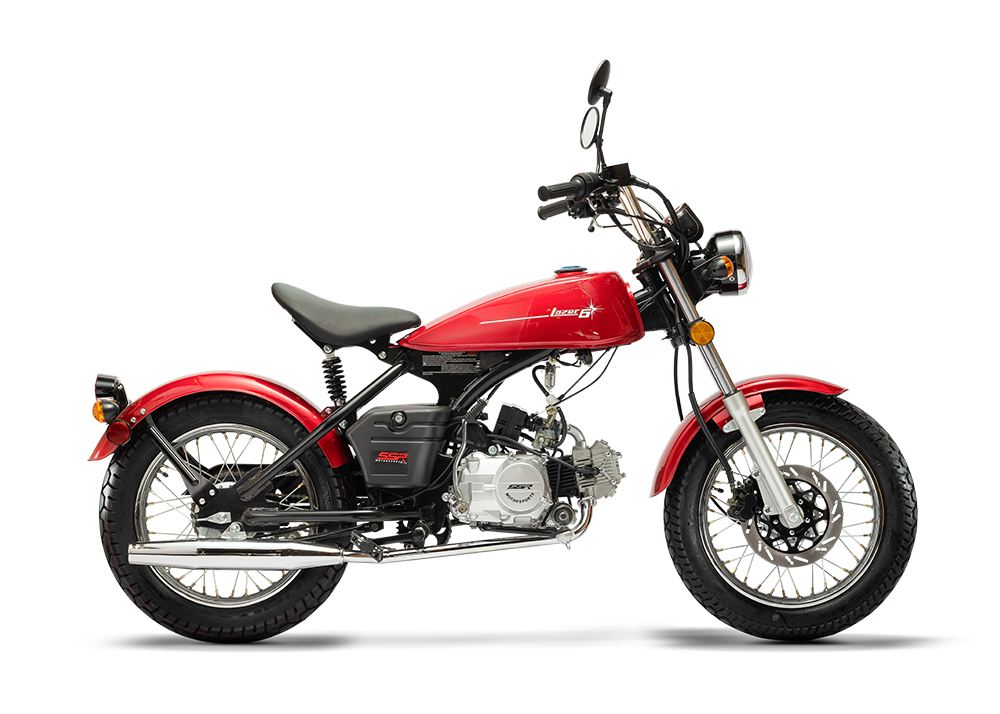 I'm going to ask the Stupid Questions, (sorry)... but has anyone cut open the muffler/silencer on a SR250? The reason(s) I ask are because I don't have my own to hack apart (just the stock header pipe) and I'd love to get a better look at it. Me-thinks the silencer is the real bottleneck to flow more than the stock header (the little dime-sized muffler exit) and I'm going to try and squirt by using an aftermarket glasspack with the stock header.

The other question is, it looks like the best plan of action is to run a non-cv carb when the airbox is gone? Correct?

Thank you for any help and/or advice.

Okay- a little very minor update. I'm ordering a VM34-168 carb clone because I keep reading bad things about running the CV carb without the stock airbox. I don't want that headache; plus, a new carb is a new carb! I also found some Shinko 230 TourMasters (130/90-16 and 100/90-18) for it and it looks like they'll do well for my intended purpose.
Sorry no pix yet, but where it's sitting at right now, you'd get a better view of the lawnmower!
Here is a picture of a similar project from 1987. It was an old SL350 that I bought for $50 from a gas station and rode for 4 years. I LOVED that bike! 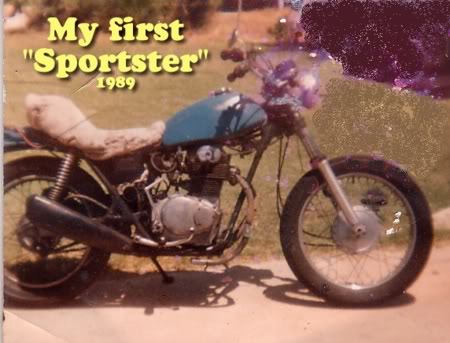 the next picture is a CB185 my wife bought and I fixed up.

A bad picture I snapped yesterday. I didn't realize the glare was so bad. So you can see I have my work cut out for me!

DTT SUPPORTER
That looks about the same as mine did when I got it.
Looks like a good start point to me.

Brodie said:
That looks about the same as mine did when I got it.
Looks like a good start point to me.
Click to expand...

Thank you! Budget is REALLY restricted, so when I found this thing WITH a title for $250, I jumped on it. AFTER I brought it home, I did a little research on SR250s and found out they're good starter project bikes, so... lucky for me. Oregon bikes are really pricey compared to Arizona stock....
It's going to be fugly but fun.

Fun is the most important part!

Hurco550 said:
I vote for the 300cc single snowmobile engine, so that I can live vicariously through you since I never finished mine...
Click to expand...

JerryAssburger said:
It would've been sweet! I think the old Rotax 300 was only rated at 16hp, but the bike would've been light.
Click to expand...

I started down the path of a Hirth 300cc single powered Board Track Racer years back, and though its been back burnered, it still comes up in my mind from time to time. 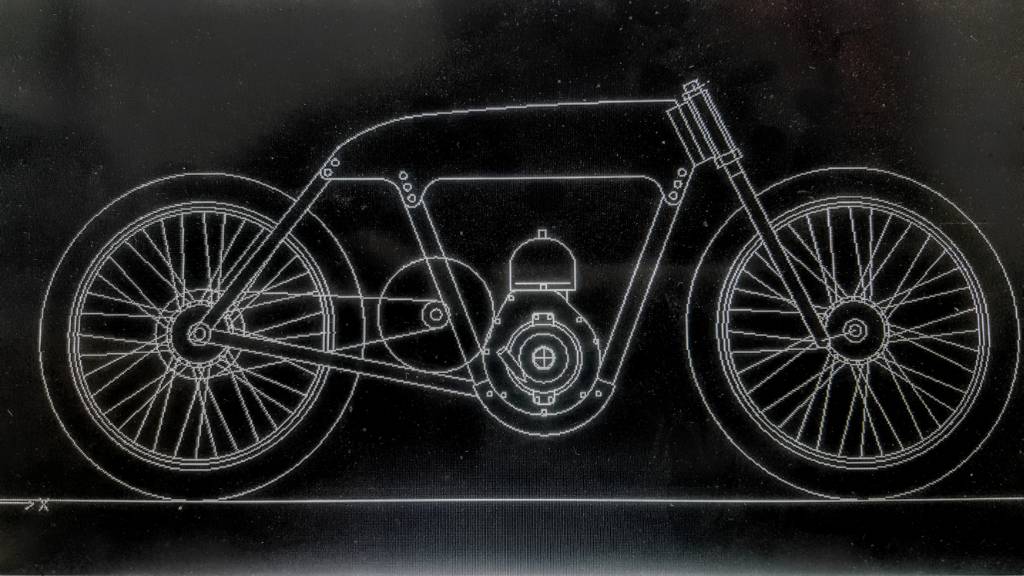 Hurco550 said:
I started down the path of a Hirth 300cc single powered Board Track Racer years back, and though its been back burnered, it still comes up in my mind from time to time.

YUP! Very nice! The Legal Eagles will always make sure there are many needless flaming hoops to jump through before a person can build (and ride) something like this. VERY NICE! Isn't it amazing, the Fertile Ideas Garden that opens up when one has an air-cooled snowmobile engine sitting around? This had a Sachs 300 Twin with a Honda ATC rear axle, 8" trailer wheels in back, a wheel barrow wheel with beefy bearings fitted in front, an old chair from work, a Harley Muffler donated by my Shift LT, handlebars swiped off of a little girls bike I got at Goodwill, and balloon slicks intended for those 3-wheeled wind-racers..... There's an entire thread on it at DIY Gokarts. Needless to say, I don't have it anymore. *sigh*

Here are a few Food-For-Thought Inspirations for the small/simple/air-cooled crowd. I love getting on Alibaba and just skimming. And I have a special spot in my heart for the speedway bikes....

Getting closer to finalizing what I want to shoot for, based on the parts/pieces I have. Fenders are going to be tough and $$, it seems. 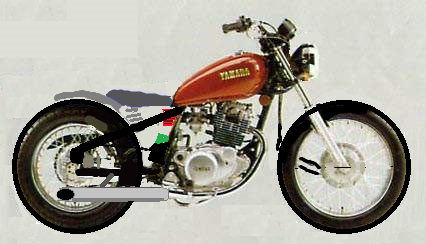 To me, that is part of the art and challenge - to make the bike enjoyable to ride while getting the desired look and doing it all within budget. Getting water pumped up your nose or killing the electronics is not enjoyable. I'd be cautious with tire selection, too. Big, fat retro tires look cool but handle poorly. But, if you are aiming at something to put in a collection - anything goes.

It helps to stretch the swingarm 2-3". I built a similar CL350 twin many years ago following an idea seen in an old Iron Horse magazine. It was one of the Paladin plans originally for a Triumph twin. Didn't have a Triumph but I did have a neglected CL350! Stretching the swingarm provides more room for the battery/electronics and seat.

DTT SUPPORTER
Your idea looks a lot like my old SR250.
I kept the swing arm stock but had shorter shocks.
There is a bit of room in the "triangle" if you strip all the stock parts out.

I was lucky enough to have found a bike that someone had started modifying. They already replaced the handlebars, fabbed a battery box (the green thing just behind the engine, and cut the rear hoop off. I was hoping to do hardtail with springer seat, and so that's the area that has a question mark until I can take the seat, frame, new tire(s) to see how it all fits together. It's not going to be the most Comfortable Canyon Carver, but if you saw my daily 5 mile commute through Salem Oregon, you'd know a 50cc generic scooter would fill the bill equally well. Go, Stop, repeat....haha! But you know what? I am having fun just "bench-modifying" it even, I can't imagine how much fun it'll be to put the wrench to it!

Brodie said:
Your idea looks a lot like my old SR250.
I kept the swing arm stock but had shorter shocks.
There is a bit of room in the "triangle" if you strip all the stock parts out.
Click to expand...

Brodie, yours and a few others are MAJOR inspirations, so yeah, people are gonna see their bikes in this. Does anyone remember the movie with Kurt Russell "The Thing"?... In it, there's a scene where a bunch of sled-dogs are morphed into one big pile of whimpering, suffering "Thing" that struggles to mimic the real dogs... that's kinda what my bike will end up as!!
Maybe I should just call it, The Thing!
You must log in or register to reply here.
Share:
Facebook Twitter Reddit Pinterest Tumblr WhatsApp Email Share Link