Therapy is expensive. Riding is cheap. You decide.

Kiley! Happy belated dude.
I ticked over to 26 on the a few weeks back (7th) - had a tumultuous few weeks (car was stolen a week later, dealing with the investigators is painful!) so I haven't had a chance to get on here much i had a cbr forks/triples in the boot


IndieSol said:
Hey Sebatron, check out www.plasmaboyracing.com. Dude has done some wicked stuff to a couple of Datsuns.
Can anyone say, "10 second electric Datsun"?
Click to expand...

love it, just not terribly useful on the street
i dug mine. despite being a 12sec <1000kg deathtrap (chassis twists on launch? :/) it was immensly easy to drive. could start in 3rd if you wanted to, or just use no throttle til you're doing say 15miles/hour. torquey mofo.
locked diff made it hairy in the wet though. 1st gear was off limits in inclement weather. no aircon and 100+ degree summers was the biggest downside. ran a bit warm!

I make my own rules

This is my first motorcycle. I have only had a two year stretch in my life where I didn't have one. Sweet helmet...no? I never remember ever riding with a helmet. 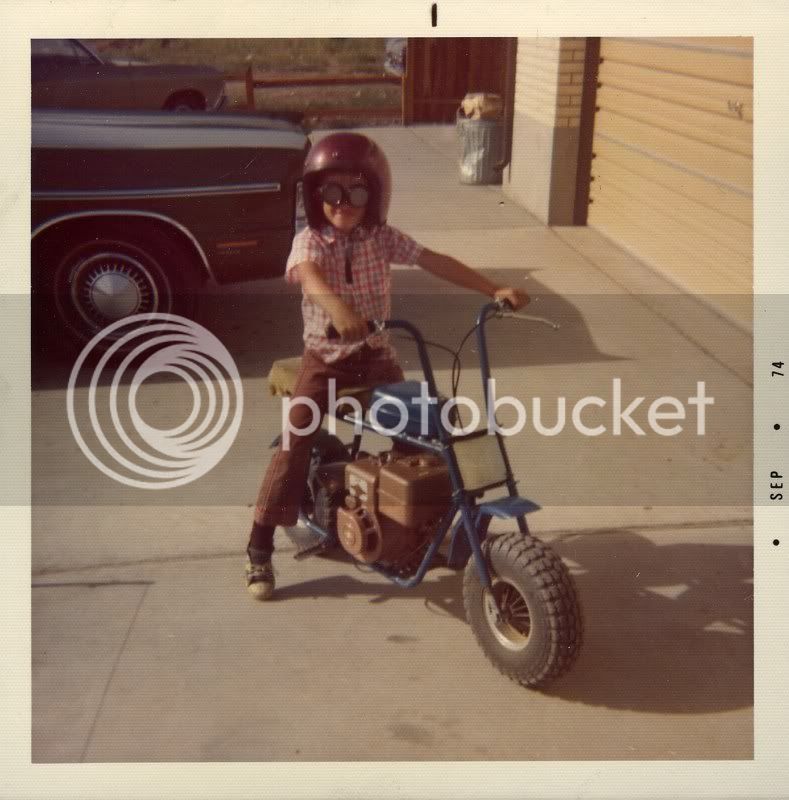 DTT BOTM WINNER
On the subject of first bikes. My Dad didn't have a lot of money right after the war so I had to make do. As I remember it wasn't very fast but it was solid. LOL!!! 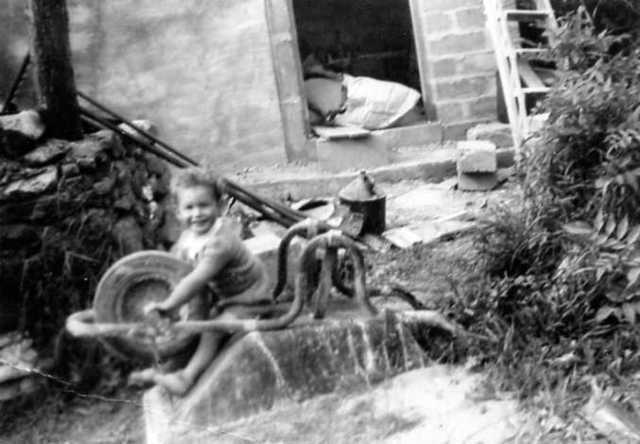 Staff member
See the dirt in hoofhearted's pic? Its the only thing older than him

DTT BOTM WINNER
Hey Tim, That photo was taken in 1947. Note there is only one wheel. The second wheel hadn't been invented then.

Strange how that happens.

Hoofhearted said:
Crap! I think its time for me to go! I have had my Norton longer than most on here have been alive.
Click to expand...

My words must sound different here, than in my head. ???

I was calling BS on the,"time for me to go". There is no doubt in my mind that Hoofhearted has been riding longer than I've been alive.
That is the reason, he is one of the lads I would MOST want to share a beer with, of all the guys here. 8)

I would like to hear some salt stories as well as some salty stories. ;D

4eyes said:
I would like to hear some salt stories as well as some salty stories. ;D
Click to expand...

Theres lots of stories but this isn't the thread for them. Heres a teaser. I was talked into buying a Van Veen Kriedler to road race in Ireland. A friend in the Isle of Man called to ask if I would come over and race the Kriedler. We got a bunch together and left from Strangford Loch in Northern Ireland. Robert Dunlop had just started racing and this was his first trip to the Island. He won (natch!). I was a distant second. I took this photo as we were leaving Strangford Loch. 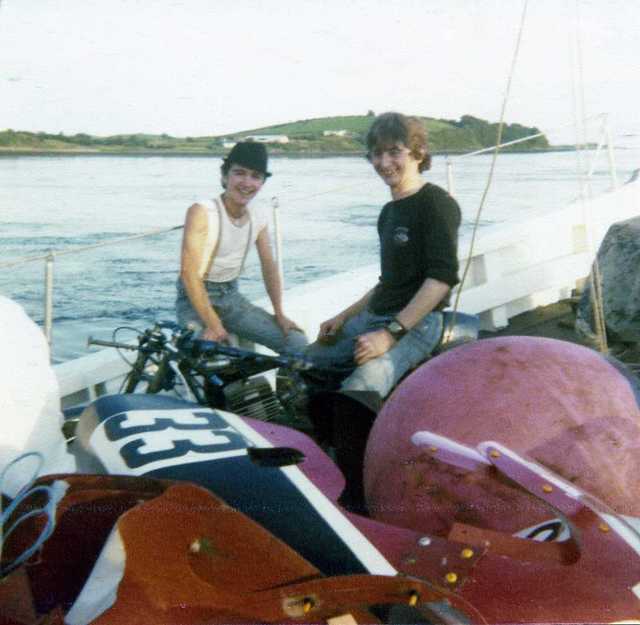 P.S. Newagerocker. Not quite the oldest. Close but no banana.

DTT BOTM WINNER
Maybe I'm not as old as my MRIs seem to suggest. As soon as I get both shoulders replaced they tell me I'll be normal.

That was quite a shock as I have never been normal.

My oldest son has past his 40th and my younger son started vintage racing a few years ago at 34. Hang on. That makes them both older than me. Time for a new book of lies.

Currently porting a couple of GT750 motors. One is supposed to be an 80hp stump puller and the other one is the reed valve motor in monoshocked frame - if they ever get finished......

DTT BOTM WINNER
Teazer, You're kidding. My first bike was a '54 BSA C11G!! Nearly put me off motorcycling! That was around '59 or '60. Actually It cost me $35 and I thought I was pretty cool. It had a candy blue tank and chrome forks. Couldn't get out of its own way. I put it out of its misery by running into a tree stump.

I make my own rules

I think we need a Hoofhearted story thread. Sounds like you have led an amazing life.

Makr said:
I think we need a Hoofhearted story thread. Sounds like you have led an amazing life.
Click to expand...

He could prolly have his own FORUM!! ;D ;D

Currently porting a couple of GT750 motors.
Click to expand...

I had a C11G and still have most of a C10L (sidevalve, runs on paraffin ;D)
Plus C15's, Bantams and Tiger Cub
I got some NOS rods for a GT750 stashed if you need some

Literally hundreds of bikes after that - mostly converted to Cafe Racers with the odd Trail bike.