DTT SUPPORTER
DTT BOTM WINNER
Ive been slacking a bit on updates, but I have still been tinkering around on this thing. I pulled the motor out and finally got the side cases (that a previous owner had graciously decided to use jb weld as "gasket material") pulled off, beit with a good amount of grunts, bloody knuckles and ez outs since ever single phillips head had been rounded off. What I found when I drained the oil was a highly undesirable paste of goo and metal shaving, along with a little more goo, and just when I thought I had found it all, more metal shavings.

Now, after a little bit of google-fu and some forum reading, ive found that these little tw lumps are notorious for shedding metal shavings, and there is a hippy esqe attitude in "the tw200 groups" of shavings are fine, just run it, but even so, there seemed to me an obnoxious amount of them. I figured no time like the present to dig in and see where they are coming from. I wasn't planning on splitting the cases, but I guess plans change. Upon removing the inspection cover for the cam chain, I had a "well theres your problem" moment. The engine was pretty obviously starved of oil at some point and the aluminum cam bushing had been eaten away.

To remedy this I will need source a roller bearing and a new cam. Its been done before and documented, so hopefully wont be to big of a deal.

Also, here is the expected pic of parts piling up for the build 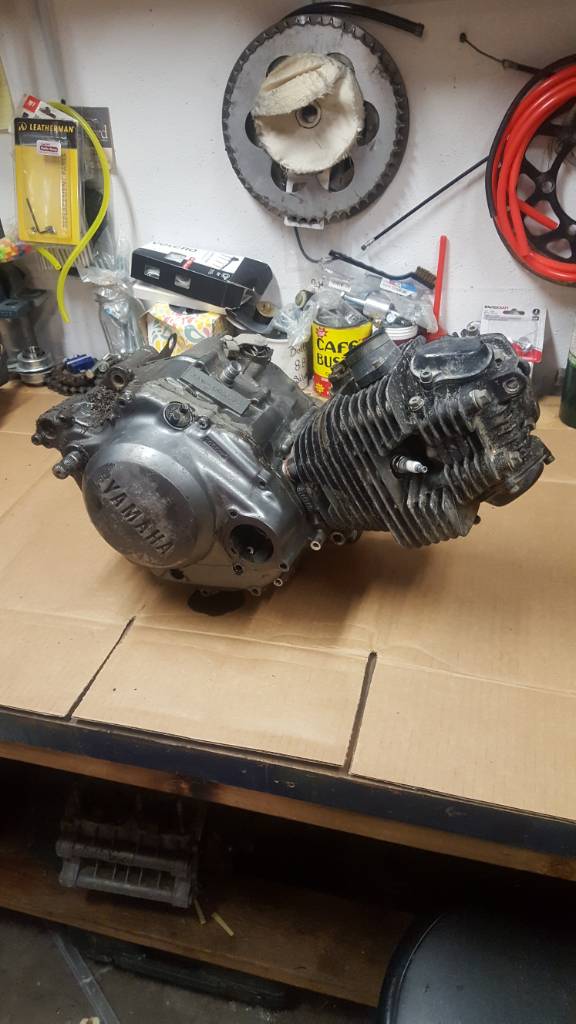 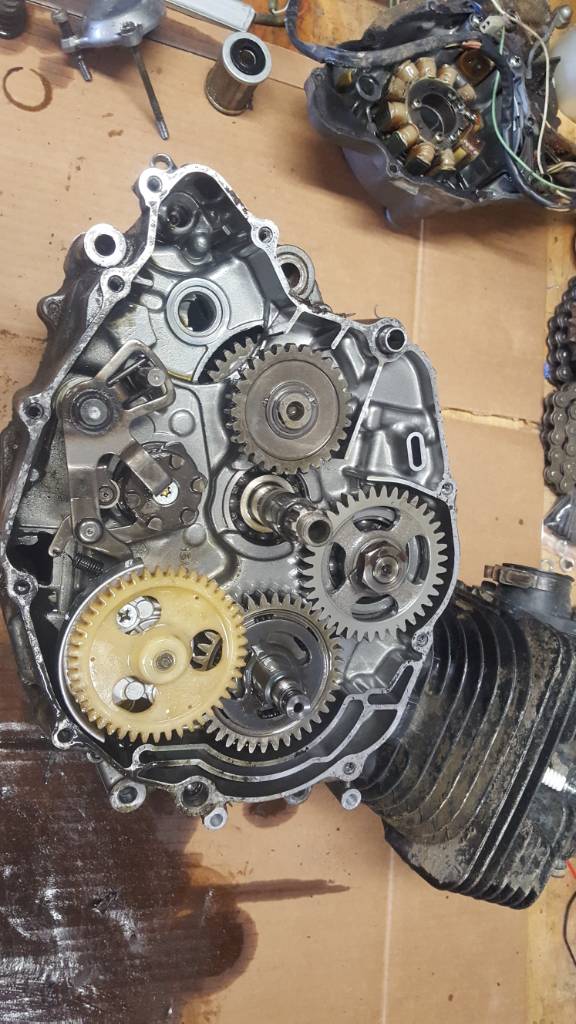 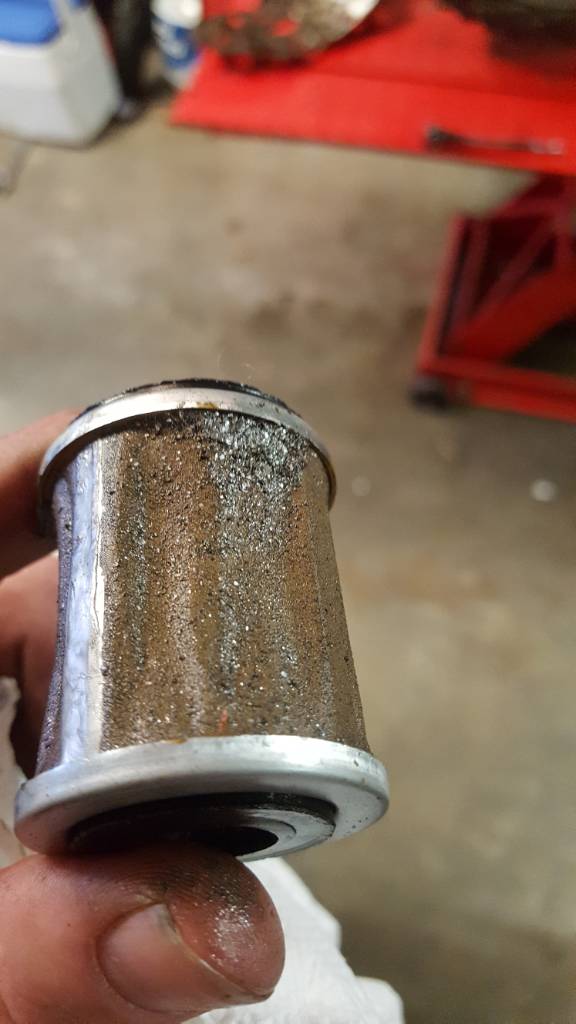 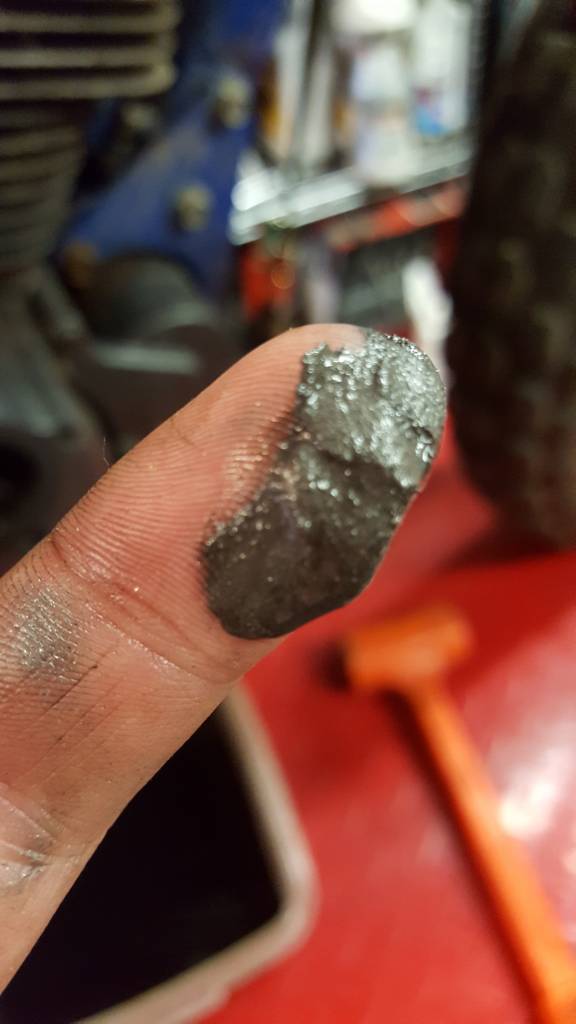 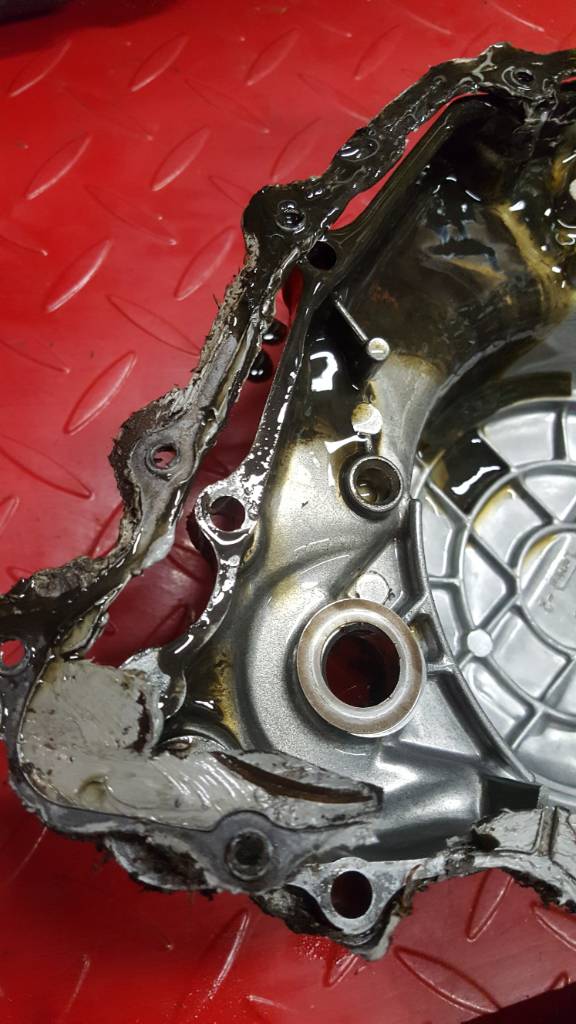 DTT BOTM WINNER
That was a lot of metal in there. What's the parts scene like on these motors?

DTT BOTM WINNER
Just curious if you're to the point where this becomes a parts bike for another one, or if it's really worth rebuilding what you have.

DTT SUPPORTER
I still say stick a bw350 engine in it... DTT SUPPORTER
DTT BOTM WINNER
I knew you should have kept that XL650 lump! Some silicone spray, a shoehorn, and a little time and you'd be riding.

Doesn't their 250 motor fit it or parts compatible? I thought my buddy mentioned something like that.

canyoncarver said:
That was a lot of metal in there. What's the parts scene like on these motors?
Click to expand...

irk miller said:
Just curious if you're to the point where this becomes a parts bike for another one, or if it's really worth rebuilding what you have.
Click to expand...

cbrianroll said:
Doesn't their 250 motor fit it or parts compatible? I thought my buddy mentioned something like that.
Click to expand...

Not sure I'm ready to give up yet. Entire engine swaps are pretty tricky due to the extreme offset on the countershaft sprocket. There is actually an outer carrier bearing that is part of the sprocket cover. Even a bw350 motor utilized a jack shaft on the swinger, so its not a real easy swap at that. Heads, however are a little easier to come by. I don't have the list handy, but a number of tt225 xt225 xt200 and a few others are direct swaps, and can be had complete with cams, valves and rockers for around $70 used.

That said, if I find a complete better tw200 for a reasonable price, this one will quickly become a parts mule.

DTT SUPPORTER
That engine looks a hell of a lot like a sr250 so that might be an option as well.

DTT SUPPORTER
Fair enough. I have a spare sr250 cylinder I can measure if you need.

Brodie said:
Fair enough. I have a spare sr250 cylinder I can measure if you need.
Click to expand...

I may take you up on that! Much thanks!

Do you have the ID and OD of that bushing? I mean it doesn't look too bad and throwing a ball-bearing in, shouldn't be the end of the world or have I missed out on another failure?

DTT SUPPORTER
DTT BOTM WINNER
So after some more digging through the motor, I just found way to many shavings and other unsavory chucks of metal. I decided to jettison the stock lump in favor of a predator 212cc with a torque a verter clone, and just end up with a big ol fat tire mini bike/ pit bike. DTT SUPPORTER
DTT BOTM WINNER
During my mid Ohio swap meet adventures, Mr.E made a stupid impulse decision and bought a $10 steel Honda atc tank. Worked out well for me, because between that and the $5 Yamaha dirtbike seat, this thing will be sitting pretty. DTT SUPPORTER
DTT BOTM WINNER
The rear subframe has a weird drop seat Style Bend in it which did not work well with the flat bottom vintage dirt bike seat, so after a couple hours of cutting and de tabbing the frame along with bending up some 1/8" wall 3/4" inch OD tubing, I have a subframe that fits much better. I left the frame a little long until I decide what I am doing to mount a fender and possibly a luggage rack. There will be more bracing added, but the basic shape is there. DTT SUPPORTER
DTT BOTM WINNER
Ran out of mig wire while trying to finish up the sub frame, so I decided that I'd wire wheel the paint off of the tank. That is where I found this tasty morsel. Looks like I'll get plenty of practice pulling dents I guess lol Dang! How thick is that filler?