Hey PJ,
first...hope the claw is getting closer to good, what a crap pride you've been on there.

What did you mean when you said plastidip spray doesn't work? What problem did you have?
I've used it a little previously and had decent results on hand tools and of all things a set of engine hoses ( customer bike, I was paid too much money to NOT) and it came out ok. Is it just on levers or elsewhere that you had problems?

DTT SUPPORTER
Re: CB360's - Speak No Evil, See No Evil, Hear No Evil-from build to blog

I used plastidip on my springs.

It was on levers, not mine and possibly not roughed up or cleaned well enough.
Seemed a bit too much like wrapping a busted balloon around lever.
The dip is thicker than the spray

HAHAH...busted balloon.....
Yeah it definitely takes more than one application from a rattle can. For quick build-up dip is surely the way to go.

PJ, question on the hub turning. Front looks relatively easy however my rear has a stepped down section on one of the fins. Any ideas how this could be turned?

Also any thoughts in whether this would affect the hub strength? 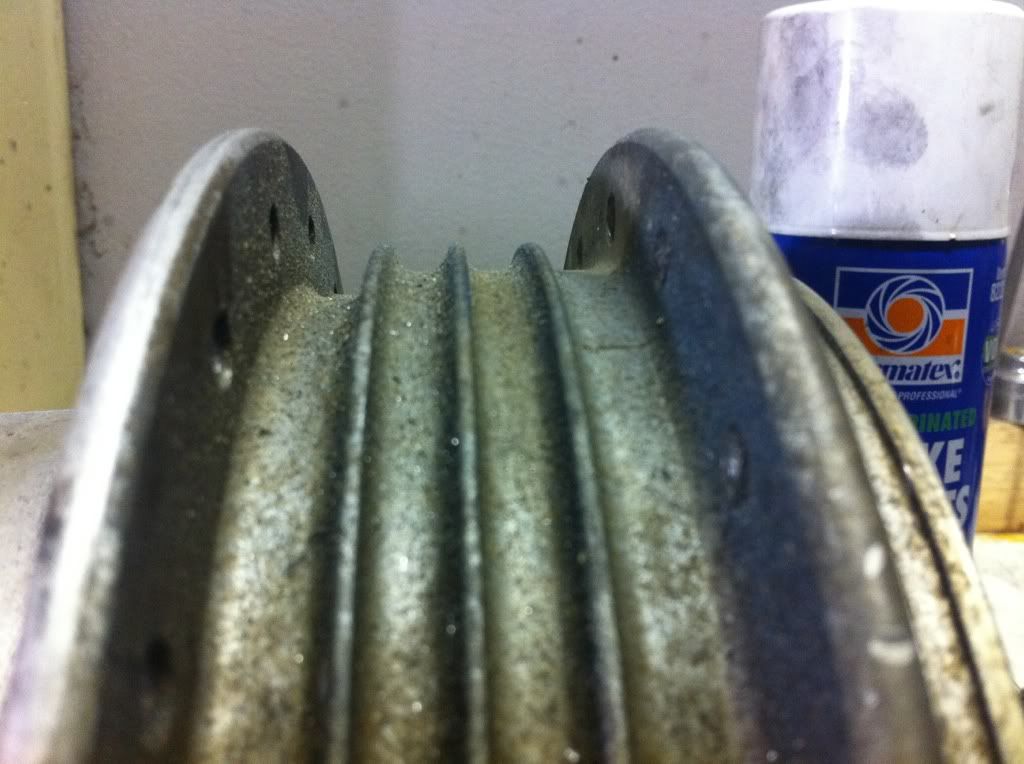 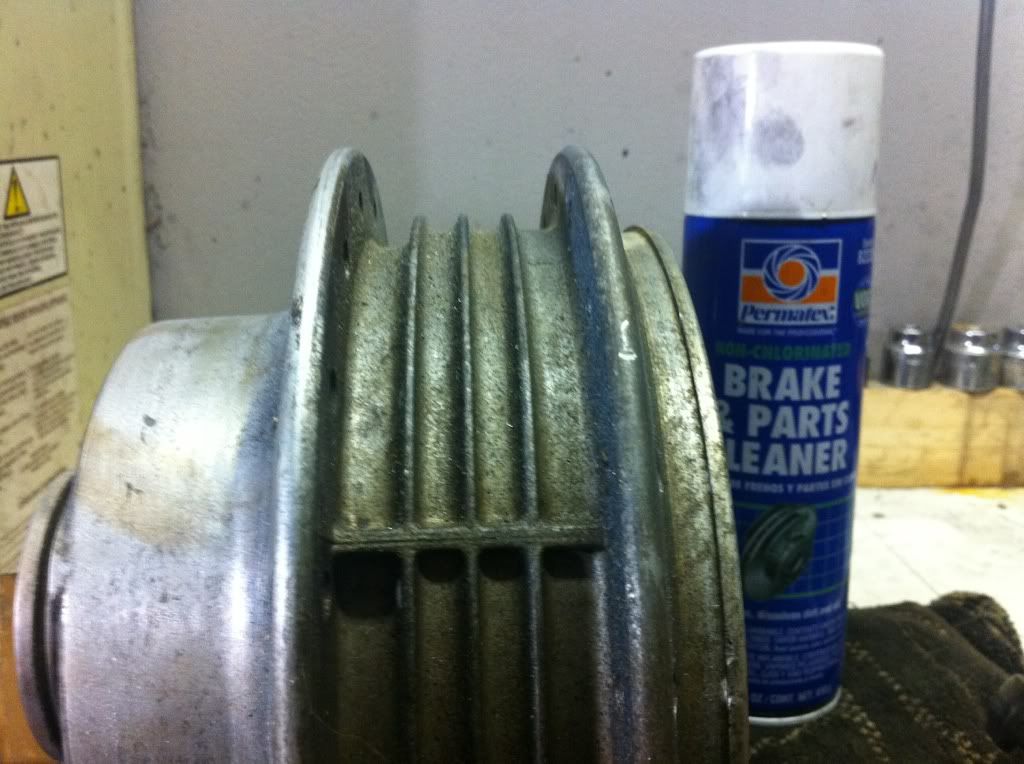 
crazypj said:
I wouldn't remove the 'fins' on a rear drum but I have removed the ribs between them (pages 5 & 6)
There isn't any way to make the hub 'look good' (except mine )
Click to expand...

That's what I meant PJ, the cross sections and round smaller fins in the hub centre. I was keen to mill these down in the front and rear like you have done. Are there any concerns with affecting hub strength?

What's the problem with smoothing out the centre on the rear like you did on the front PJ?

Drum brake, it gets hot and expands/contracts.
Don't know if it would weaken enough to fail but I'm afraid to find out

Well, I can't do much but I can supervise Brendon working on his bike.
He fitted new fork gaiters, drilled disc and modified sprocket cover/lifter mech.
While front end was apart, un-seized brake pivot and painted fork lowers gloss black (I did get to do the rattlecan with appliance epoxy 8) ) 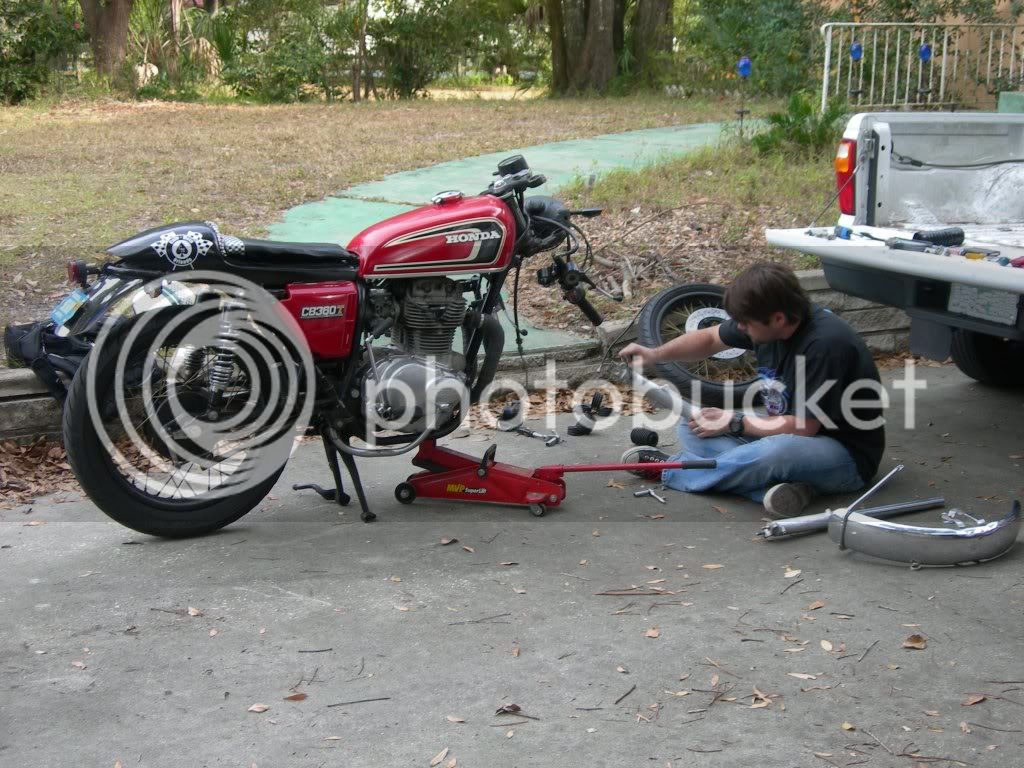 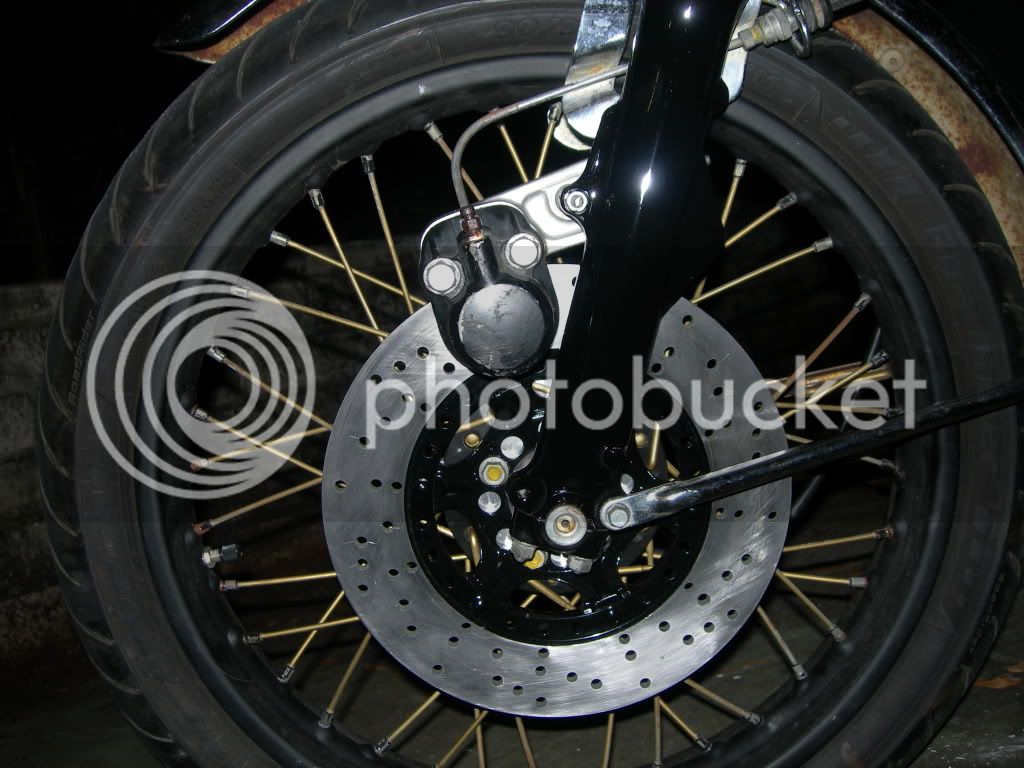 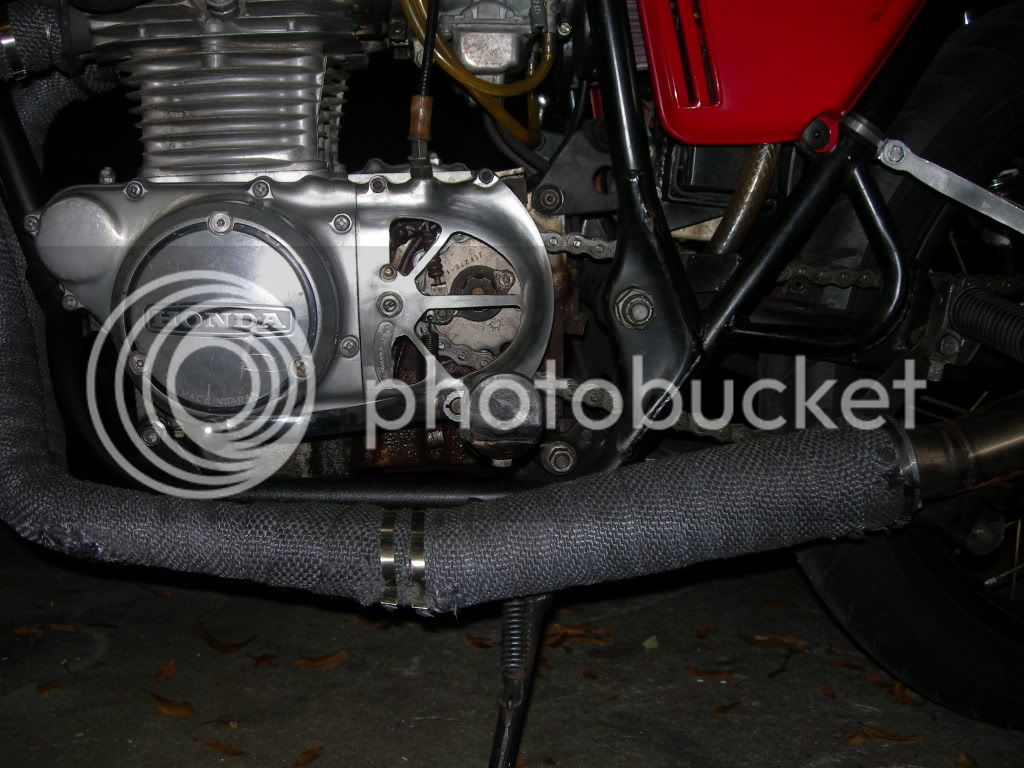 Also, a picture of modified exhaust
GP end can to extend it and an internal baffle to reduce diameter to 1-1/2"
It may look a bit funky but longer pipe works amazingly well (plus, it's the only one of these I've ever seen)
It's a lot quieter and MUCH faster (with K&N +modified carbs)
STOCK engine is pulling an indicated 105 and still slowly building speed (rearset next?) 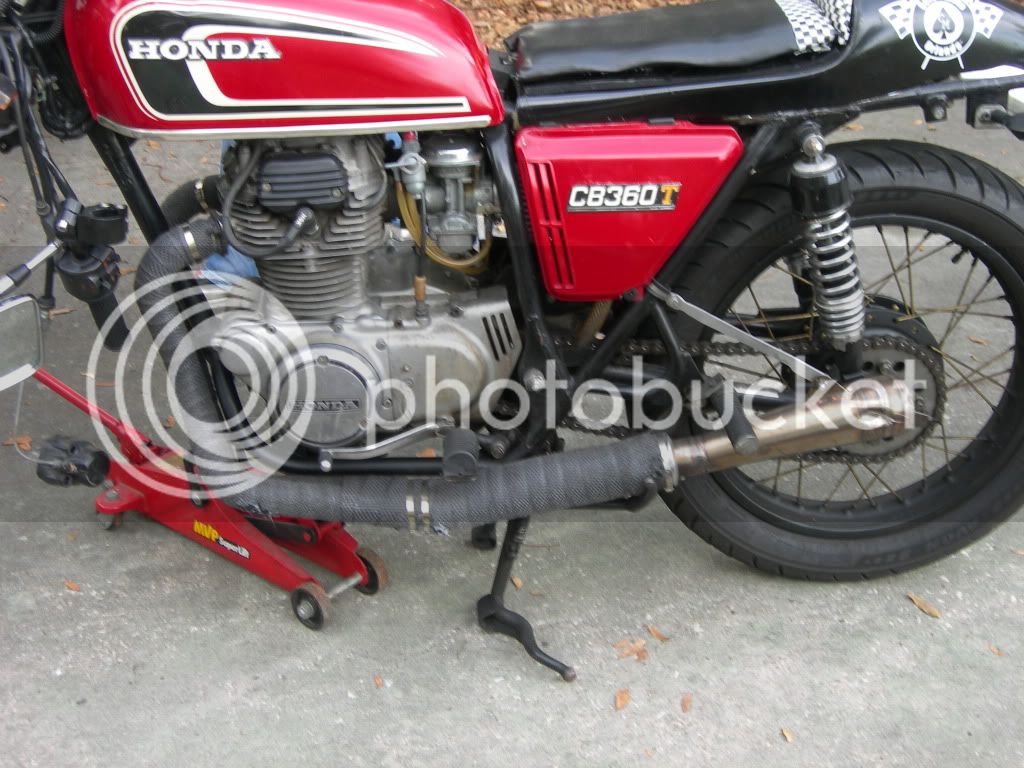 Here is today's 'finished product' seat is going to be done properly and clip-on's under yoke when rear-sets get fitted
Fender is going to be painted sometime, (next time he gets fired up to modify things ;D )
I think red to match tank? 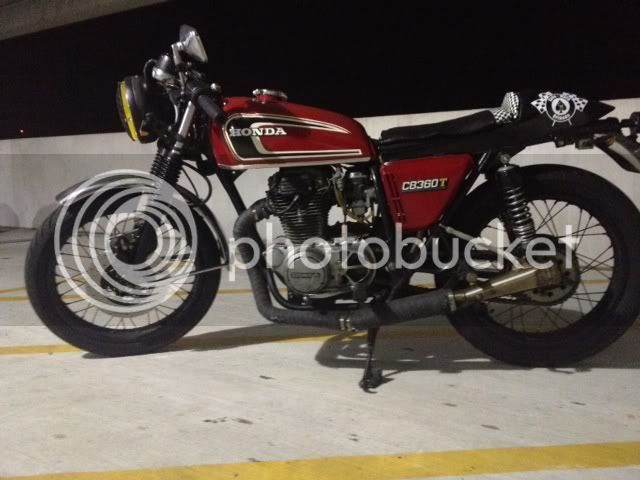 Hey! I didn't know it was you guys I sent the Harris can to! Glad to see you were able to make it work; I'd love to hear how it sounds.


Ringo said:
Hey! I didn't know it was you guys I sent the Harris can to! Glad to see you were able to make it work; I'd love to hear how it sounds.
Click to expand...

Hey Chris... Tis I with the Harris can. see this video for sound.

That sounds great. Funny how even though you're using it on a twin, it's got some of the same tones as on my I4. I can definitely tell we're using the same can. This was just after installing the new one :

Sorry for the hijack, PJ!
J