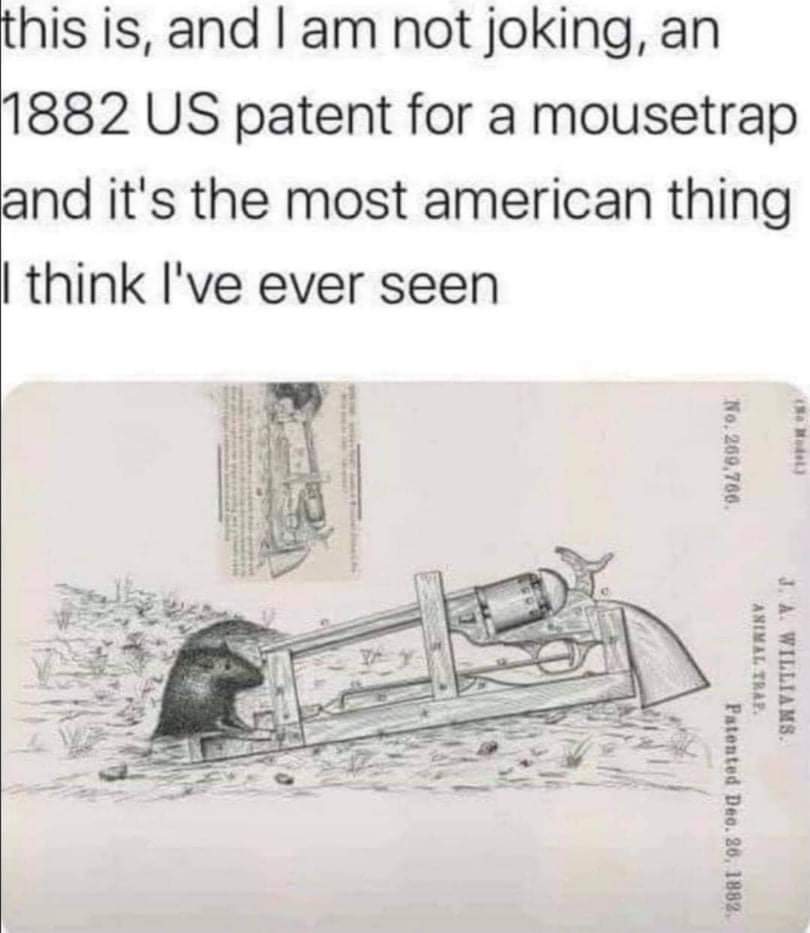 ^^^ is awesome. I grabbed this off the bay. 3rd shift brushless impact. Uses my 18V makita batteries. Was 65 shipped vs 250-300 for the branded one. Seems well made. If it lasfs a few years I'll have gotten my money's worth. Haven't tried it on any bolts yet but will tomorrow when I service the yaris.

I've had one of the 3/8 harbor freight impacts for a couple years. $130 with a battery and charger, might not be as good name brand but it works pretty good for bike use.

I bought a 1/2" Baur corded at HF and it kind of scares me that it might twist some off. I'm never beyond the reach of an outlet or extension chord at home.

Maritime said:
^^^ is awesome. I grabbed this off the bay. 3rd shift brushless impact. Uses my 18V makita batteries. Was 65 shipped vs 250-300 for the branded one. Seems well made. If it lasfs a few years I'll have gotten my money's worth. Haven't tried it on any bolts yet but will tomorrow when I service the yaris.
Click to expand...

Update. This thing took lug nurs off in lowest power/torque setting as good as my pneumatic and way more convienent. Wish I found it years ago.
W

Regarding the squirrel issue, you are dead right to exterminate them. In my previous 2 homes i had tremendous battles with those little tree rats. They do so much damage that you don't ever see. 1st house they chewed up all my patio furniture. That was an A-frame house so at least they didn't get into an attic. I started snuffing them with my 22 with cb-short rounds. I think i got 18 in a 2 month span. 2nd house (round 1) was a nightmare. Large old Tudor home with big attics. Tied live trapping. Caught about 6 and relocated them. The wife is an animal lover and adamantly insisted on releasing. I took them about 6 miles away, because as mentioned, anything less than 3-4 miles and they will find their way back. Finally called a "Critter Gitter" to come help when the live traps quit catching. He patched holes and got rid of a few. Said we had buckets full of walnuts in our walls from them. These were Pine Squirrels. Round 2, were the big fat Fox squirrels. Same ordeal. Trapped a few then called a different "critter gitter". He was worthless. Just put up traps on the hose but never got anything. Let the traps on my house for months without checking. Finally told him to come get them off my house. Had one die inside the wall. NASTY. Filled my son's room with thousands of flies from the return duct vents. I think that smell chased the others out. Round 3 - FLYING SQUIRRELS. Actually had one of these boogers get inside my house. That was fun chasing the little guy around the main floor. Kids thought it was a mouse. Finally got him and relocated. This time i just put up some exclusion traps to get rid of them. We no longer live in that house... thank god! Always had the worry in back of my mind that they'd chewed threw wires somewhere and wondered when it would spark.

We had cats for years that killed every squirrel or mouse that got close or in. They have all passed and waiting till Holly is a little older to get a couple more. The first year we were catless we had mice running everywhere. I had to set traps all through the house. Caught over 20. When I insulated I spray foamed a lot of the house and that cut way down but they still get in every so often. Peanut butter and snap traps are the only thing. Bb gun for squirrels outside. Rat size snap traps with pb and seeds will get them inside. No human or humane trapping here LOL
R

I've eliminated 14 squirrels in less than a week. They haven't tried to get back in the attic since I started popping them, but if they are on my roof or in 1 of my trees I'll shoot them. I'm out of the colobri 22, so pellet gun is doing the job.

I keep the pellet/BB at the pario door. It opens to the bird feeders. When aNy 4 legged fuckers get at them they go by by.
R

Same, I've got the pellet gun by the back door. But instead of feeders I have a big old pecan tree in the yard. So I wait till they are in the tree and pop them.

DTT SUPPORTER
DTT BOTM WINNER
I'll willfully continue the off-thread topic about squirrels and other vermin... it's been a longtime problem here. When I first came on the scene there were occasional bats. Once I got that situation cleared up gray squirrels came to the fore. The neighbor is a chronic feeder-filler but he's a pretty decent guy and neighbor so we don't complain too much but the little vermin having a constant buffet out there doesn't help. I managed to get the population thinned out to manageable levels with judicious trapping and relocation...wayyyyy out in the country. Then the little red squirrels and chipmunks. Those little devils make me wish I could use a gun in town because they are usually far too wile to be caught in a trap. I did manage to trap two of the red squirrels and both of them, when released, instead of tearing off like the grays, ran a couple yards away from the trap then stopped and just sat there looking at me. Creepy! Now the reds and chips aren't much problem but for a time a moron neighbor thought it was ok to have a family of raccoons living in her house. Those damn things were all over until we sent the city in. How it's feral cats! I like domestic house cats just fine but these do-gooders around here think they are doing everybody a favor by putting out food for all the wild cats in the neighborhood just don't seem to get it! Cats in the wild are extremely destructive and multiply far faster than rabbits! and finally, the aforementioned neighbor's bird feeders also attract other wild animals: 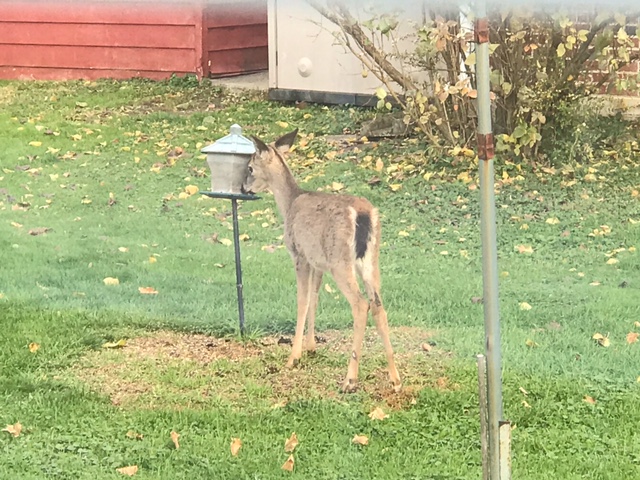 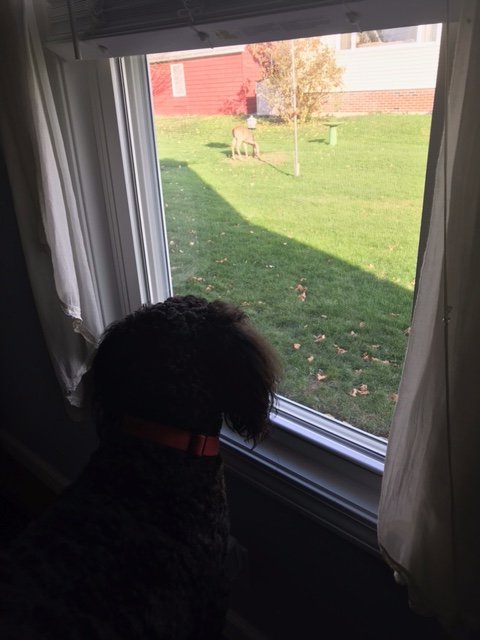 We don't get squirrels that big around here.

CarbsAndCylinders said:
We don't get squirrels that big around here.
Click to expand...

I call those ones Assholes

DTT BOTM WINNER
My cattle dog manages the squirrel population in my yard. We have a pecan tree, so they love it back there. Alice gets one or two every week. It's pretty hilarious to watch them in the back yard barking at each other. She waits them out and as soon they hit the ground, she traps them in the peach tree, which is much smaller. Then she bounces off the trunk of the peach tree and hits the branches inevitably knocking them out or waiting them out again for their attempt to get into one of the big pine trees. She can reach them within the first 8ft or so. It's pretty awesome to watch this dog strategize the hunt.

DTT BOTM WINNER
Last couple. A Roll In band saw, and a Hawk GT this morning.

J-Rod10 said:
Last couple. A Roll In band saw, and a Hawk GT this morning.
Click to expand...

Been wanting one since I saw a friend's. Ended up buying his.