DTT BOTM WINNER
May not seem like much, but I massaged the frame with an inset under the peg so I can get the collector up a bit. In doing so, I gained an inch of clearance. It’s going to make a big difference in right lean...

One inch gives a hell of a lot more lean angle. If you ever need it.

Lean angles are kind of important.

I lost some lean angle on my 750 with the exhaust I put on.

DTT BOTM WINNER
Alright folks, so here's the bizness. As you know, right before Barber, I installed this Murray's Carbs kit. I was over the PD carbs, and Murray has always promised me I will love this kit. He was kind enough to quick ship them so I could have them for the weekend. At that very moment, I started going through insulator hell, and insulator hell continued until this week. There are some crappy aftermarket insulator kits on the market and the 77/78 stock insulators are not the easiest to come by. So, when I was at Barber, I bought the K0-K6 insulators to see if I could make them work. I then bought some 77/78 insulators from a guy on Hondachopper.com and another set from Ebay. Neither were leak free. I kept thinking the carbs were lean at the top end and not quite right in-between. Lots of conversations with Murray, and lots of going through my motor for me. Went through cam timing, valves, ignition timing, sprayed boots, etc. Nothing revealed itself until a few days ago when the #1 carb started going significantly lean. As the same intake feeds #1 and #2, but #2 wasn't lean, I knew there was something going on with the insulator. So, on a whim, I pulled the k7/k8 insulators and installed the K0 - K6 insulators. This is my review:

Holy Shit! This, my friends, is a drag bike with no engine modifications whatsoever. It pulls like a freight train. I have no times yet, but I can tell you it tops 80mph between the light at Furys Ferry Rd and Warren Rd on Washington Rd in Augusta. Google Maps says that's between .1 and .2 miles. It's right at 1/8 mile. There's was more left in the throttle, I just didn't want to die. 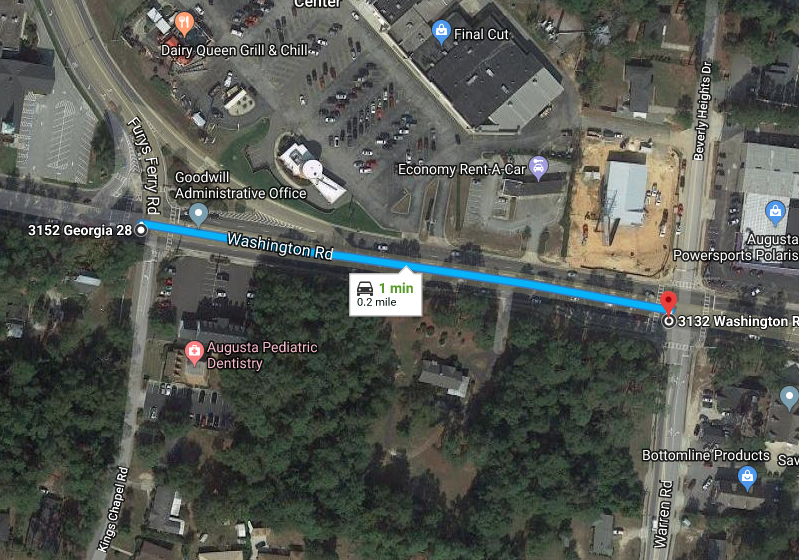 Regardless of scientific data, this is an oh shit, white knuckle carb kit. One which requires good grips and a sticky seat. I'm running a 16T front sprocket, so I expected more bottom end, but I didn't have high hopes for the top end. To give it a go, I got onto I-20 and sifted into traffic. I picked my moment then, from a 75mph cruising speed, I hit WOT and again about lost my shit. It pulled as hard at the top end as it did at the bottom. If there's any skepticism whether or not running two carbs works, I promise you they work amazingly well. I'll be reaching out for Dyno time to get really concrete numbers. I know for one, it's made me hungry to go 836cc.

To recap, this is a Murray's Carbs kit running on a 77 motor with pre-77 insulators. As posted before, I installed the intakes backwards and plained the face of the intakes at an angle to give the carbs a little more outbound placement for this frame. If the frame was stock, they would fit with no modification. Then, I rotated the insulators to level the Mikunis at 15°. 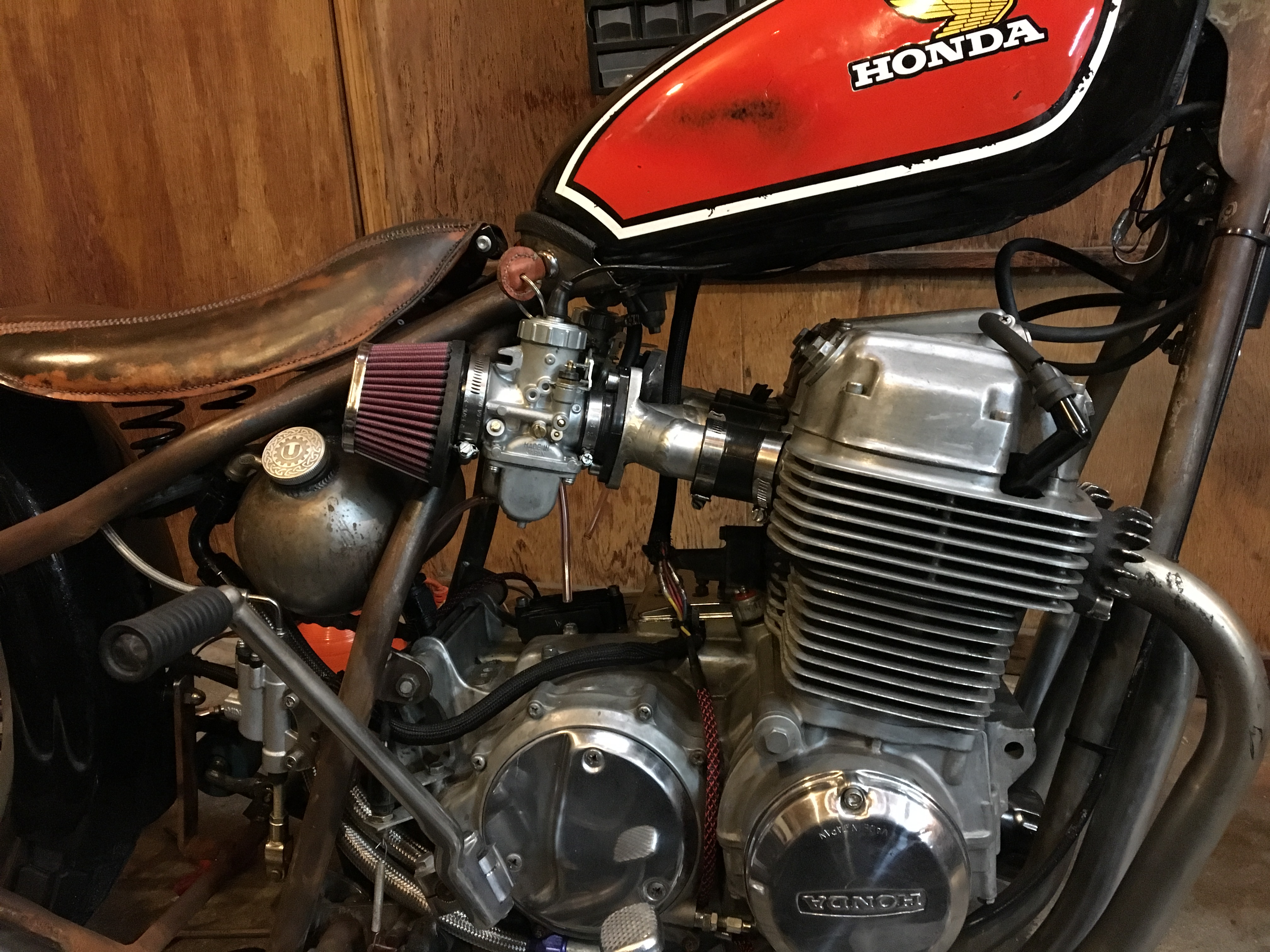 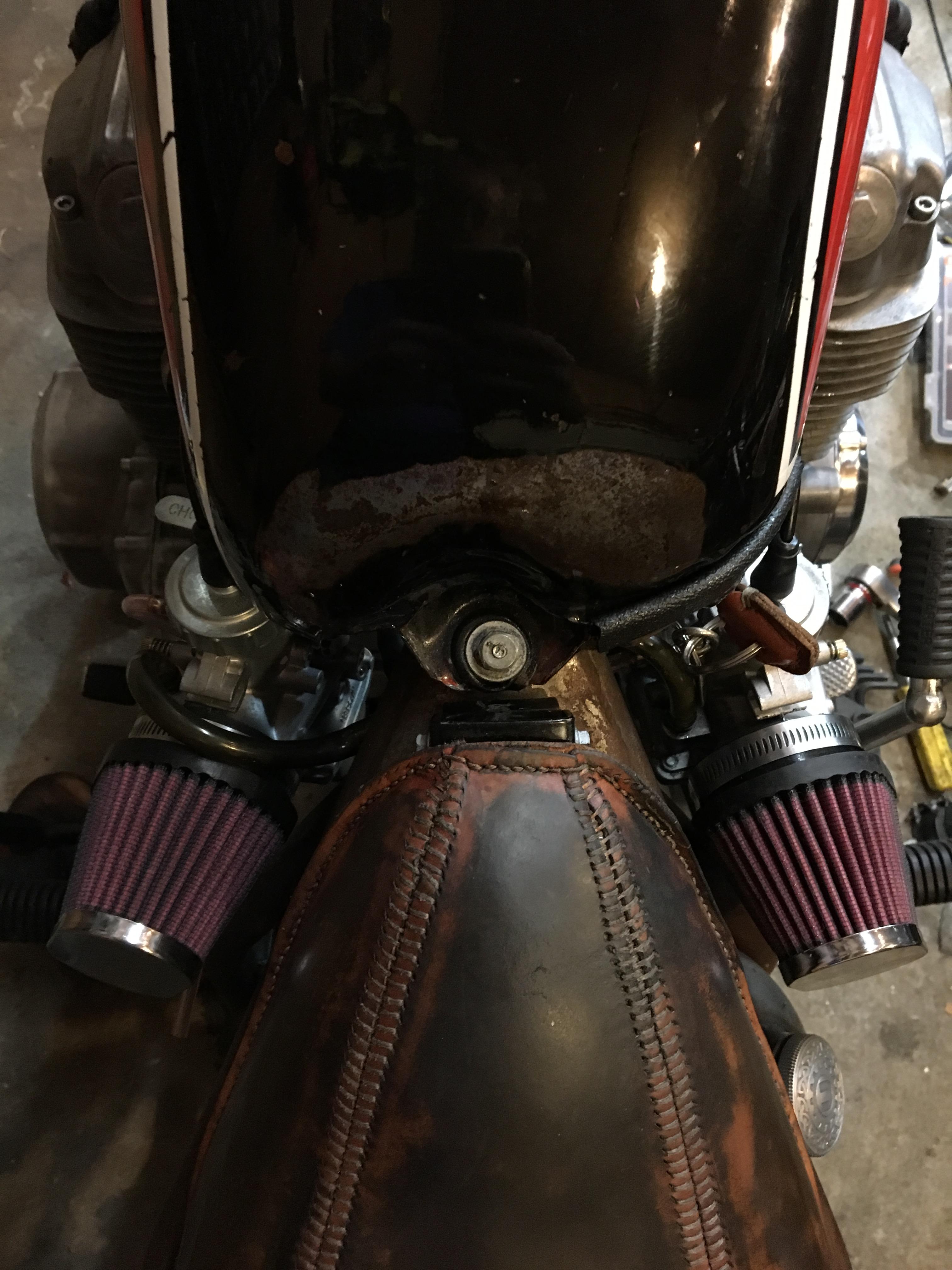 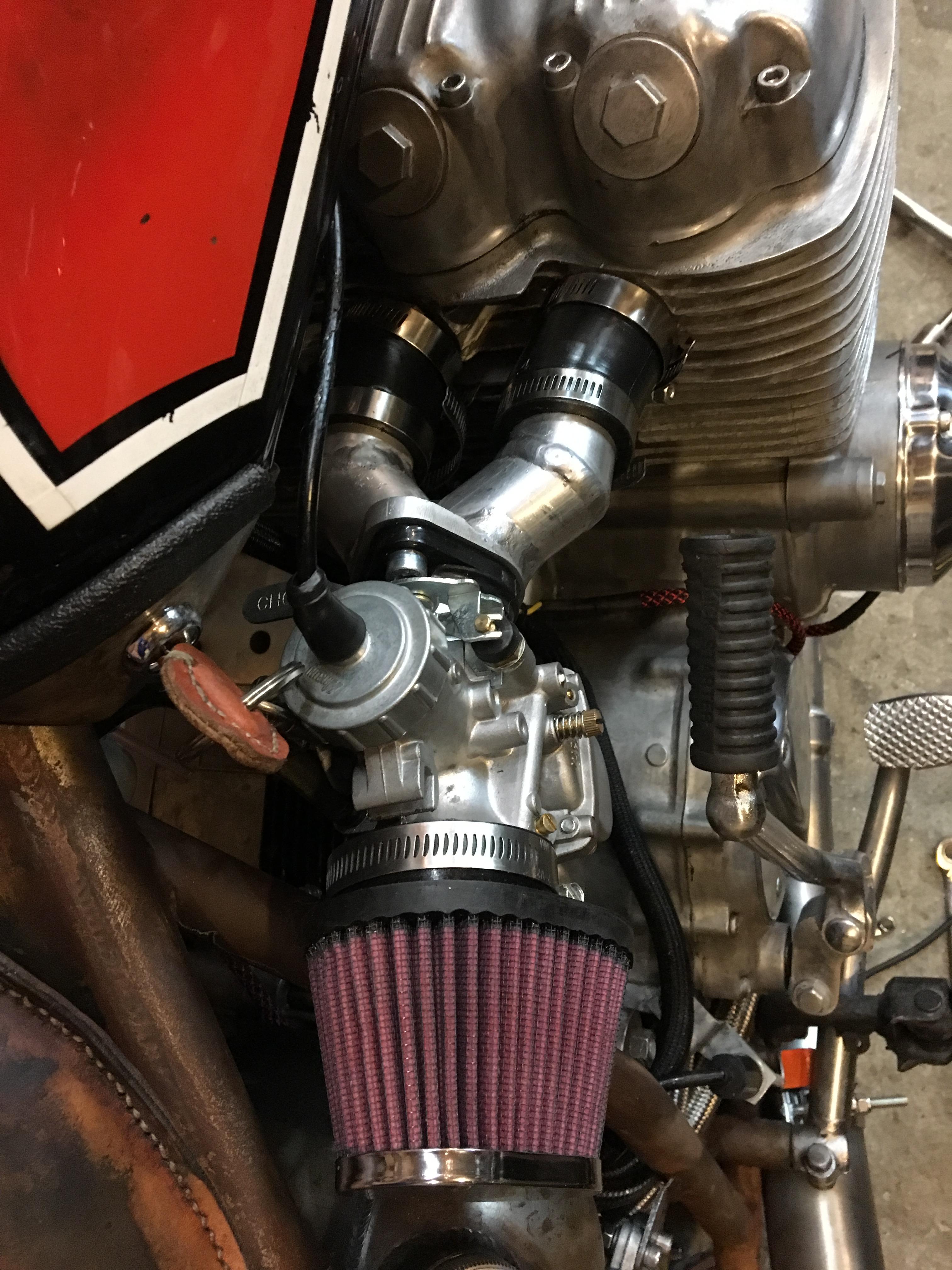 DTT SUPPORTER
i can feel the shit eating grin

wait till you get the clutch in and grabbing

DTT BOTM WINNER
And all is right with the world again!

i will go get it if you want

DTT BOTM WINNER
Might not win me any cool points, but I installed a Tarozzi fork brace to slow my roll...

Smart move. Id do the same

Plus, it gives a place to mount a temporary fender should you need go ride in (or after) the rain. It may have been early 70's, but I still vividly remember the front tire on my Triumph chopper pumping water from the road UP my nose!

It's still cool. now it's smart as well!

irk miller said:
Might not win me any cool points, but I installed a Tarozzi fork brace to slow my roll...
Click to expand...

Glad to hear you finally got it running good! How can a fork brace not be cool?