Project "Caroline" CB350four And so it begins!

The seat was made by west-eagle, and was ordered through DCC. It is excelent quality with very nice double stitching and the pan is very sturdy, with built in threaded gromets at the rear for mounting. I am very happy with this purchase as the quality exceeded my expectations. I will be removing the west-eagle tag that is sewn in however, as I do not like the orange and black, nor do I care to advertise for the company with this build. I want it to look as if it is a honda factory seat.

DTT BOTM WINNER
Sweet! I love the seat! Gettin closer to it man!

Those seats are nice. How heavy is it? I recall they have a steel pan..... And be sure to post pics of it mounted on the bike too!

+1 on the seat! Hope the new job is treating you well, despite the long hours.

the seat is very light, this one has a fiberglass pan.

Props on the seat! Sure looks better than my home-made version, but the lines look very similar. Is is specifically for the "F"?
...and from DCC ya say. Get it on the bike and take a pic!
N

Hey Twisted, I know this is an old thread, but I'm wondering if you still have the photoshop files for the gauge faces you made? I've been trying to redo mine but my gauges are in much worse shape than yours were and I can get a clean scan of them. I promise I won't steal your design, I really just need to get the markings right.

Twisted just moved recently and I don't know if he has his internet hooked up yet, but I'll call him and tell him to check here. I think the faces may still be for sale over at dime city cycles though...
N

Cool thanks. I misunderstood, I thought he made the faces. I do vinyl graphics so I can do my own, I just thought if he had the files it would save me some design work. But I'm not trying to take food off the dime city table.

He does make the faces but he sold a bunch to dime city for them to distribute.
M

Wow!! I know this is an old thread - I'm just blown away and hoping to see more!!

Cudos for such an outstanding job and documentation.

ARISE!!!
Hey y’all. I’m just here to blow the dust off this thread and do my second build thread take over. I’ve always known where this bike has been and I’ve kept it in my mind that I’d like to get ahold of it and finish it as intended.
Earlier this week I took a long ass drive to pick her up. 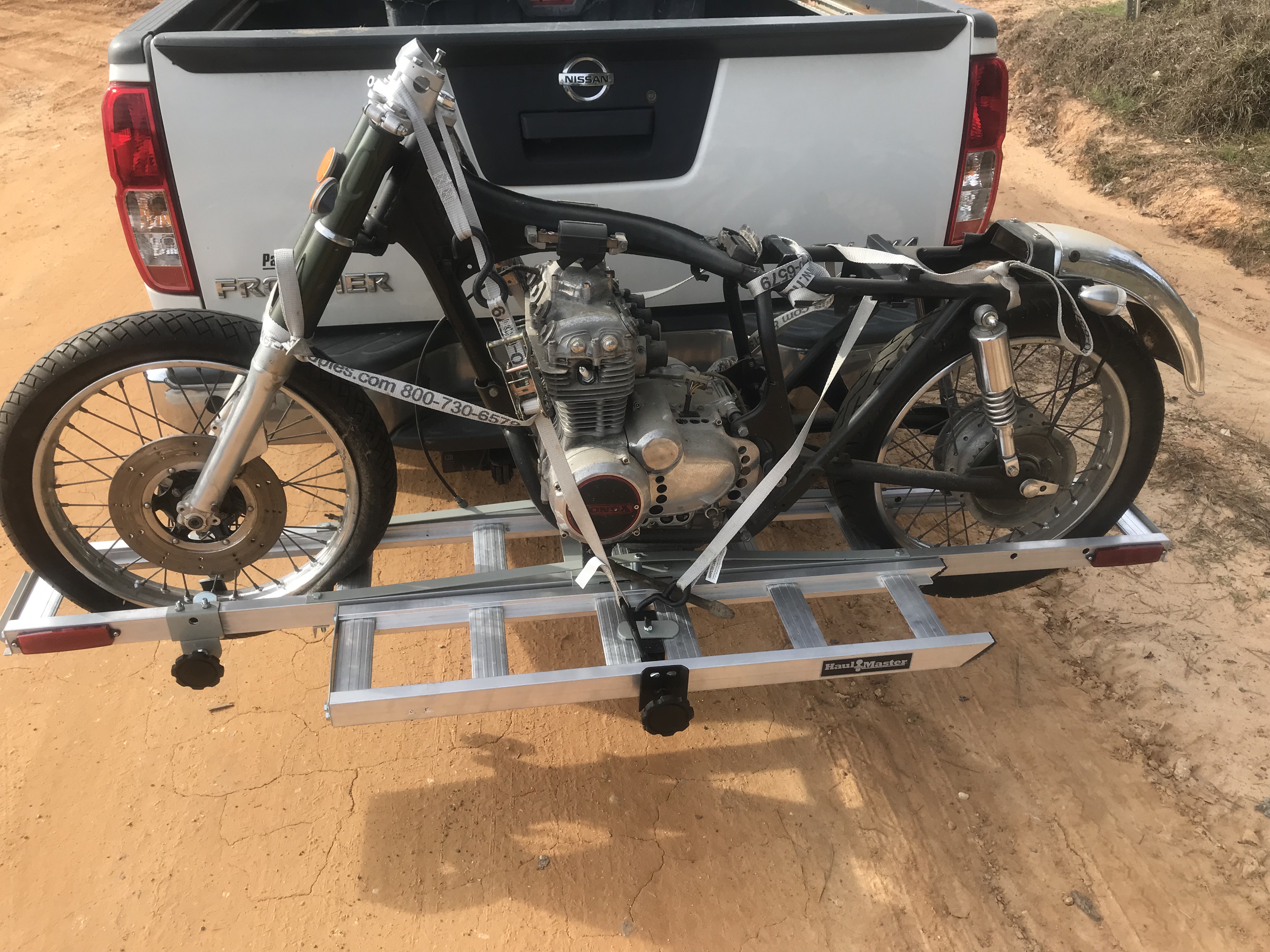 The bike came with all of the choice bits Brandon had accumulated for it, so that was nice. It has also received a full engine rebuild (6-7 years ago) and some frame modification since this thread was active. 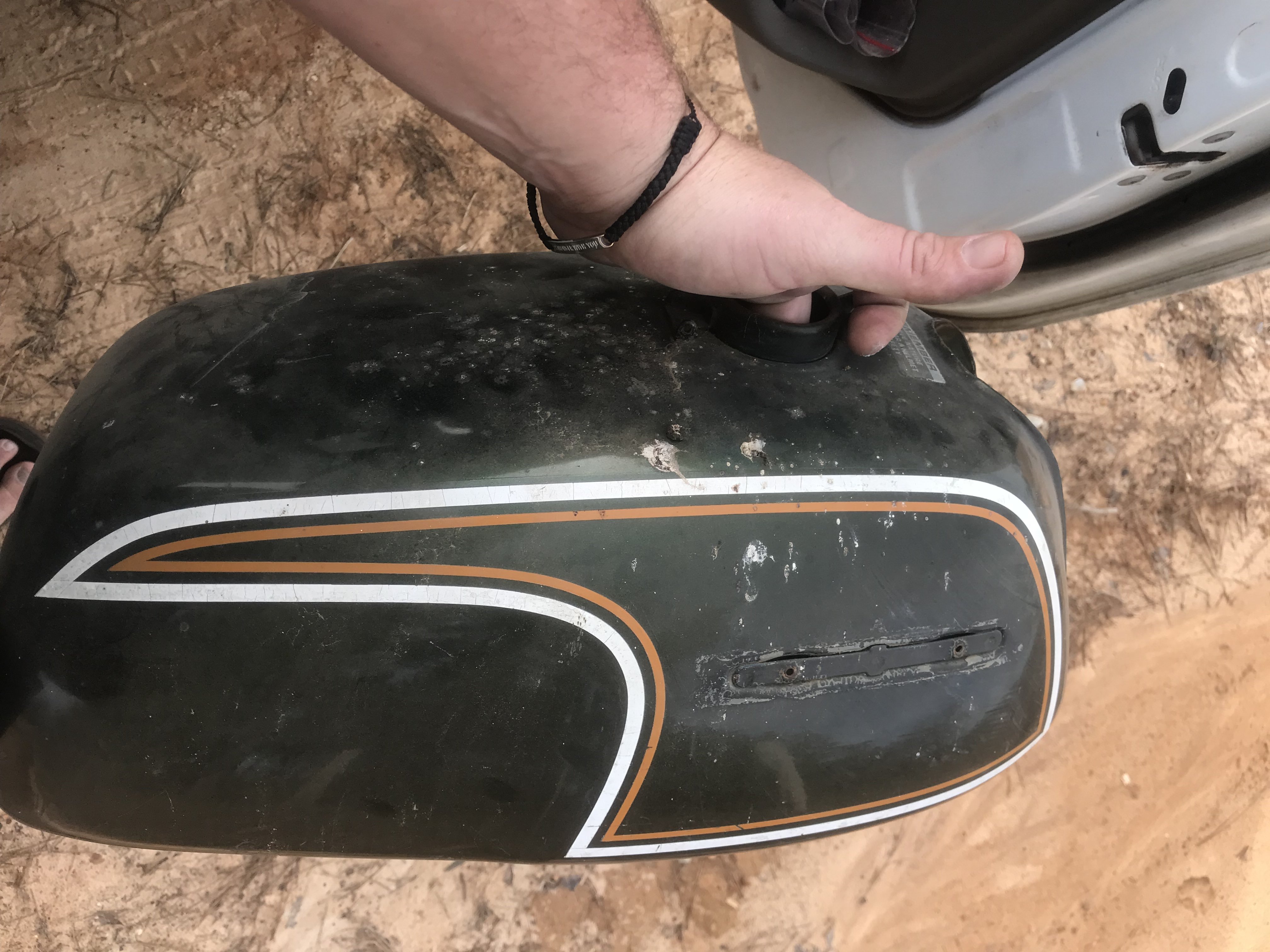 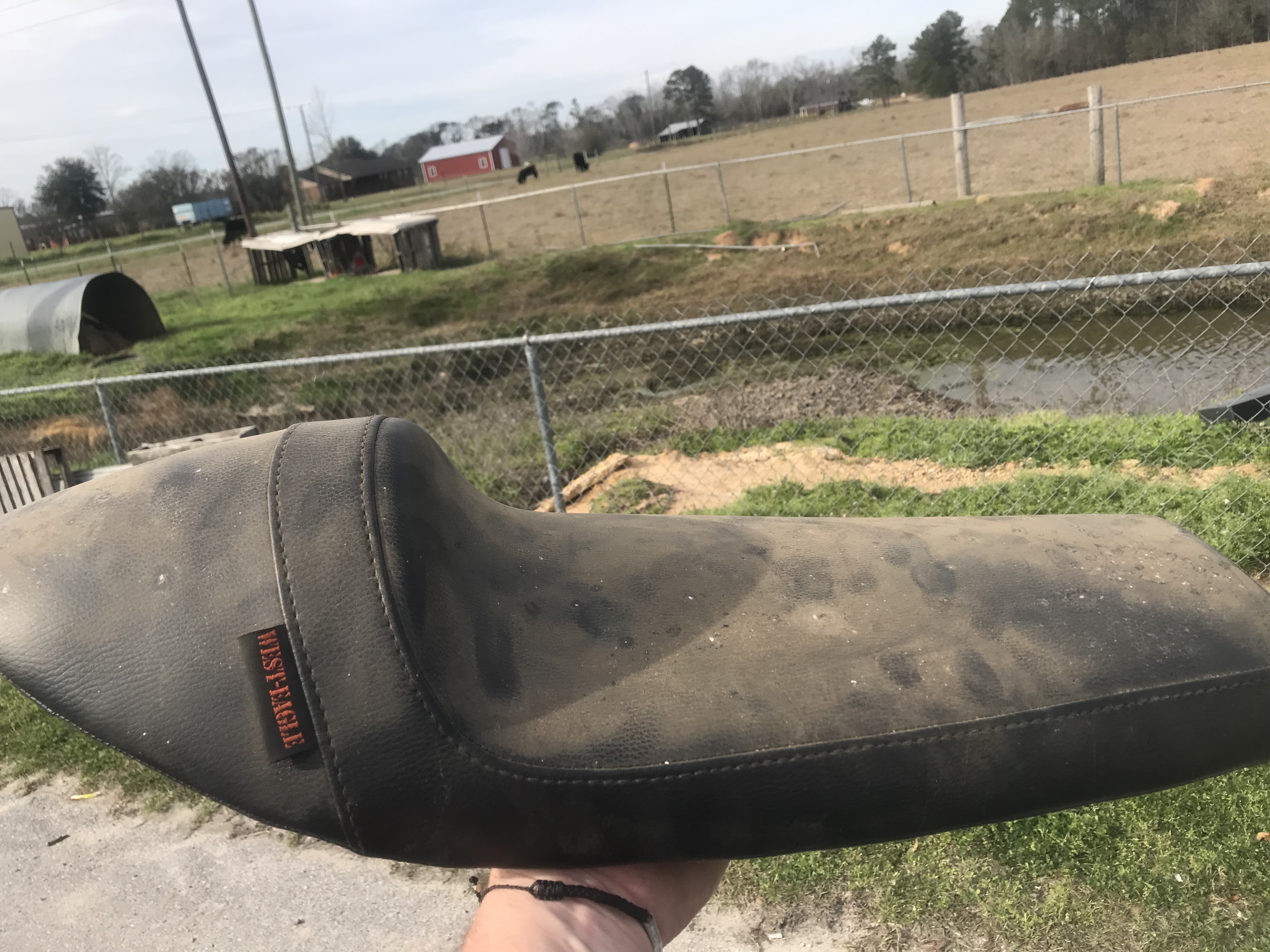 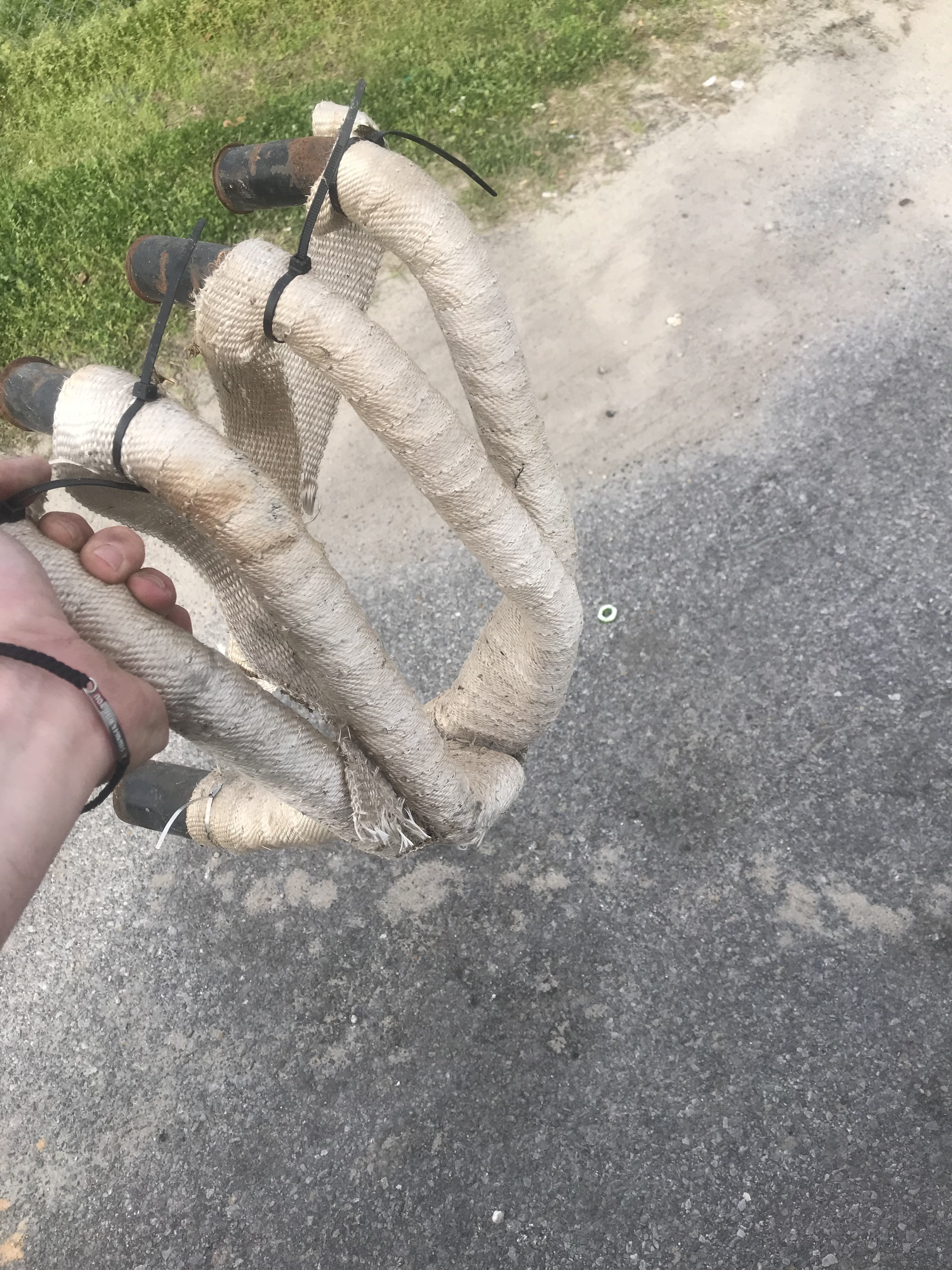 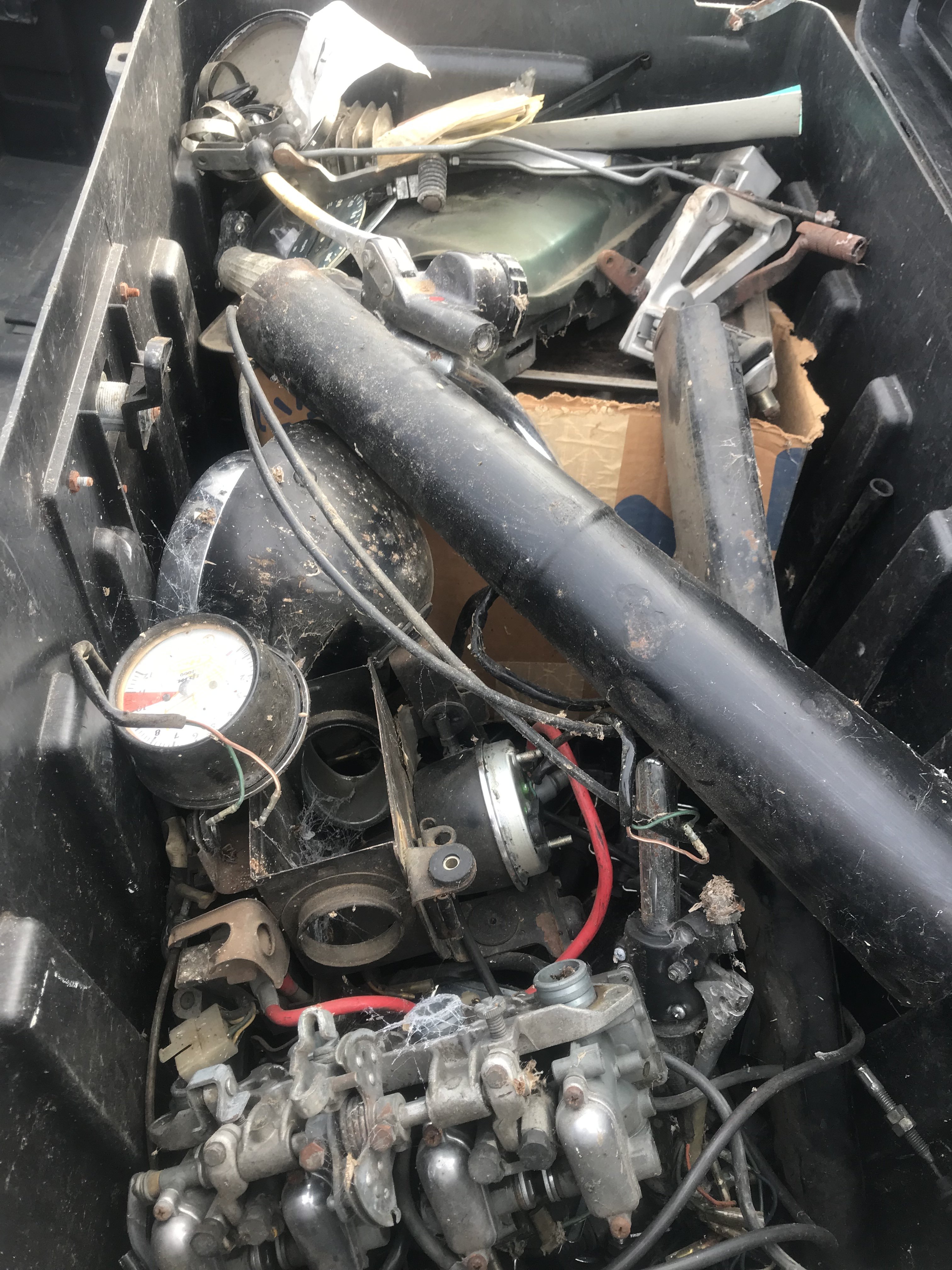 Once I got it back to the shop I threw some bodywork and handlebars onto it so it didn’t look so sad. 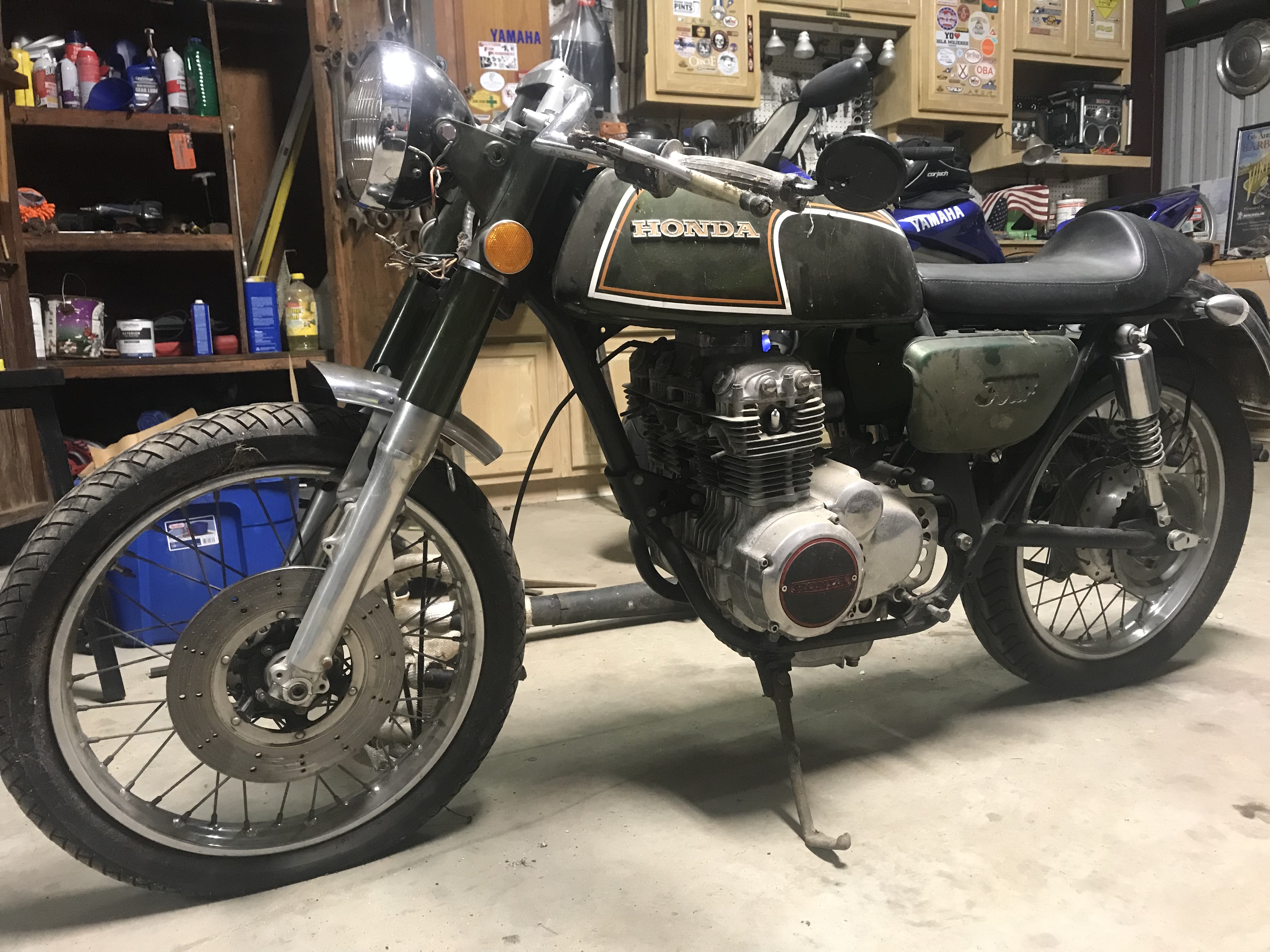 And inventoried everything that came with the bike. 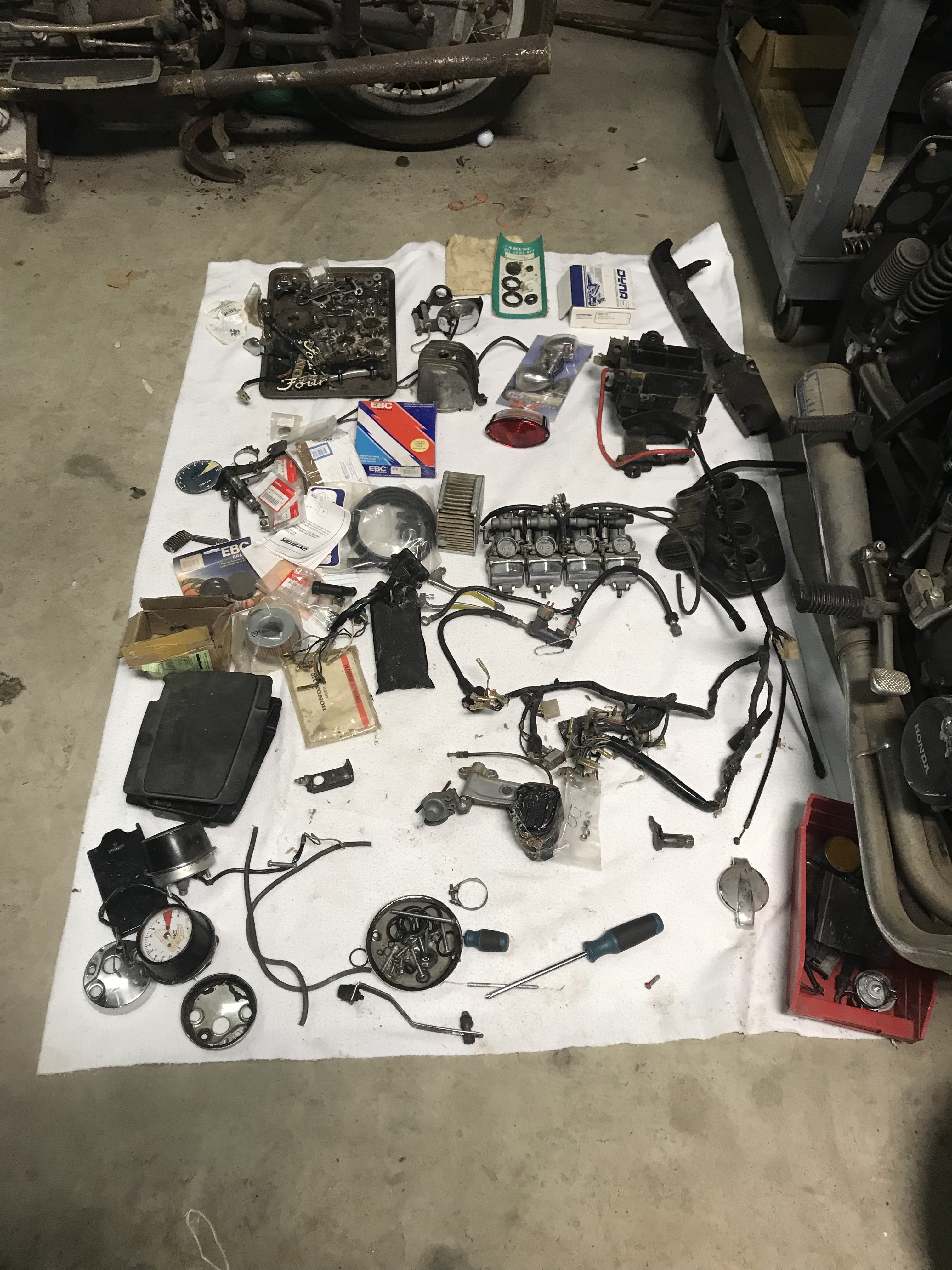 I also wanted to test fit the rearsets. They bolted right up after drilling filler out of a few of the holes. 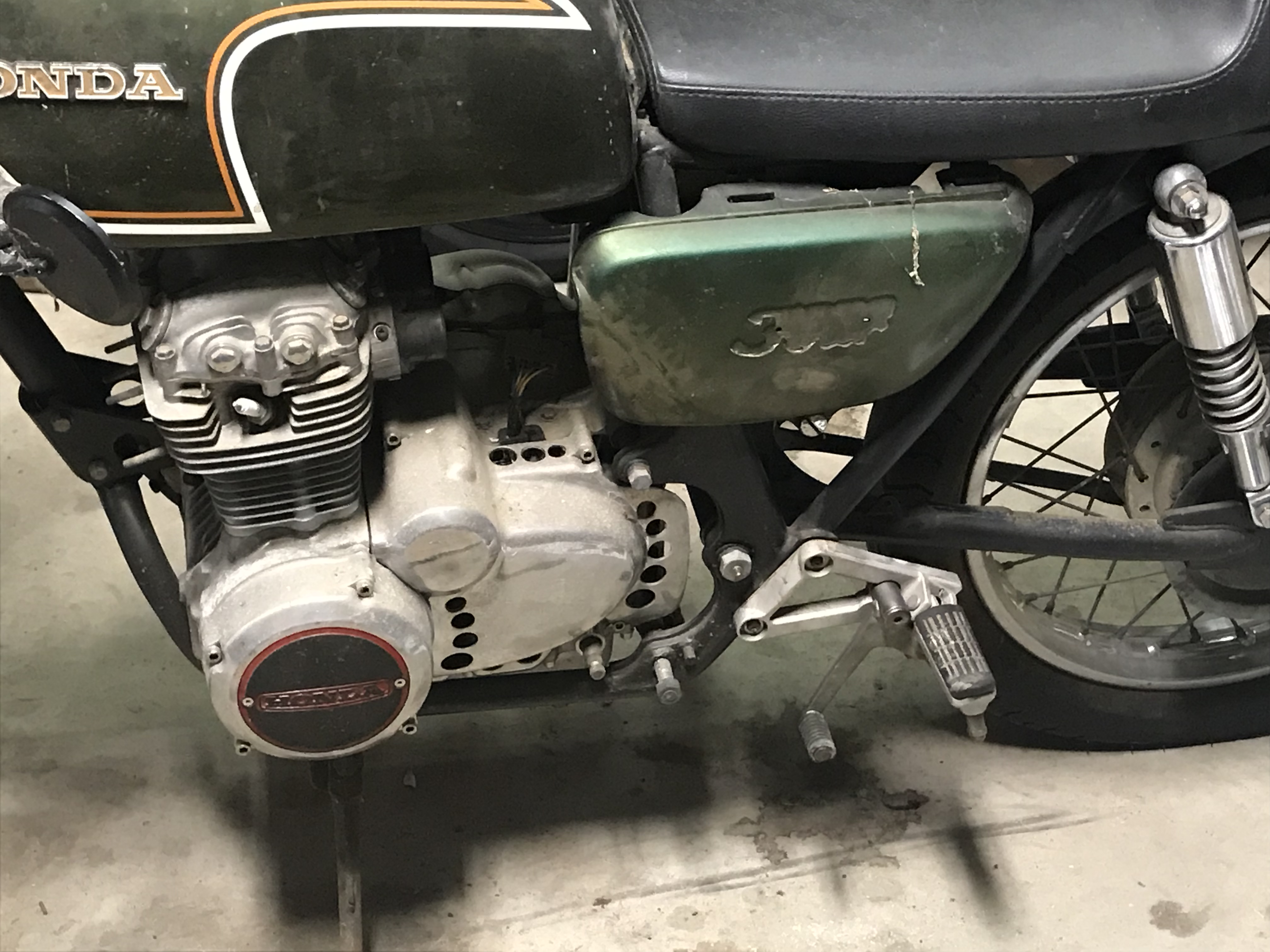 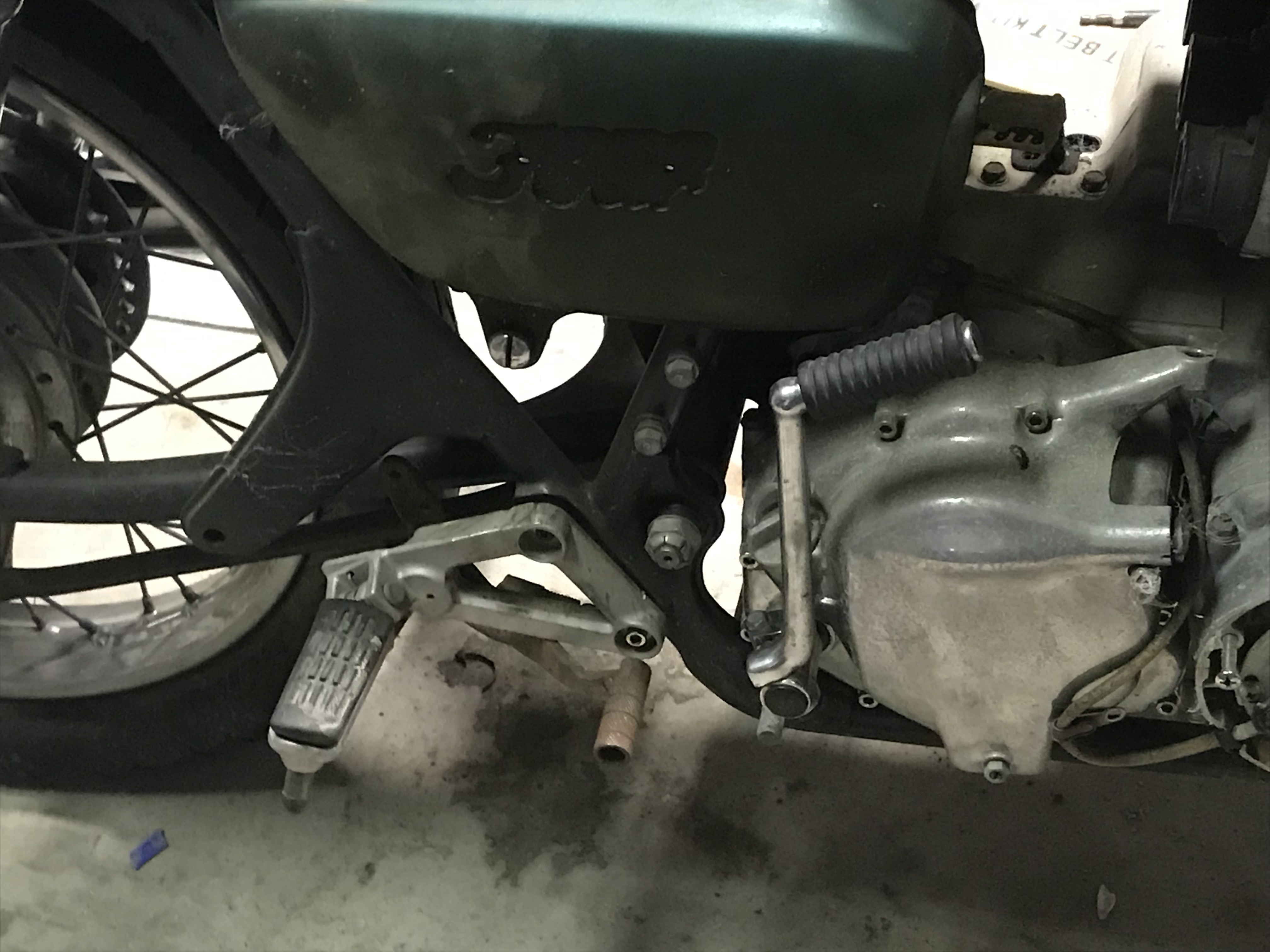 The brake lever interferes with the kicker. But I’ll either adjust it so that it clears or modify the kick lever.
The big thing is I can now sit on it and make vroom vroom noises.
The plan is to clean and assemble. I have the og wiring harness and it doesn’t look terrible, so I’ll try that before getting a new one. But the next visit will be all cleaning. And probably a few after that.

DTT SUPPORTER
DTT BOTM WINNER
Pretty darn sad that I've been hanging around here so long that I see an old build like this one and remember when it was a new and active thread.

ridesolo said:
Pretty darn sad that I've been hanging around here so long that I see an old build like this one and remember when it was a new and active thread.
Click to expand...

I’ll be ressurecting one even older sometime soon.

Deviant1 said:
I’ll be ressurecting one even older sometime soon.
Click to expand...

Deviant1 said:
The brake lever interferes with the kicker. But I’ll either adjust it so that it clears or modify the kick lever.
Click to expand...