Project "Caroline" CB350four And so it begins!

their tech department is great bud

DTT BOTM WINNER
We use a digital pyrometer on race bikes just to see what's going on and rarely see 200 on most of the fins. Around the exhaust it can reach 240 or so but not much more because it's a huge heat sink shedding heat.

If your head reached 600 on the outside, I'm sure it would have melted on the inside.

Put another way, if it works on an HD putting along so slow there's no air to cool it, then it should be fine on a cafe race 350....
J

my HD stays right around 220 on a really hot day, that is with a digital temp sensor, when i turn on the oil cooler drops it around 10*

So this will now be the engine color, Gun Metal Steel Pearlescent, this: 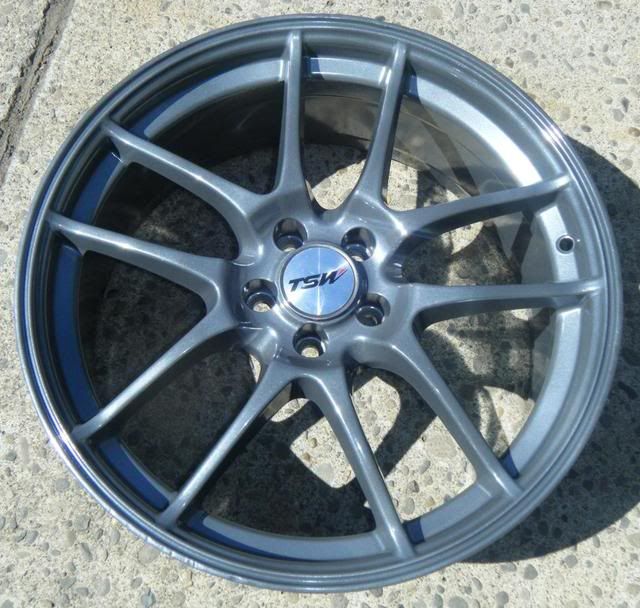 So hot. It subtle and striking at the same time. Caroline is gonna look like one of those elegant chicks that you know is hiding a tattoo somewhere naughty.

It has been a while since an update, but I have not stopped working! I have been quite busy, but I can only work small amounts of time at a time. I got in the shop today and finished several things I had started.
First up is the polishing of the fork lowers. I spent a good amount of time working on them to get all the piting out and remove the casting marks. I am pretty pleased with the result. first is one done compared to one that I have not worked yet. Second pic is both done and showing some bling in the sun. 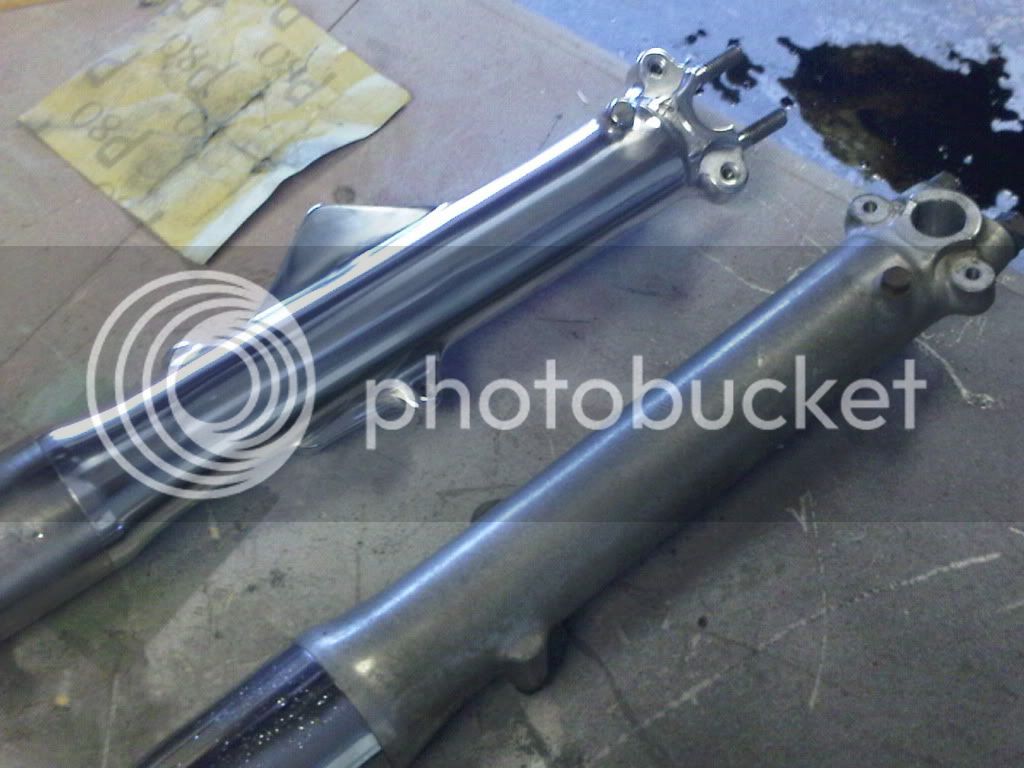 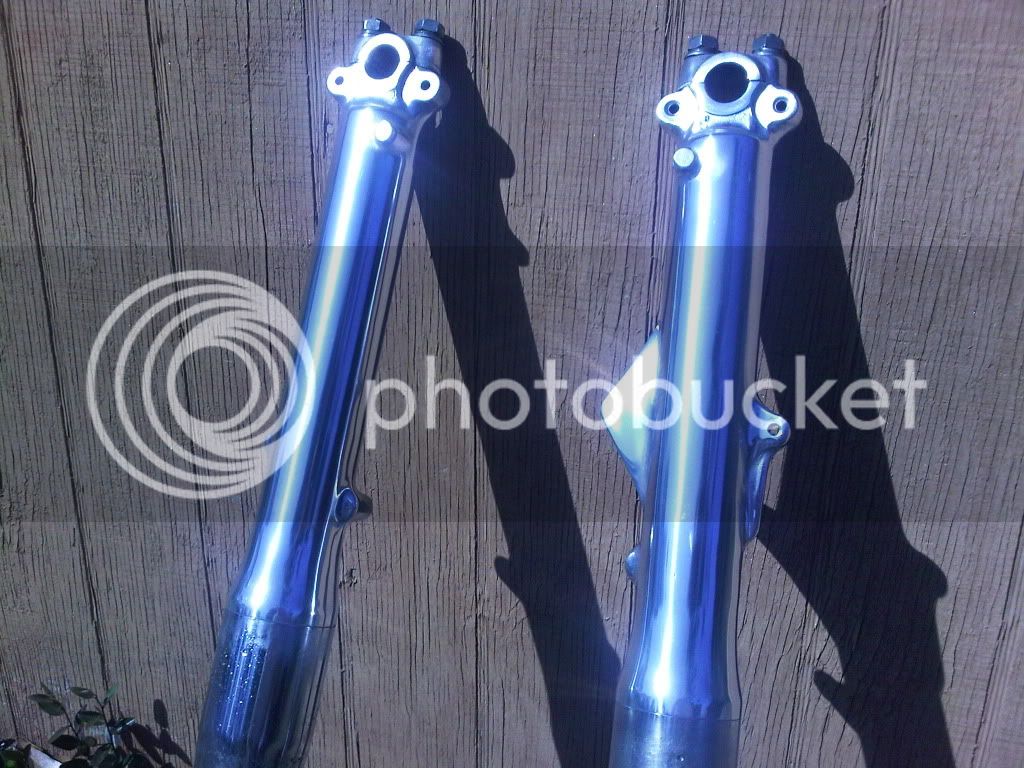 I got the engine out of the frame: 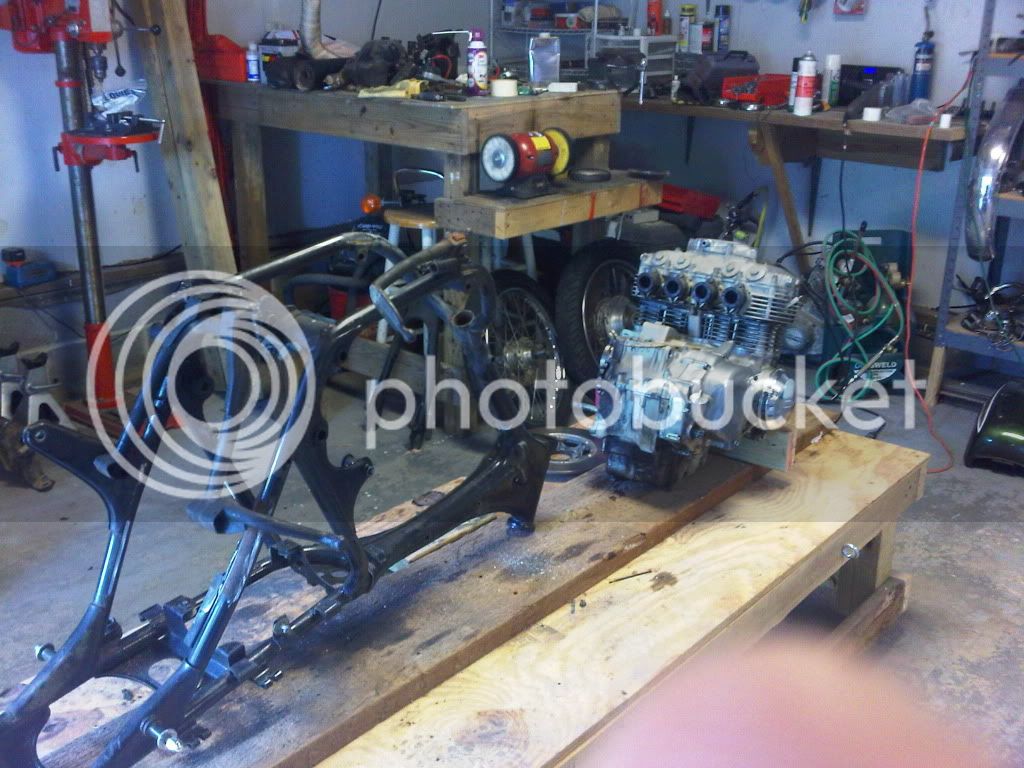 Then went to work on the frame. I cleaned up the area where I removed the passenger peg mount from the left side of the bike. 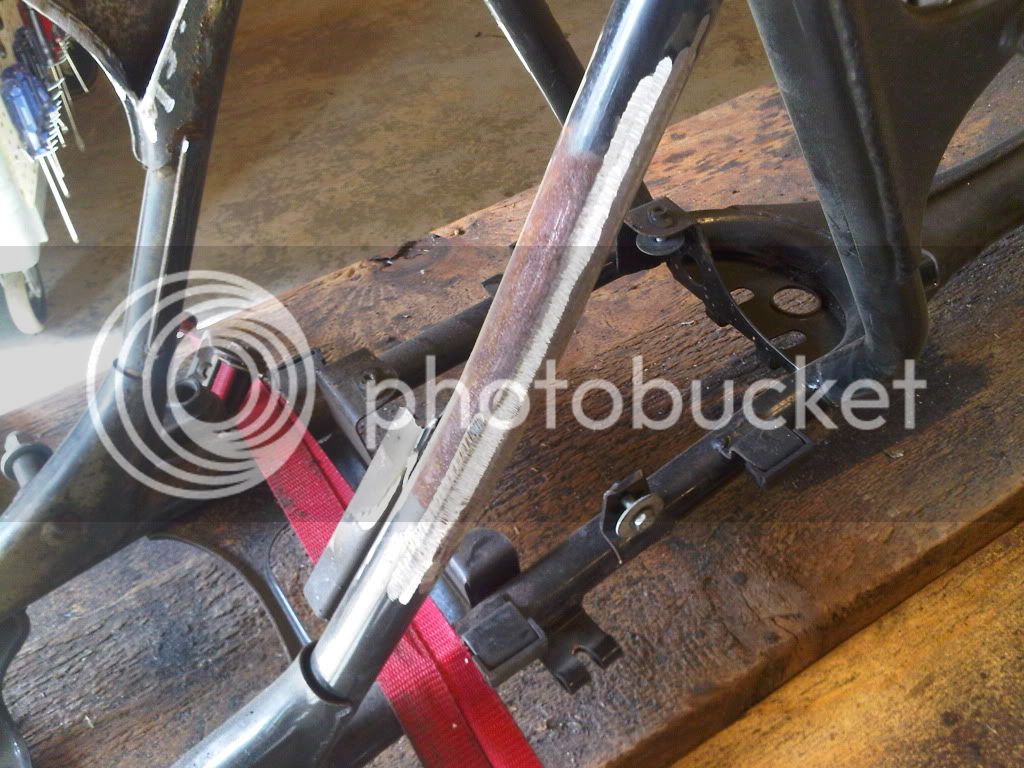 I removed the center stand and I am still working on cleaning that up. I also Removed the stock brake lever mount. 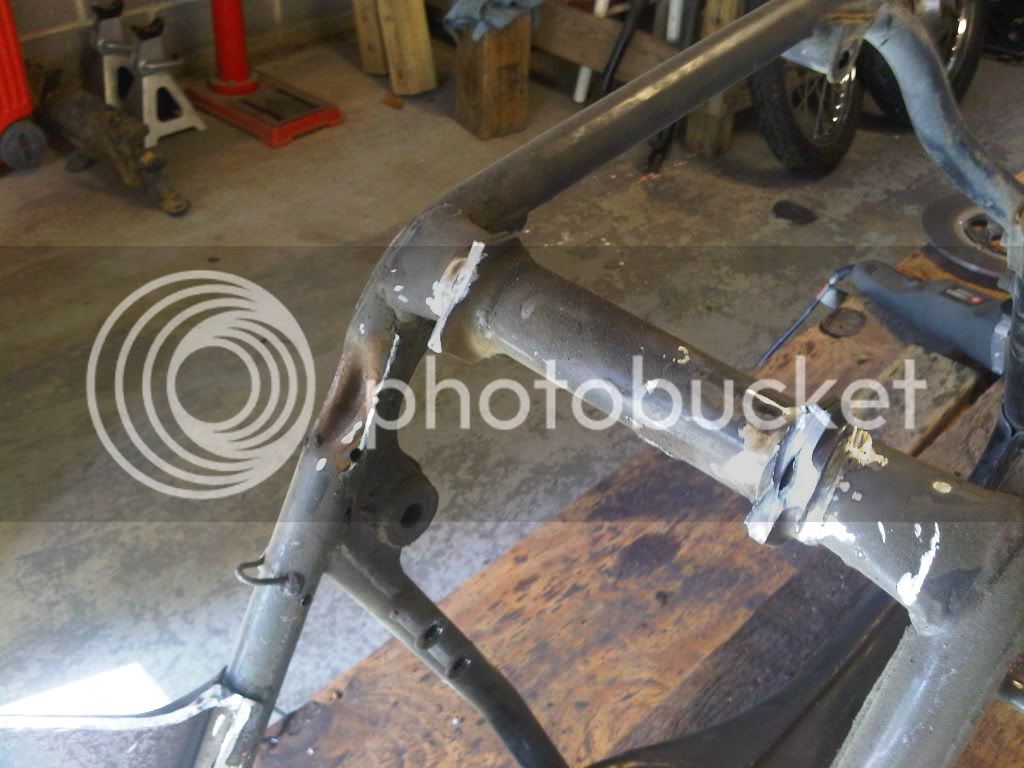 As for the other passenger peg mount, I am leaving it for the exhaust hanger, so I modified it. It does not need to be as strong to hold up the can, so I lightened it up some, and more lightening will be done later. 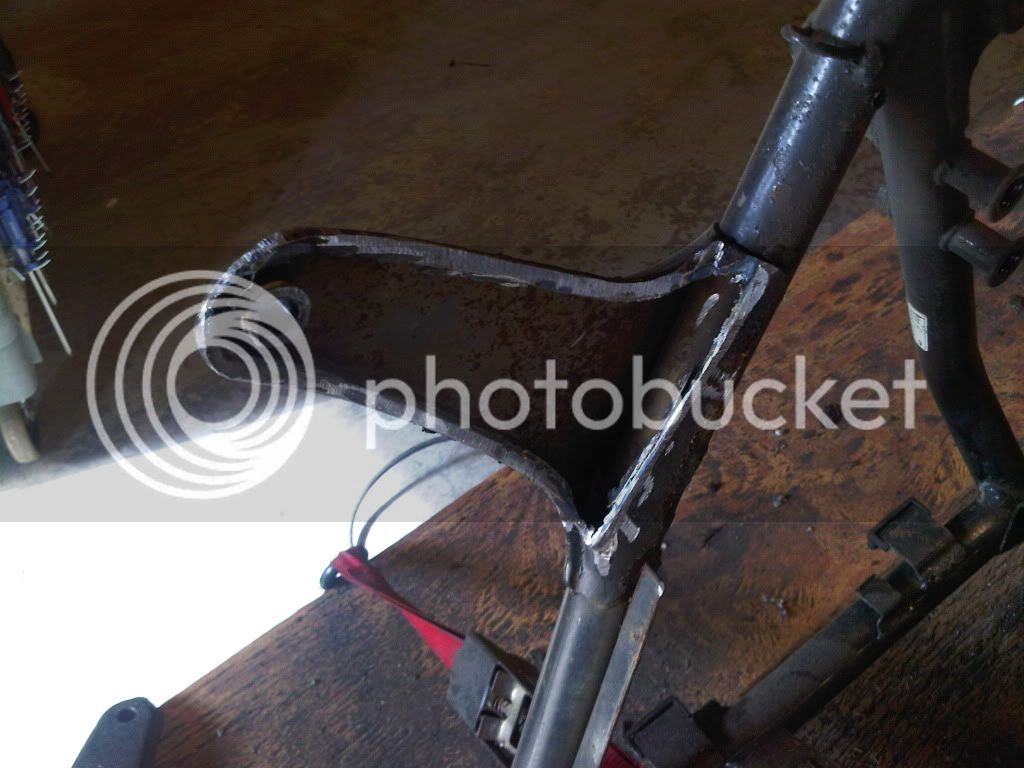 I also wound up really dirty, and Amy sent me straight to the shower! 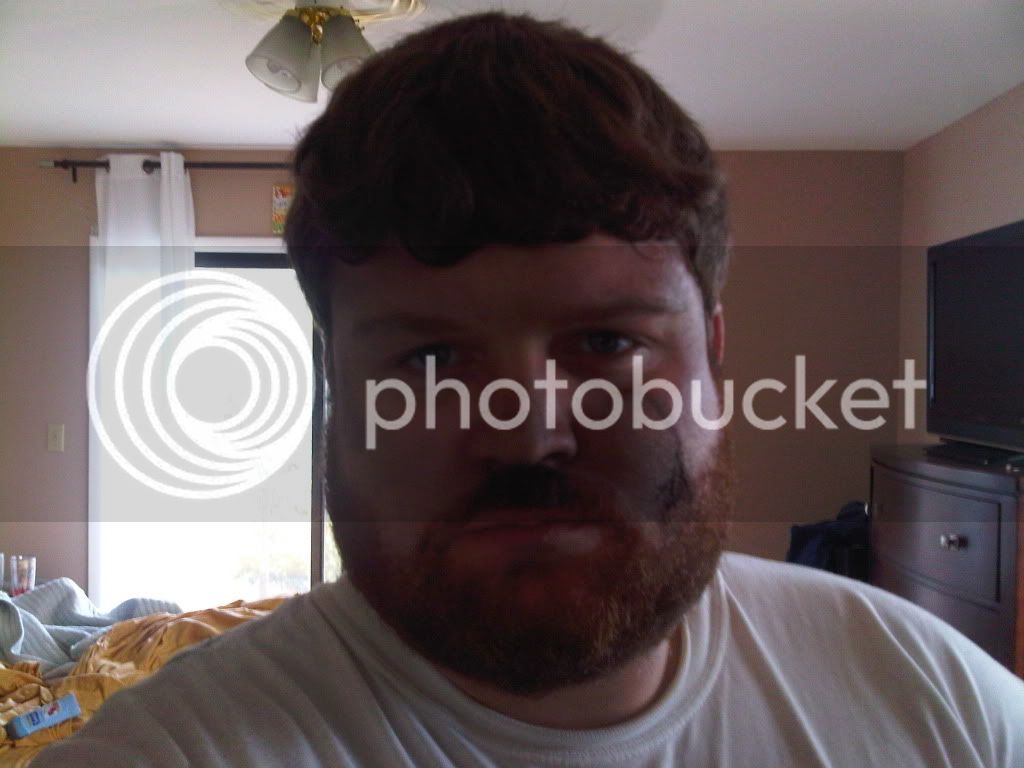 The green flag sets me free

Everything looks awesome Brother! Keep up the hard work!

I have been doing A LOT.....WHOLE LOT of sanding and polishing which gets old after a wile, so I decided I needed to get in touch with my inner louie and drill some holes in some shit! 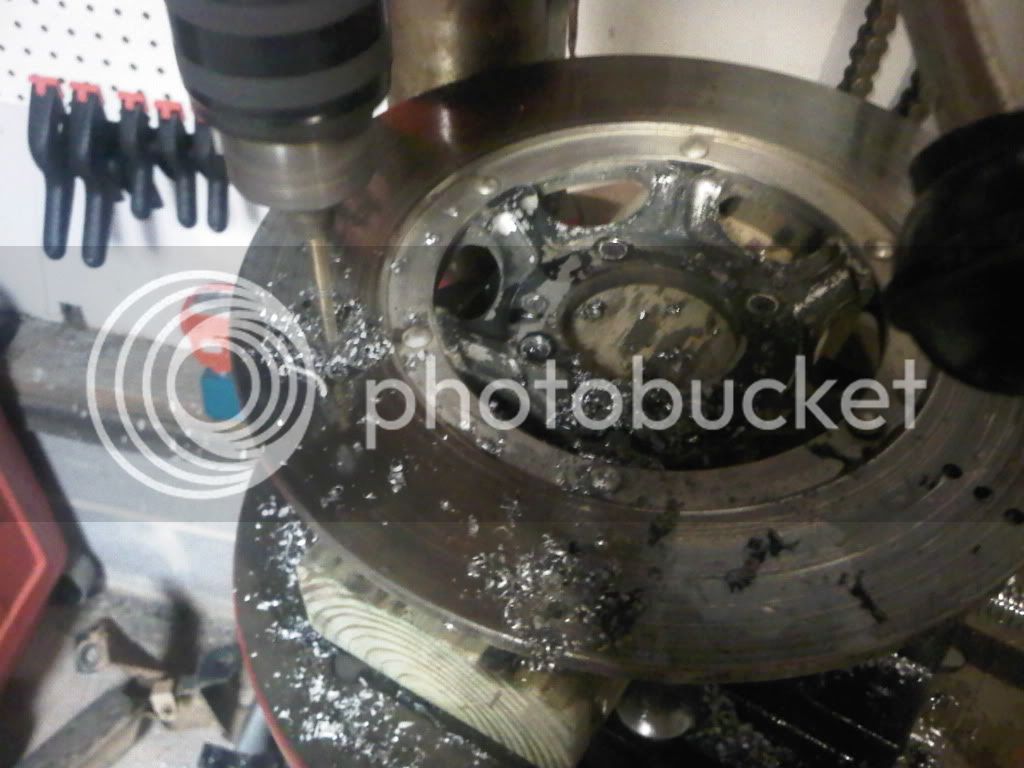 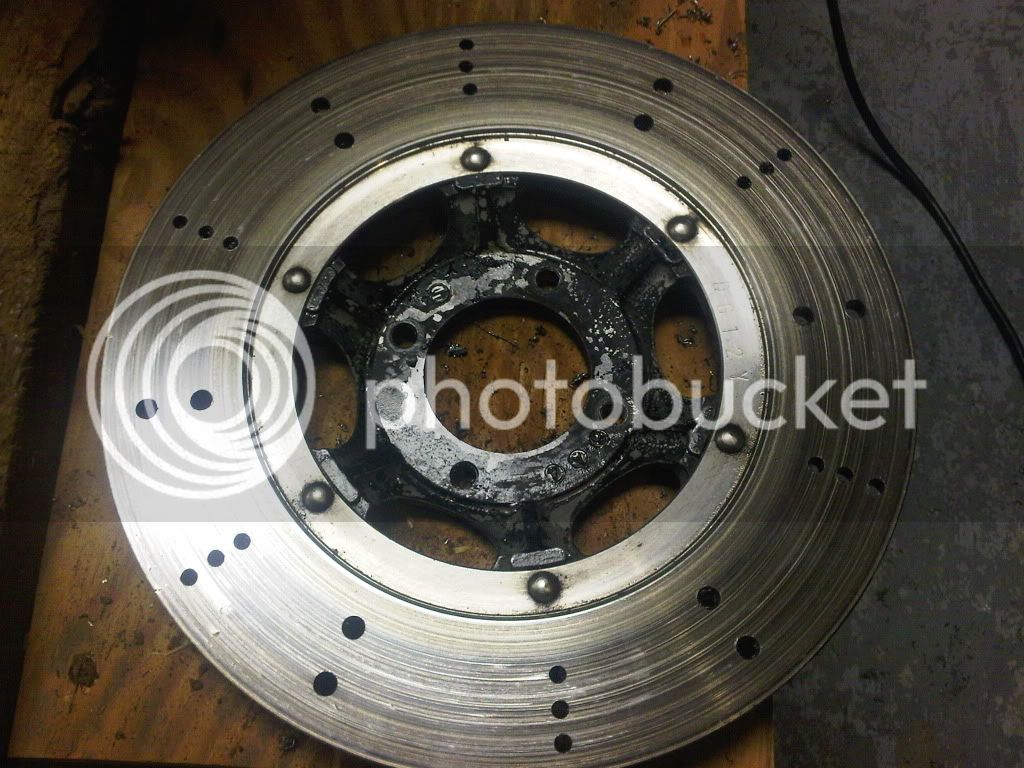 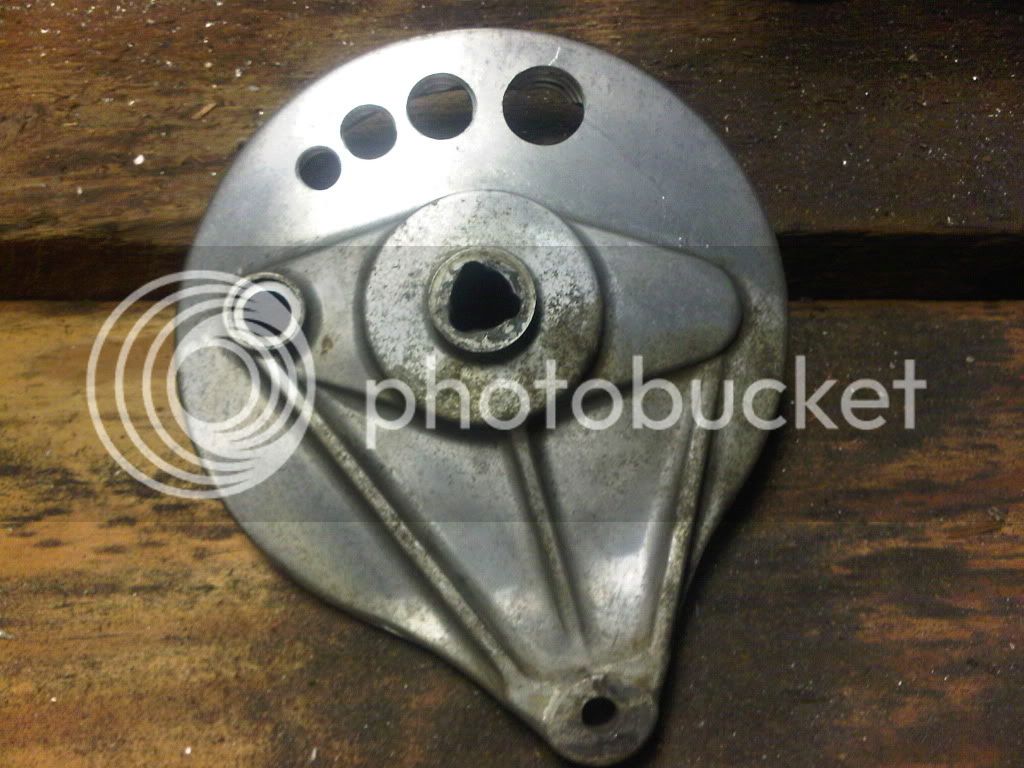 DTT BOTM WINNER
Lookin rad brando!
I can't wait to see it done!
You gonna paint the rotor to?

Thanks Josh, the rotor center will be powder coated the sungold color.

DTT BOTM WINNER
Perfect!
Caroline is going to be one sexy lady!
J

saweet, Caroline is going to be a sexy bitch!

Finally got these finished up! 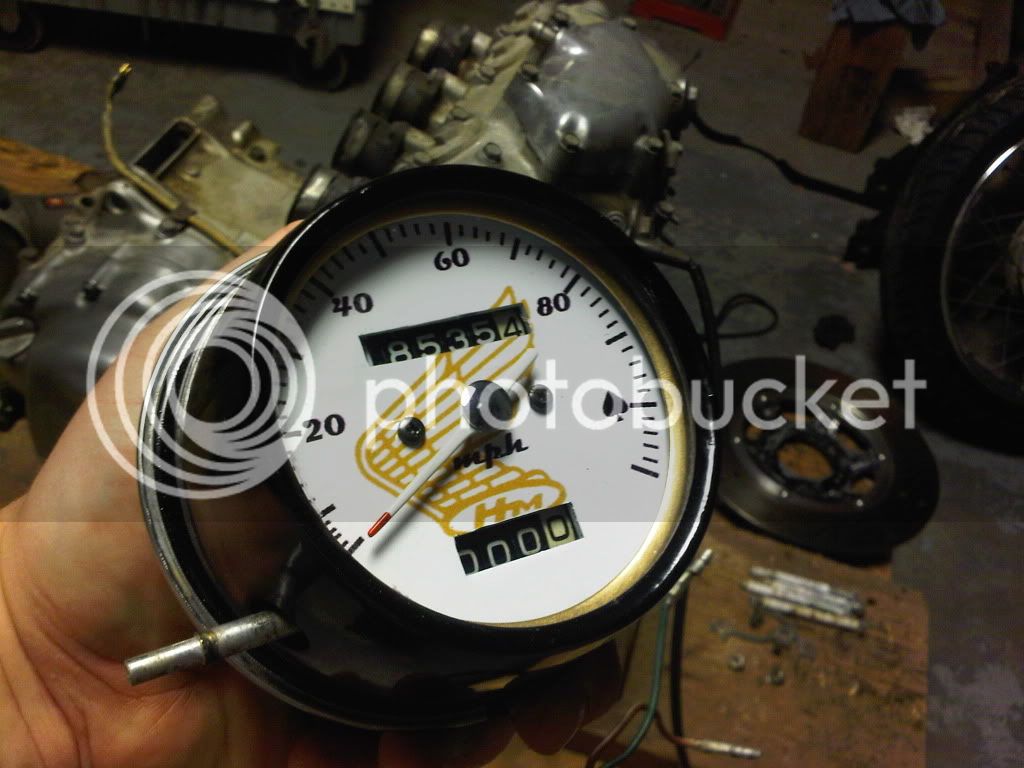 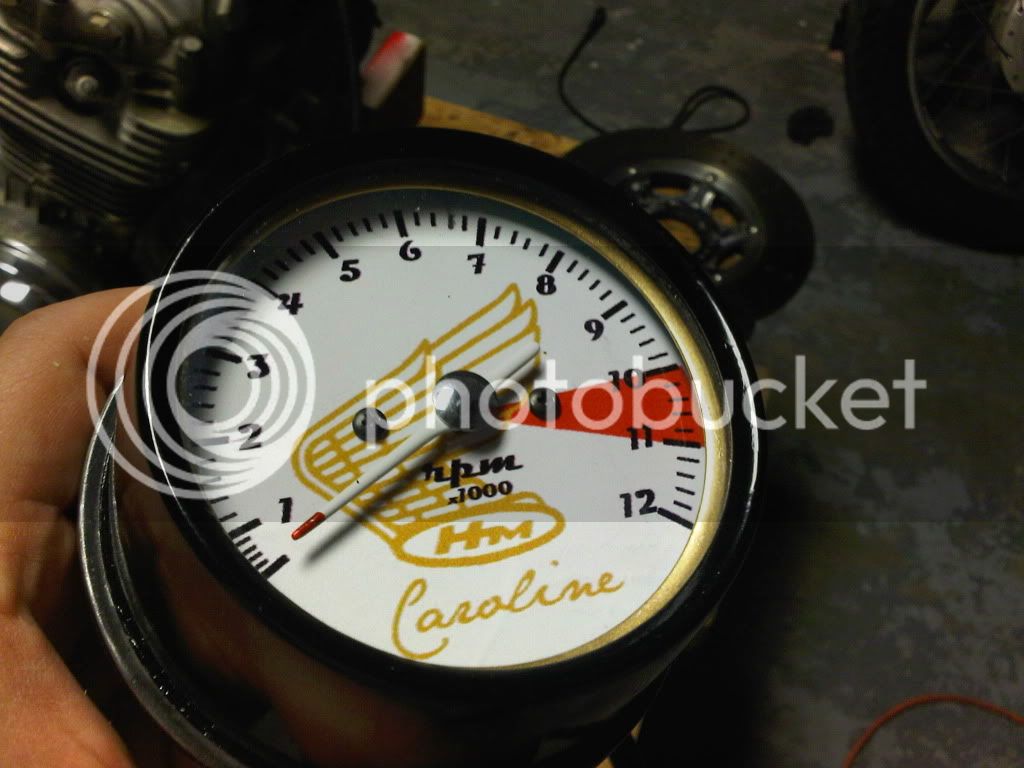 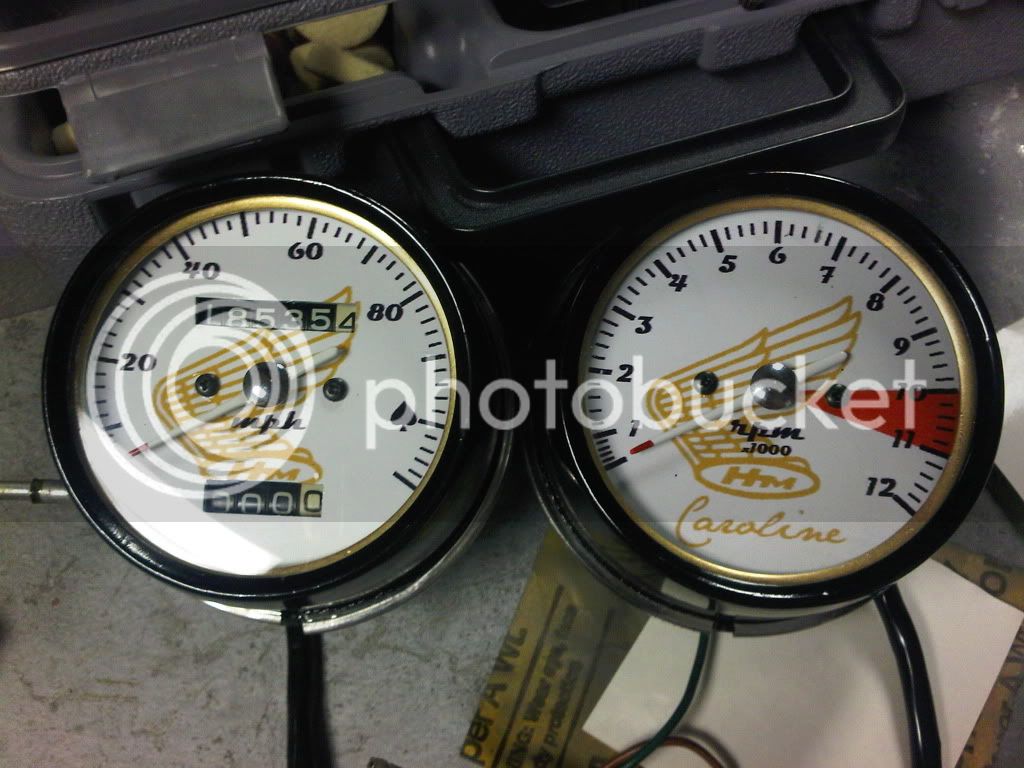 Tried a pic with it lit, but the pic does it no justice! 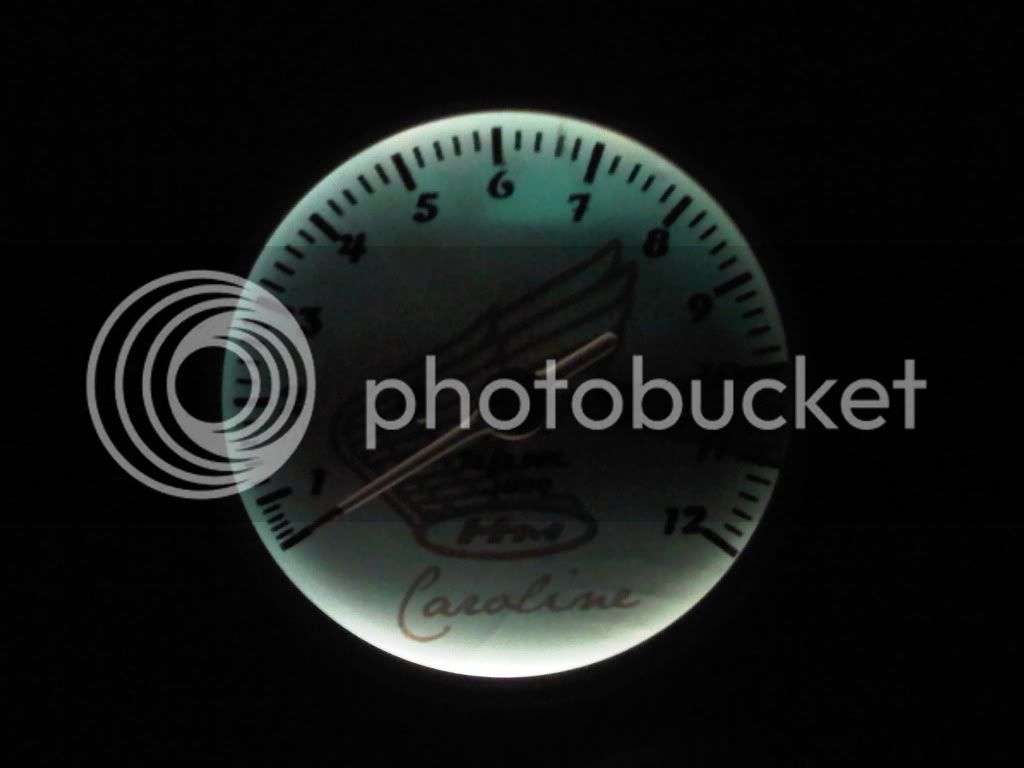 Those look great! Mine are old and gross, might have to pick some of yours up

Looks good B. What bulb is illuminating that? A 194?

Big Rich said:
Looks good B. What bulb is illuminating that? A 194?
Click to expand...