Real back in the day survivor

DTT SUPPORTER
Great looking bike mate, bet you're glad to be working on it again - can you let me know where you got the clear alternator cover - you posted a pic of it back on page one?

Covers, and other great parts here.

DTT SUPPORTER
Nice one, thanks man

This is a great project. You have a nice selection of "back in the day" quality products. I've built several Hondas on AMEN frames and never had a problem. In 1971 a wrecked 550 was dropped off at our shop. The owner wanted it built into a chopper while he was recovering from the wreck. We used an AMEN frame with the HD 1" neck and a 6" over Ness narrow springer. It was nice and light, and handled very well. I think you will enjoy it when you are finished.

I already had a nice few rides on the bike.
Just like you said, nice and light.

I know this is a cafe joint, and I love them too. Working on a period RD cafe myself. But fuck all. Nothing says awesome like a proper chop.

While the Chopper has been on the back burner for a while, it is not dead or forgotten.
During a spring cleaning of my storage unit I moved it to the front of the garage, and dug out some needed parts.

Last season my daily ride was my Norton Commando.

And the plan was to have my Moto Guzzi Ambassador be the daily mount this year, but that has not worked out yet. 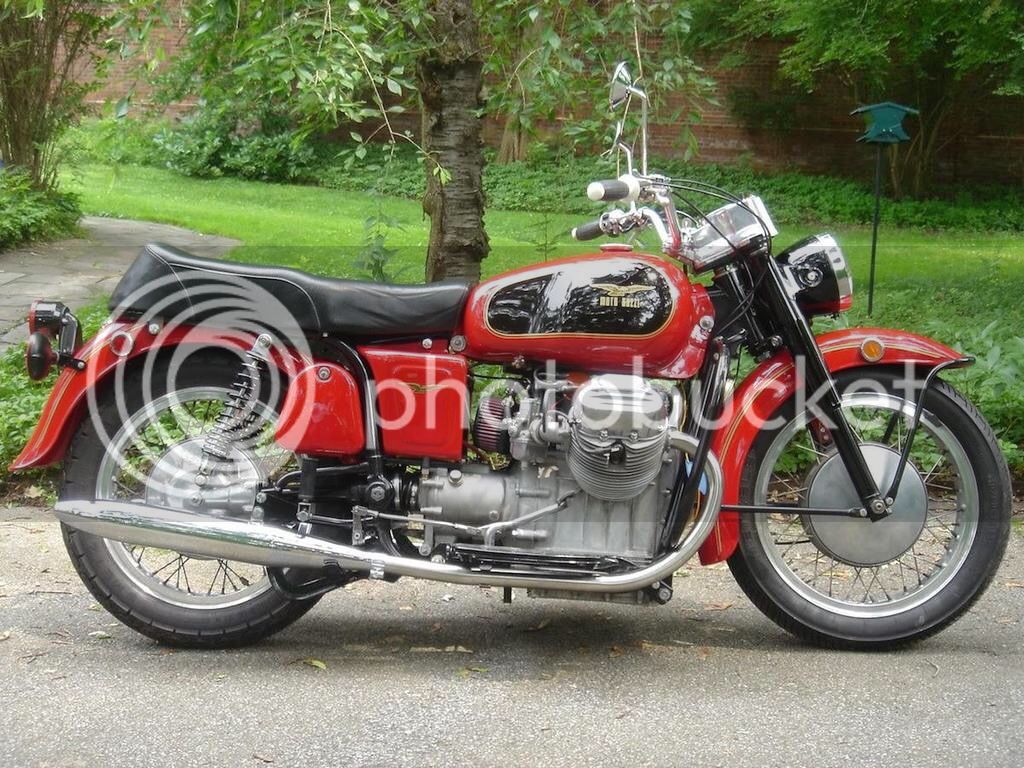 Since I only have room to work on one motorcycle at a time, the Chopper has not gotten much love.
BUT, I can cross off some small projects. I do this by bringing some small sub systems home to my apartment and working on them there after dinner.

What better thing to work on then some outdated and rare ignition?!?!
Not like the top end is off the motor, or that the bike needs a harness to run......NOPE....focus on the important parts....

Over the winter I did score some NOS CB750 pistons for my "Gentleman's Express" engine build.
Need to find a local shop that can modify the pistons and bore the cylinders.

Have a CB650 cam, and debating on a mild head job too.

Ended up with an ARD magneto set up for a CB550, NOT a CB750 one.
I really like these units, and have rebuilt a bunch of them. Super simple, good spark, and look killer.

BUT, I just wound up with a Roto-Faze unit!
This is just next level strange!
Really have a thing for parts that make people go..."what the heck is that?" and this defiantly falls into that category.

Will need a major service, and some rebuild parts for sure.
Roto-Faze seems to be around still, so maybe they can help.
I assume that the service parts like points, cap and rotor are used in other applications.
Just like service parts for an ARD are the same as an old tractor.

DTT BOTM WINNER
Good stuff. This is the year my 70s era CB750 chop sees the light, too. Maybe it's that sort of year. And that Guzzi is gold.

Cool old stuff.
Maybe Roto-Faze used an old VW Beetle cap as it was about the cheapest on the market at that time?
I have a few sets of CB750 pistons but all are 0.50mm or 9.75mm oversize. Going to modify a set for my 77 CB550 as it's done over 74,000miles on the 'original' CB750 'stock' pistons (if I ever get back to Britain while I can still function properly?) Going to need new liners to use anything other than 0.50mm though, spigot gets way too thin

DTT BOTM WINNER
That's a Ford B Model distributor. The advance on them looks almost identical to the mechanical advance on the CB750. Does it have the single points contact?

crazypj said:
Cool old stuff.
Maybe Roto-Faze used an old VW Beetle cap as it was about the cheapest on the market at that time?
I have a few sets of CB750 pistons but all are 0.50mm or 9.75mm oversize. Going to modify a set for my 77 CB550 as it's done over 74,000miles on the 'original' CB750 'stock' pistons (if I ever get back to Britain while I can still function properly?) Going to need new liners to use anything other than 0.50mm though, spigot gets way too thin
Click to expand...

NICE.
Wanta do another set?

The RC Engineering unit used a reverse rotation VW unit. I think this is a Ford unit.

irk miller said:
That's a Ford B Model distributor. The advance on them looks almost identical to the mechanical advance on the CB750. Does it have the single points contact?
Click to expand...

I have heard that it might be Ford.
Dual points.

Been away for a while.

Figure it was time to get back in the saddle and screw some more things up!
Spent most of last year selling off almost everything motorcycle related that I had. Part of it was that the "stuff" just became a burden and very unfun.
I was not doing much with everything and generally didn't enjoy it any more.
Sure having some super rare and interesting bikes was cool, but I seemed to never get traction to do anything productive with them.

Also life was changing, as it tends to do.
Started a new job in a new field doing new and exciting things.
Bought a big dumb house in a neighborhood that is way too nice for me.
Got married about a year ago too.

With all the changes two things stayed constant with my motorcycles.

The CL125, because it is SO good to run around town one.

I still would like a modern-ish bike to just "ride", but have not decided what that will be yet.
For right now I have a bike on the road and one project.
ONLY ONE PROJECT!

New house has a single car garage, but a huge full basement.
In that basement is a nice little shop space that will work perfect for me to tinker, and stay focused on the task at hand.

Can not have a work shop without a bench, so I got to work.

Nothing fancy, but will do the job.
Also will be nice to have a place to store bins and keep things organized.
We are trying to turn a new leaf here....

So here is the bike in it's current state.

Engine is still blown up, out and apart.

The big question at this point is what to actually do with the bike.
Personally I am starting to think that the "patina" has crossed the line into "ugly".
Exploring options of re-doing the chrome and having the tins painted.

Would love some input.

DTT BOTM WINNER
Congrats on you wedding, the new job and the house. Good your back at it.

Sometimes clearing things out makes room for new expansion. On the frame, I dunno. Seems maybe ugly is the new popular color.

Have you thought about a lovely wolf motif?

Congrats on all the new jazz.

Looking forward to seeing this chop get wrapped up.

cxman said:
are those rockers on the front end original or assembled correctly they look like they would not pivot correctly

i am asking about the first picture of your cb500 i just saw this its on page 1
Click to expand...

The front end has caused a few people to question.
I admit I am no expert. 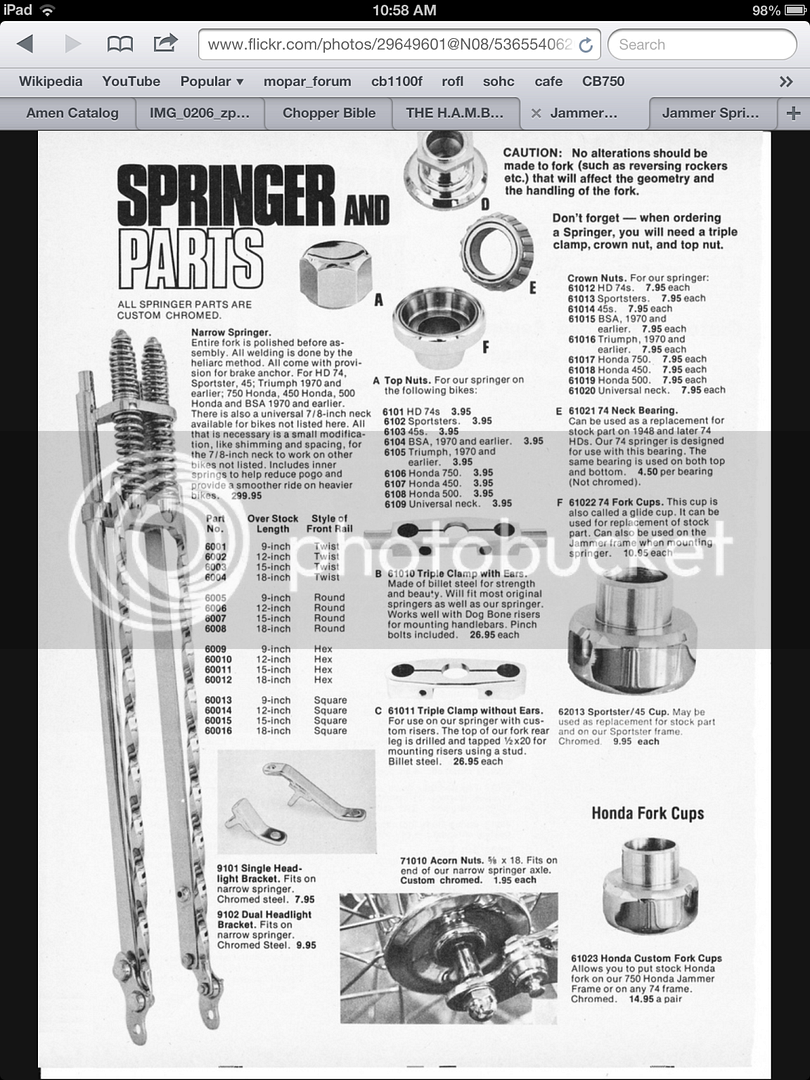 Seems that the front end lower rockers are correct.

I have an issue with the way the brake stay mount is connected.
It should be parallel to the rockers, and it is not.

In many of the pictures the front end is completely unloaded, so that makes it look funny too.

So I REALLY hate electrical work, wiring or anything of the sorts.
In the past I had dismissed the MotoGadget M-Unit thing as over priced and marketed to dumb Hipsters.

Well maybe I am actually a dumb Hipster as the more I read about it, the cooler it sounds.

I get that this chopper is going to be fairly simple as far has harness building goes, but maybe this M-Unit thing is the way to go for me and this bike.
Right now there are no wires on the bike.
What didn't burn (carb fire, or short from years of hacking) got ripped out a while ago.
Either way the whole bike needs to be redone.